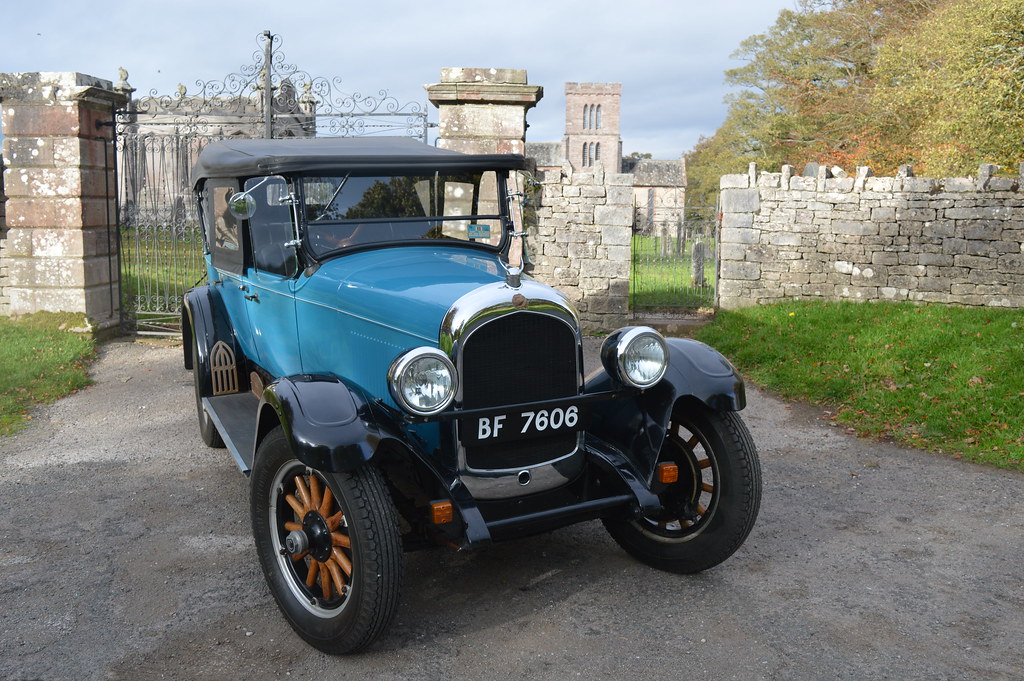 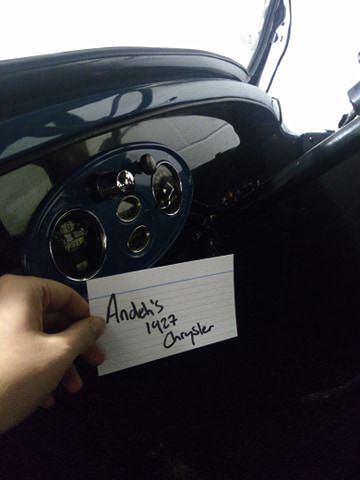 The Rover was a beautiful car, and incredibly rare car. Unfortunately its uniqueness was also its flaw – I didn’t dare use the thing for fear of breaking it. So I went off to look for something different, and find what I was originally looking for anyway – a 1920s tourer.

I went off with grand dreams of having a nice Alvis or Riley tourer, but of course budget places these out of reach, so I focused on finding a solid Model A Phaeton – something I could work on easily, get parts for and ultimately afford to use.

I did go and test drive a Model A trials car which went like utter stink on the open road (I think it’s ‘standard’ classification trials might have been stretching the truth), but unfortunately the body was a just a bit too gone for me. I was looking for something I could take anywhere in this country, and across to Europe a couple of times a year, and a trials car with rusty holes in the scuttle didn’t fit the bill for me.

I found this Chrysler in a club magazine, and it caught my eye immediately. As much as I’m a Ford fan – the Chrysler was better looking, more advanced, and ultimately better value to me than a Model A. The Chrysler 60 is the smallest of the 6-cylinder Chryslers with the other models being the 70, and 80 (Imperial), as well as a smaller 4-cylinder 50. Chrysler model names donate speed, so a 60 would do 60mph.

When Chrysler debuted in 1924 they were pretty revolutionary – the first production car with hydraulic brakes for example, and other features such as replaceable air and oil filters were also ahead of their time – for comparison Ford didn’t have these features in their Model A which debuted three years after Chrysler’s car came out. This 1927 model isn’t much different to the early 1924, and is an example of what Chrysler brought to the market and managed to capture people’s attention at the time.

I went to view the car once I had the money from Bonham’s for the sale of the Rover, and ended up laying down the cash that day. Bodied in Sydney, Australia by T.J Richard’s it’s a five seat tourer and was only imported to the UK in 2015, I’m the second English owner. My original plan had been to road trip the car approximately 300 miles to home, but real (work) life got in the way and it had to be trailered back up north in October.

Ultimately I dodged a bullet not driving in as I had an early breakdown when the fuel filter became clogged, restricting power somewhat. The drain tap on the radiator has also broken off, and my temporary patch on the lower tank needs seeing to properly in the near future.
Still I’ve done over 350 miles in it so far, and I adore it. Much easier to drive than the Rover, despite both being 6cyl, the Chrysler is much more torquey. Once it’s into third it pulls like a train and you can turn into junctions at 15mph without down changing! It is centre throttle however, which was popular on Australian cars and that has taken a little adjusting for me.

I’ll be taking this car into France in the spring, and it’ll be spared a life from trialling. Mostly. It’ll do one event a year which my Austin isn’t eligible for! 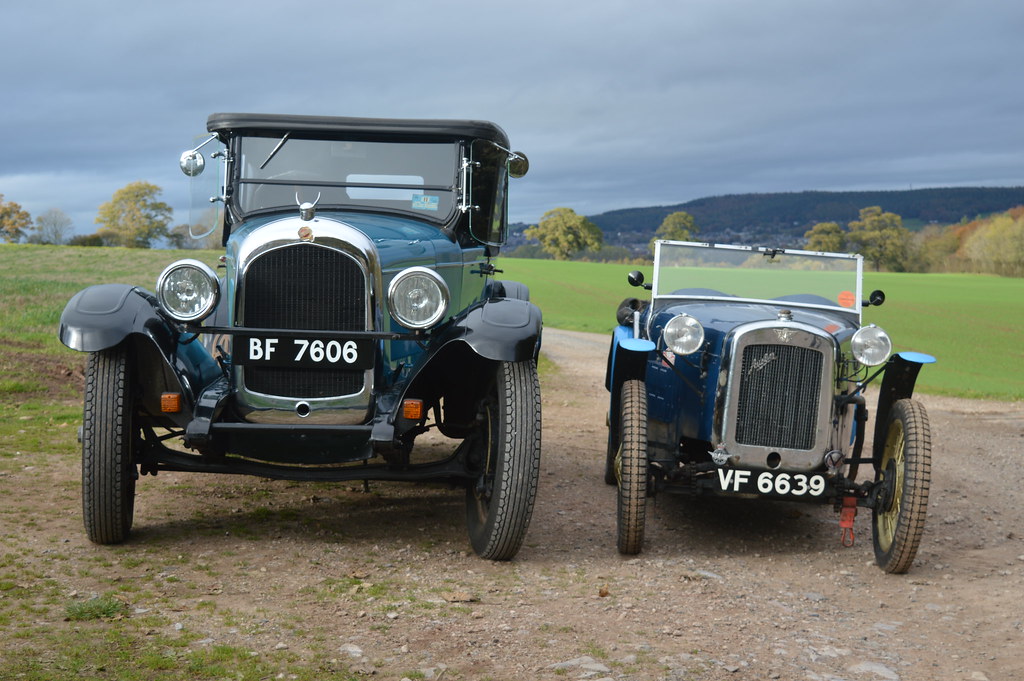 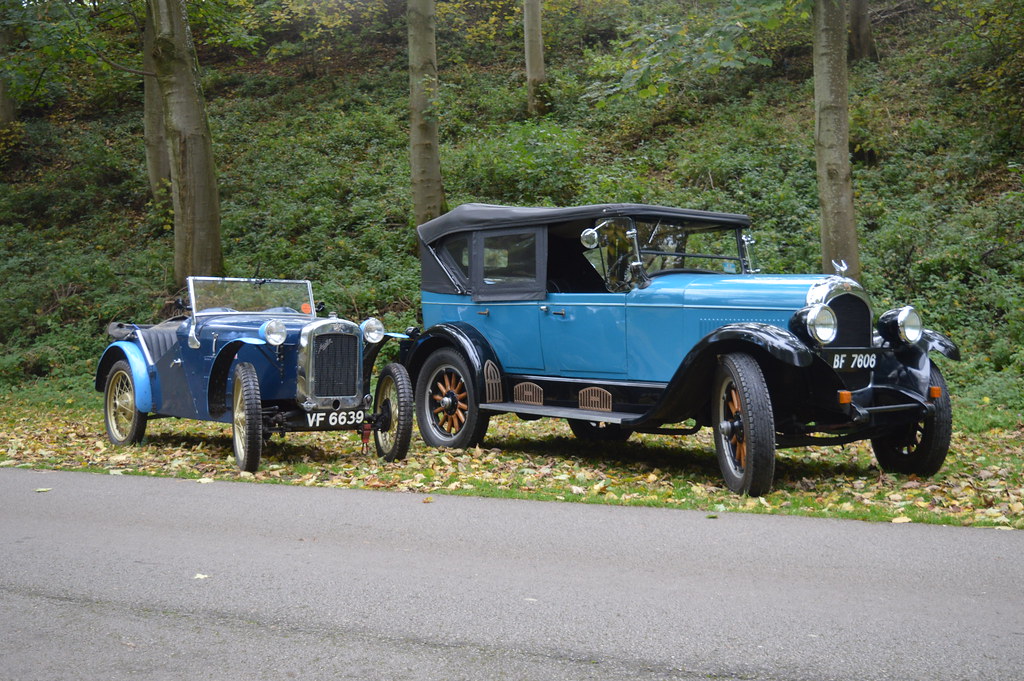 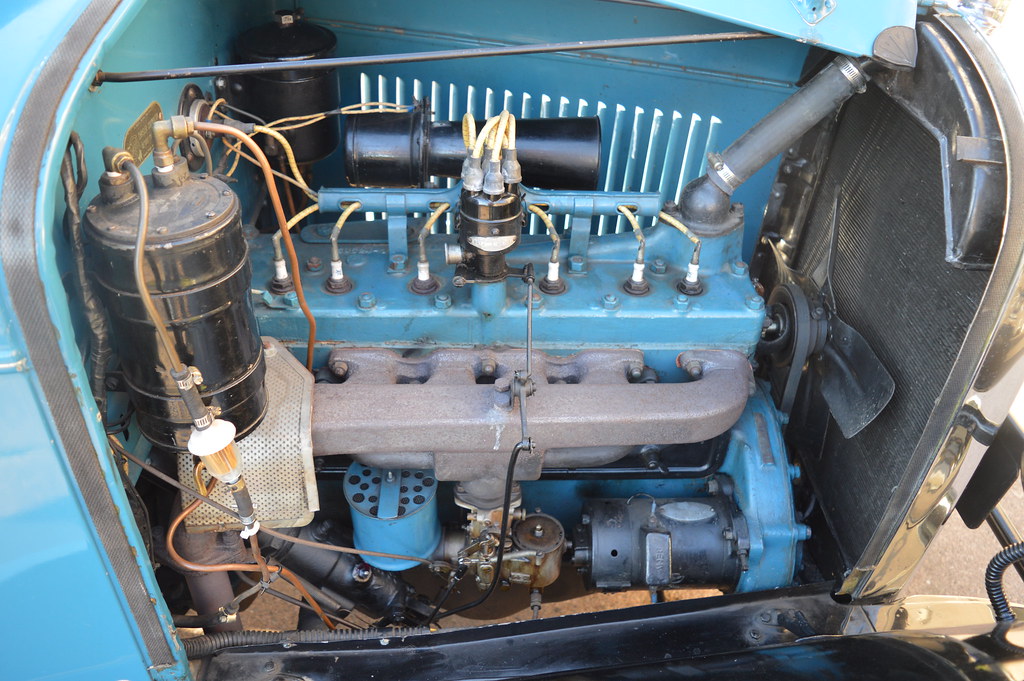 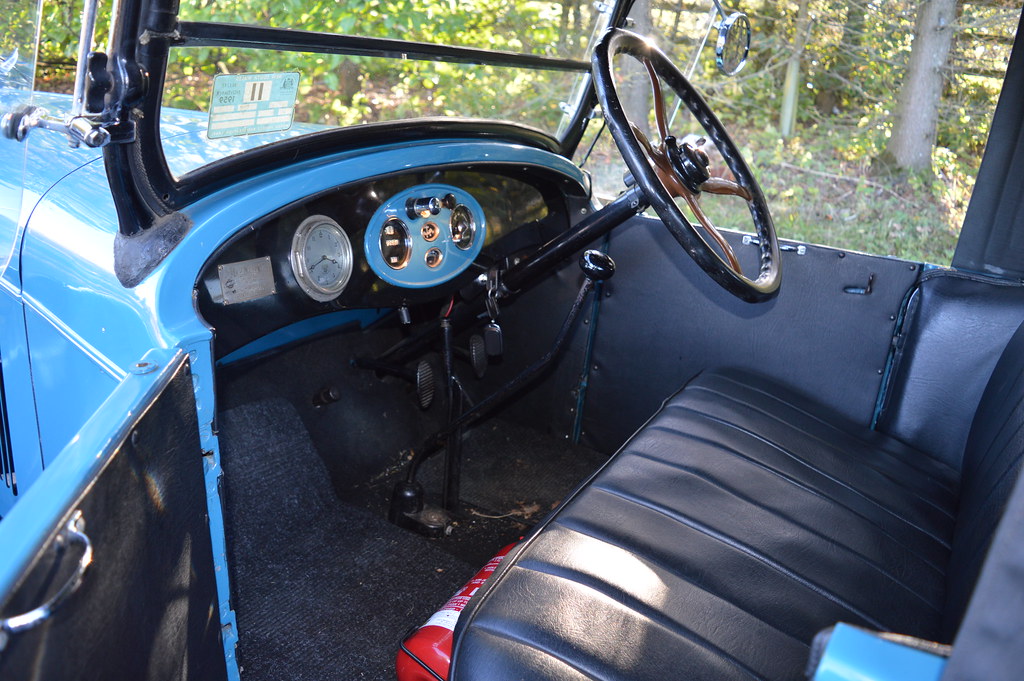 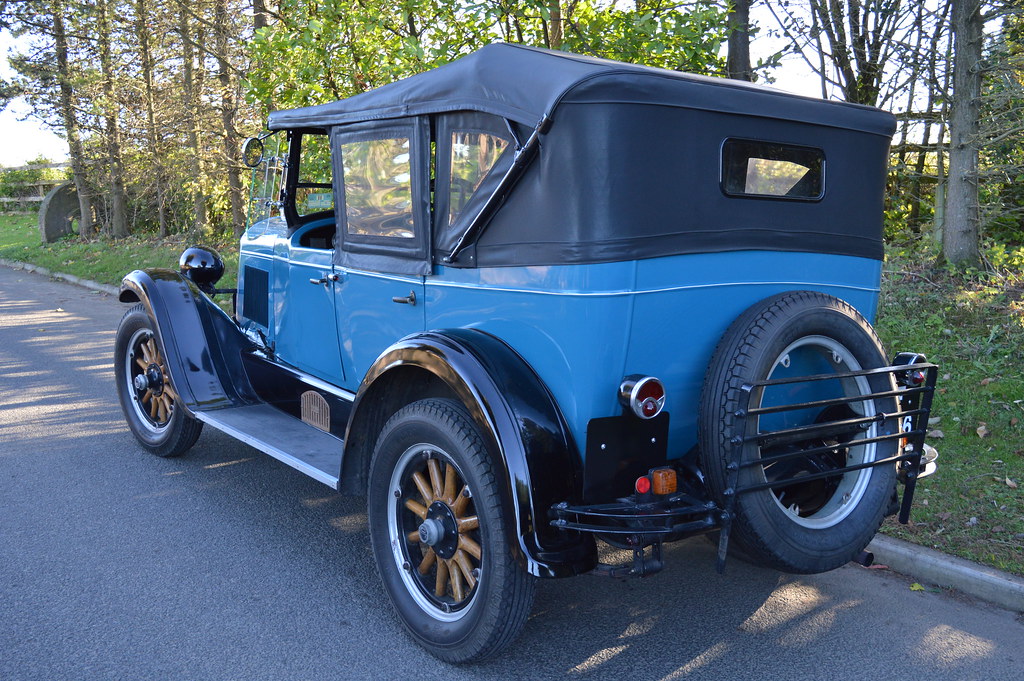 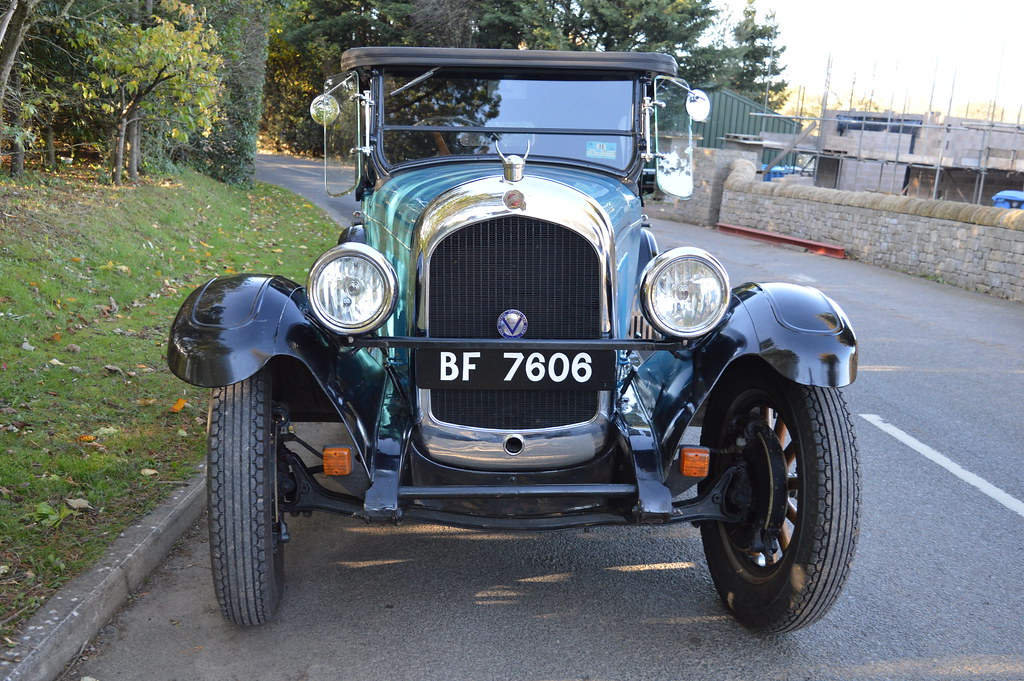 congrats, and thanks for the recap, because i was losing track
you have a pic with the roof down?

I love cars from the 20s and 30s that people will insist on are just shitty. Have loads of fun with this!

And please don‘t put anything from it that doesn‘t fit the era. Stay classy!

Thank you both! Rest assured it will remain entirely in period, I have no interest in making vintage vehicles modern.

Unfortunately I haven't had the roof down yet... it seems the owner who restored it in Australia never wanted to remove the roof, so has effectively fixed it in place. There's great wads of padding between the hood and the frame to make it more taught on the move, and this means that when you start to fold it, it ends up in an ugly heap over the rear rather than a nice fold. The rearmost side screens have also been nailed into place to stop them flapping. I'll address this when the weather is better, as I definitely intend to get the roof off as much as possible! I'm leaving it for now though, as I fear it may be too slack without the padding and will require adjustment. Being winter I'd rather just leave it be for the next few months.

Should look like this when I get it correct. 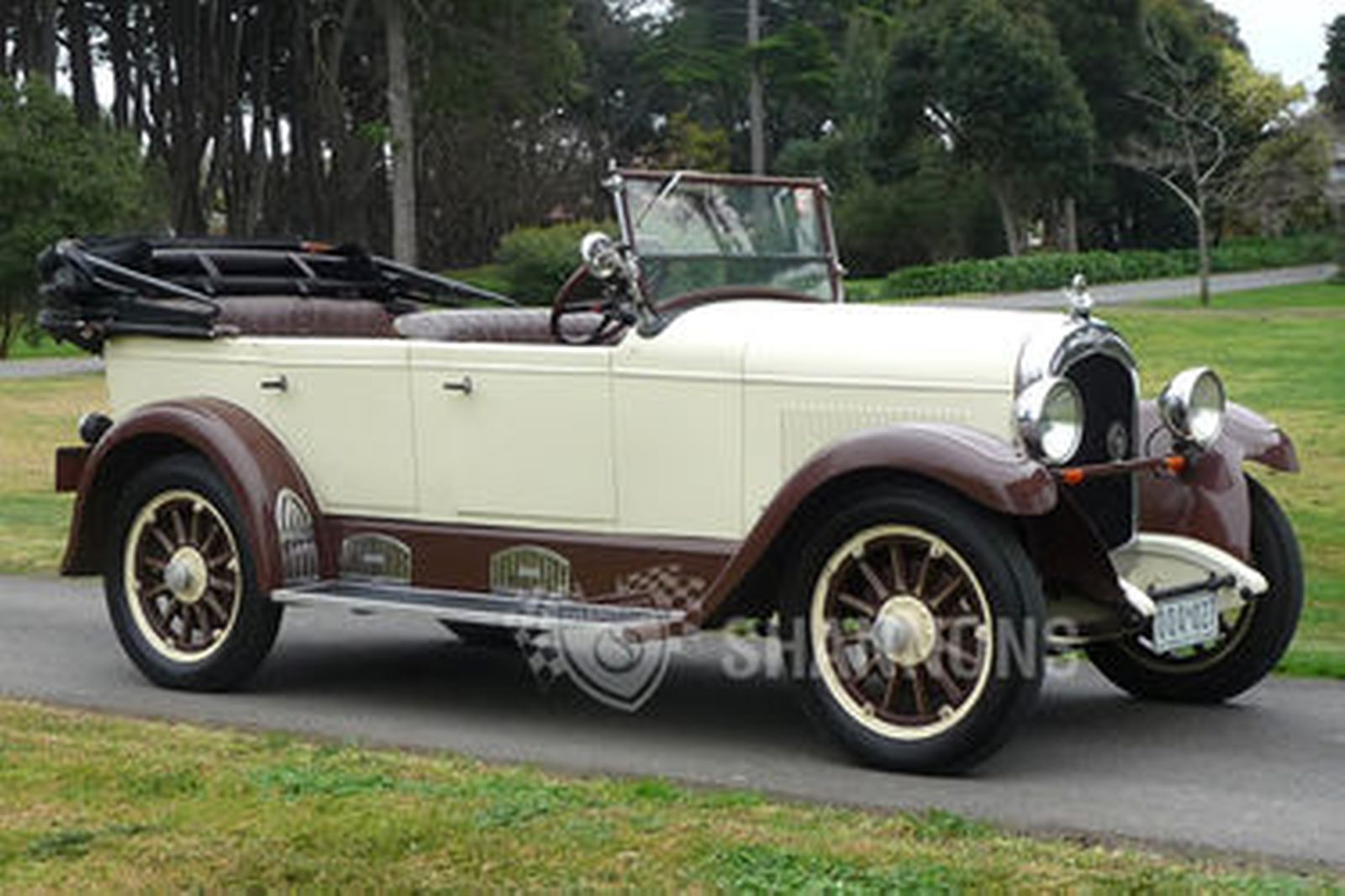 Discovered a few weeks ago it's actually a summer 1926 car, at least by the chassis tag and a ye-olde Chrysler decoding book I found online. Quite a nice surprise, as the older the car is the better in my eyes, although I shan't be updating the logbook to reflect this information. As they were assembled from CKD kits in Australia, it could still be a 1927 car by the time it was shipped from Detroit and bodied in Sydney.

Spent some time having the dynamo fettled, the car had been switched to 12v but the dynamo was still wound for 6v. This now charges nicely, but I also discovered this after cleaning all the contacts on the ammeter which was barely working! I've also started converting all the bulbs to LED to reduce the load on the dynamo.

Had the radiator professionally repaired where the drain tap broke off last year - new vintage tap and watertight for only £40! God bless old men in sheds who work to keep stuff like this alive and know the old trades - I do worry for the day when these skills are lost completely.

Next stop is to investigate a clutch squeal, and get the hood off!

You nut! I love this, you’re ability to keep these maintained and you drive them is something I’m quite envious of. This is awesome. Think a lap around the ring in August is possible?

Did the Americans already start with the "model year" stupidity back in the 20s? Lucille is a 1972 model eventhough built in November 71, as the next-year models get introduced in fall...

And of course, awesome purchase! I'd love to see this beauty tackle the Nordschleife!

Dr_Grip said:
Did the Americans already start with the "model year" stupidity back in the 20s? Lucille is a 1972 model eventhough built in November 71, as the next-year models get introduced in fall...

And of course, awesome purchase! I'd love to see this beauty tackle the Nordschleife!
Click to expand...

There is nothing wrong with the US model year system. It makes much more sense than deciding the model year by when it was registered.

What is wrong is doing a Mopf every year.

I speak very little German and read far less, so could you just explain Mopf.

Mopf -> Modellpflege -> Facelift. It's actually not even mainstream German but Daimler internal lingo. It's widely used among german-brand car people outside the German speaking countries as well...

from what i got from the text, a mopf is a facelift...

There are examples in the US system that annoy me too. 64 and a half Mustang, I am looking at you. The last 96 Buick Roadasters rolled off the line in December of 96.

GRtak said:
64 and a half Mustang, I am looking at you.
Click to expand...

I'm sure you know, and that's probably is what annoys you, but they were all titled as 1965. What I understand is there were a few changes that differentiate between the 64.5 and 65, but that's purely for collectors to argue.

Yes, that is my problem. There should be a limit within the US setup that limits how early a new year can be produced.

So, time for some updates!

The clutch squeal only got worse and worse, so we dropped the gearbox last week and took the clutch plate out. It was shagged, hard as a rock, shiny, cracked in places and riveted completely randomly. Took it to a specialist in Leeds to have it relined – when they took the old asbestos material off they concluded that it was previously relined by a guy in a shed without any real skill. The uneven rivets had knocked it out of balance and meant it wasn’t engaging evenly. It’s now had new material bonded to it, and it runs true. After refitting, it cured the clutch issues!

(Old and busted, vs. new hotness)

The hood did require the padding to literally be torn out, which I did the other week. It now goes down beautifully, and it’s a much nicer car without it. I’m sure it will have lost some tautness when erected (tee-hee), but it’s worth it actually be able to take it off.

The water pump also developed a leak, after investigating all it needed was a seal repacking with some wadding – cheap fix, and it holds its drink again.

Now all those issues are sorted, I’m looking forward to using it a lot more.

Bring it to Ringmeet?! Needs a lap!! (shotgun!)

I second what Thomas said.