The Mercedes-Benz 300 SLR was a sports racing car in 1955. Despite the name, it was neither based on the famous 1954 Mercedes-Benz 300SL road car with Gullwing doors, nor on the earlier 1952 race car.

Instead, it was based on the 1954 and 1955 Formula 1 Mercedes-Benz W196 race car with 8 cylinders in line. The engine capacity was enlarged from 2500cc to 3000cc, and regular gasoline was used rather than a fuel mix including methanol. Also, it had two seats, of which one was covered to improve aerodynamics, unless a co-driver was on board, of course.

This was the case when Stirling Moss won the 1955 Mille Miglia with an average speed of 157.65 km/h over 1,600 km (97.96 mph in 994 miles) with the help of Denis Jenkinson, a British motorracing journalist, who informed the driver with previously taken notes, similar to the road book in modern rallying.

The 300 SLR scored additional victories in Germany, Sweden, Ireland and at the Targa Florio in Sicily, and won the world championship for sports cars in the constructors' ranking. The 300 SLR was withdrawn from the 1955 24 hours of Le Mans while leading after a horrific accident involving one of the team's cars killed 82 spectators.

Also, at Le Mans, the 300 SLR were equipped with "air brakes", large hoods that opened up behind the driver in order to slow down the cars at the end of the fast straights. This was done as drum brakes were still used, while main rival Jaguar already had disc brakes.

All 300 SLR race cars were open top, none had Gullwing doors. For test purposes, two road legal SLR were built with Gullwing doors, and used by Mercedes chief engineer Rudolf Uhlenhaut as his daily driver to work. This Uhlenhaut Coup? was regarded as the world's fastest car in the 1950s.

such a great car ..... so little money in my pocket 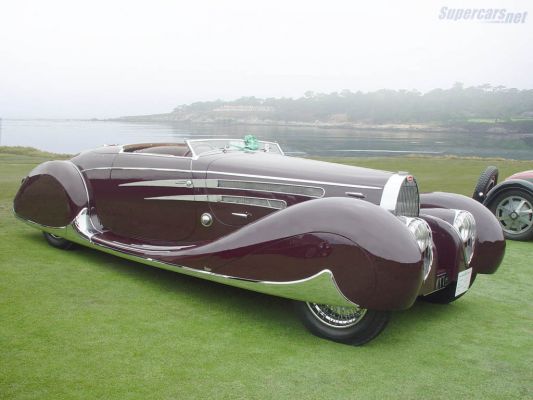 Aah, finally, Australia shows up as well (But can't really live up to the other ones you posted imo)

Yeah, it's a pity that the Torana GTR-X never actually made it into production though.

And a new one, the Laraki Borac:

Magnet said:
And a new one, the Laraki Borac:

Are they actually going to build those?

The post-1998 Chrysler LH cars are IMO some of the more underrated beautiful cars out there, especially the Concorde and LHS.

And now put your glasses back on, please. (Are you serious?)
U

He can't be. Look at it, its all wrong. Starting with the proportions already.

It's the worst of the Two-Box design combined with the "looks like it was shit through a goose" design phase where everyone was making round Tylenol capsules on wheels. The only car more boring is a brown Buick Century from the same era.

At least if it were ugly it would have personality, but this has all the presense of plain yoghurt and dry rice cakes.

How the hell did we have a nice line of Gorgeous cars (starting with the SLR) this page and end with that....

That's like blocking a field goal and running it all the way back to the 5 yard line, and falling cause your shoes untied.

I love the Bugatti above - cracking motor.

The cab forward designs of the 90s sucked ass. Only the 300M looked somewhat ok.

Location
Uni of NSW most of the time.

No. Just... No.
It looks as though it's going to tip forward at any moment.

Magnet said:
And a new one, the Laraki Borac:

Are they actually going to build those?
Click to expand...

A good photographer can find a good angle on just about any car. You found the one good angle here. These are the others. Still think it looks better than a Dusenburg?

Here ya go! No worries, really. That is a great photo of that car, there is no denying it. When I first saw it I was captivated by the lines too, but as I looked closer I started to wonder where those lines went.

Blind_Io said:
Still think it looks better than a Dusenburg?
Click to expand...

Who said I thought it looked better than a Duesy? I still think it's really good-looking. At least the basic shape is.

by category (impossible to choose one)