Man, that's some bad luck. Glad you are OK.


Oh and why hasn't this been posted yet?

Thanks everyone?I'm ok, honest. And the bike should be easily repaired. We'll wait to see what insurance says about the whole thing.

If you need a replacement mirror I still have my original set.

As for the scratches on the instrument cluster, a Givi windscreen will hide them. And as a plus the windscreen also functions as a windscreen. 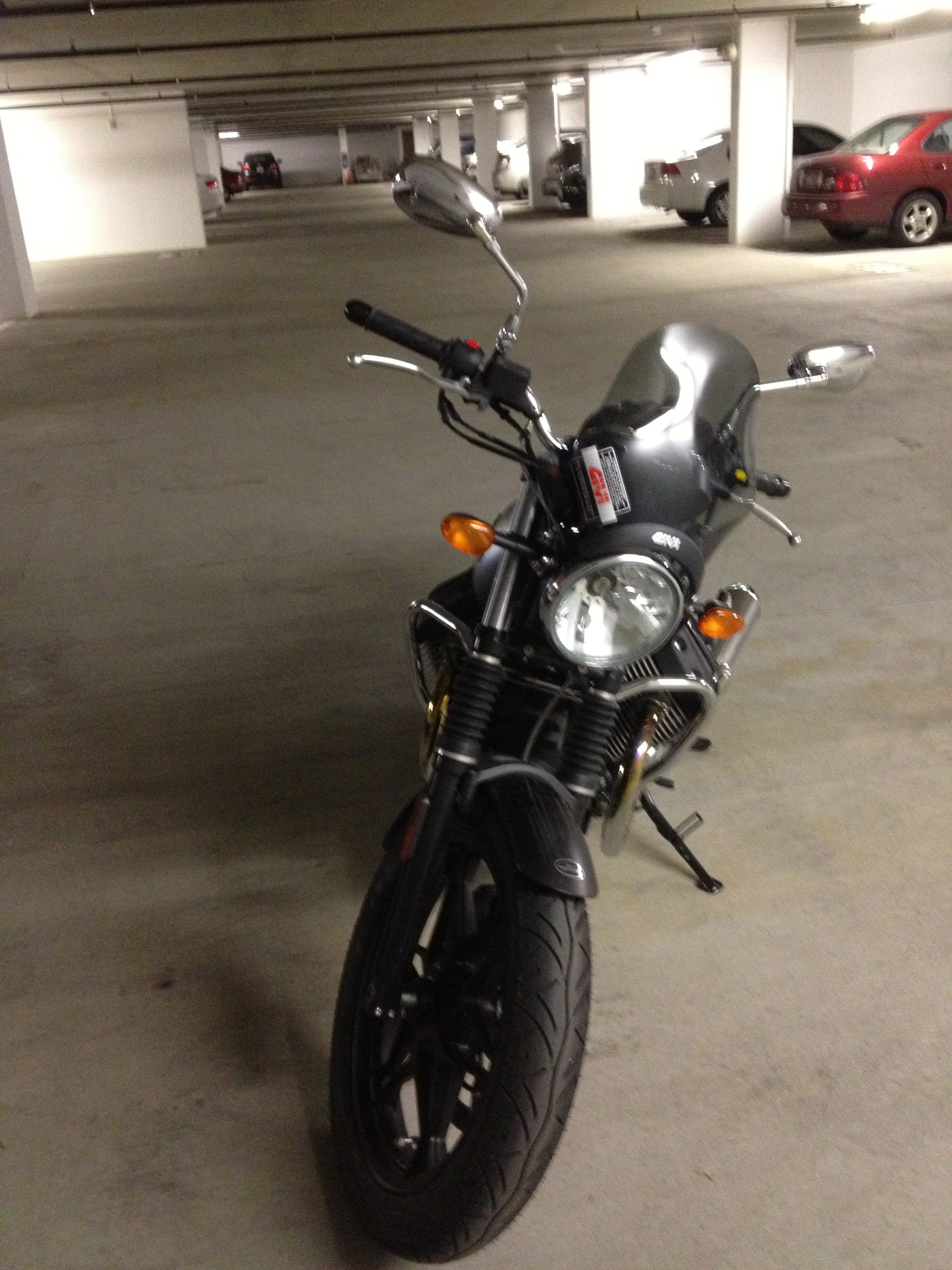 dude, you just can't catch a break, now can you?

Hang in there, and maybe in a couple of years you will look back at all this and laugh.

argatoga said:
If you need a replacement mirror I still have my original set.
Click to expand...

Thanks, I'm probably going to opt for the Oberon bar end mirrors (no cheapo knockoffs this time, now I'M SPLURGING) and replace both damaged parts at the same time.

As for the windshield, I had a Dart windscreen which looks great. The plastic got too scratched up after I dropped it twice before (!) and I had to throw it out, and I still have the mounting arms. Also, I likely won't be paying for these parts. I had it shipped about three weeks ago from Los Angeles, with no issue, from the dealer where it basically sat for a month and a half. And since then...it's been sitting. (Too hot to even sit on the bike, much less work on or ride it.)

But now that the weather has reached sane levels, I splurged and bought the Oberon Streetfighter mirrors, as previously threatened. They're very nice. No, wait, that's an understatement. These things are honed to a razor's edge. They were pretty easy to install, even though I managed to strip one of the bolts that they supplied me, not just fucking up the threads but bending the end like a half-finished cigarette. :?

They're really easy to position, and they may look small, but on the road they give just enough of a view. I also installed new footpegs and brushed some surface rust off the forks.

And then, I painted the tire letters. ADDS HORSEPOWER. What's the point of having tires that say "SPORT DEMON" if you're not gonna show it off?

Not all has been good and dandy in the Moto Guzzi life, however. I mention that here.

I like the white letters. They fit the bike perfectly.

Agreed. Cafe Racer factor is just one pack for Camels from being turned up to 11.

Though I may just get the Mistral slip-ons and wrap the gross-looking headers in black exhaust wrap.

What set of Mistrals are you looking at? My mufflers are banged up and need replaced. Apparently being hit by cars isn't too good for them. The next day, the MAINT display came on the LCD. I freaked out. Then, I looked in the owner's manual and found that it comes on only when it's time for scheduled maintenance?of which I am still nearly 2,000 miles away. And I just came back from the dealer.

I'll call them tomorrow and ask if they can reset it.

OMG, this thing has a twin lenghtways with drive shaft?????

I think i wanna live again.

Look what came in the mail today, all the way from Ukania! What's in the box WHAT'S IN THE BOX NOS Hiway saddlebags! They smell like your grandad's bookshelf. All wood and leather and mothballs.

The color is definitely less orangey than the eBay photos, thankfully. It came with an extra set of black straps, for when they inevitably tear asunder. The edges are crudely covered in what looks like wax. I wouldn't trust the waterproofing until I get at least some leather cleaner and protectant when Handz mails me a free set, YOU HEAR ME, HANDZ There's a metal rail that goes around 3/4 of the sides, where the straps attach. The leather definitely feels like how old car seats feel, and they both manage to feel sturdy and fragile at the same time. Being 50 years old, I plan to just put groceries and possibly beer in them, or at least a few books and postcards. Very hip. Very chic. ACardboard lining goes along the bottom and front/rear sides. A pack of gum, for crappy size reference. hiway to the Danger Zone.