(with some help from Spectre)

As most of you know, I've been on the hunt for a classic US V8 wagon for the better part of the summer. The rationale was to use the combined facts of a) me going on US holidays anyways, b) me having a steady job and c) me not having any financial responsibilities like kids to fulfill the petrolhead dream of buying a US car, doing a roadtrip and shipping it home to Europe.

Luckily, FinalGear is full of of awesome people and CraigB is one of the most awesome (and slightly mad) person on this board. When he found a less-than40K-miles '72 Ford in Ohio, he kindly offered to check the car out in person for me and call it a family holiday. We liked what he saw, haggled the seller down some $800 and yesterday, CraigB (and his wife) again drove 15 hours with a trailer in tow and thus we ended up with this: 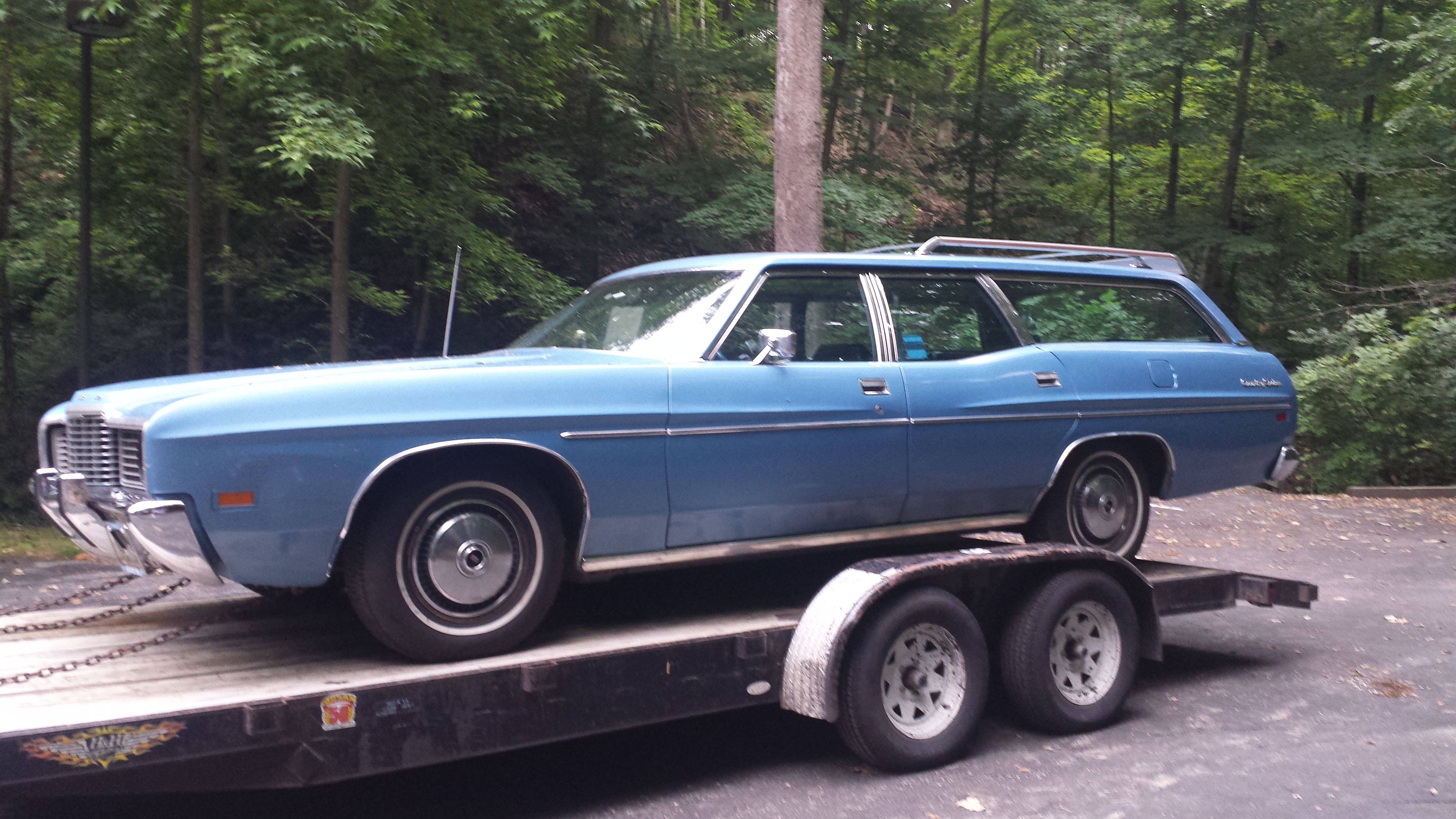 He was even kind enough to provide the required proof pic: 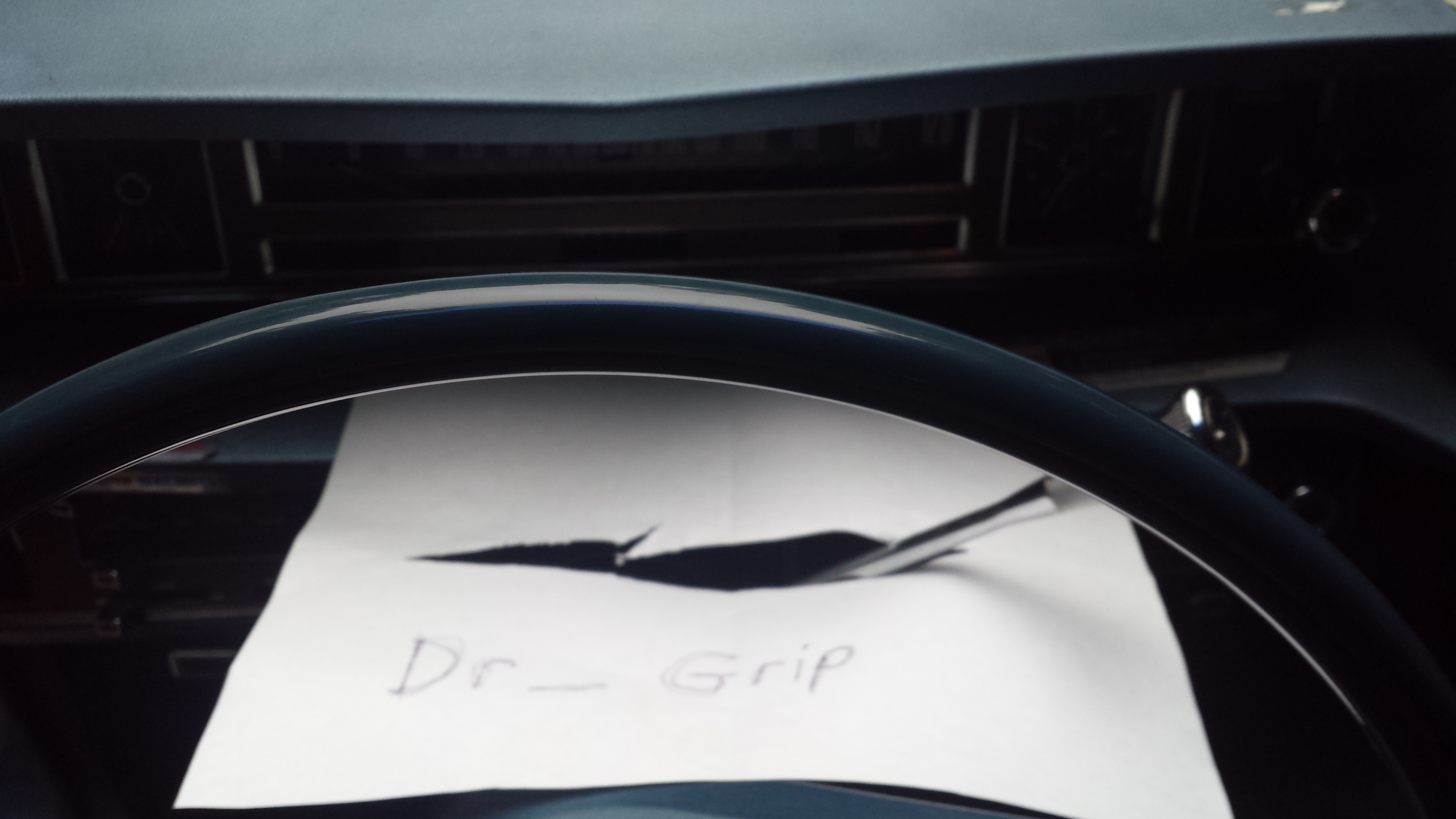 Craig says her name is Lucille. That's a country song name, I can't argue with that.

She's a Country Sedan, which is the wagon equivalent of a the full-size sedan's Galaxy trim level. She has the 400CID Cleveland small-block mated to a C6 three-speed automatic (the 400 small-block used a big-block bellhousing because of massive torque), sits eight, has a few dings and dents ("patina") but all in all is a very solid survivor.

Next step will be reqular new used car maintenance, necessary fixes and most likely even some performance upgrades (breakerless ignition, Edelbrock intake manifold, 4bbl carb). Then she will serve as Craig's daily driver before I pick her up in October and put another 4000 miles on her within three weeks, doing a roadtrip from Chicaco through Memphis over to New York City.

Here's a combination of pics from the ad and pics Craig took when checking her out in June: 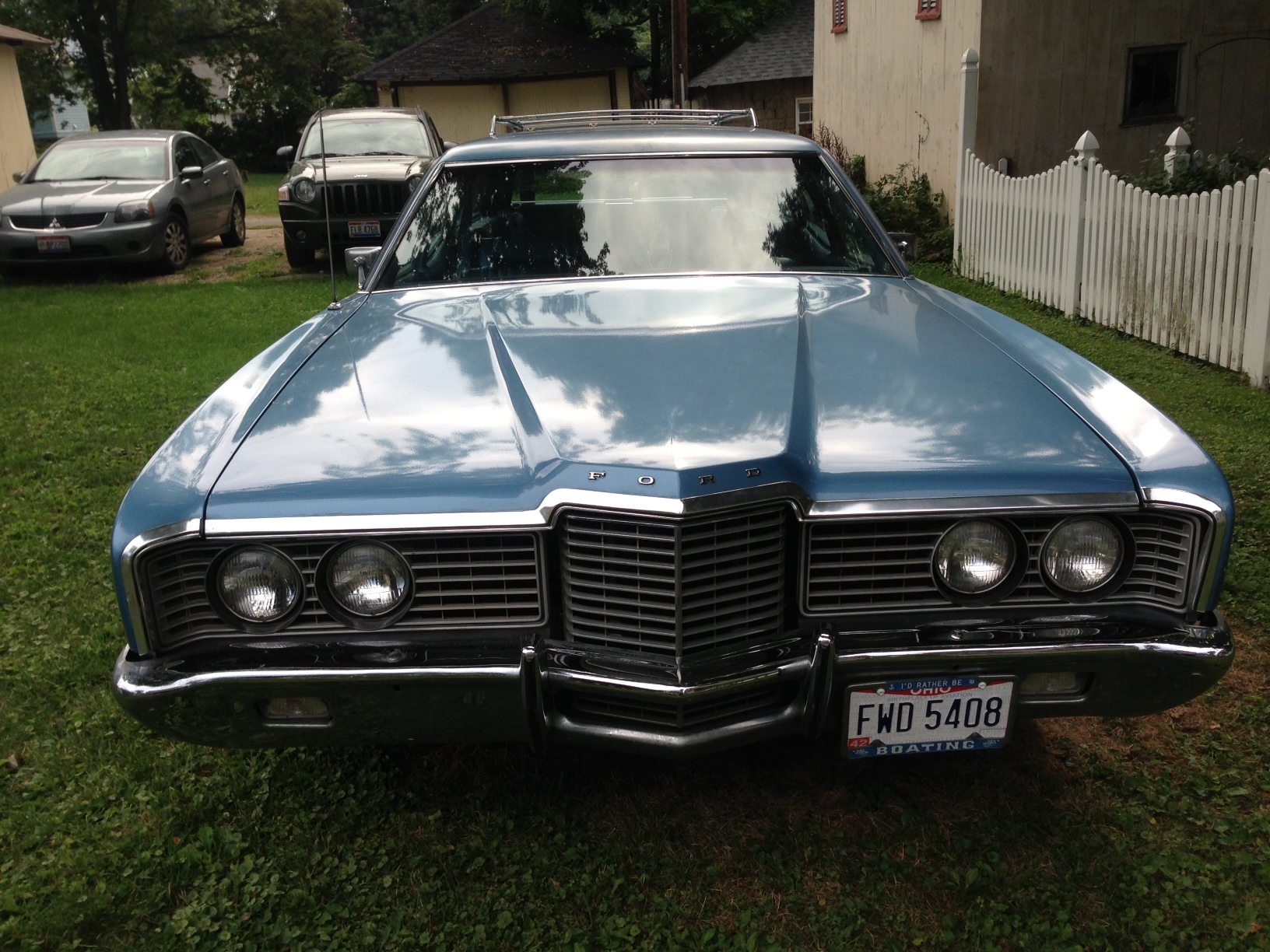 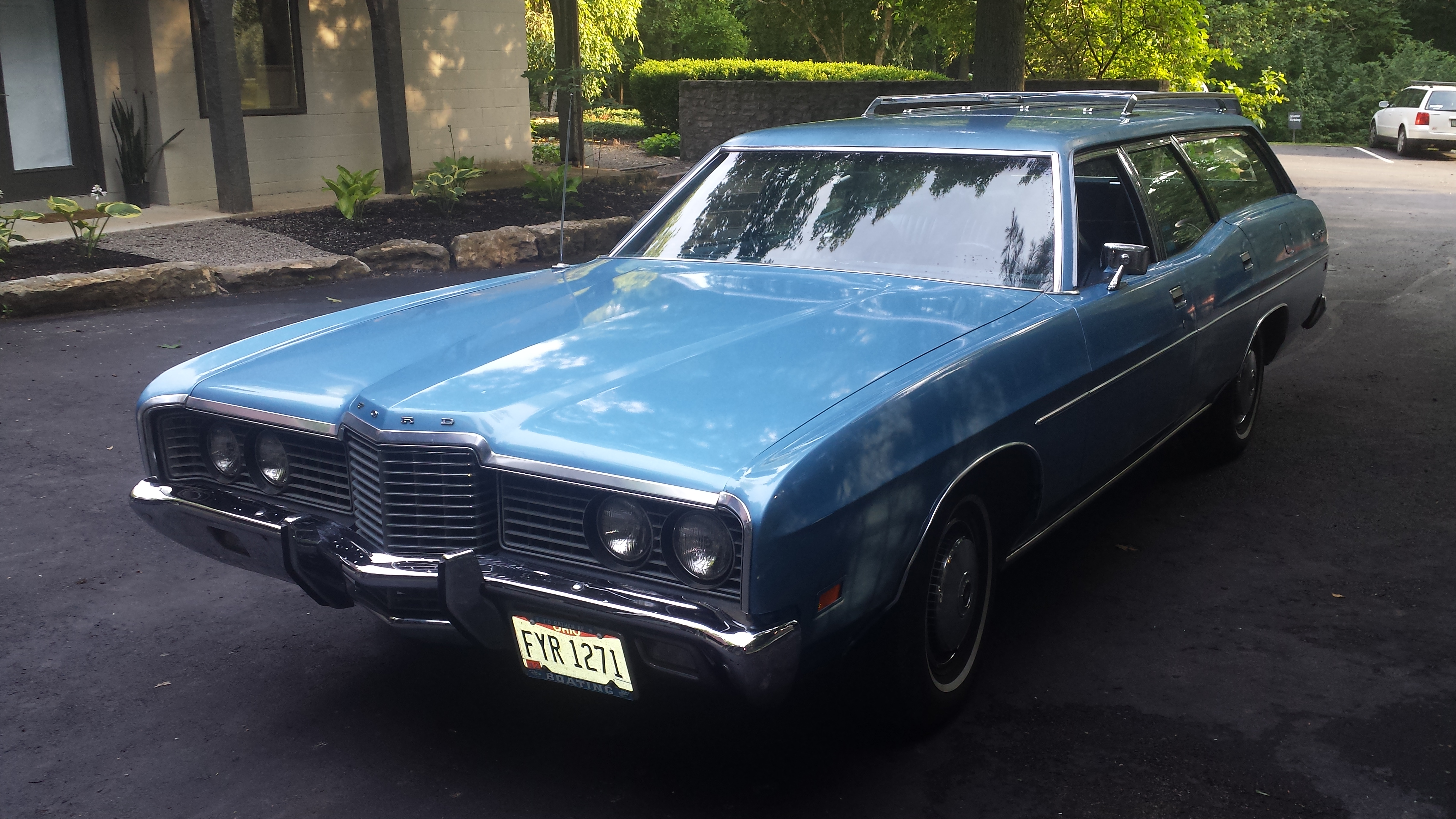 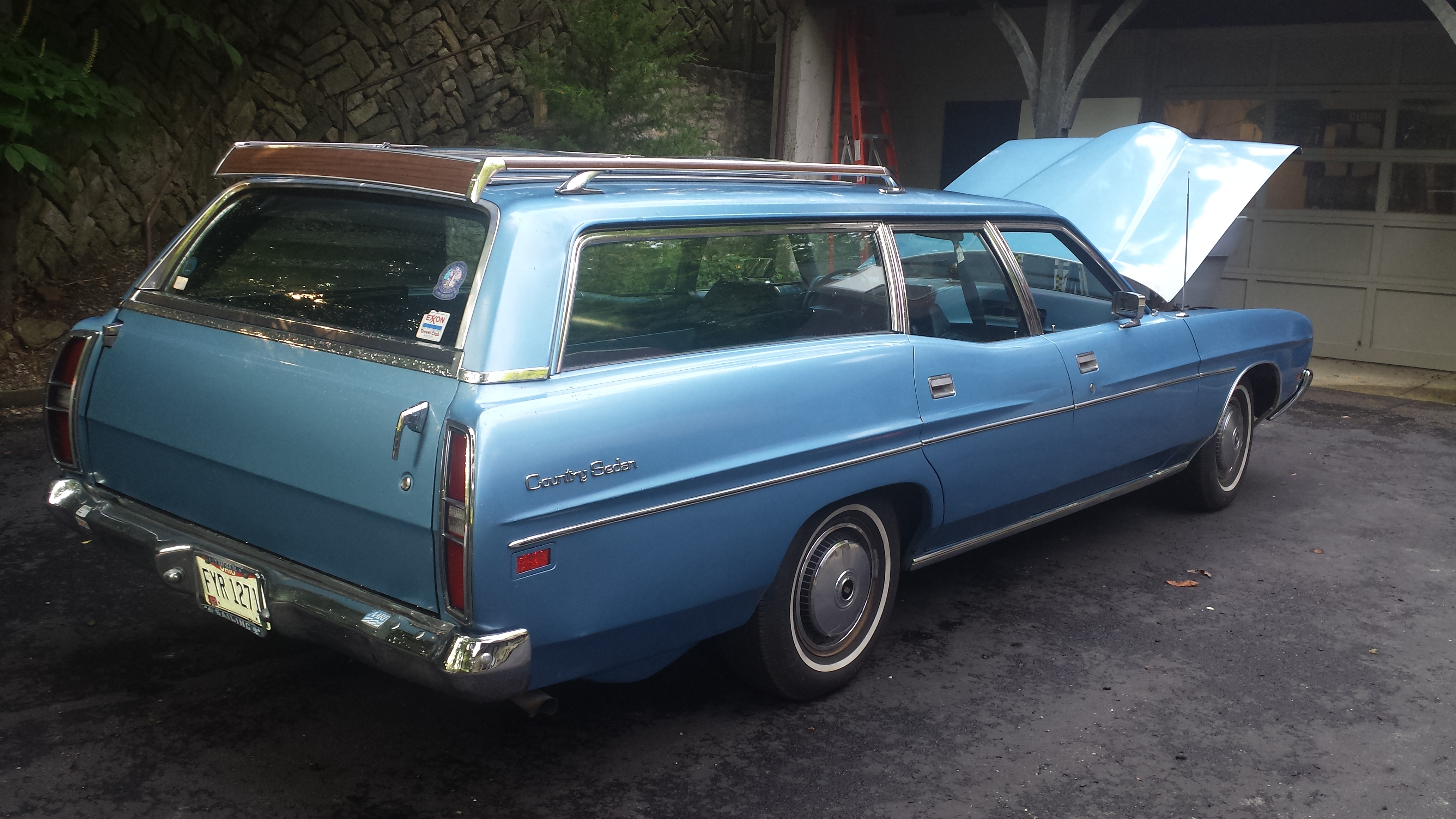 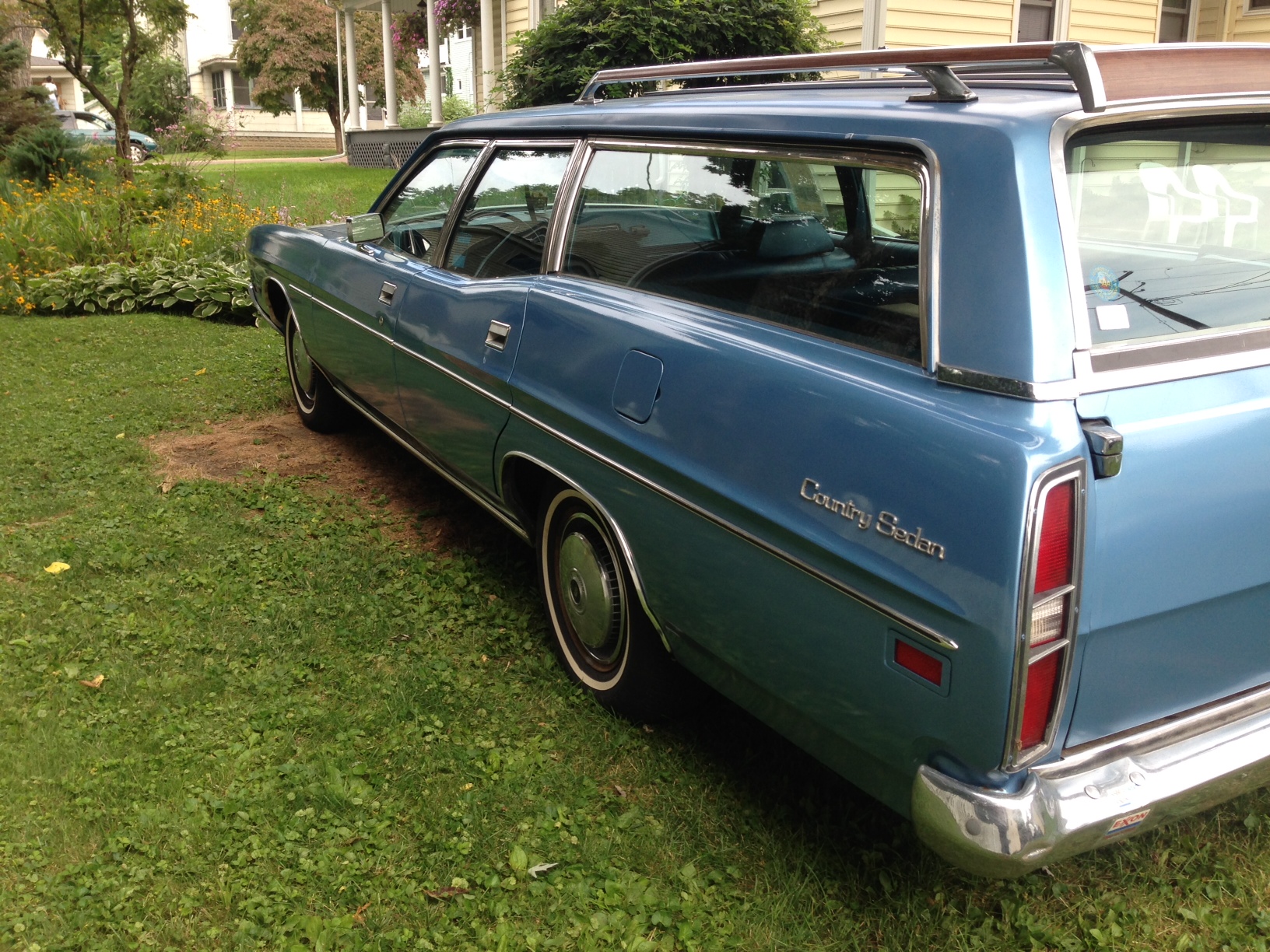 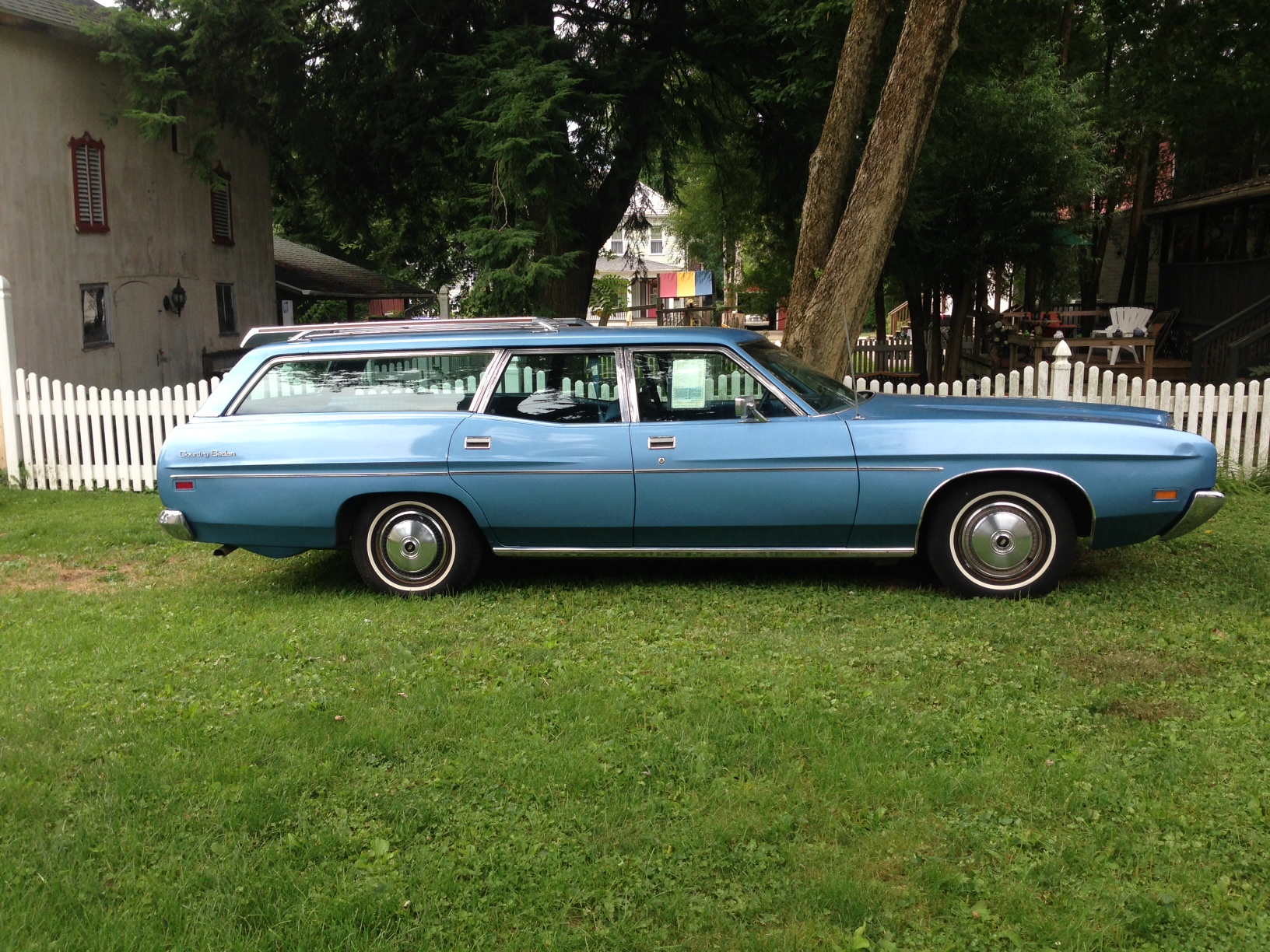 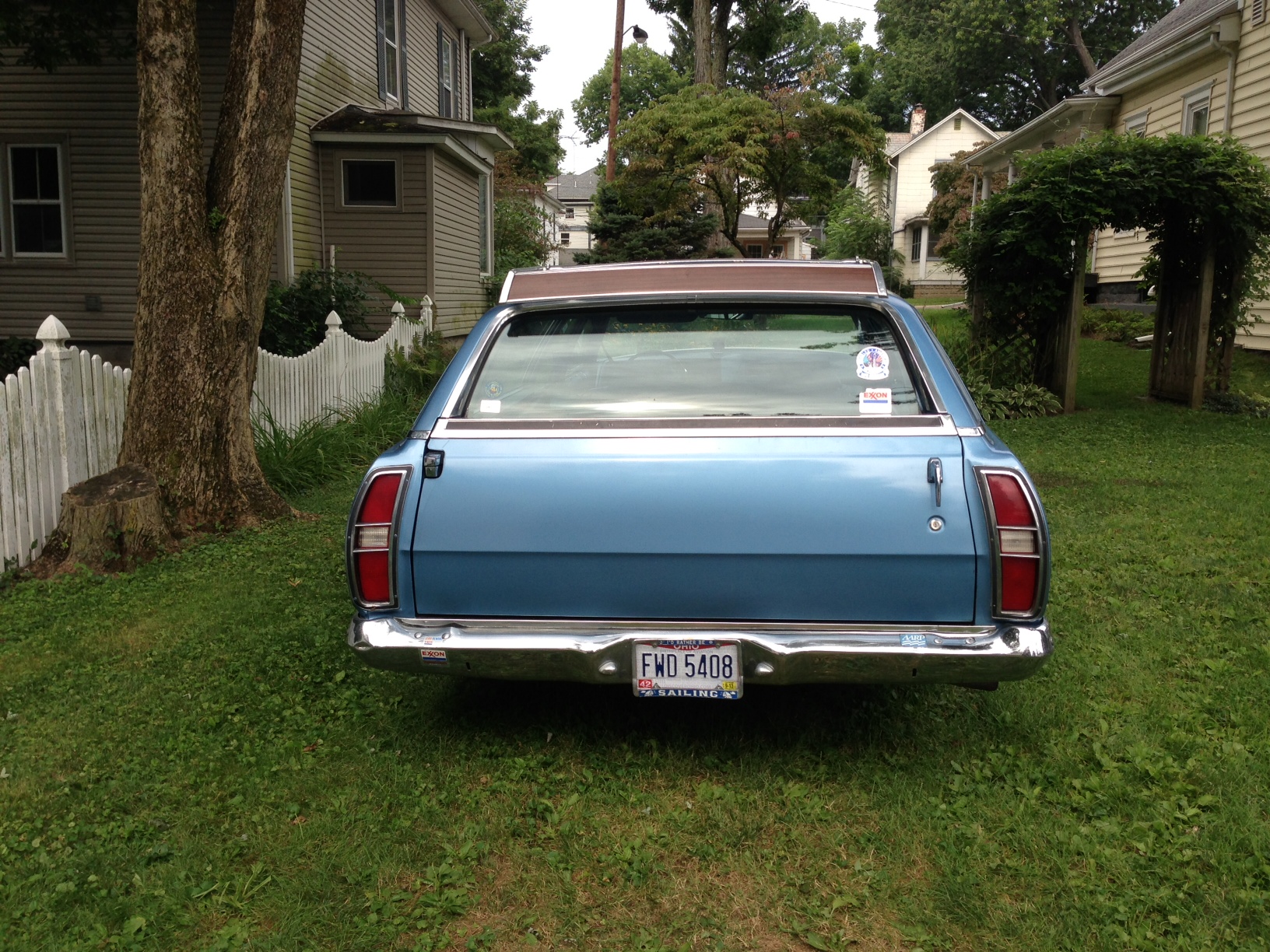 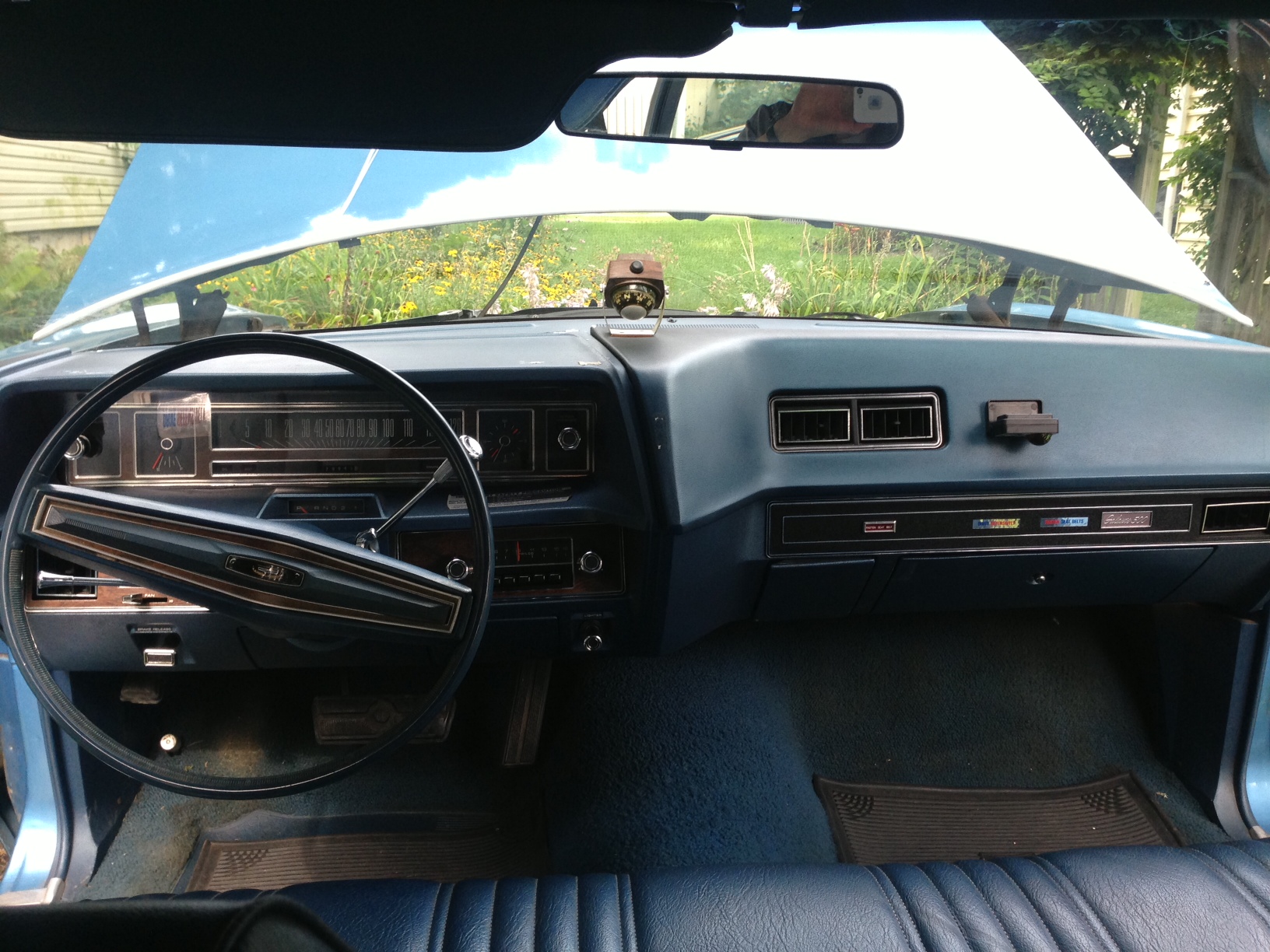 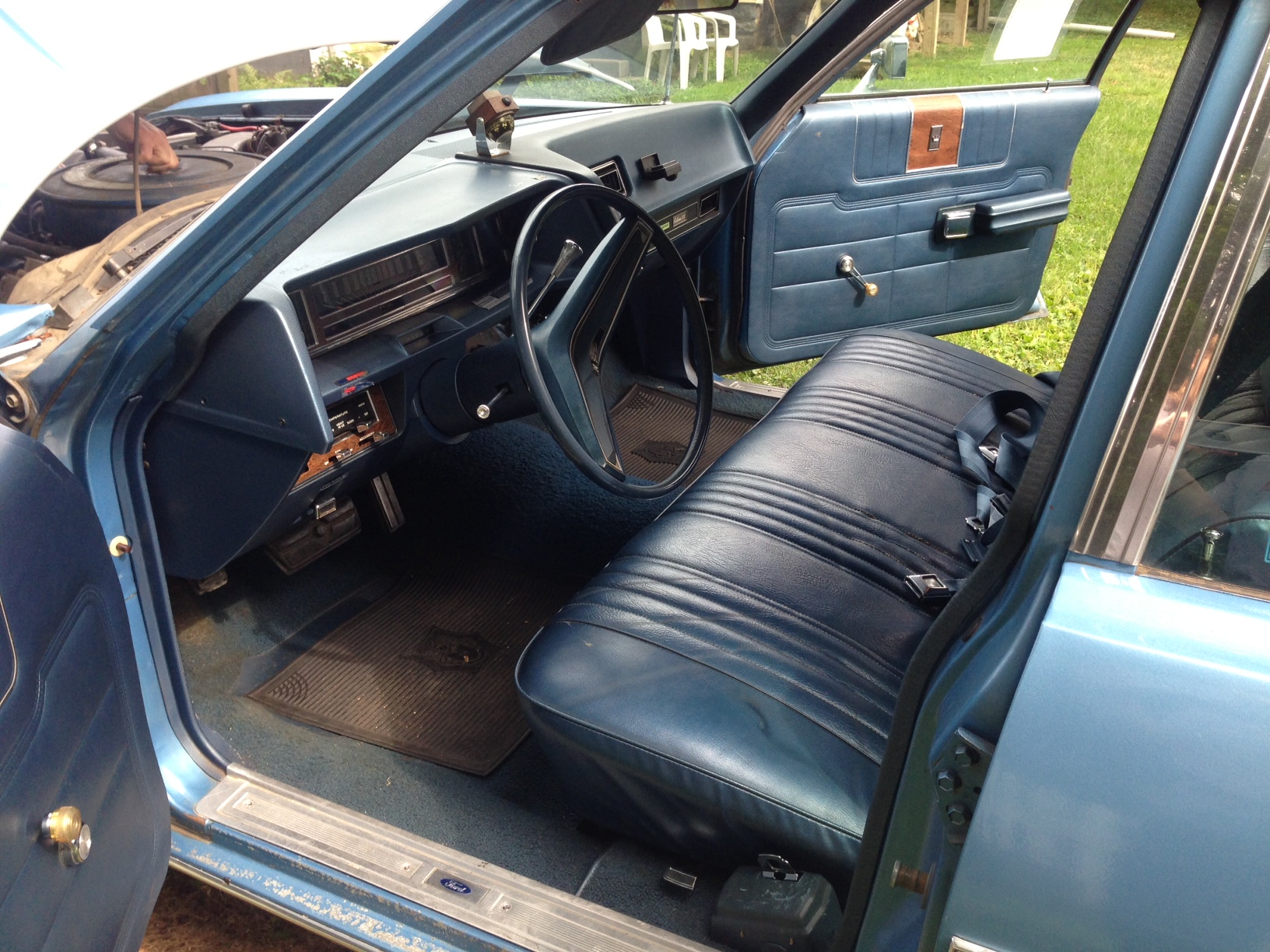 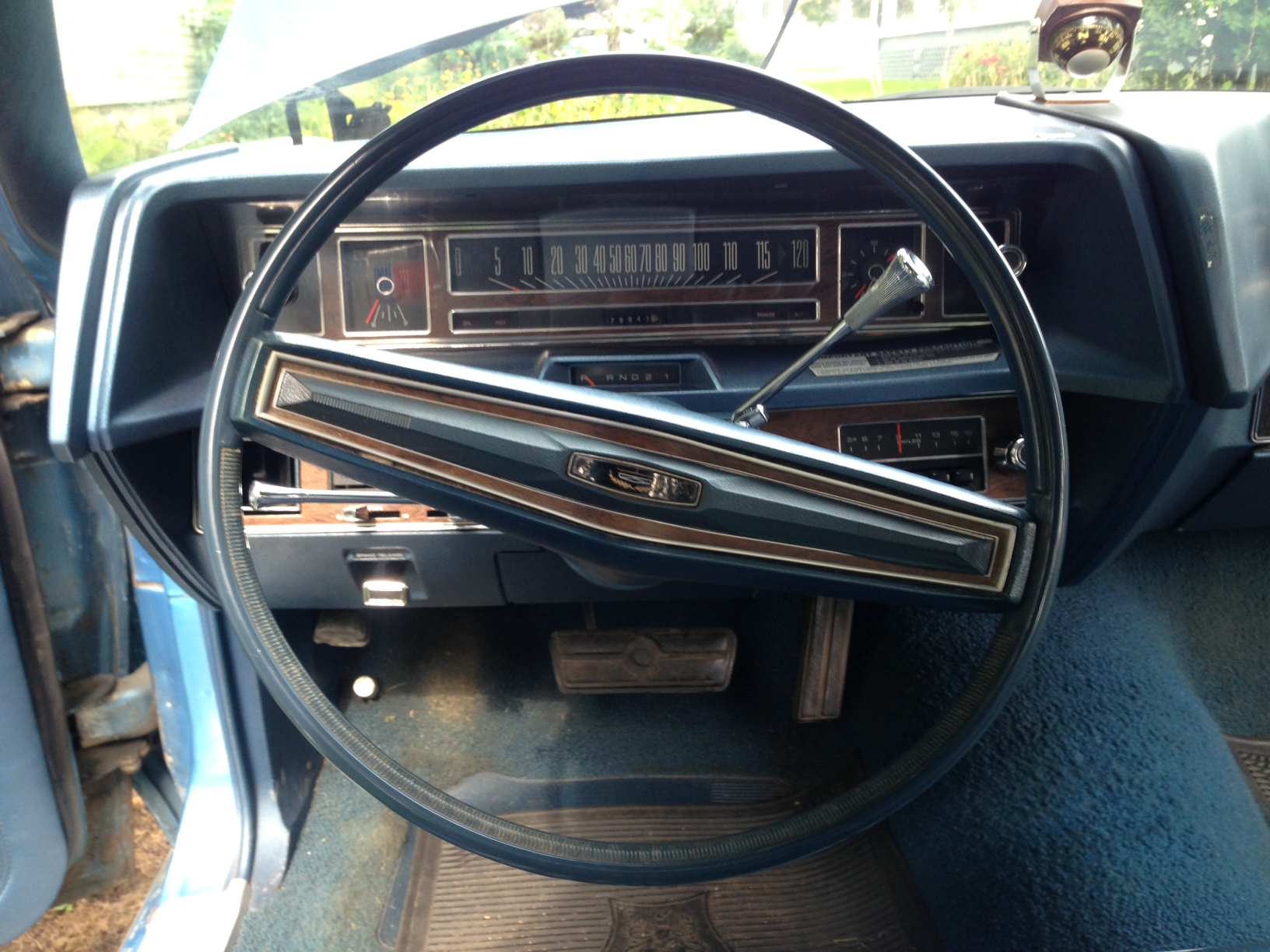 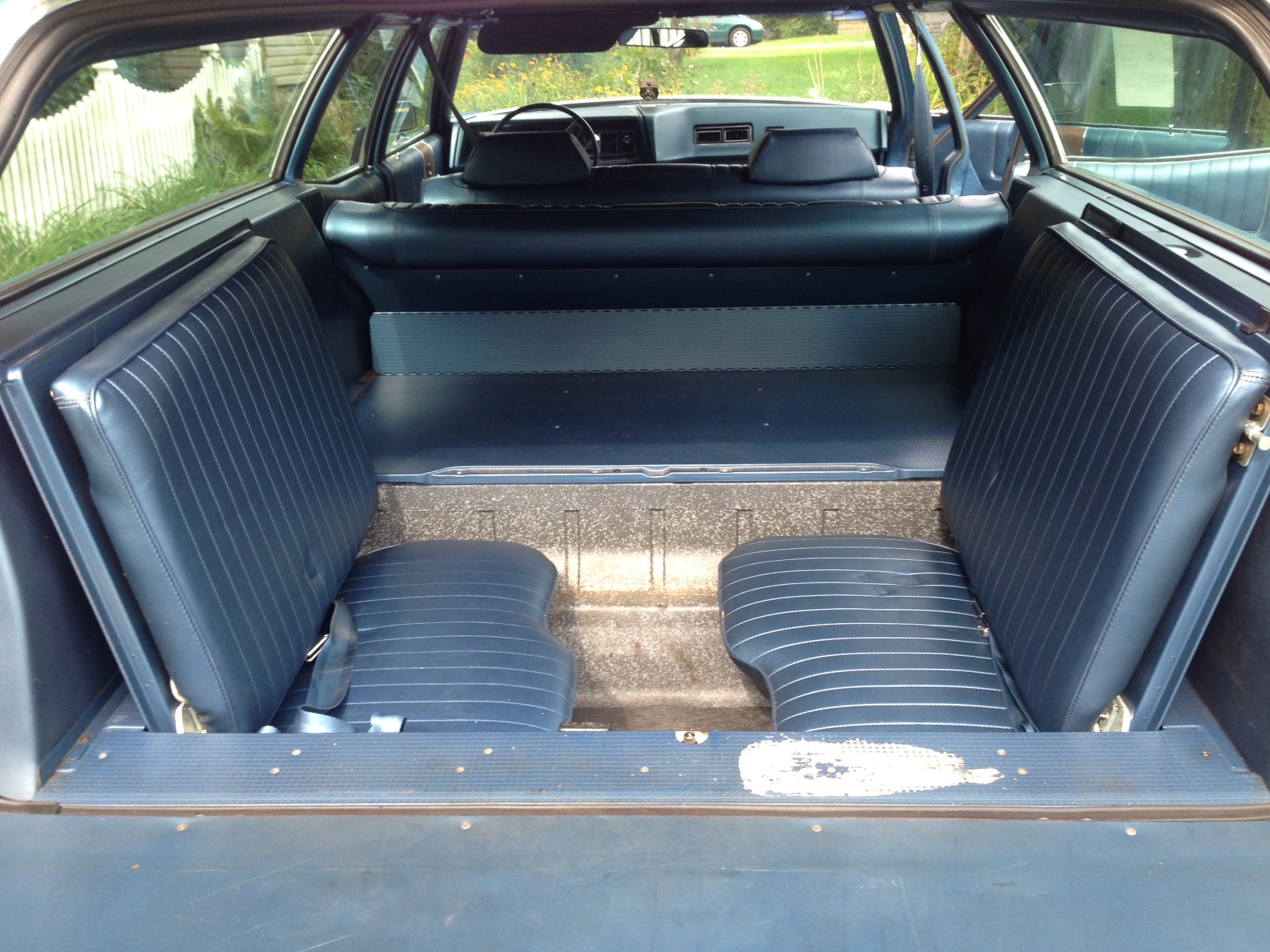 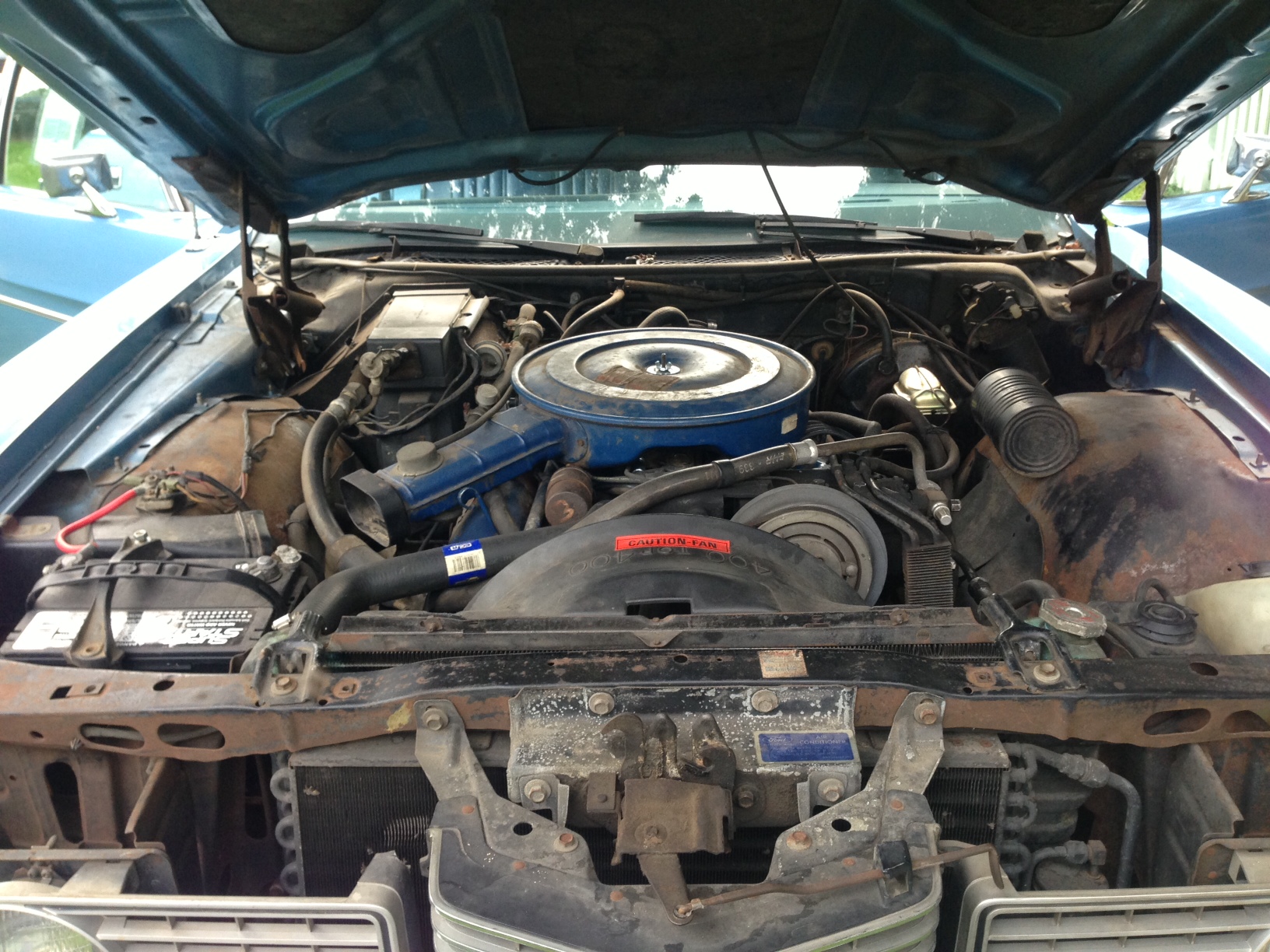 And finally, I again want to thank CraigB for being awesome and making my dream reality!

So CraigB bought another Ford...

Nice, I deeply approve. Should be a most excellent road trip car
Looks like factory AC too? and I'm not sure what that coffee can thing is on the drivers inner fender well (extra vacuum reservoir?) , but it's surely not stock, right?

Really cool, congrats! I foresee one problem already - it's bigger than all of Germany

_HighVoltage_ said:
So CraigB bought another Ford...
Click to expand...

Incredibly awesome! You're a real madman for going through with this, in the best way.

Looking forward to seeing this at the ringmeet someday.

So much congrats, excellent find. And Craig is one crazy lunatic.

NotLaw said:
Nice, I deeply approve. Should be a most excellent road trip car
Looks like factory AC too? and I'm not sure what that coffee can thing is on the drivers inner fender well (extra vacuum reservoir?) , but it's surely not stock, right?
Click to expand...

Yep, it's factory AC and I have no idea what the tin can is for, but I've been told it's stock.

Happy to see this! Was hard for me to keep quiet in the other thread when everyone was guessing.

Awesome find guys! Congratulations! Any plans to open up the Cleveland a bit?

That is so badass! Congratulations, also CraigB you are kind of nuts

The big gal is enjoying her ride and is about 150 miles closer to southwest Missouri. Gena (my wife) have stopped for lunch, but expect some beauty shots of her tomorrow.

It looks totally awesome. 16:9 picture format was made for this car. I hope you'll have lots of fun with it, on both sides of the pond. Speaking of which, are you sure shipping it is necessary? It looks like the front end could touch a French beach while the rear is still in America.

So, just to be clear: SHOTGUN! (for the inevitable lap)

Seriously seriously awesome. Big ups to CraigB, and to you for owning this bad boy.

But where the hell in Germany are you going to park it?!?

British/Columbian said:
But where the hell in Germany are you going to park it?!?
Click to expand...

I know the underground garage where he intends to rent a parking space and I am every bit as curious as you.

British/Columbian said:
But where the hell in Germany are you going to park it?!?
Click to expand...