Yesterday: 7:00PM
"I didn't know Subaru made a sports car! That looks spectacular!" said a middle-aged man getting out of a Prius.
"They didn't, until about a month ago. I just got this one a few hours ago." I replied.

Subaru's BRZ sport coupe goes on sale April 20, but only about 500 units will be available each month for the U.S. market.
Click to expand...

It is unlikely the United States will receive more than about 6,000 of the rear-wheel-drive coupes a year even in a full-year of production, said Michael McHale, Subaru of America's director of corporate communications.
Click to expand...

OBVIOUSLY I couldn't have the Scion version. 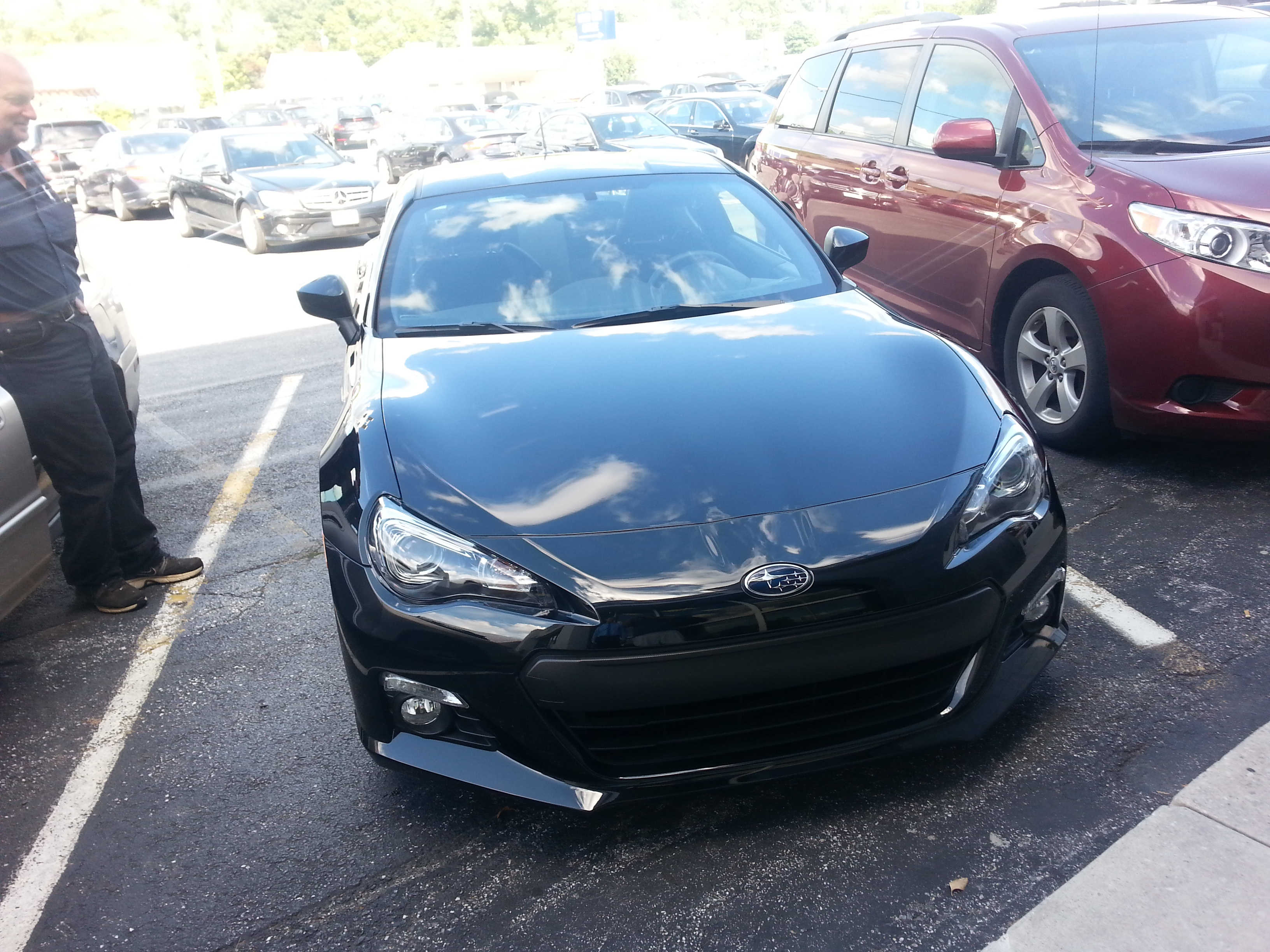 Fresh out of the dealer's detail bay. Spent some time sitting there getting my phone sync'd and setting up the office (seat all the way down, back until full clutch is at max leg extension then forward a click, lean back until arms are straight at 12:00, seatbelt into the seat epaulet thingamabob to get it off my neck). 88 miles on the clock - 6 from factory and initial transport, 82 from the transport drive from the original dealer to mine. I had the option to get it trailered down, but it would have taken an extra day. 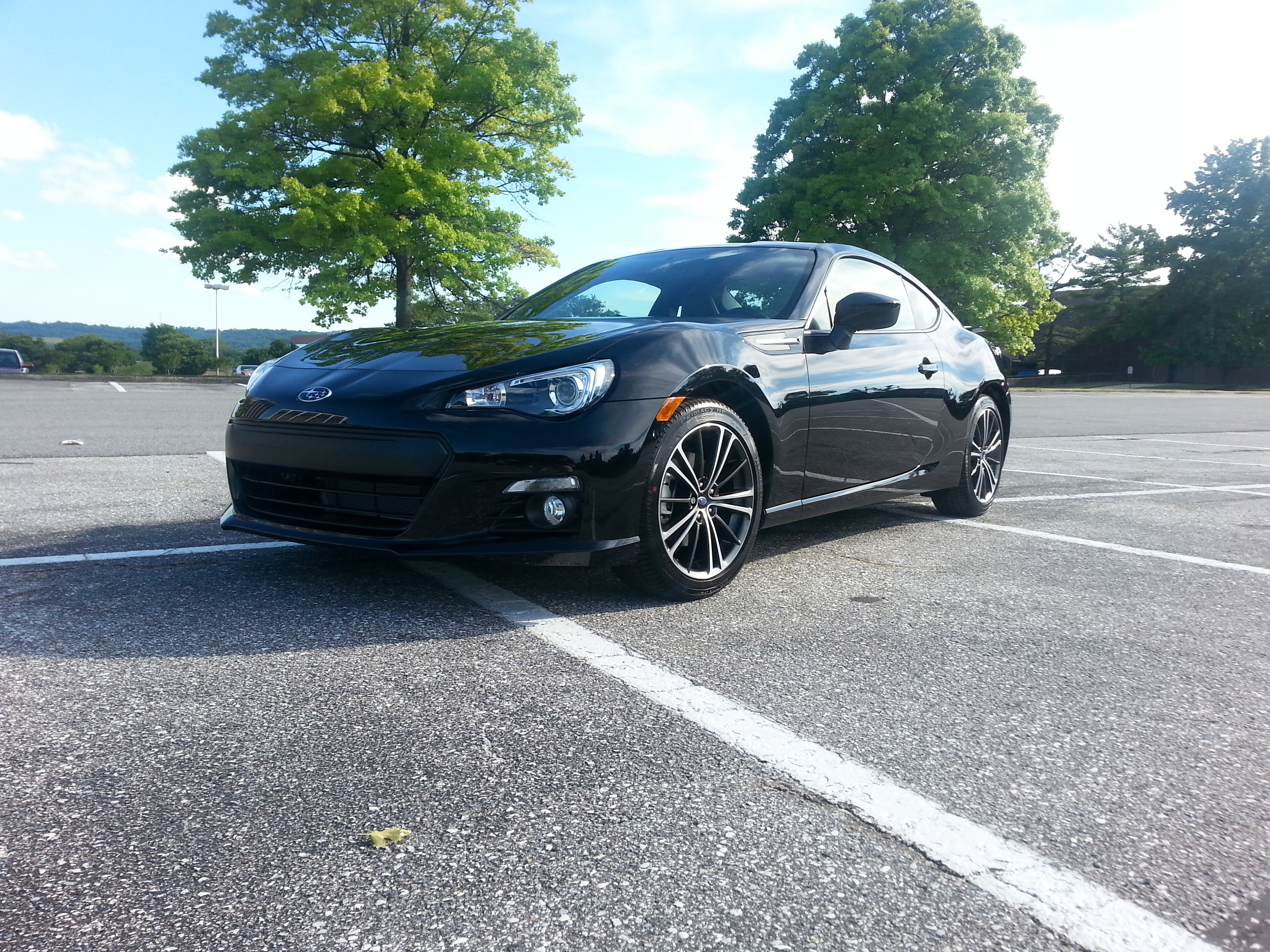 Some posing at the business park. I quickly got distracted and decided to go driving.

Pandora decided I live in fucking Top Gear and put this on:
I shit you not.

Did 90 miles showing it off. Stopped at a friend's weekend job (managing a grocery store) and while I was showing it off, they had some irate customer emergency that just so happened to require running over to another store and grabbing some cole slaw (lol). I am almost certain nobody has ever driven a cole slaw delivery with that much tire smoke and speed. 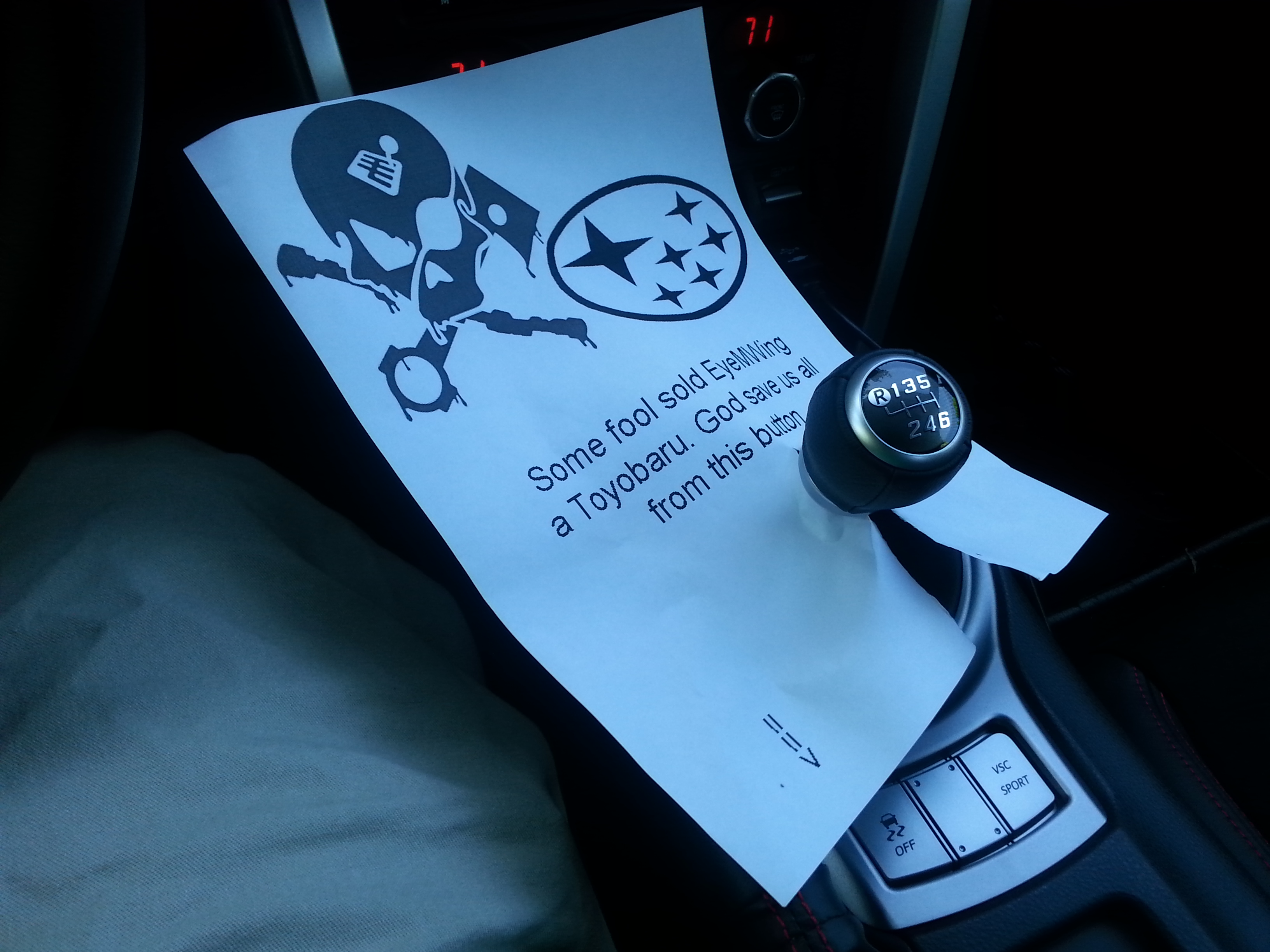 Posing in front of my driveway this morning: 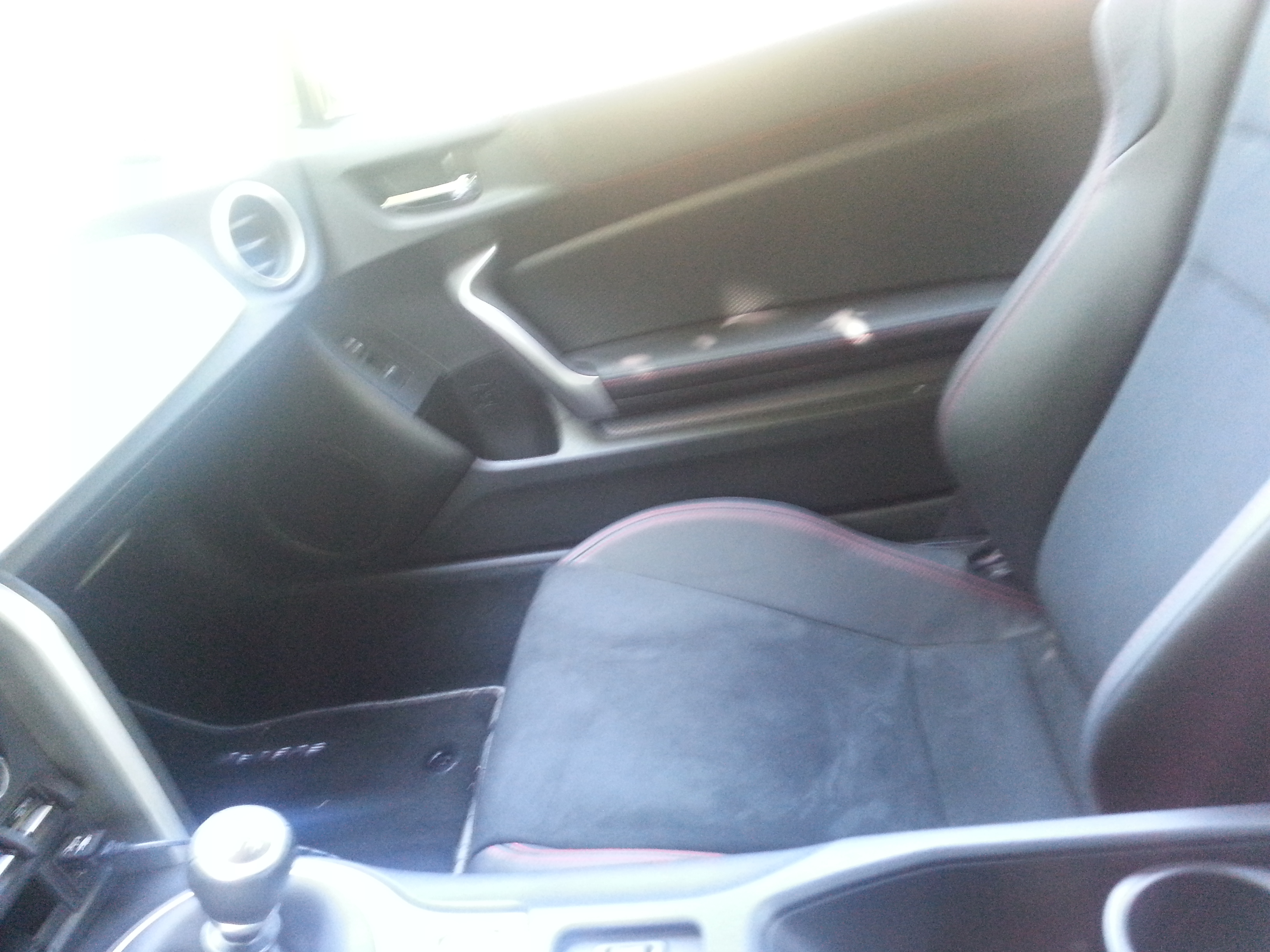 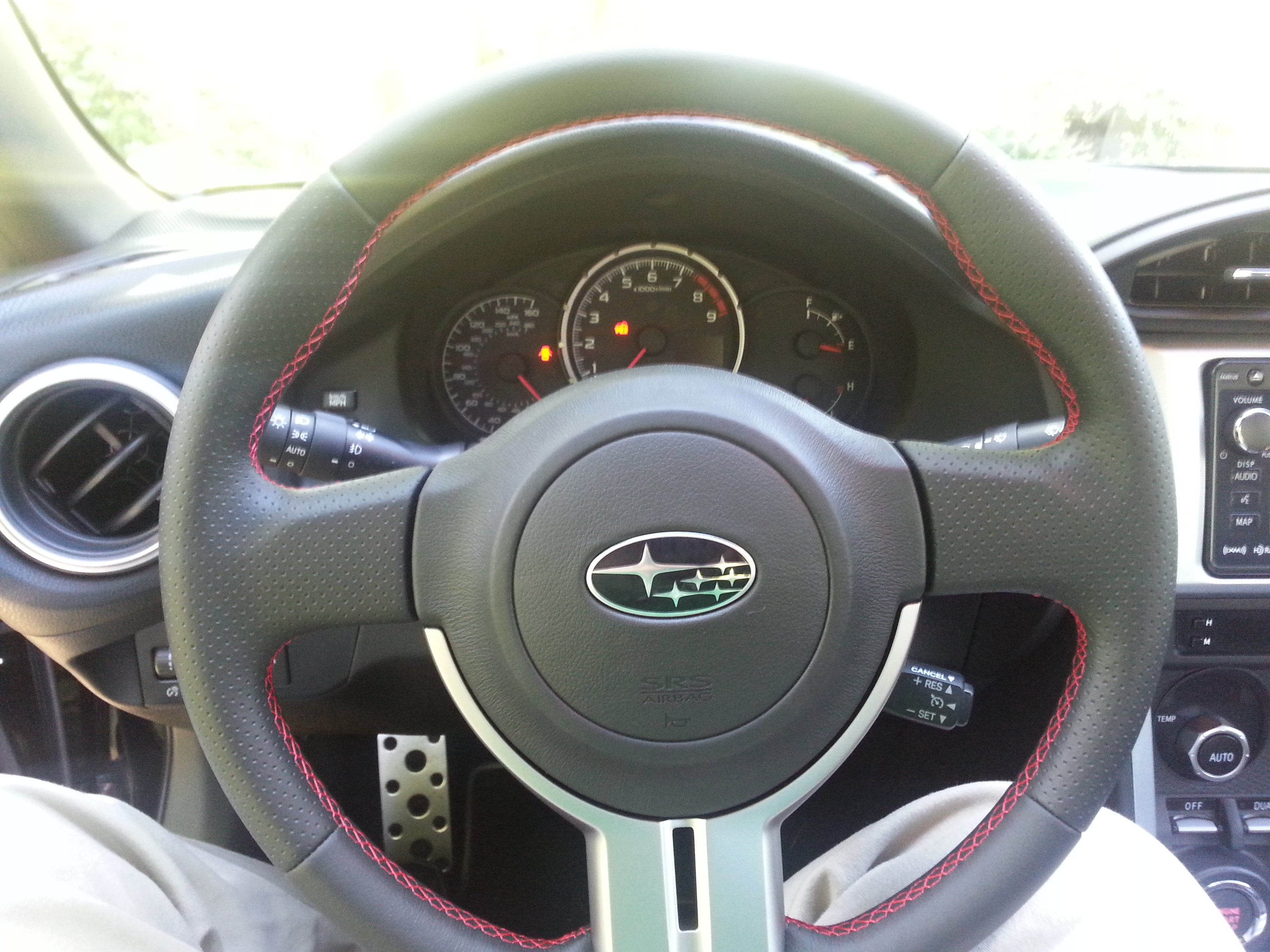 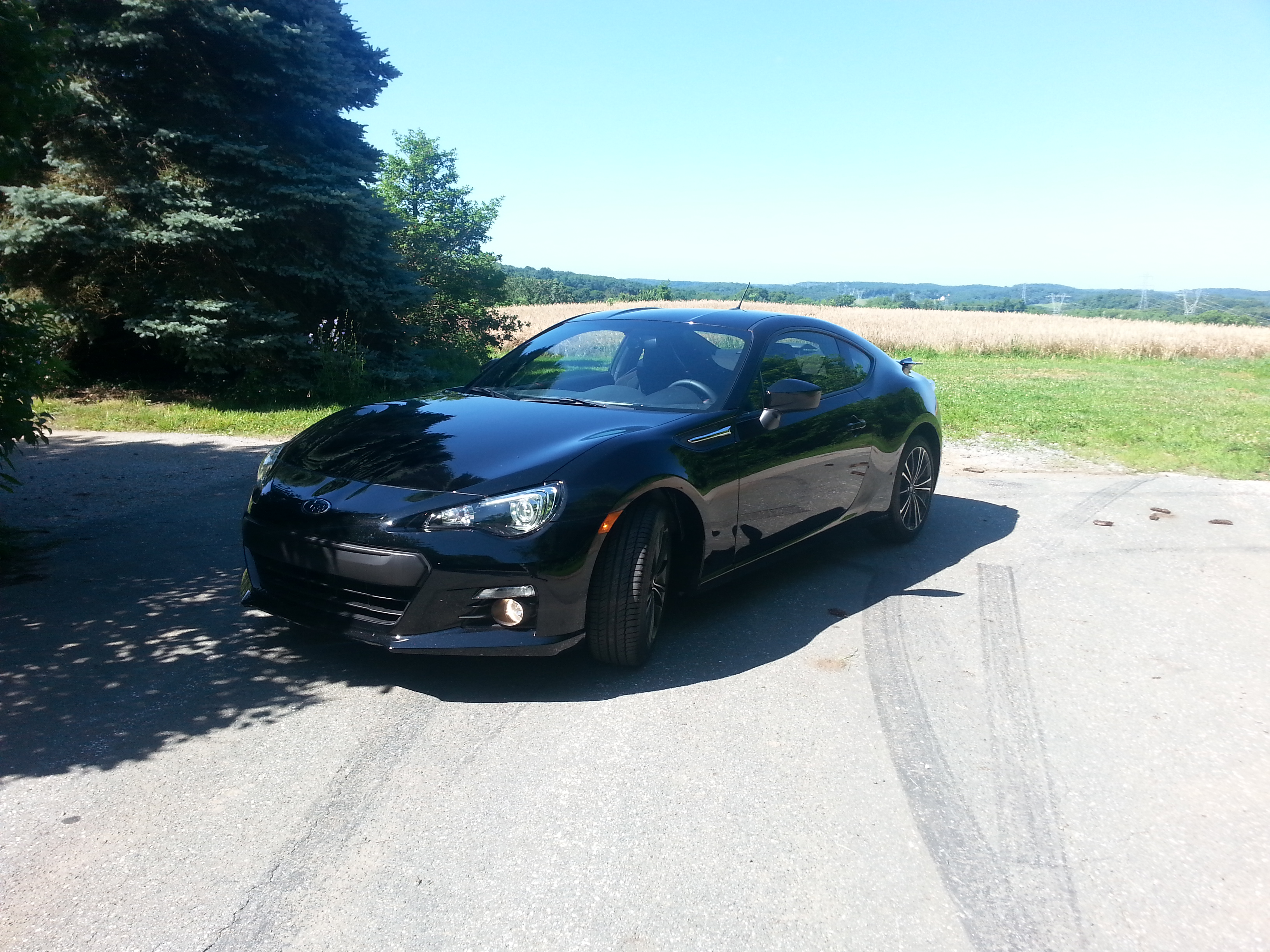 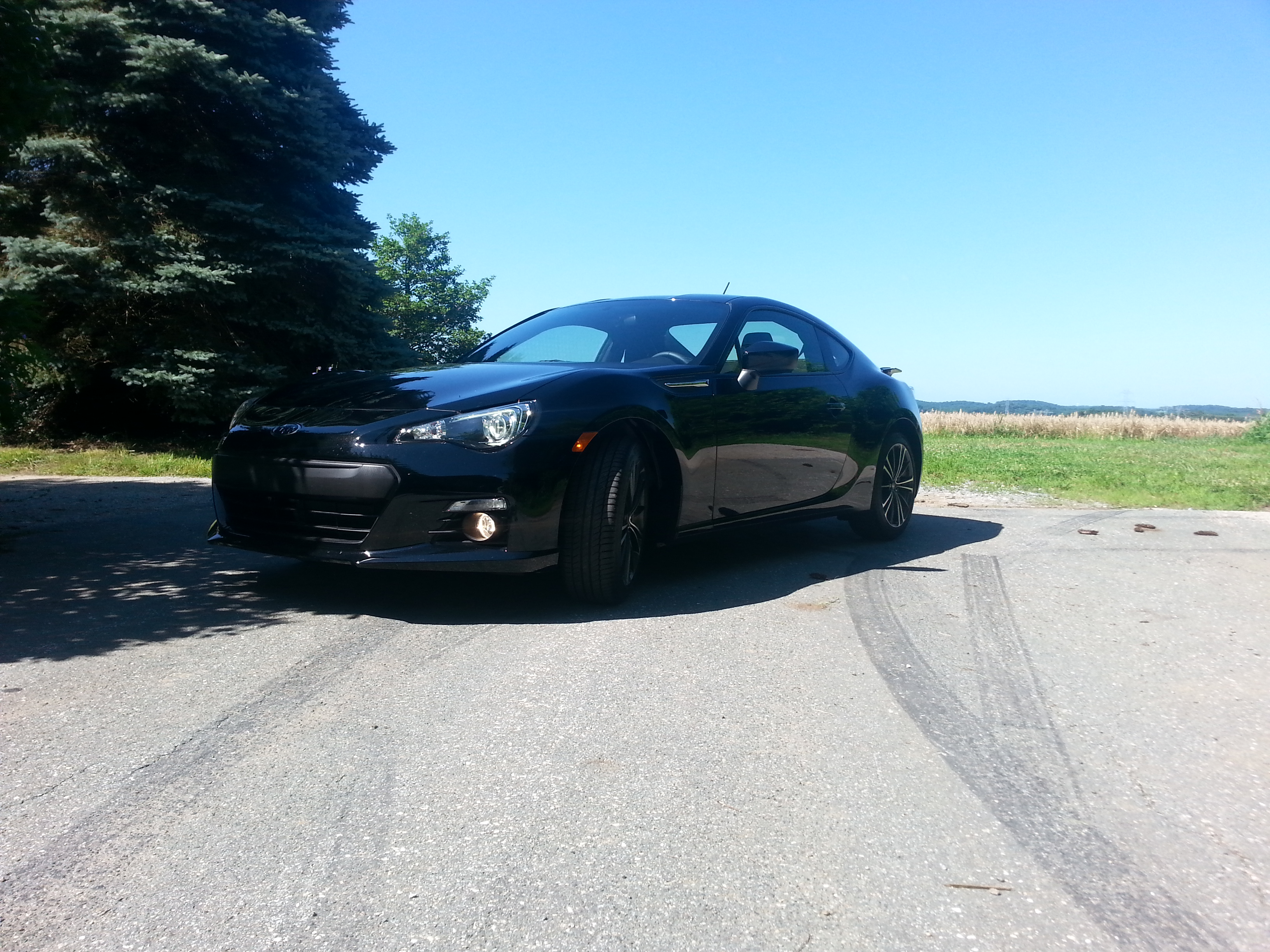 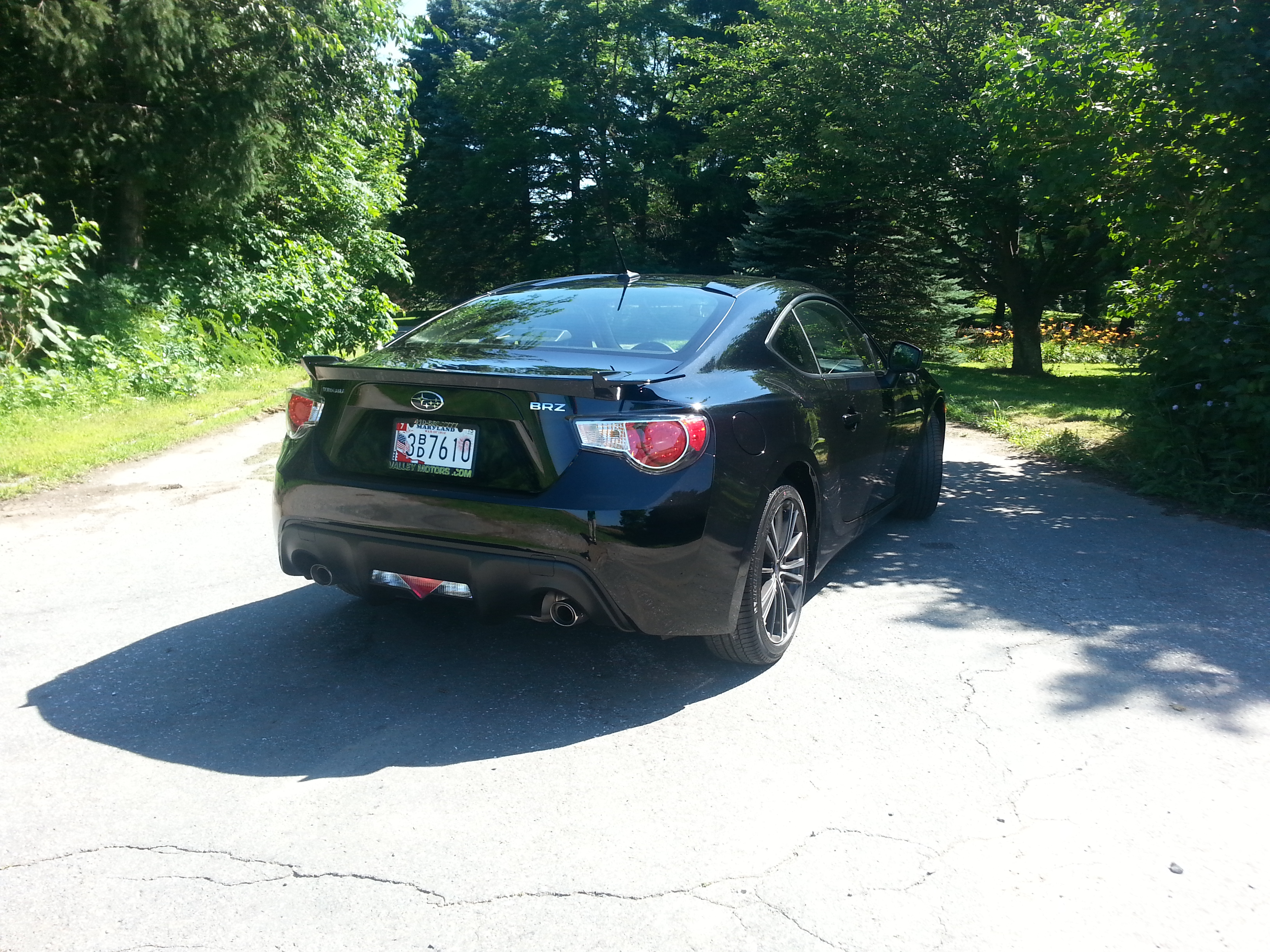 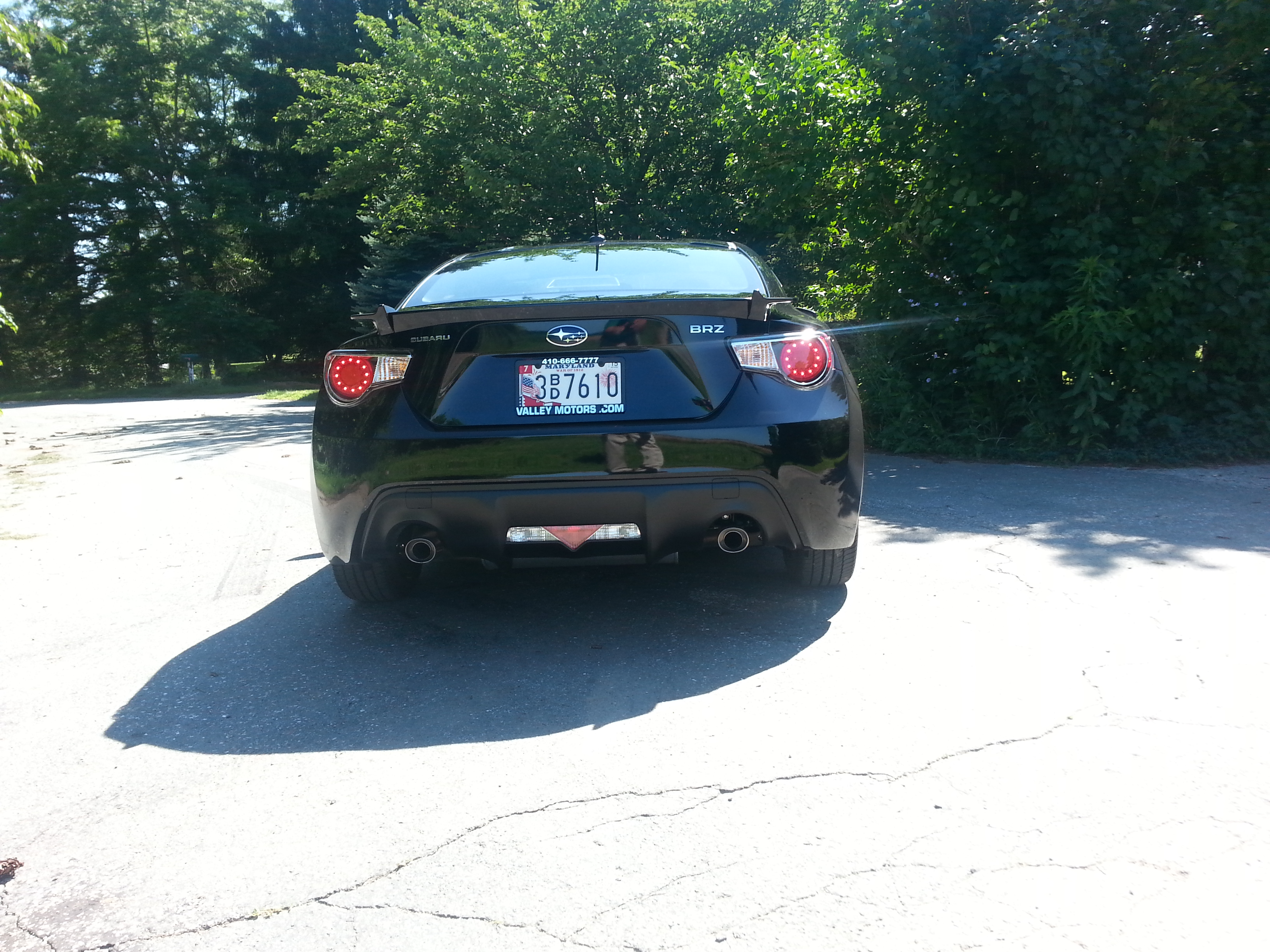 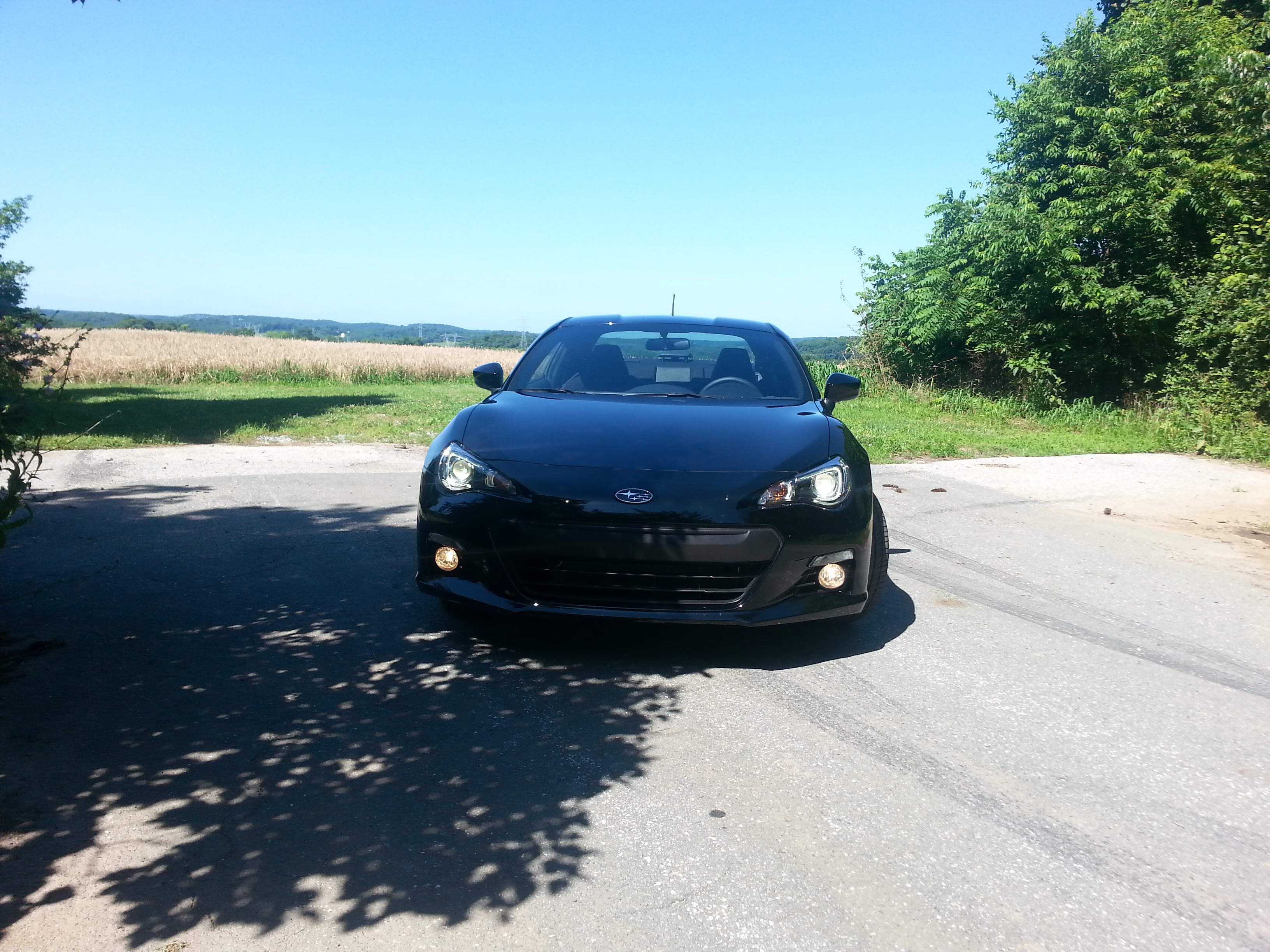 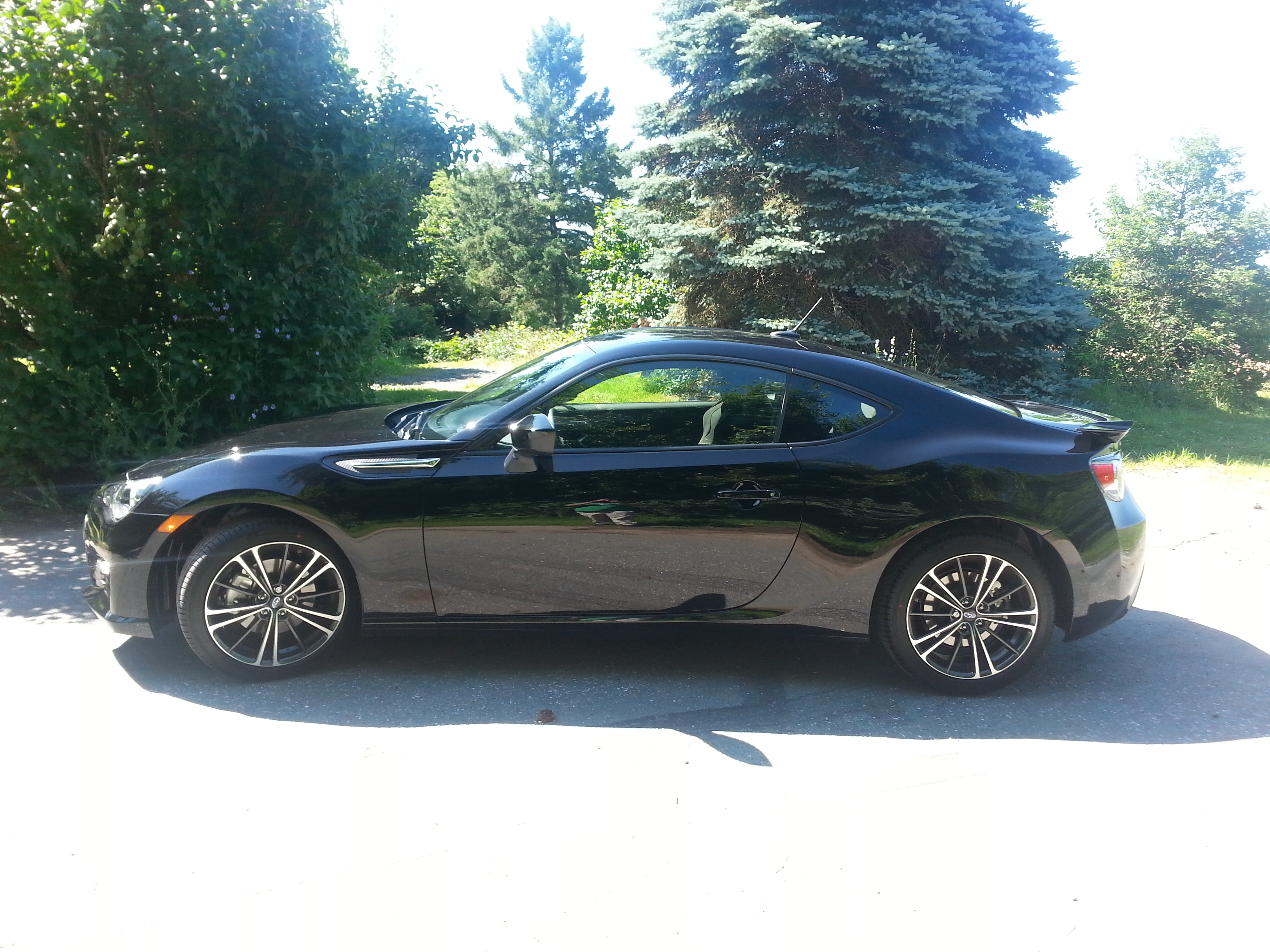 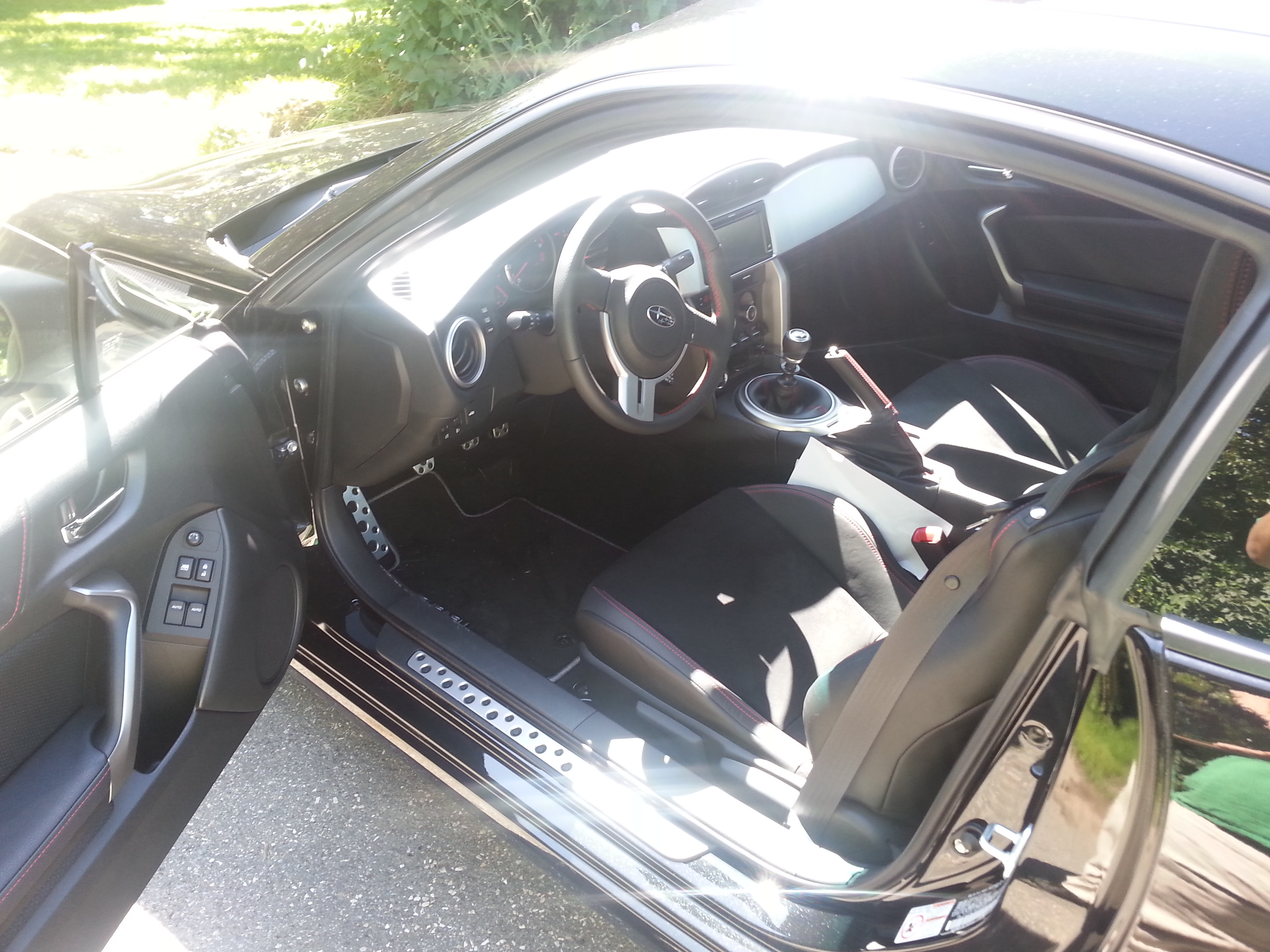 And the infamous EVIL SHITTY TIRES: 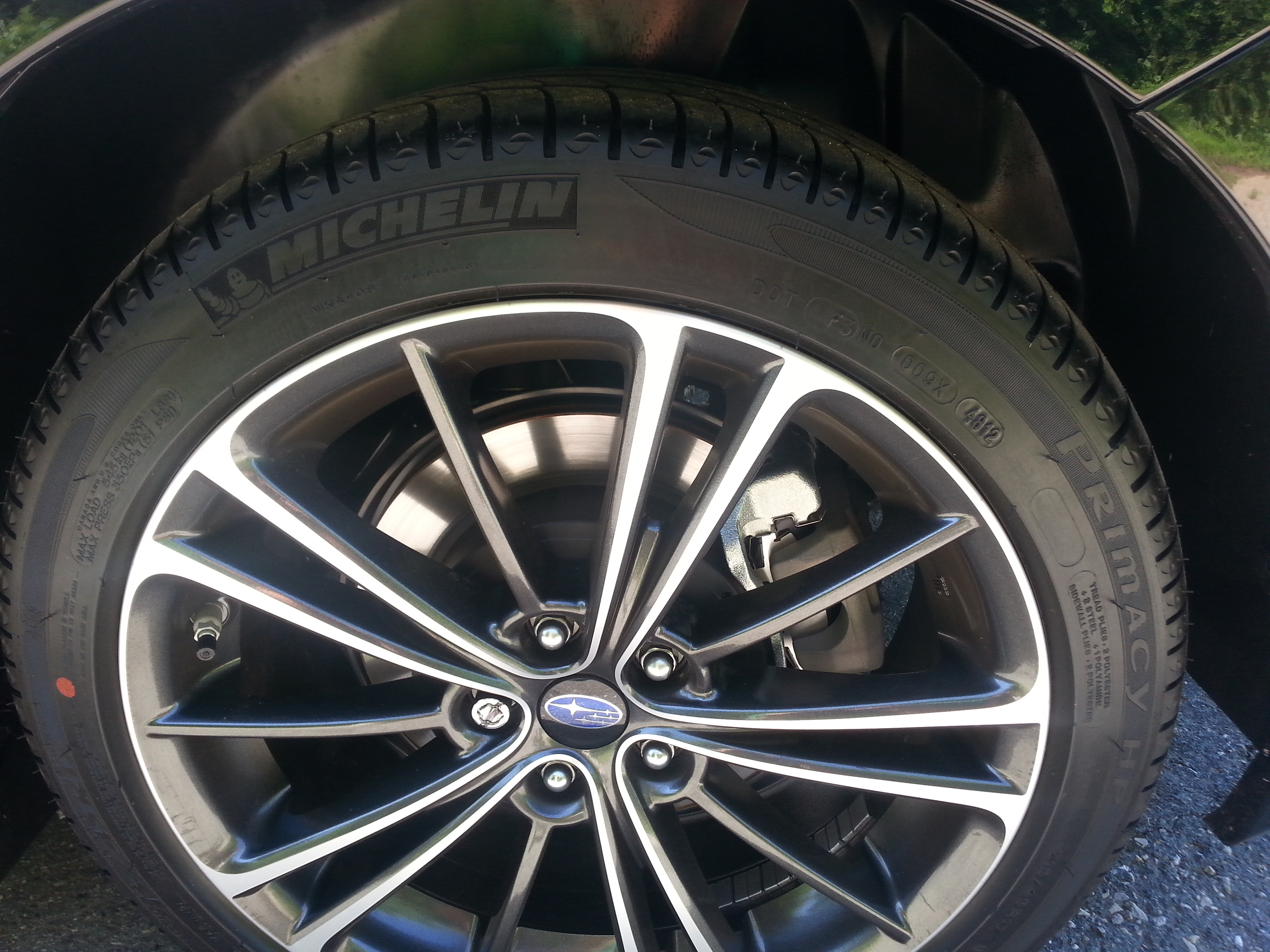 They do make some really obnoxious road noise. Kind of sounds like steel wheels on rails and gives you the "I'm driving a train!" illusion. Other than that, though, I have no tire complaints yet. 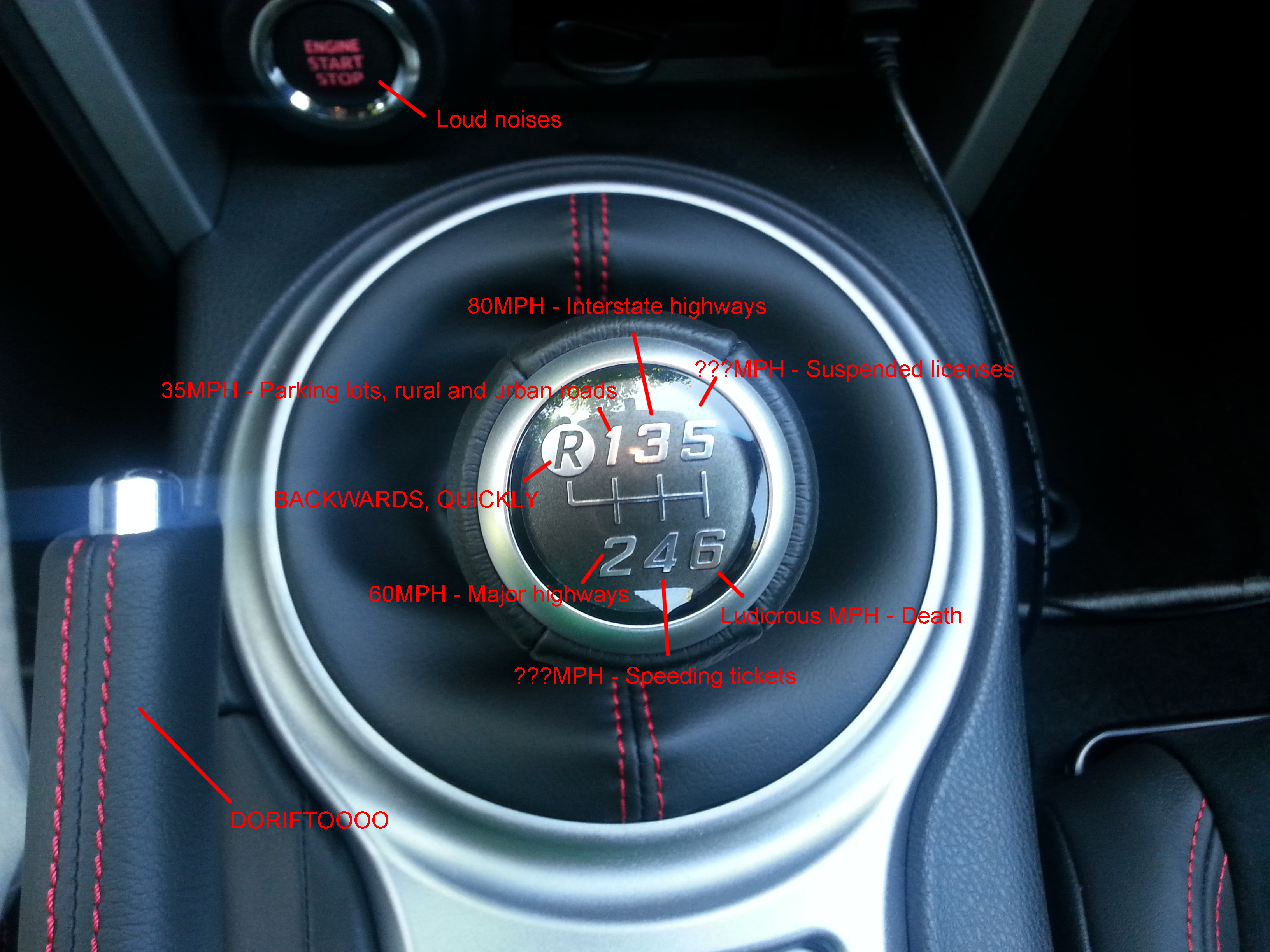 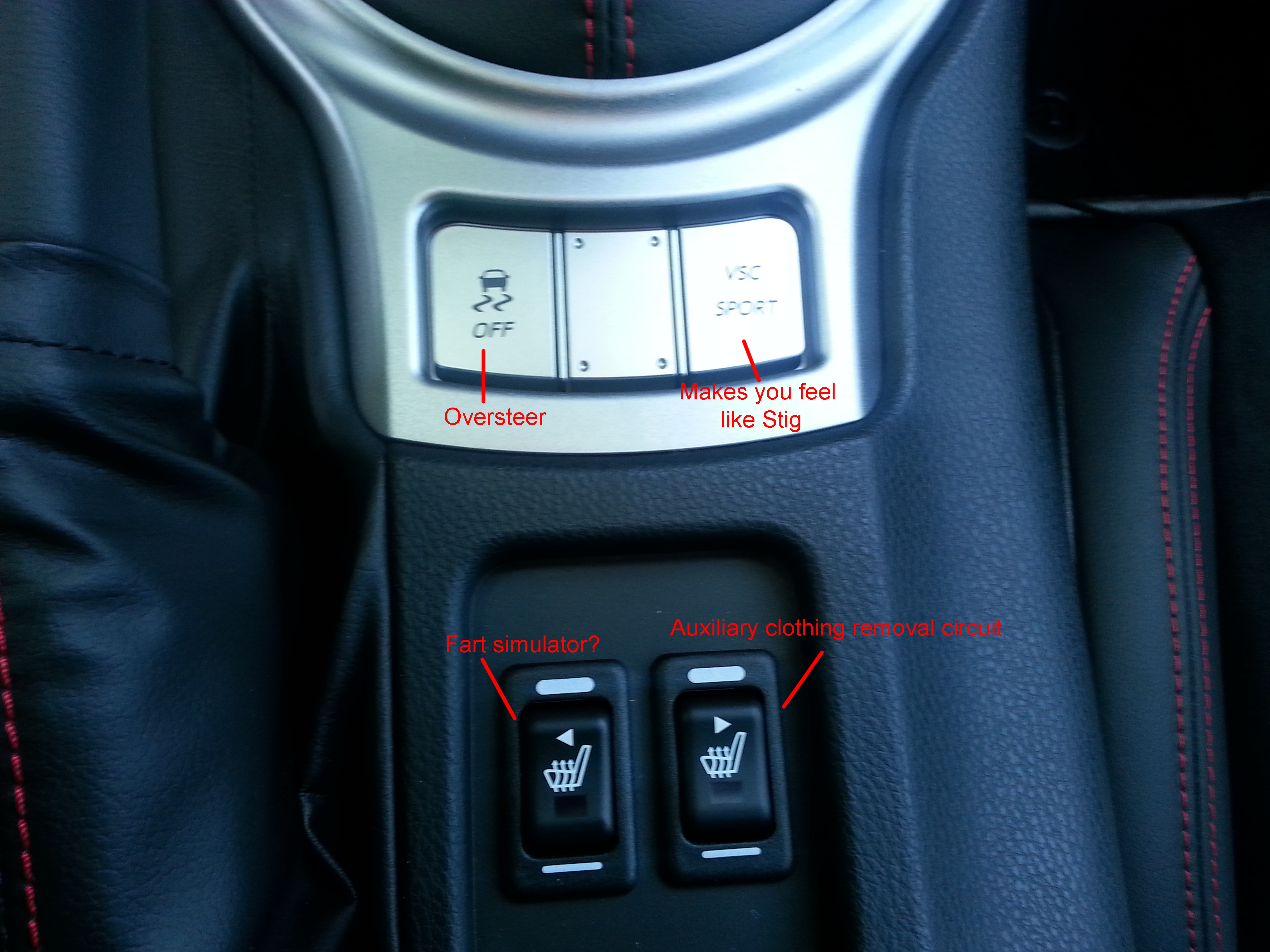 Damn, I almost envy you. Right colour and all.

Have fun, and keep the flies off the side windows!

What a beautiful car, congrats!

Now lower it, the wheel gap is insane.

Now get a turbo on that thing.

Now lower it, the wheel gap is insane.
Click to expand...

Going to track it a few times first, to make sure I have room to work.

Well, 59 in 2nd is when it bounces off the limiter. But close enough for government work.

In other news, either I don't know how to properly operate the traction control off button, or Subaru saw me coming - it allows me exactly one hoontastic move and then switches the TC back on again.

I have to hold my traction control button down three seconds before it's all the way off. Maybe Subie has a similar system?

Have fun with those Prius tires.


EyeMWing said:
In other news, either I don't know how to properly operate the traction control off button, or Subaru saw me coming - it allows me exactly one hoontastic move and then switches the TC back on again.
Click to expand...

Now lower it, the wheel gap is insane.
Click to expand...

The ground clearance on that thing is 4.9 inches. He lowers it, he's going to scrape on *everything*.

EyeM: Not my style, but nice choice. Get those windows tinted.
Last edited: Jul 7, 2013

Yeah, I had an RTFM session when I beat some friends to a rendezvous and figured that out. It's somewhat misleading, because while you're holding the buttons, the VSC light is on, and you've successfully killed TC altogether when the VSC light turns back off.


Spectre said:
The ground clearance on that thing is 4.9 inches. He lowers it, he's going to scrape on *everything*.
Click to expand...

It's already driveway-incompatible. I can't get it down to my garage because of the truck ruts (the Ram is incapable of navigating a stone driveway without chewing it up, even at idle. God forbid you try to tow something uphill on gravel.....).

Going to have to get that paved....

Do they make lift kits for BRZ's?

Yeah, I would be careful lowering it. I have similar issues and look at people who lower Vipers as crazy. That said my front overhang is a quite a bit more than yours so you might be able to get away with a little bit.
You must log in or register to reply here.
Share:
Facebook Twitter Reddit WhatsApp Email Link
Top