Orange you glad you didn?t get a yellow bike? :lol:

Congrats- don?t freeze your butt off! Pro tip you can buy little handwarmer packets and stuff them in your gloves. 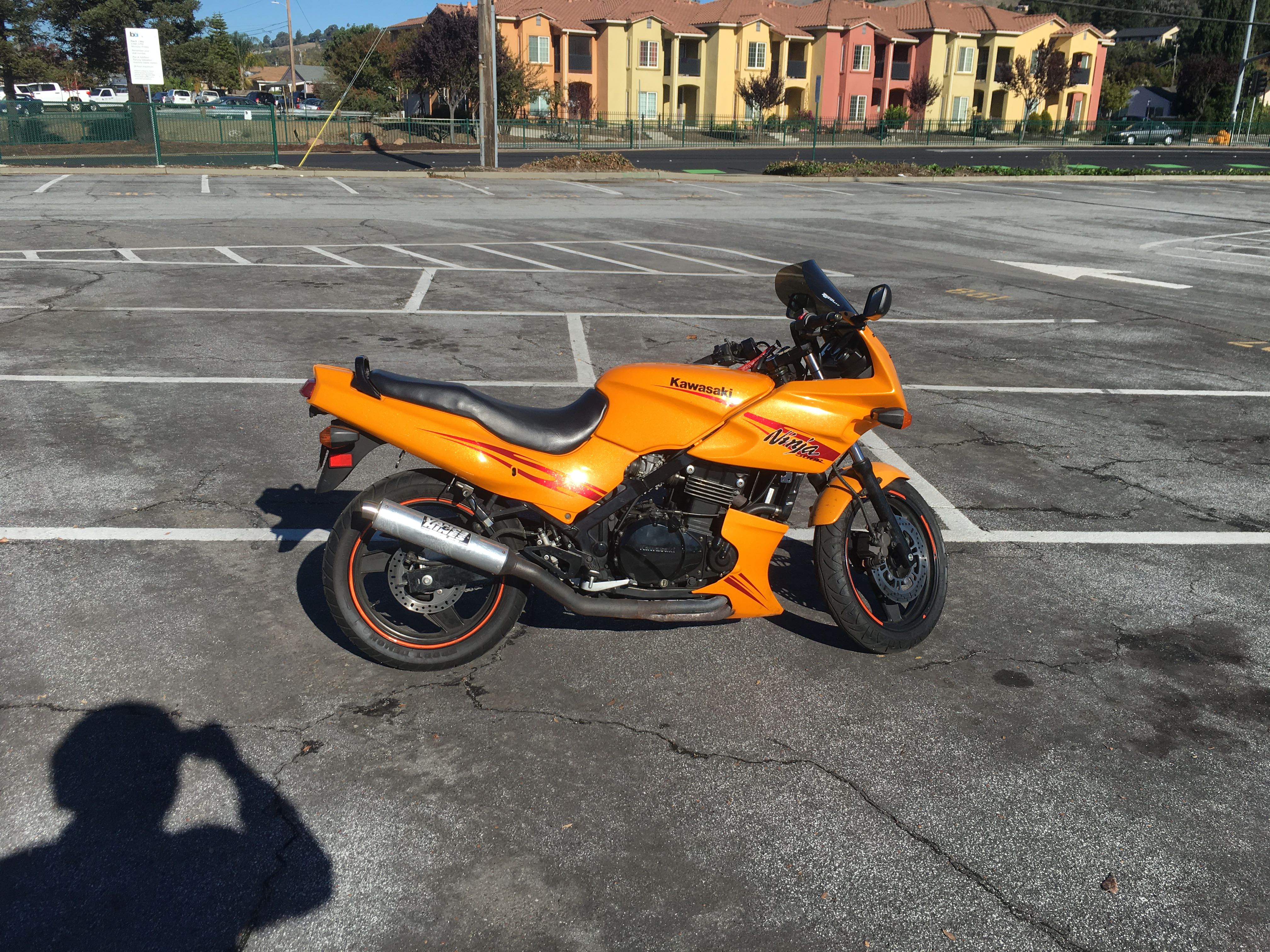 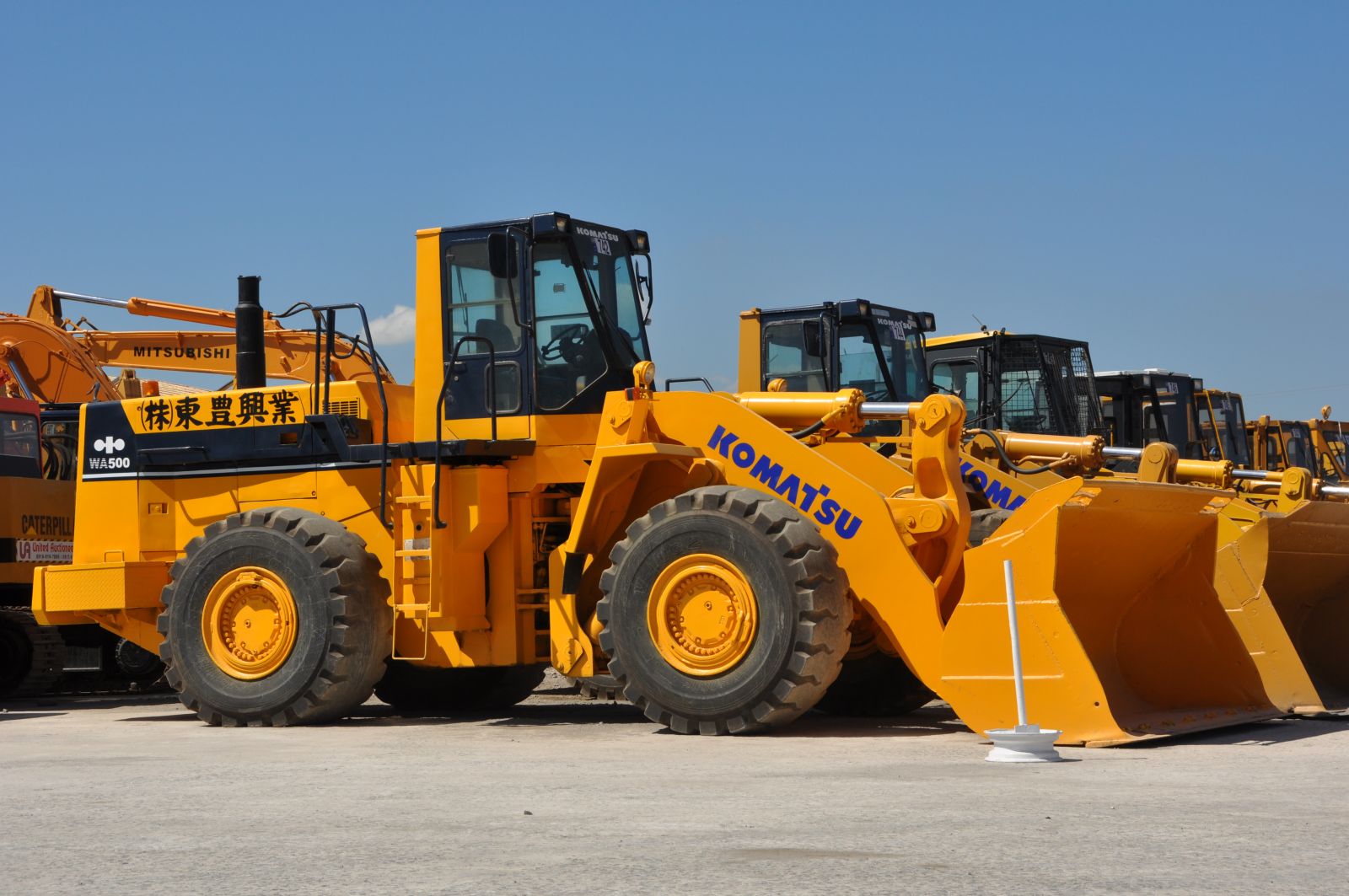 Yay!! Congrats on the ninja!!

Don't forget to tighten the odometer cable - the EXs like to shake it off.

Good on you! Yellow? Hey, it's more visible in traffic.

If you commute in heavy traffic or do a lot of long, boring rides; I can see the attraction of a larger, more comfortable bike. Be aware, however, that you'll lose quite a bit of the 'right now' responsiveness of a sport bike.

I've been bike-less for a long time, which makes my bike-hating wife very happy. I came close to picking up a VFR750 a few years ago, then later also looked seriously at a Triumph 'Speed 3' 900 (which was also yellow...) but passed on both to keep peace in the house. Should have bought one of them...

Now, get off the computer and go ride that thing!!!

Dude, that bike's so orange all it needs is a blonde toupee and a plate that says PSY-GRB.
Last edited: Nov 19, 2017

That flag? Yellow. Your bike, your wheels, your suit, your helmet? Matching orange

Ordered a headlight upgrade in the form of an Osram Night Breaker Laser bulb (well, two, I guess), as per DaBoom's recommendation. It should arrive on Friday, the day I return from my Thanksgiving trip, so I should be able to install it (and aim the headlight properly) this weekend, and then do some riding.

A AAA visit is in order next week, to sort out the title transfer and related stuff. Hopefully my DL-389 form (moto course completion certificate) arrives soon as well, so I can go and submit the paperwork for my full license. Not being allowed to carry passengers isn't exactly a problem, but I'd like to be able to legally ride on highways and at night.
Last edited: Jan 16, 2018

I installed the new bulb on Saturday, and it's definitely brighter, though I may still need to do some adjusting.

In the process I discovered that most of the mount points of the front fairing are cracked, and there's already some glue in places indicating it's been "fixed" before. Nothing catastrophic for a cheap, "starter", workhorse machine, but also not something I'm particularly keen on fixing myself. As a result, I'm considering turning the bike into a streetfighter, especially if I can do it in a reversible manner. It's not super urgent, but I have a feeling that the wobbling plastic will annoy me quite a bit with time.

Somewhat relatedly, I'm thinking about changing up the color scheme as well. Maybe an all-white wrap for the plastics, with a red circle on each side, reminiscent of the Japanese flag. Not really sure about it, and this is even less pressing than the fairing issue (but would make the thread title amusingly inapplicable).

More pressingly, I rode the bike for a few hours this weekend, about an hour or so on Saturday (just a quick ride to the beach, in more fog than I wanted) and 5ish on Sunday (PCH and some canyons). It's so much fun! I even gave it some extra throttle in a tunnel, to hear what it sounds like at over 6krpm, and had some cops promptly on my ass, though they didn't pull me over, since I was actually riding quite slowly. :lol:

I'm hoping to be at the DMV tomorrow morning to submit the paperwork for my full license, transfer the title to my name, and renew the registration on my car (which I somehow managed to forget in the midst of all this two-wheeled excitement). I plan on riding the bike there, and then to work. For now I'll bring both the tinted and clear helmet visors, as it'll be bright and sunny in the morning, and pitch black by the time I head home.
Last edited: Jan 16, 2018

I've been commuting almost exclusively on the bike for a few weeks now, and I'm thoroughly over it. Seriously, I didn't even see my car for a week somewhere in there, riding absolutely everywhere in that time, and I enjoyed everything but traffic.

The thing is, I'm dealing with stop light traffic, not freeway traffic, so splitting/filtering doesn't net me much of an advantage. Add to it that riding is less convenient (gear), comfortable (sweating while parked), and safe (duh), and it's hard to see any rational reason to ride to work. And then—most importantly—it's also not fun.

So, I hereby officially demote Darcy for her commuter status to fun status. Seriously, the bike's great and I
Last edited: Jan 16, 2018

I am surprised to read that. Most bikers seem to just glorify bike commute over car commute regardless of the scenario..

When you can lane-split and are in a temperate climate, it makes a lot of sense. I typically commute by car because I have to wear business casual clothing, it's either icy out or hot as balls, or I have to carry things that just don't work well on a bike. Also, I can't lane split so I arrive at the same time no matter what vehicle I take. Another advantage is parking, but since my building has it's own lot, that doesn't get me anything either.

I don't think this how motorcycling is supposed to work:

Anyway, I'm OK—just a sore ankle, thumb, and knee. The bike will live, too: cracked fairing, windscreen, and left front turn signal, bent clutch pedal and handlebars. The gear held up quite well: helmet and pants are dead, jacket scuffed up but usable. 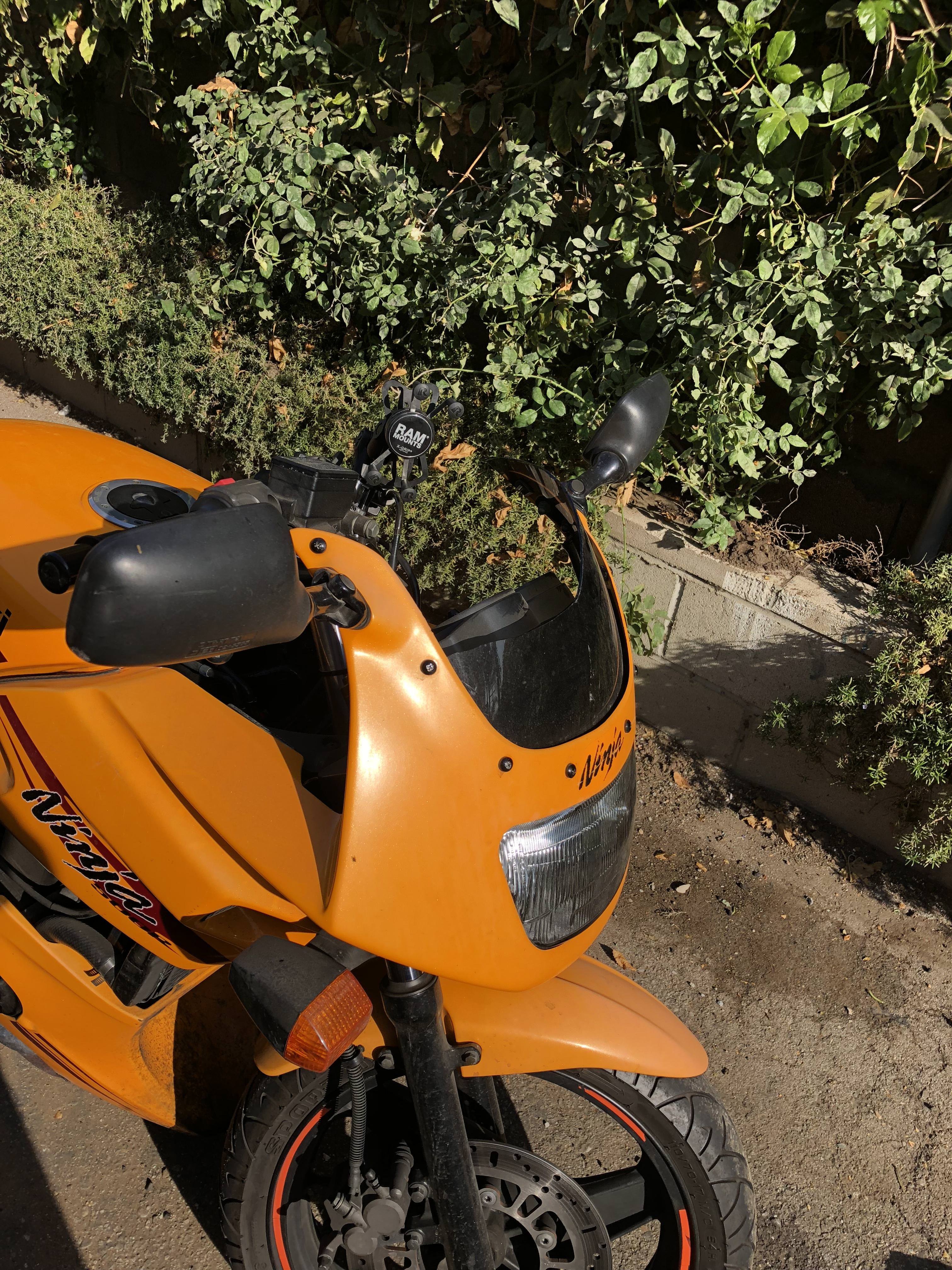 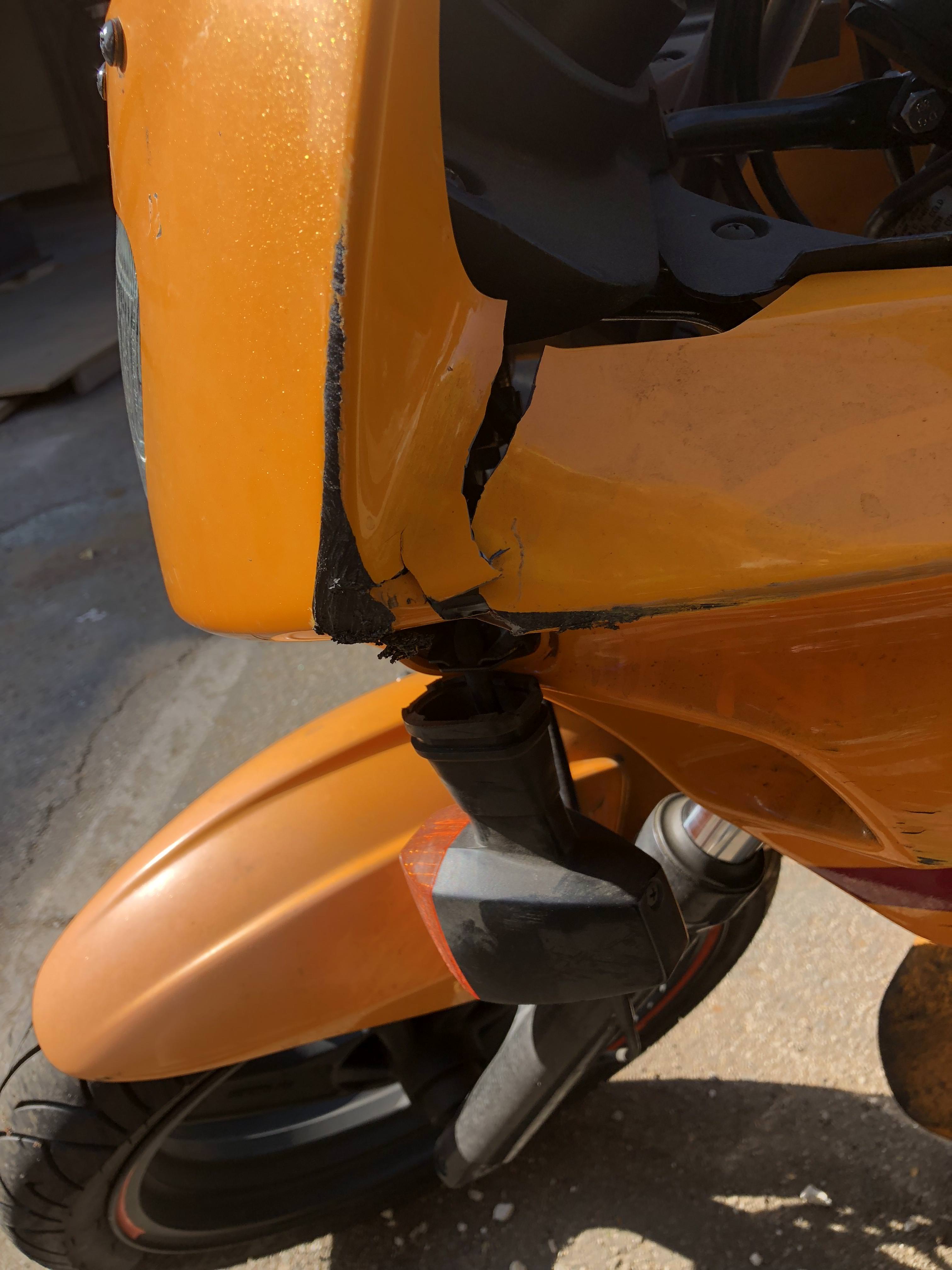 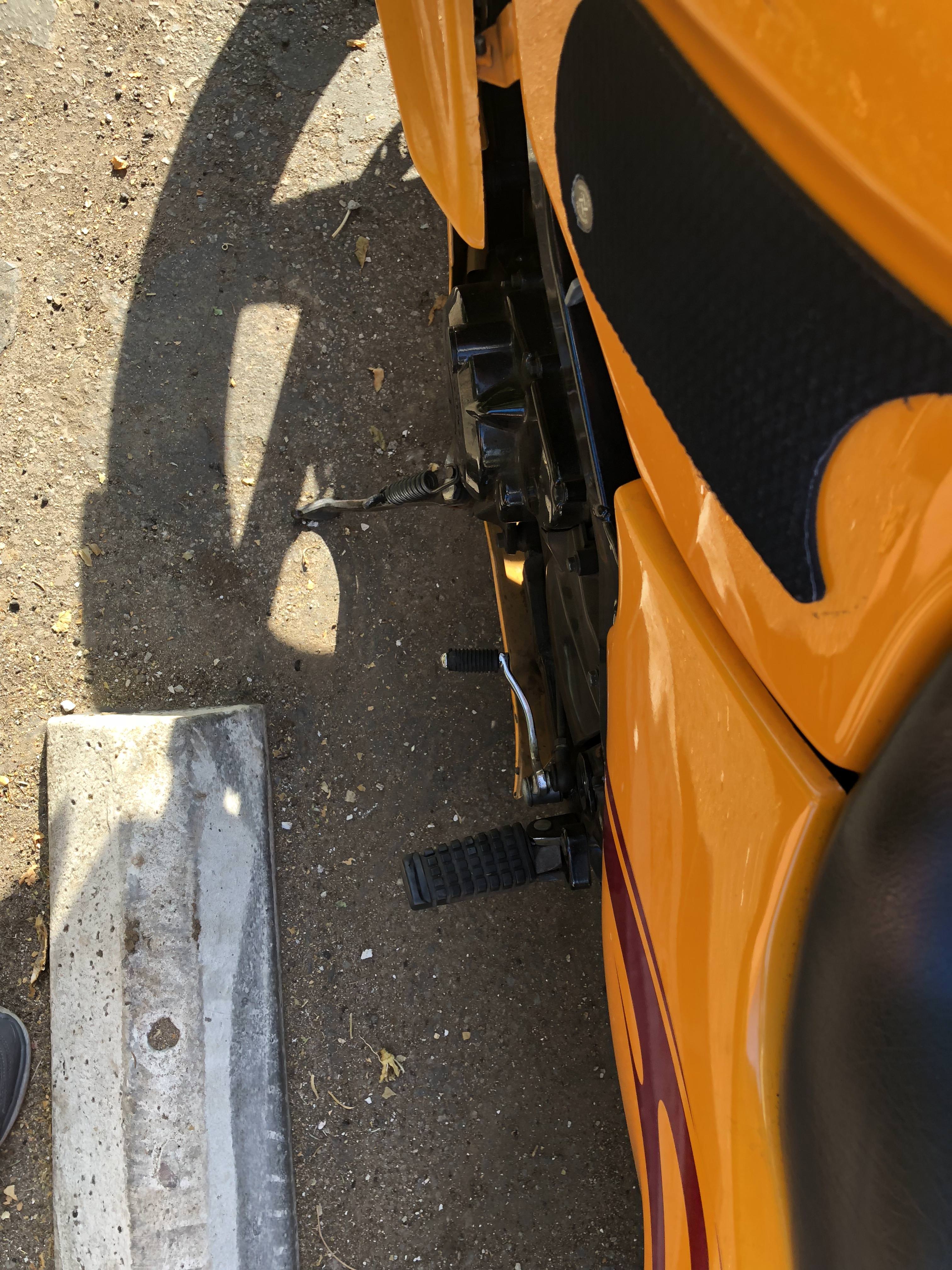 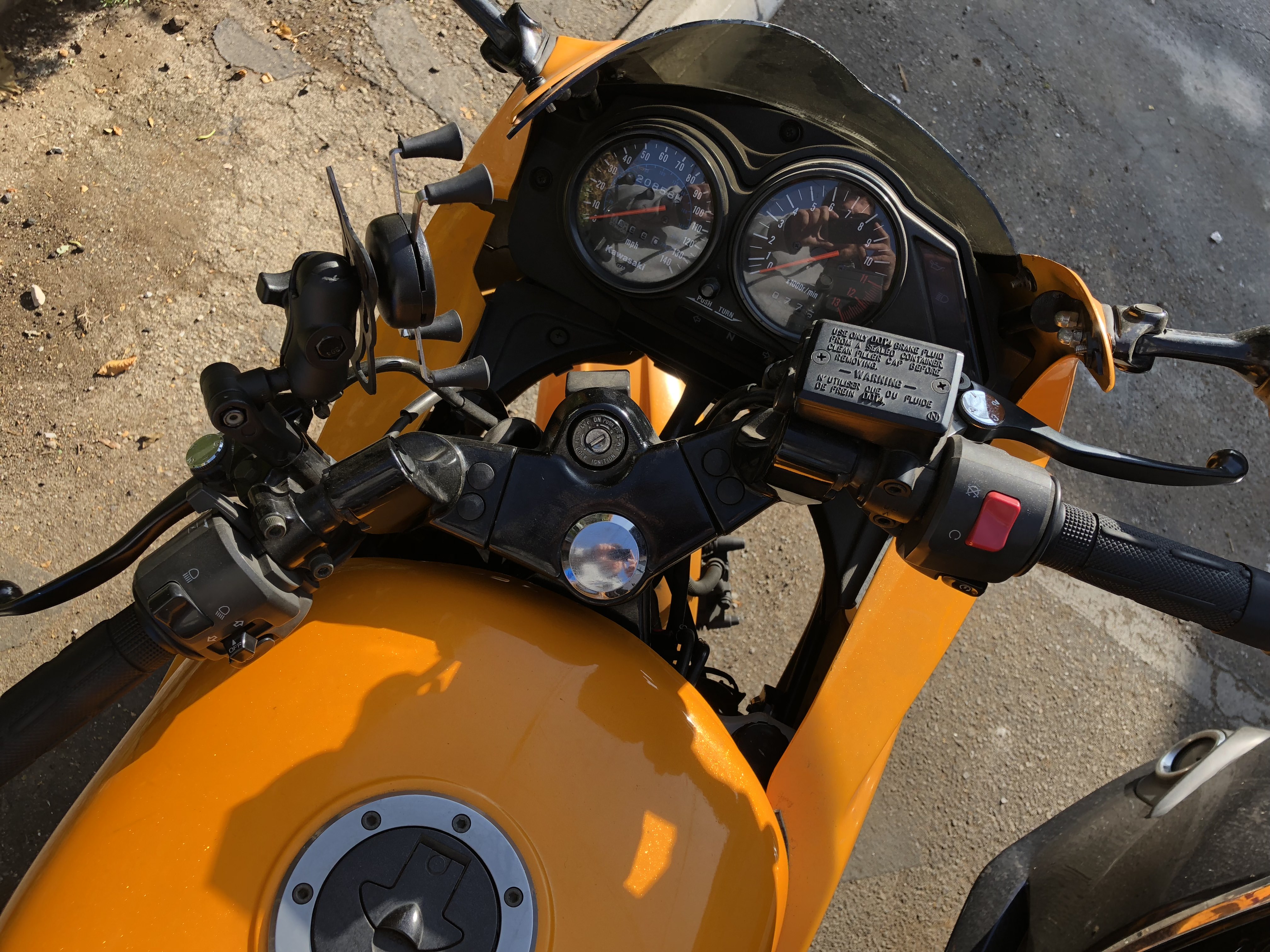 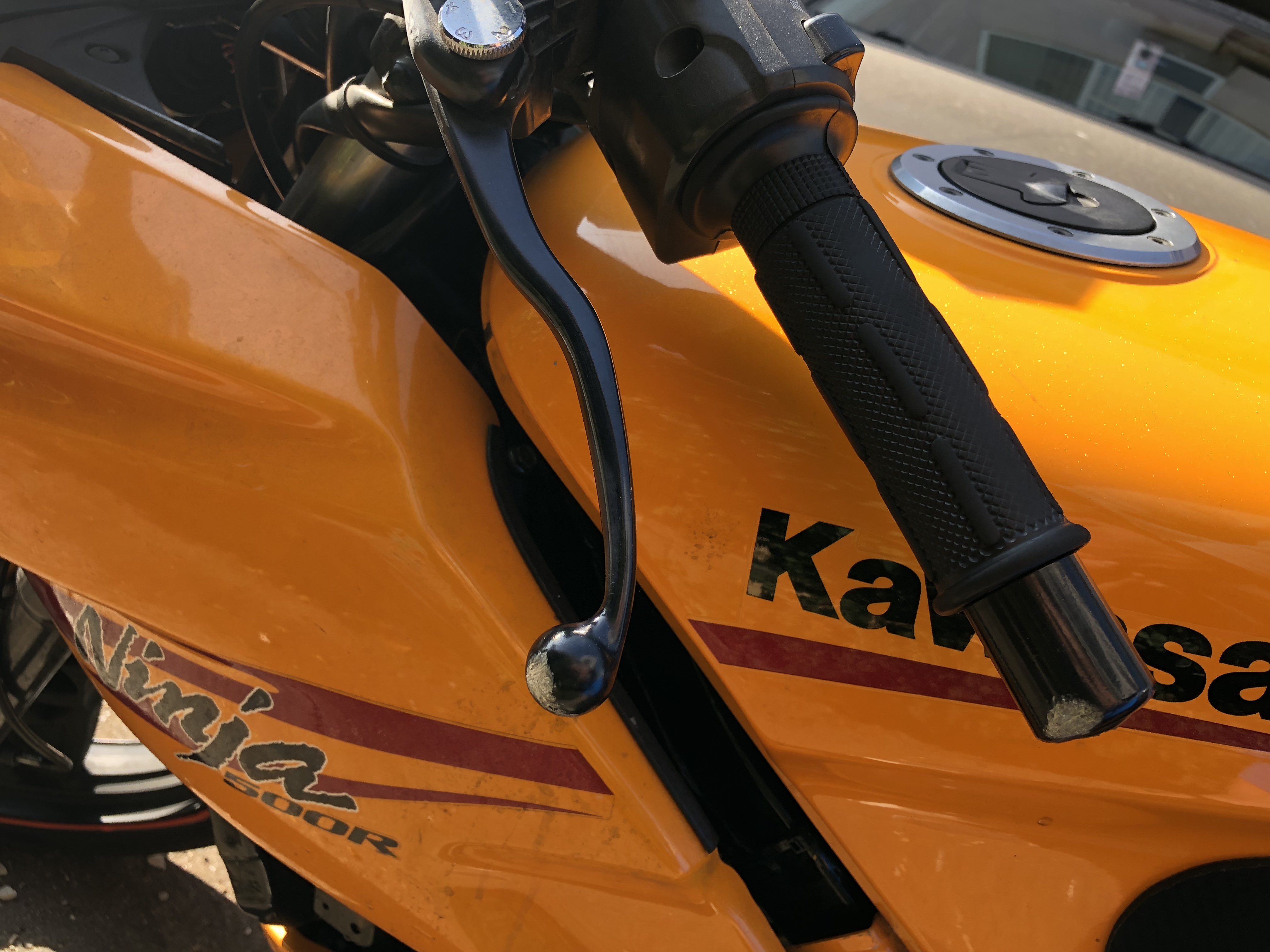 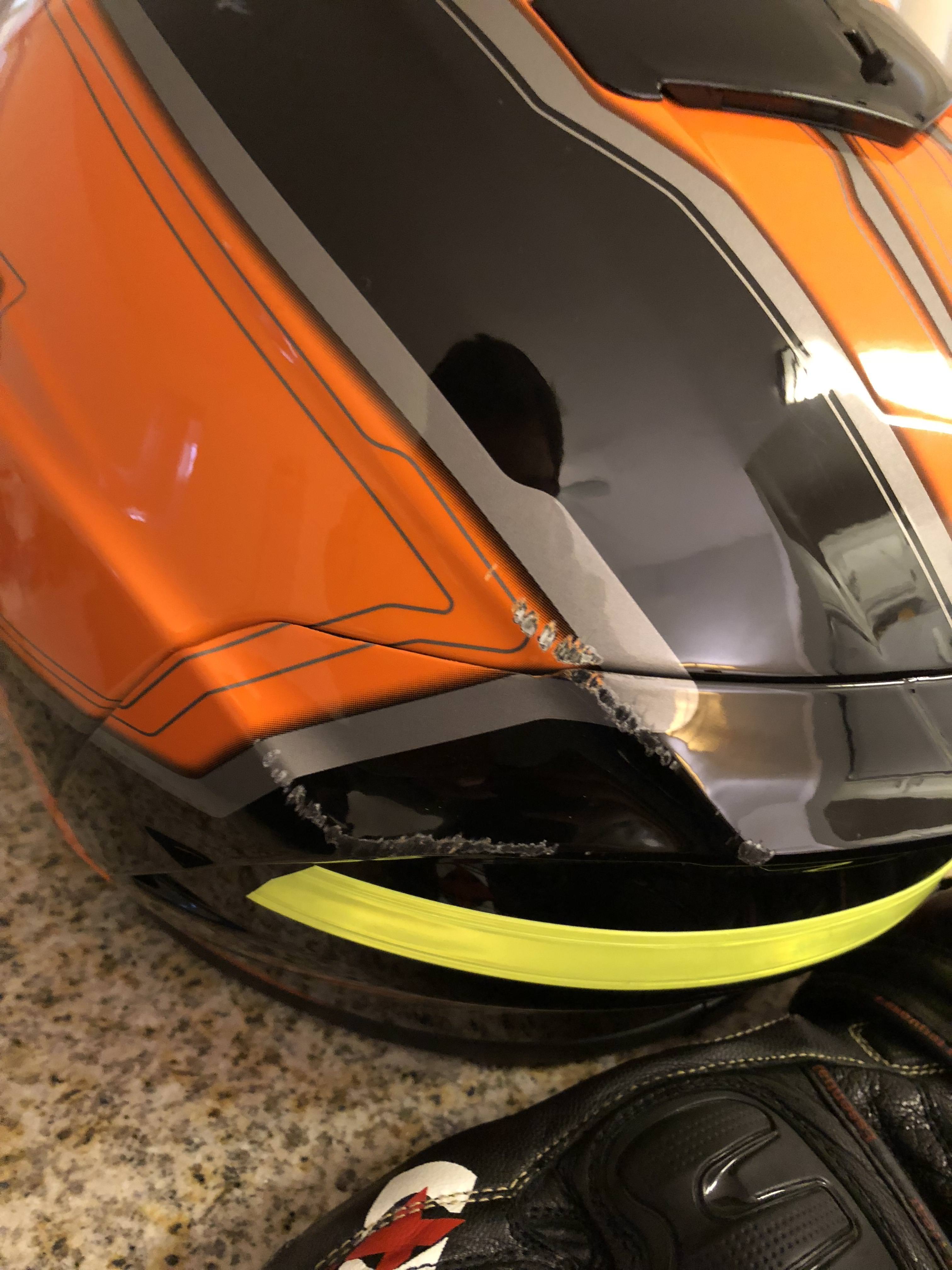 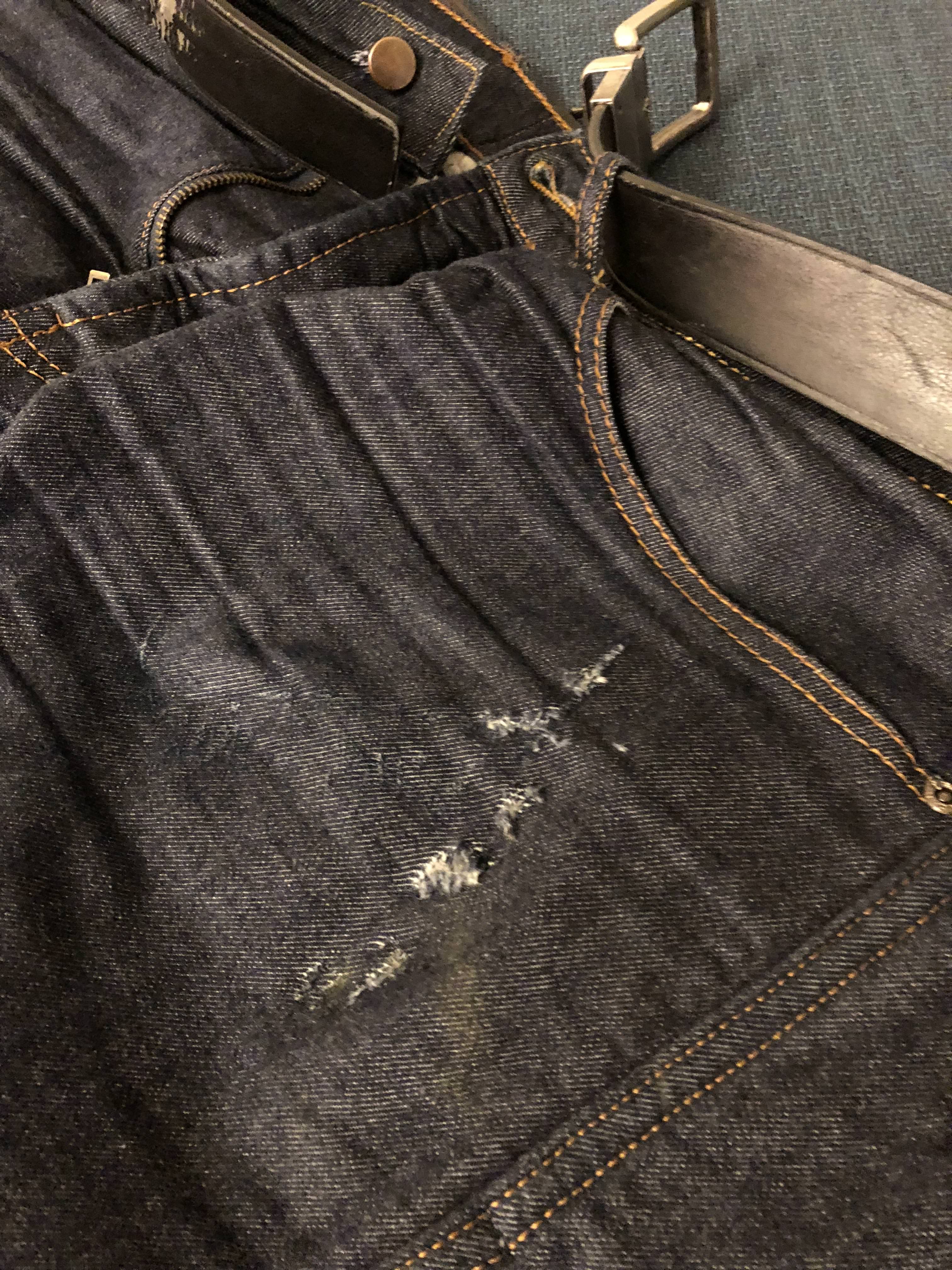 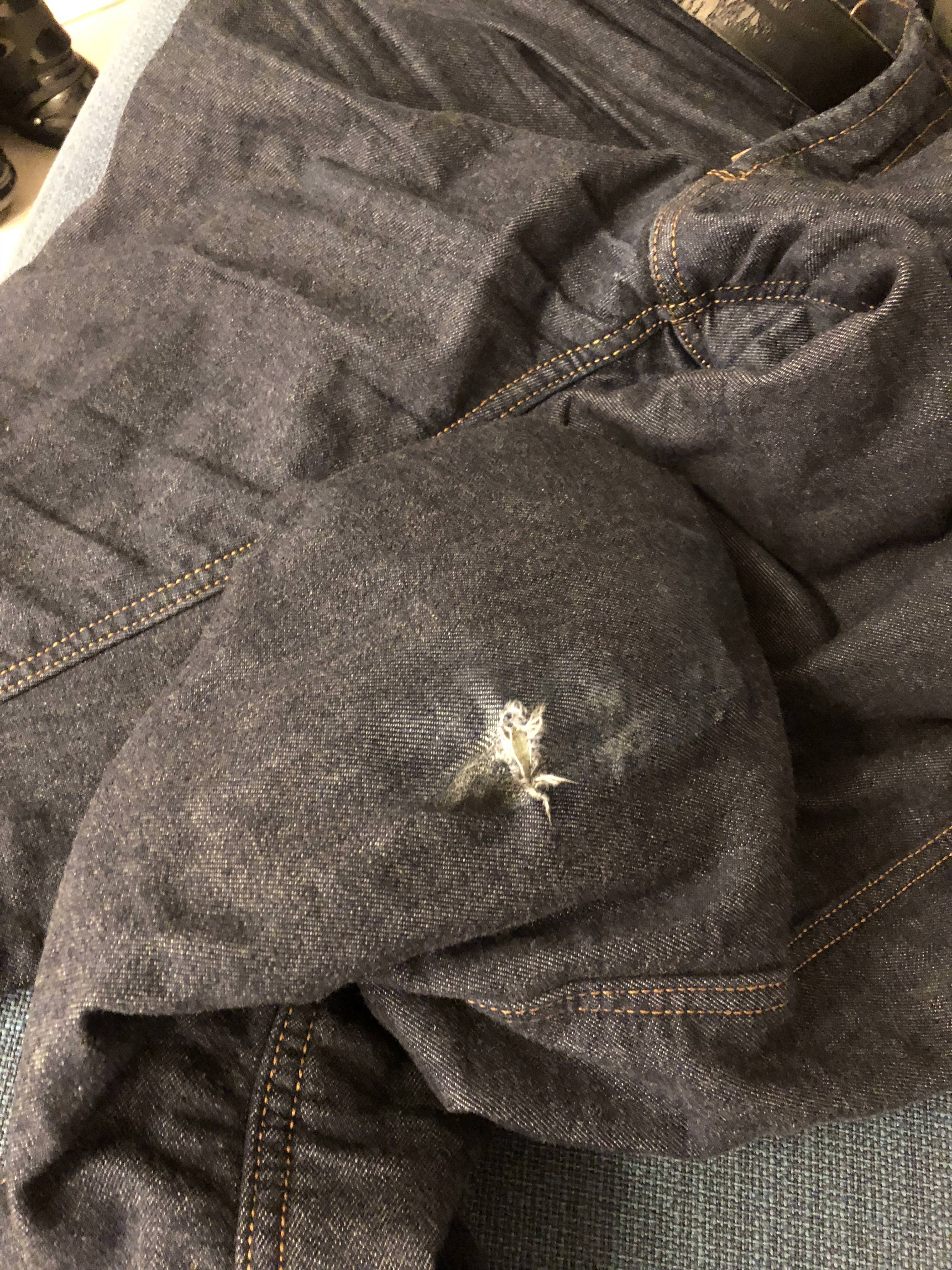 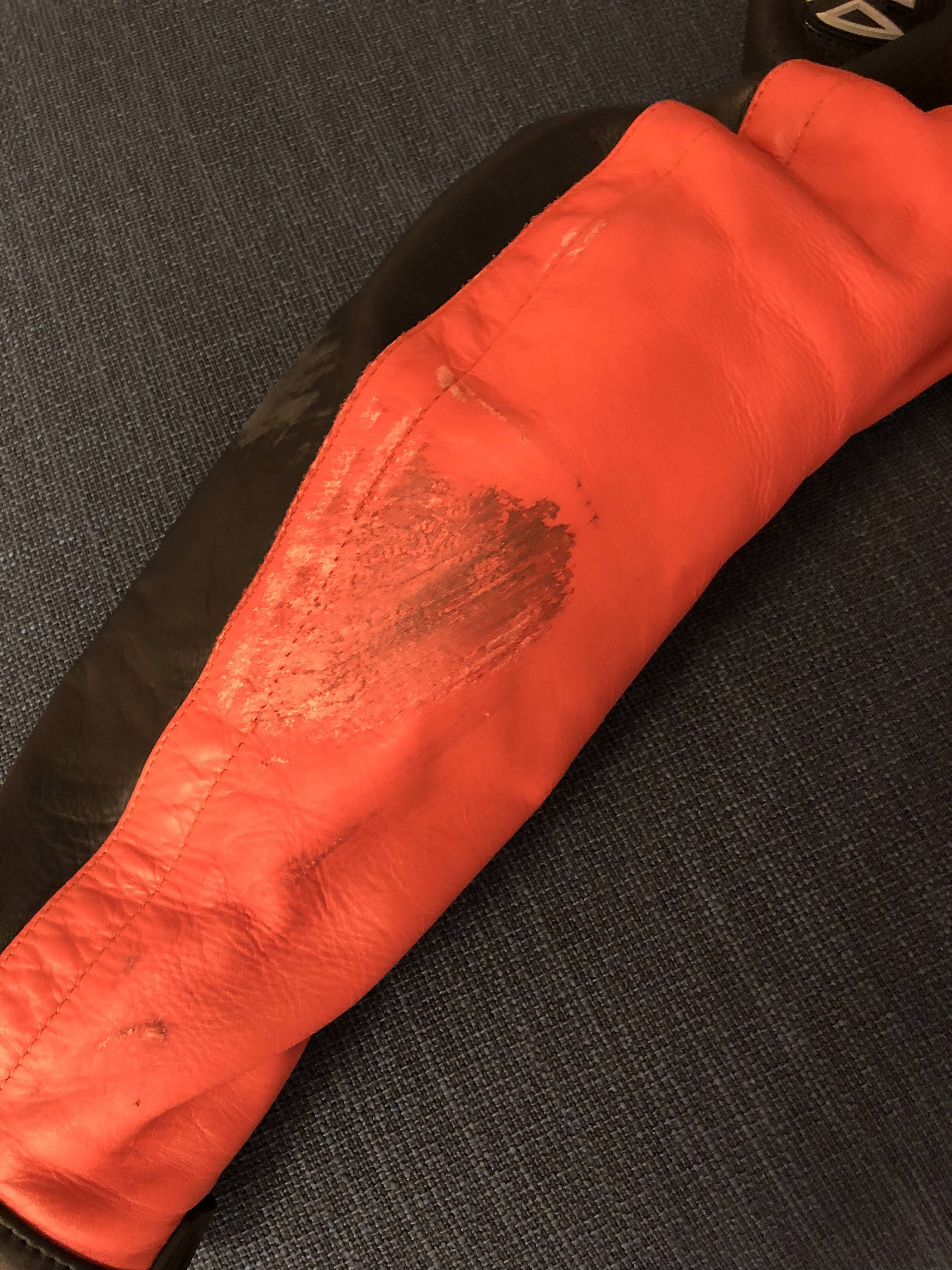 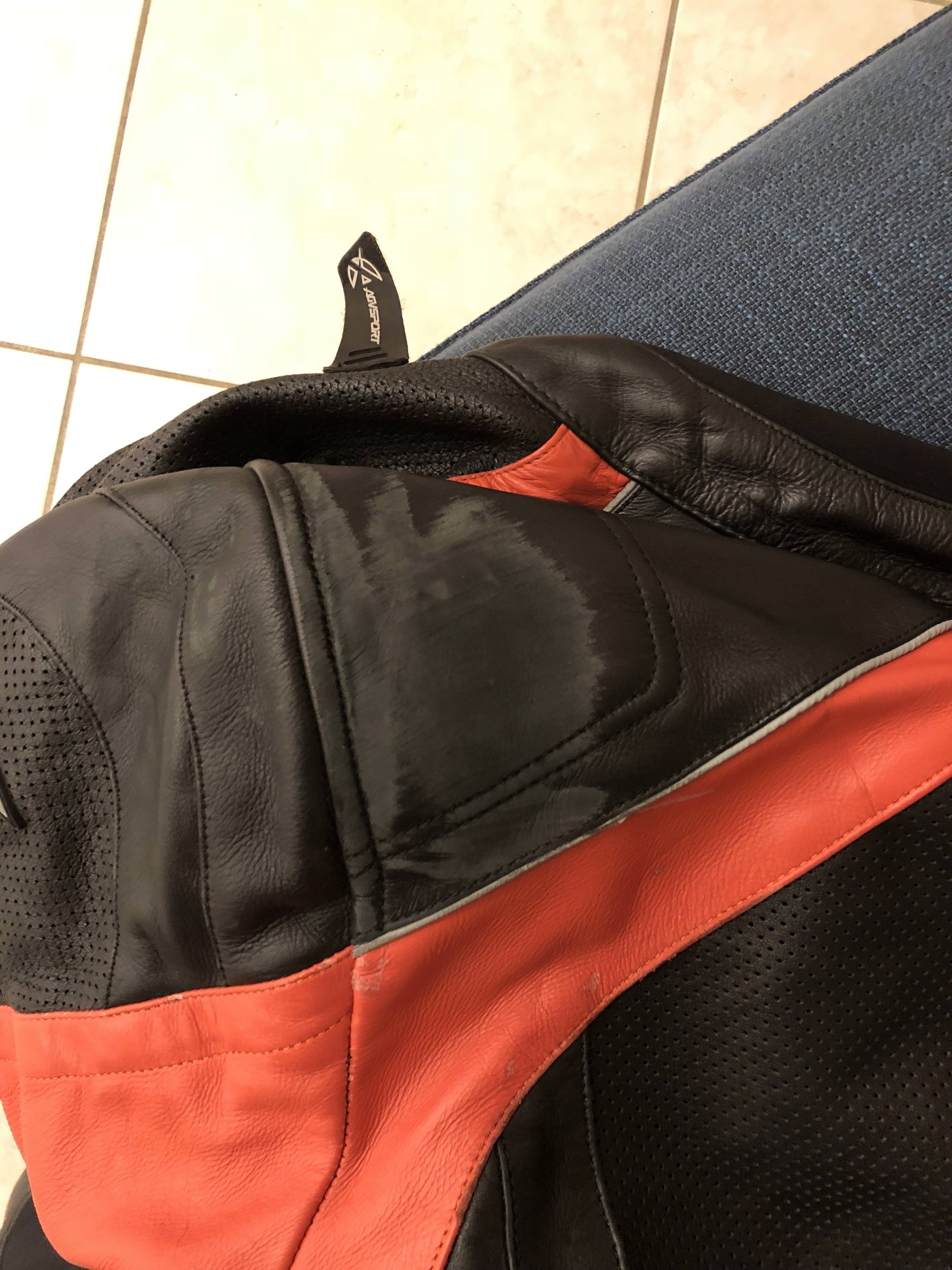 Glad you're alright! Pants might be fixable, there should be some motorcycle friendly tailors in the LA-area that can take a look.

Admit you were just looking for a reason to repaint it actual yellow..

Now your pants are designer!

Glad you're ok though man

Damn, altoid. Well, I'm glad you ATGATT'd - welcome to the club though!

And so it begins: 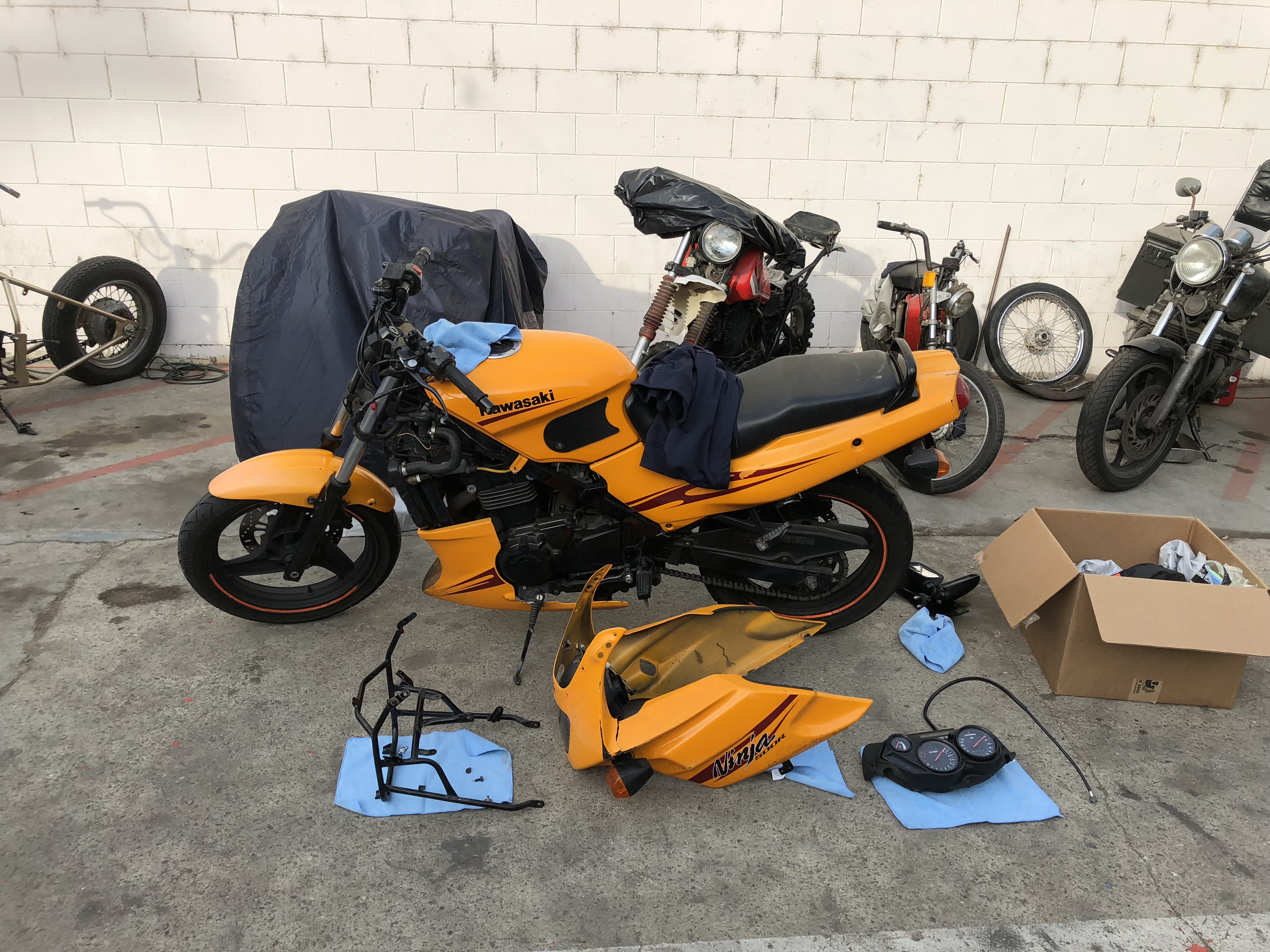 No progress made on the bike itself, though I've received the new handlebar, shifter pedal, mirrors, and turn signals. A fellow MotoLA member offered me his FZ8 headlight, so I'm gonna' try to rig that up instead of a round old-school one, because free. I haven't yet entirely decided what to do about the gauges?possibly a TrailTech Vapor. While I have the bike in the shop, and as I suspect I'll have some helpful hands available, I'm probably gonna' get some frame sliders as well.

All this is currently on hold as I discovered I had fractured my thumb and torn two ligaments. The surgery went well, but I don't actually know what I'm looking at in terms of recovery, so this whole plan might need revisiting in a week or two. I'm not super wild about the idea of holding onto the bike for a long time if I'm not cleared to ride it, so we'll see see once I start physical therapy. 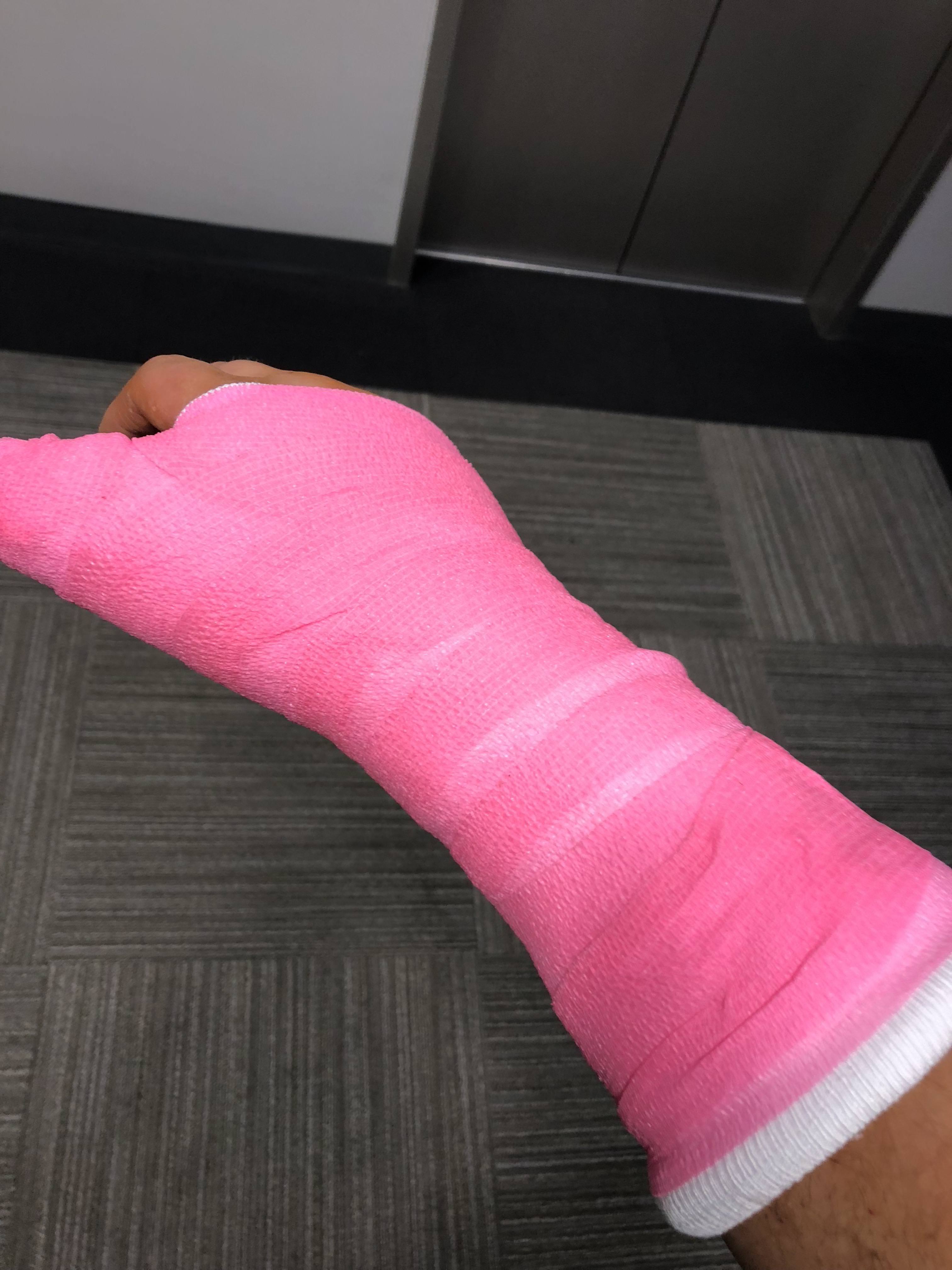