Originally planned to keep this a secret until I had a proof pic tomorrow but I can't manage it. Even MWF doesn't know about this, I wonder what his reaction will be.

Around a month ago I was considering the options with Keely my 1994 Disco 1 with regards to Ringmeet and Roadtrip, with the general opinion that I had to do something to try and make her comfortable to drive. I made a list that included a possible engine transplant, gearbox swap, suspension upgrade and, oh yes, arm rests. It soon became apparent that none of that work was economically viable on an off-roader and that anything nice would soon get ruined with mud and water. So I went one step further and decided to get another one, strictly for road use. The strict rules were: Leather, V8 and automatic. Also not red or pale blue... or silver if a facelift model. With this in mind I trawled the internet for the very few vehicles that fitted my bill.

Anyway, more of that later. Today I went up to Glossop in the north of UKania where it rains a lot to pick up my Discovery 2 V8 with a cunning plan that would see me detour through Penistone and get a photo with a sign of the towns name. That fell through as the business I found on Google Streetview has gone, so I had to make do with something I found nearby. Everyone, meet Bugsy and Cheese Bottom. 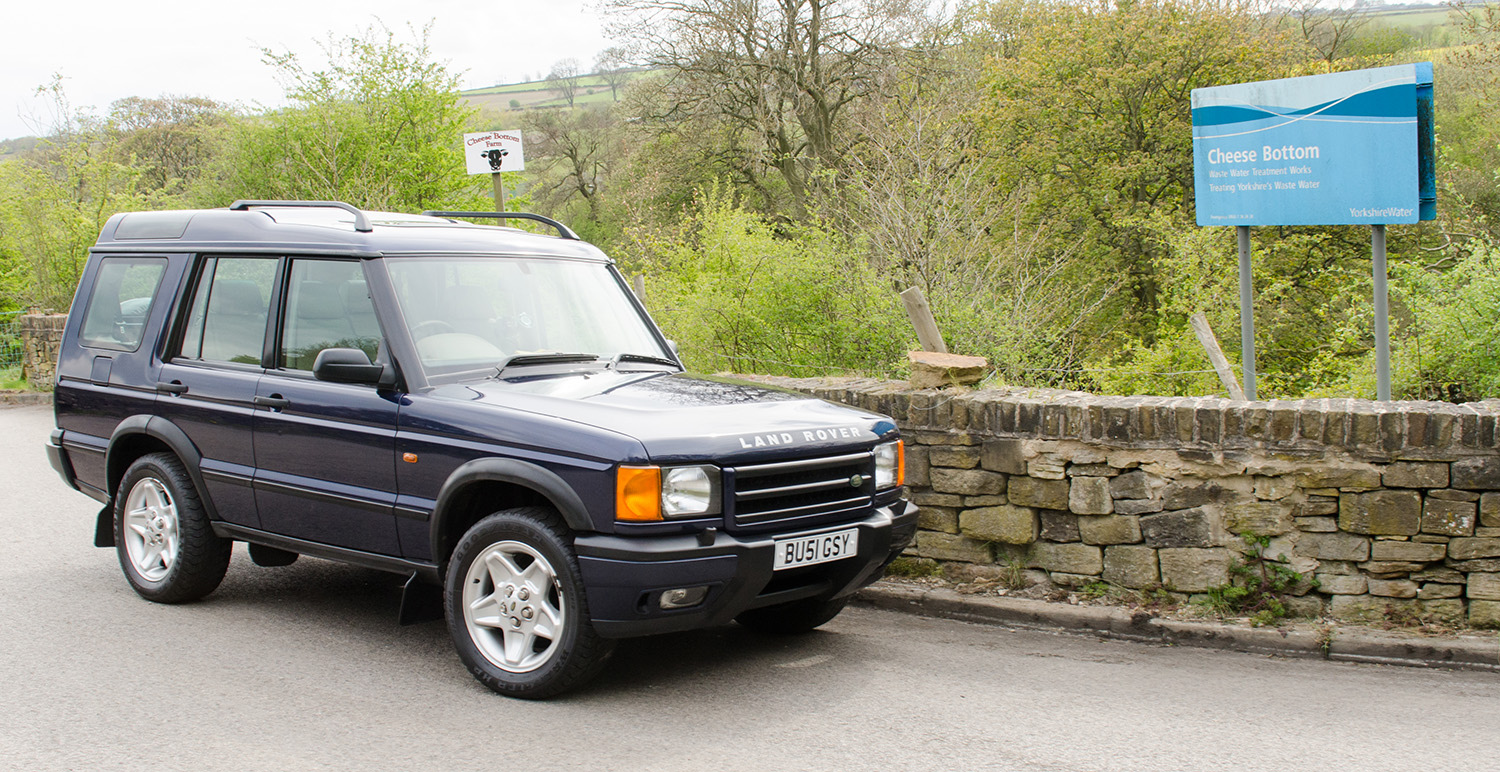 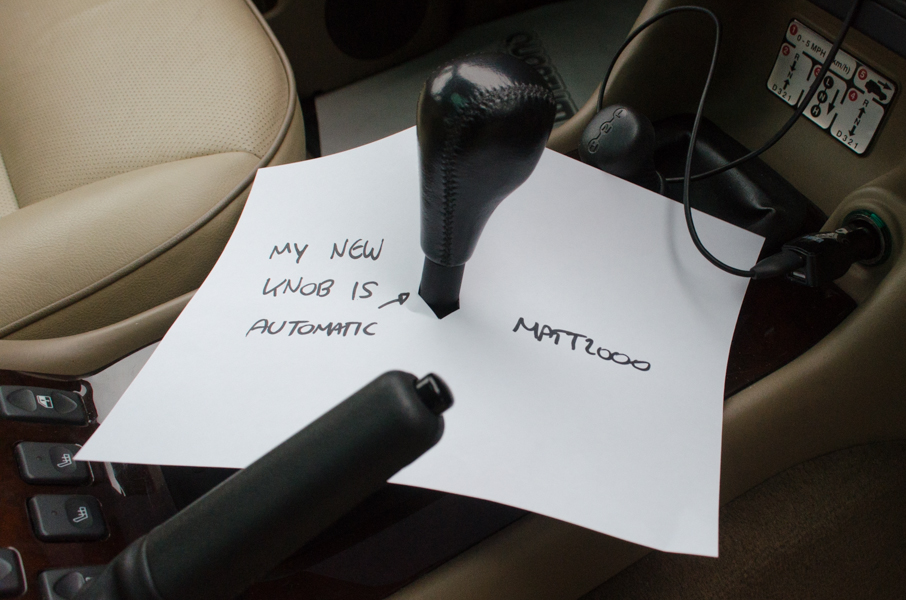 So, you may be asking as you pick your jaw up off the floor, what are the differences from the Disco you already have? Well...

The list goes on, they really are like chalk and cheese. Keely is great as an off road toy, and not relying on her for the road allows me to get rid of the nasty headlining and take out the grubby carpets. Sadly though, this means she won't be coming to the Ringmeet. Bugsy will be doing that and will stop myself or MWF from going insane due to the slowness, vibration and rattles. Bugsy has very little rust underneath, unlike the first one I went to see that was at a similar price but rotten underneath. He's just had rustproofing done too to keep it that way, in to the purchase price.

No doubt you're still wondering why I went for a V8 instead of the very good Td5, but why not? I won't be using it off road so there's no risk of drowning or straining the V8. I can afford the fuel costs at the moment, and the soundtrack is lovely. It's no muscle car sound, but lovely nonetheless.

You're also asking why I didn't just buy a normal car. Well, I didn't set out looking for an alternative to a Discovery, I think they're great and I like the high driving position, I just set out to find an alternative to Keely for road use. Boy, have I found it. 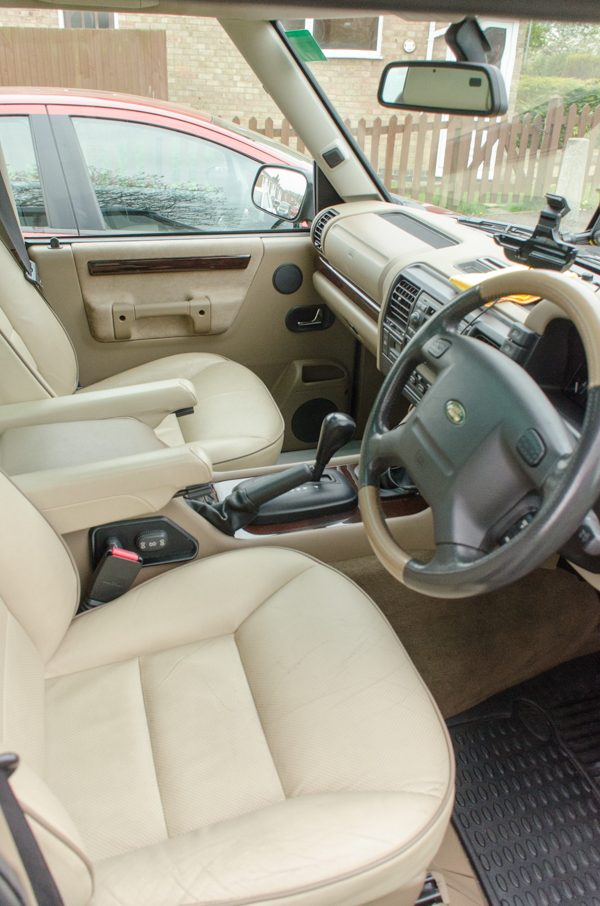 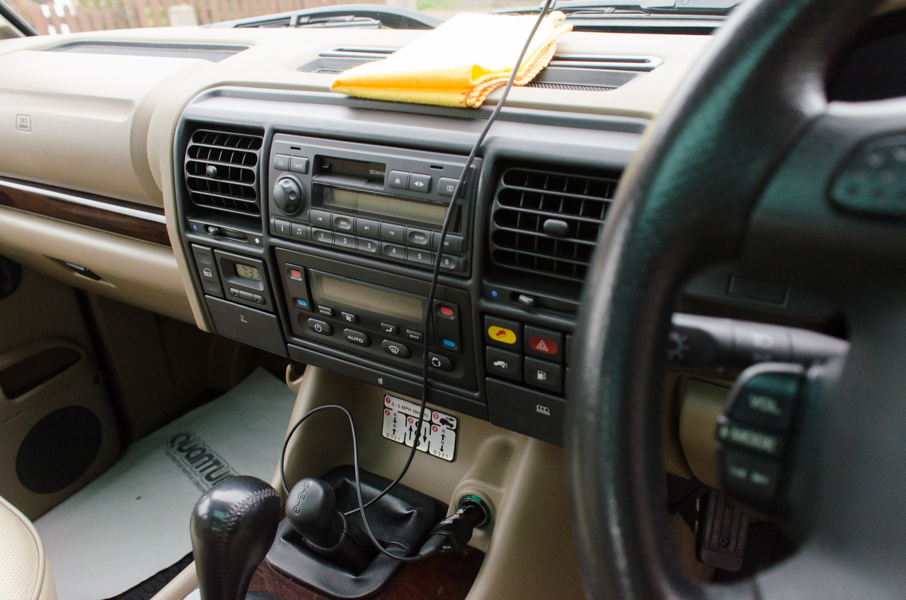 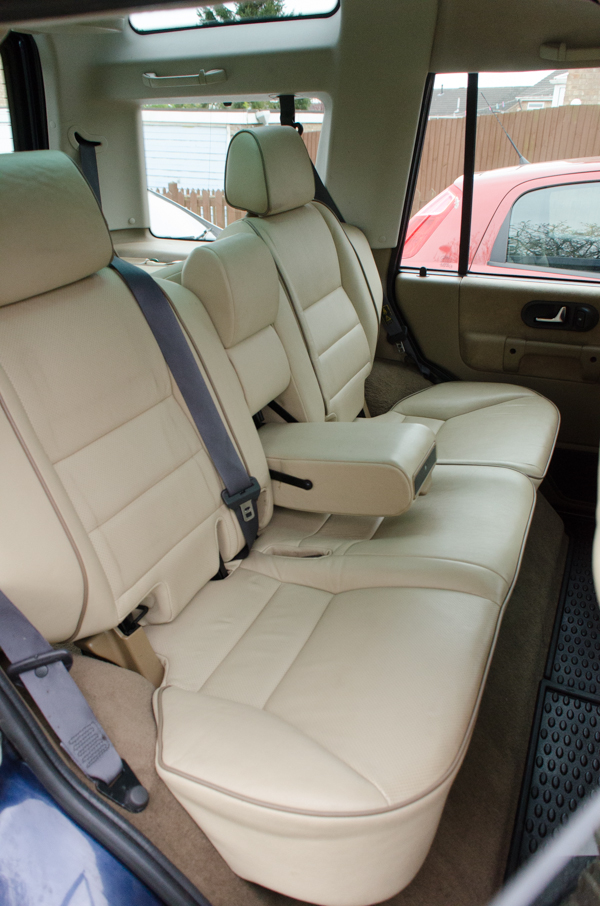 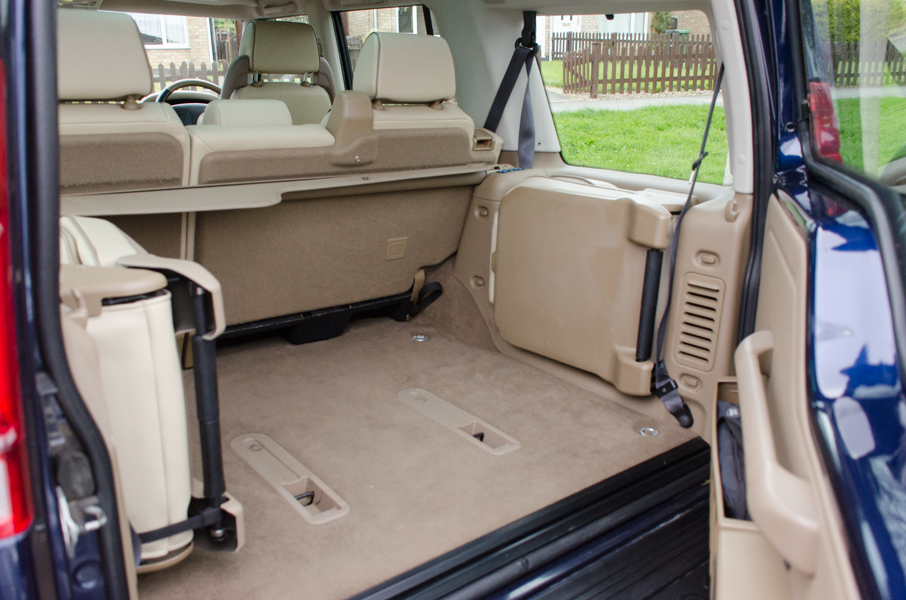 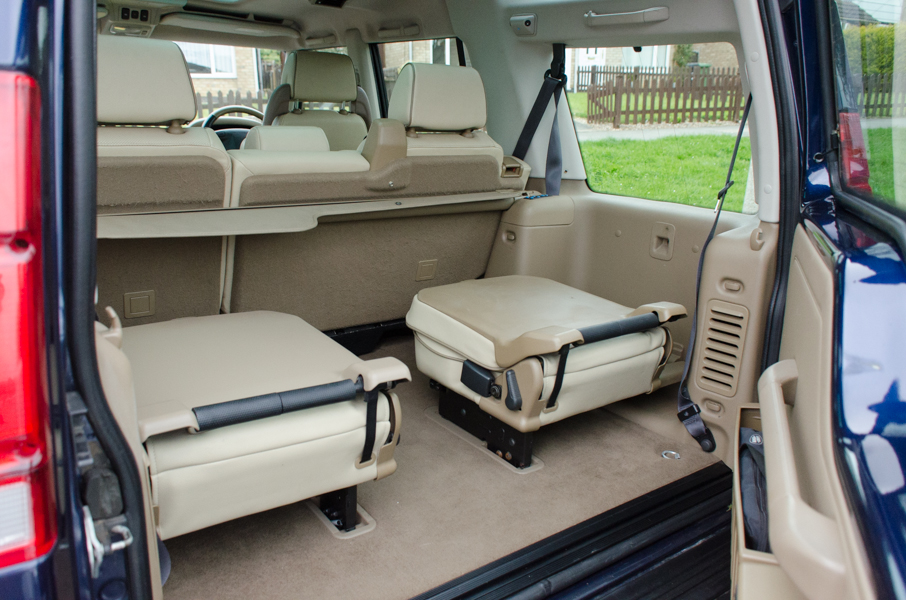 Sudden seats. I couldn't be bothered to pop them up completely. 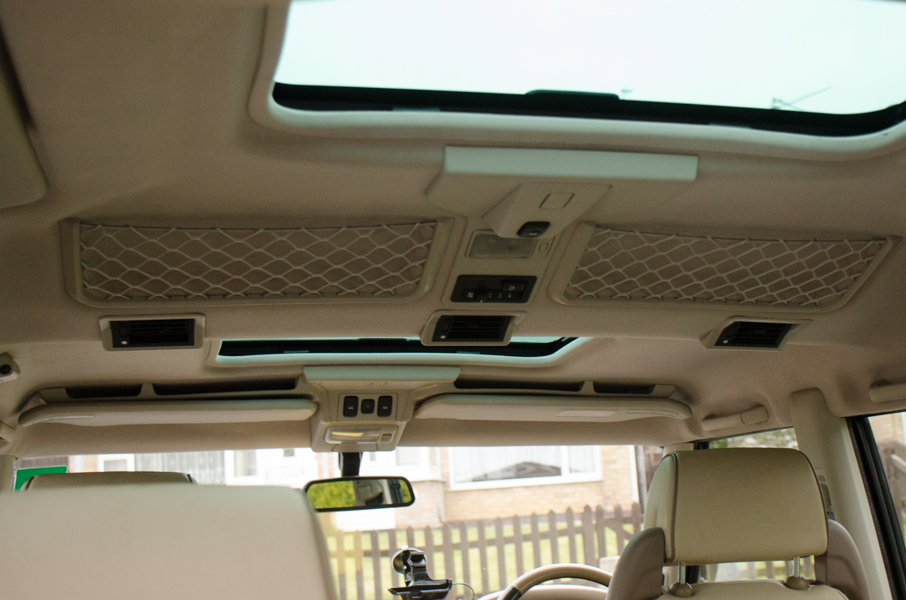 Rear passengers get AC too, didn't even know this was a thing when I first started looking for one. 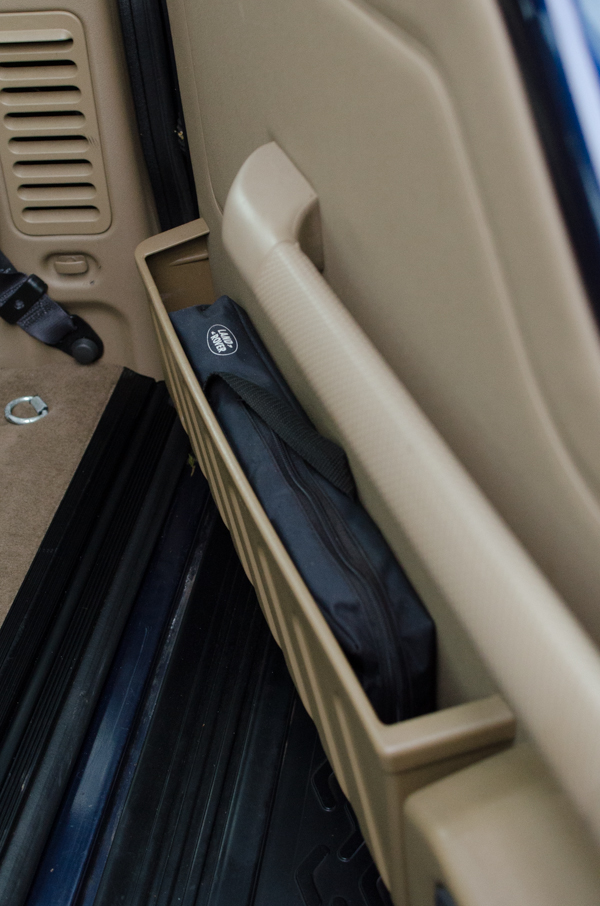 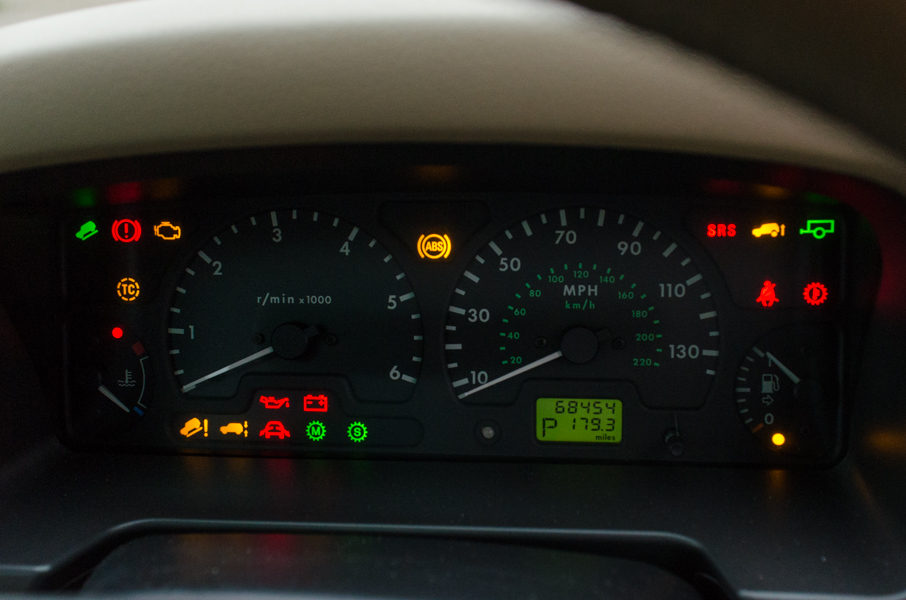 So many lights! Fortunately they all go out again.

Welcome to the V8 world . For a moment I was about to say that you even got a BMW engine, but that was the newer Range, not the Land.. right?

Congrats on the new rig! Looks like a very clean example.


thomas said:
Welcome to the V8 world . For a moment I was about to say that you even got a BMW engine, but that was the newer Range, not the Land.. right?
Click to expand...

I'm glad you answered that for me because I wasn't sure if that engine was BMW or if Ford just got in there in time. Yes this one is still the ancient Rover V8, at the point where it had masses of extra wires and things keeping it going like an old person on life support. I still love it though.

Dad took one of these old V8 Discos for a test drive a few years ago. It was top spec but felt very old in it's design, the V8 was like a grumbling elderly relative, it was endearing but the fact you could watch the fuel gauge drop as you accelerated was enough to put Dad off the idea of ownership. :lol:

Wow that is so nice, and clean.

Ever since I saw Camel Trophy: The Land Rover Years, I have found these cars (also RR classic and defender) to be incredibly cool.

My dad has an 04 RR which is pretty cool but not the same thing.

I wanted one for a while but the running costs... Anyway congrats.

Oh yeah I fully expect its economy to be en par or worse than the M5s . But I also assume your tank is much larger?

Looks exactly like the one that totaled my mitsu. You are not planning on installing any bullbars are you?

It looks amazing for a 14-year old off-roader. Full service history and 1 owner I assume?

He already warned me about the front propshaft when I mentioned the idea a while back, will get the UJs checked. V8 issues are already known but can't be predicted.


thomas said:
Oh yeah I fully expect its economy to be en par or worse than the M5s . But I also assume your tank is much larger?
Click to expand...


gaasc said:
Looks exactly like the one that totaled my mitsu. You are not planning on installing any bullbars are you?

It looks amazing for a 14-year old off-roader. Full service history and 1 owner I assume?
Click to expand...

No bull bars, no plastic junk, no nothing. Plain, clean and original is the game here.

2 owners as it happens and relatively good history, the second owner took over at 17k miles.

How is the D2 compared to the D1 in road comfort? My D1 was less comfortable than my currant Ranger. I'm guessing the hydraulics and air suspension help a bit.

We'll see where my recent upgrades put Lucille, the fuel "economy" fight is on!

Congrats on the purchase!

argatoga said:
How is the D2 compared to the D1 in road comfort? My D1 was less comfortable than my currant Ranger. I'm guessing the hydraulics and air suspension help a bit.
Click to expand...

Much better, the air suspension certainly helps and the hydraulics mean there is minimal roll in the bends. Steering feels nicer and the seats are better than D1 seats too.

On paper, I might dare to fill it up again today and see what I did on the 140ish mile drive down with a couple of detours. I forgot to note the odometer reading before I left but I can work out the distance. It'll probably be much worse. :lol:


Dr_Grip said:
We'll see where my recent upgrades put Lucille, the fuel "economy" fight is on!
Click to expand...

Now I think about it, Troy's D2 is the same colour and I seem to remember a blue D2 in your pictures a few years ago. I like the colour though, goes well with the cream leather. I found that epsom green was another popular colour. I looked at a white one which would've looked more modern but as said above it was a shed.

WHAT?! Rumbling around in a 4.0L V8 at these economical times? How unethical. I'm extremly offended over such an irresponsible level of luxury waftage. - Personally offended! - What's your goal, to be as comfy as possible and listening to your V8 soundtrack while you burn all the poor fossils?! Shame on you!
...
Wait a minute...
...
Ack, nevermind.
You must log in or register to reply here.
Share:
Facebook Twitter Reddit WhatsApp Email Link
Top