Sadly random wires won't do for this one, it's me 'neat' car! Hanging wires (and no headlining with sealant stalactites) is a thing for the bobtail.

It's all tidy and businesslike in there now, as the first picture in post #202. 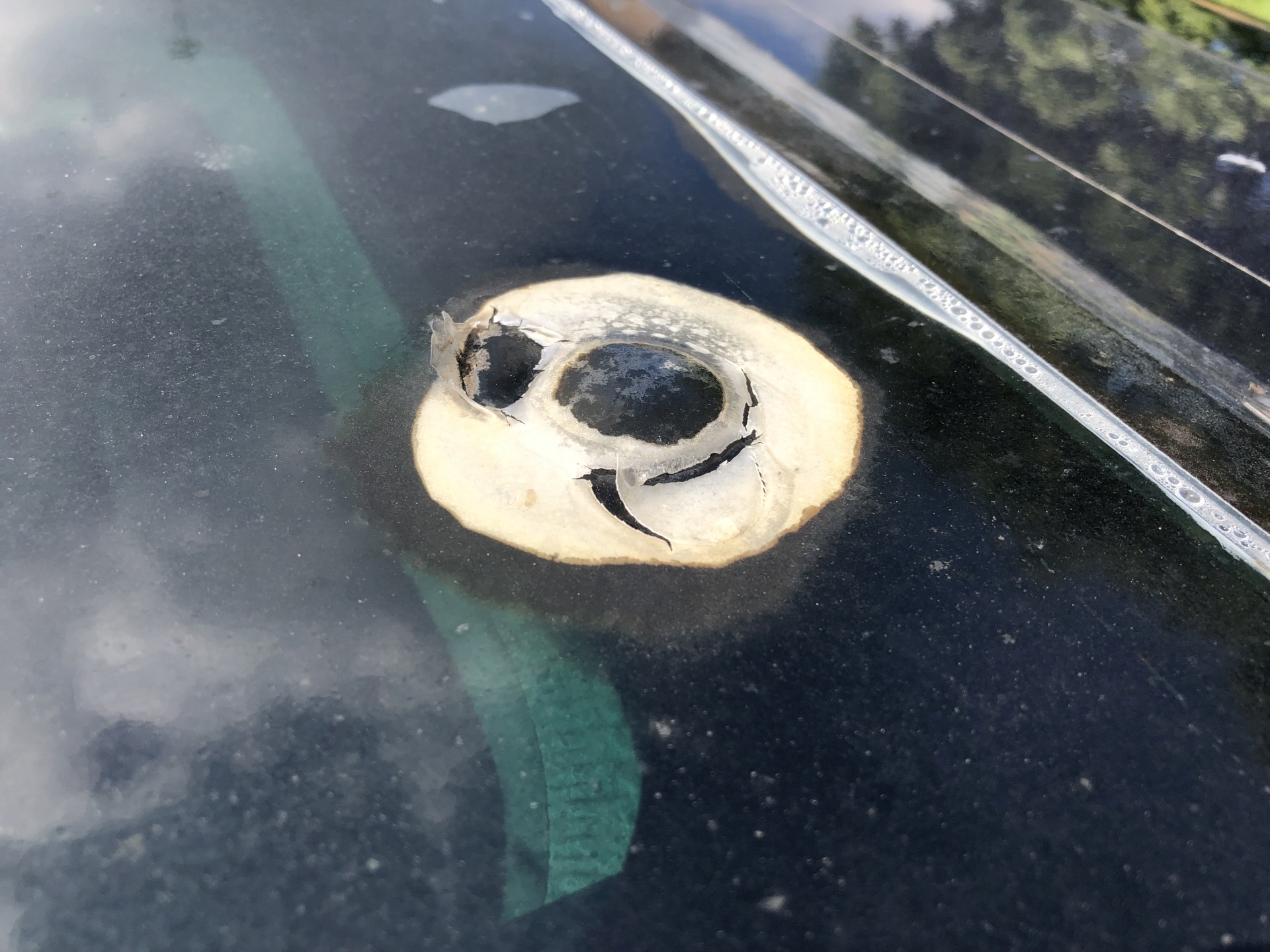 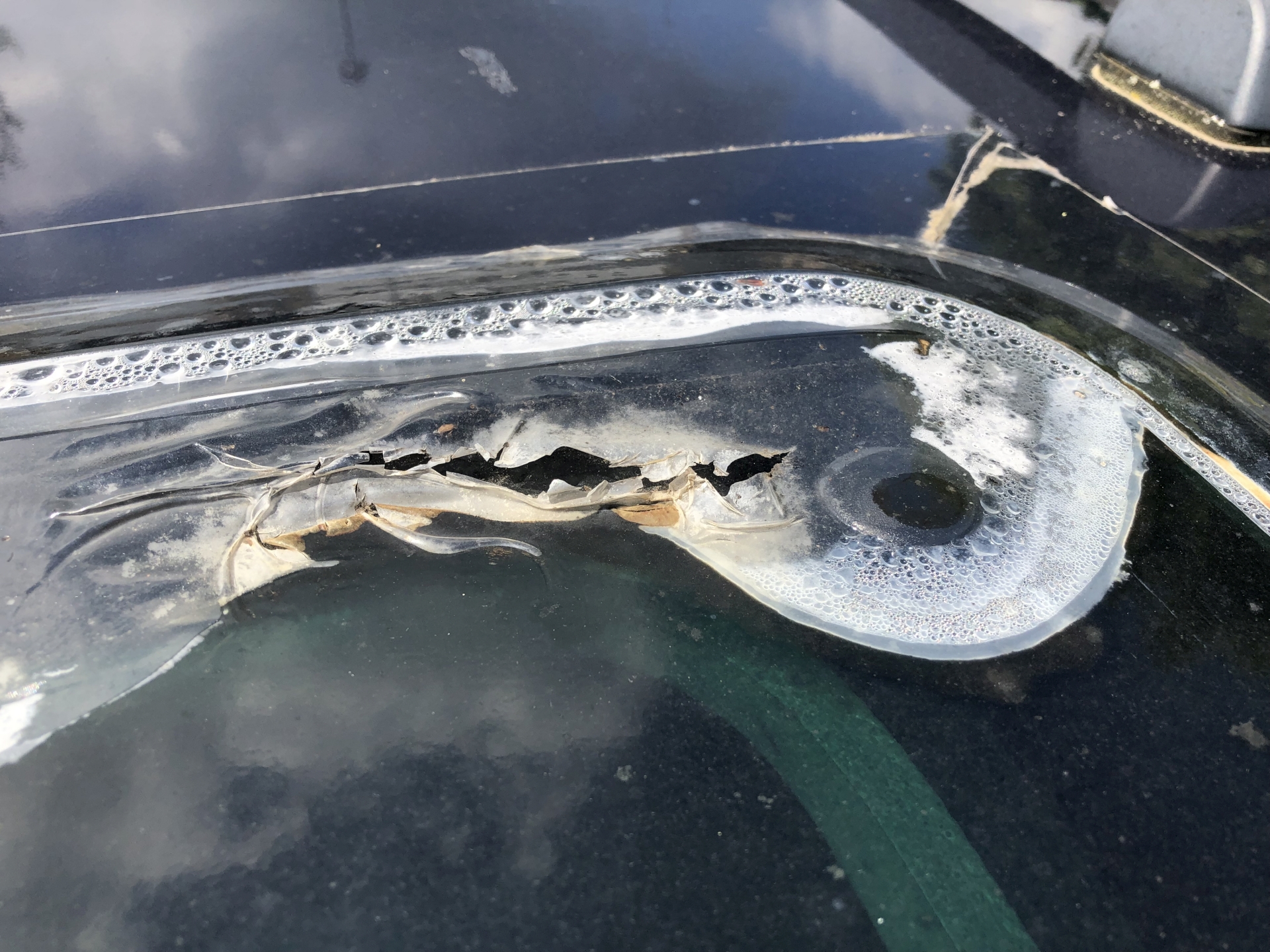 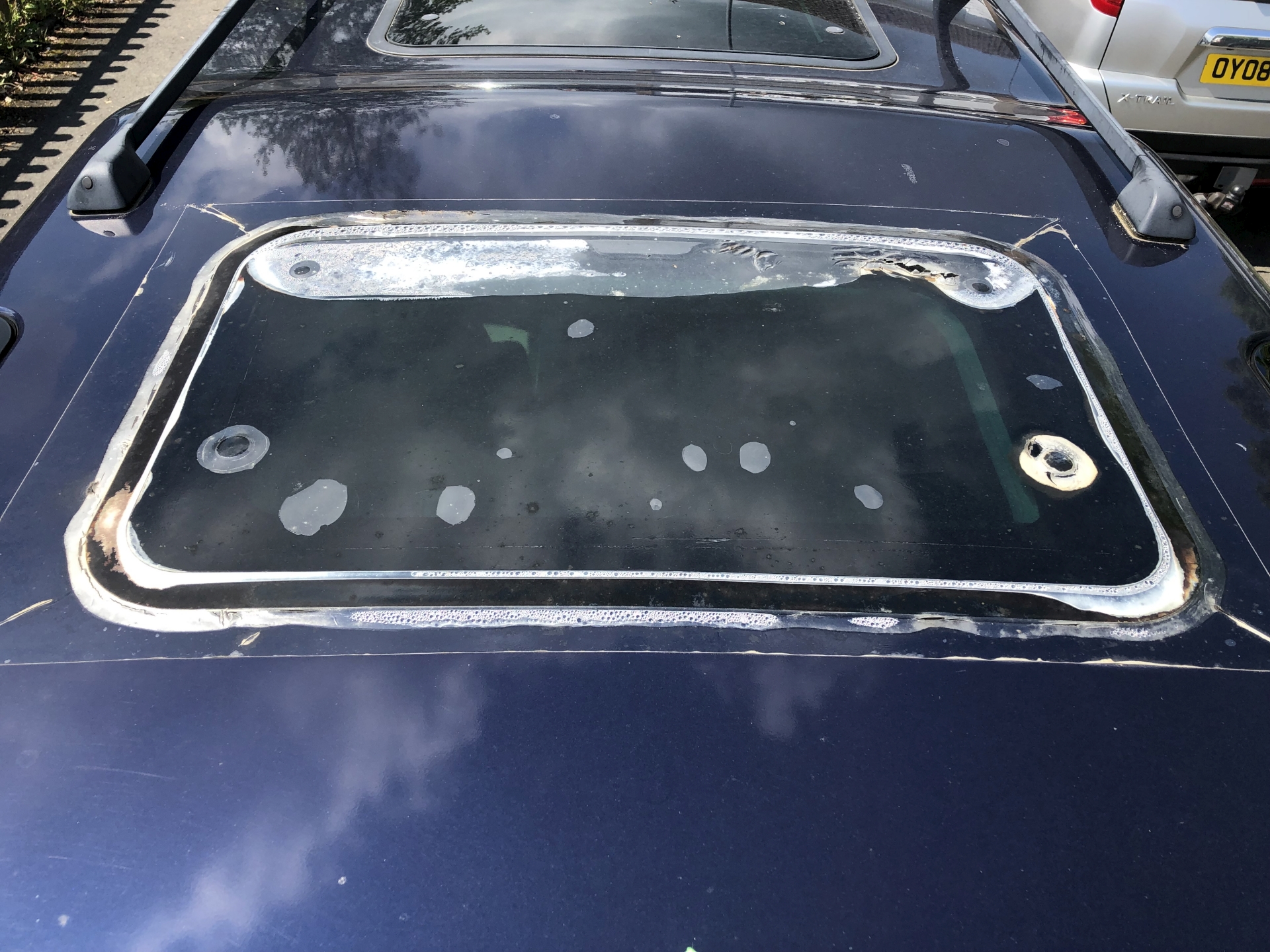 The 'clear bra' vinyl I applied to the sunroof has dried up and split, letting water through again. I noticed yesterday that the puddle had re-formed on the load cover after the rain we've had in the last week.

Duct tape will repair it for now, until I can get some more vinyl. I don't quite have enough of this stuff left (typical as I actually knew where it was).

Otherwise it's business as usual with Bugsy, no issues to report. Not getting driven much at the minute as the Smart is receiving all of the attention but was used for DIY material collecting yesterday afternoon. Finally removed a roll of rubbish bags from Ringmeet 2016.

Update o'clock, hard to believe it's almost eight months since that last post. Despite adding more plastic and half a tube of PU sealant I'm still not convinced that the roof is sealed again. That's not the point of this post though.

At Christmas I noticed a wet spot on the road where Bugsy is parked, under the rear axle. I traced it to the pipes feeding the rear ACE ram, I've replaced the hydraulic seals for these before but this time it was one of the steel pipes itself. A little bit of GDPO syndrome here again, the pipes weren't routed correctly and one had been hitting the upper ram mount. Over time this has worn the pipe until pinholes appeared and the fluid leaked out under pressure.

It's really hard to get pictures under there, this is the best I could get. Professional notes have been added. 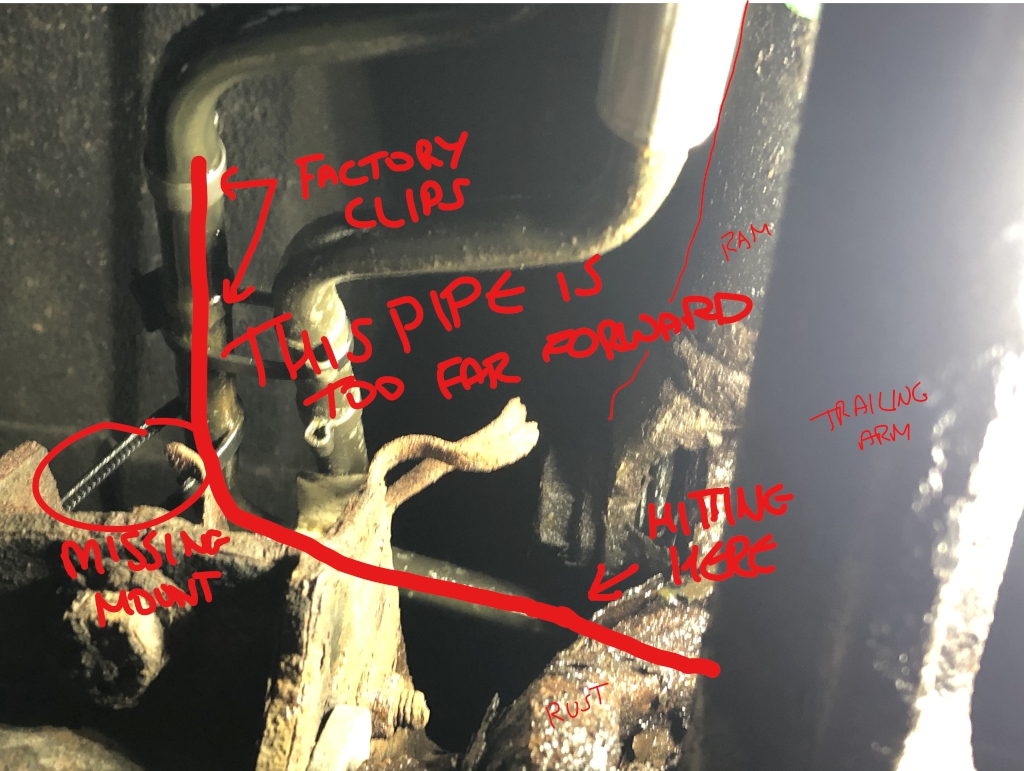 Fortunately someone had uploaded Land Rover's own guide to the system (along with many other systems) to Youtube. This is a spliced together picture of the pipe routing, followed by an image of the pipes at the ram. 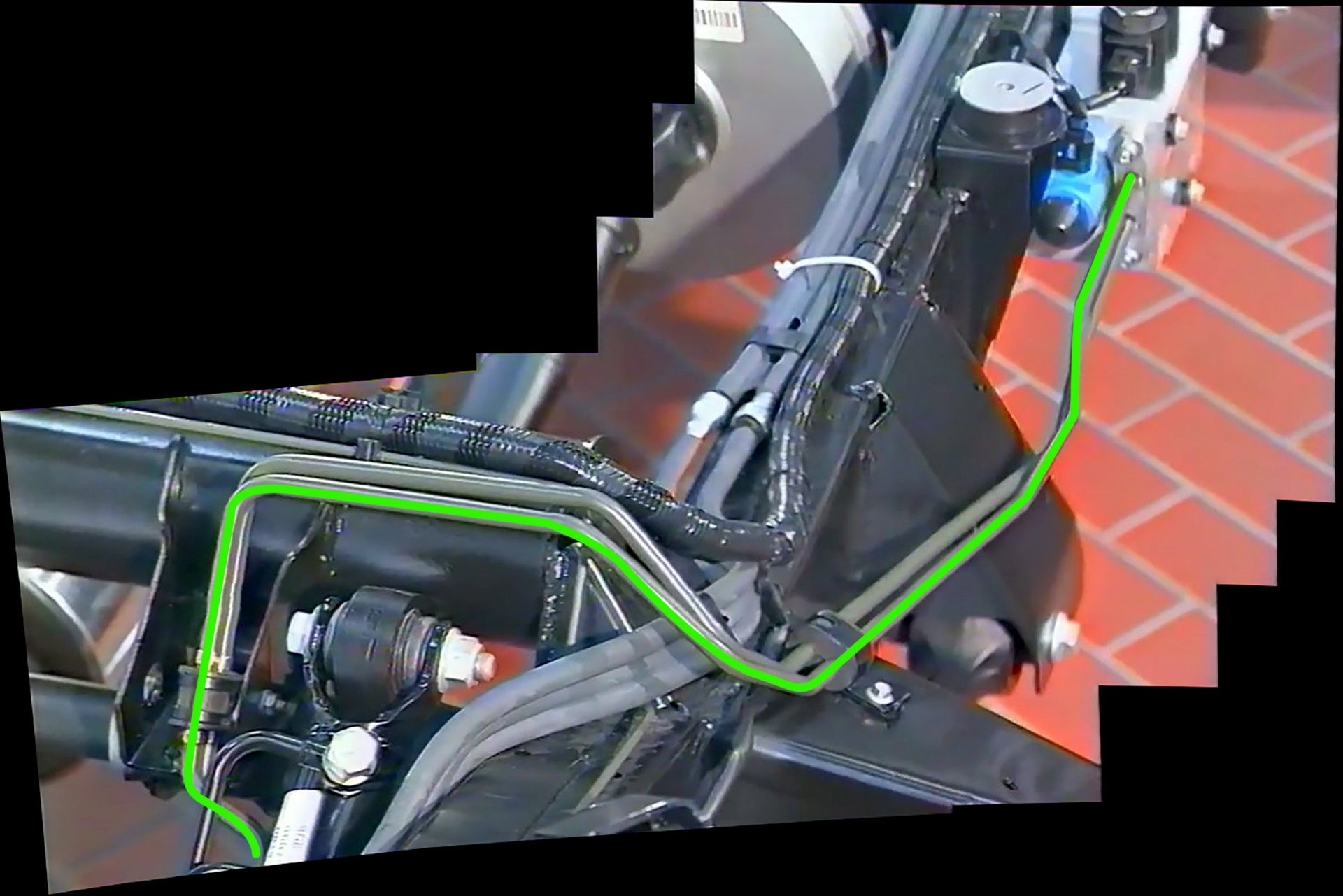 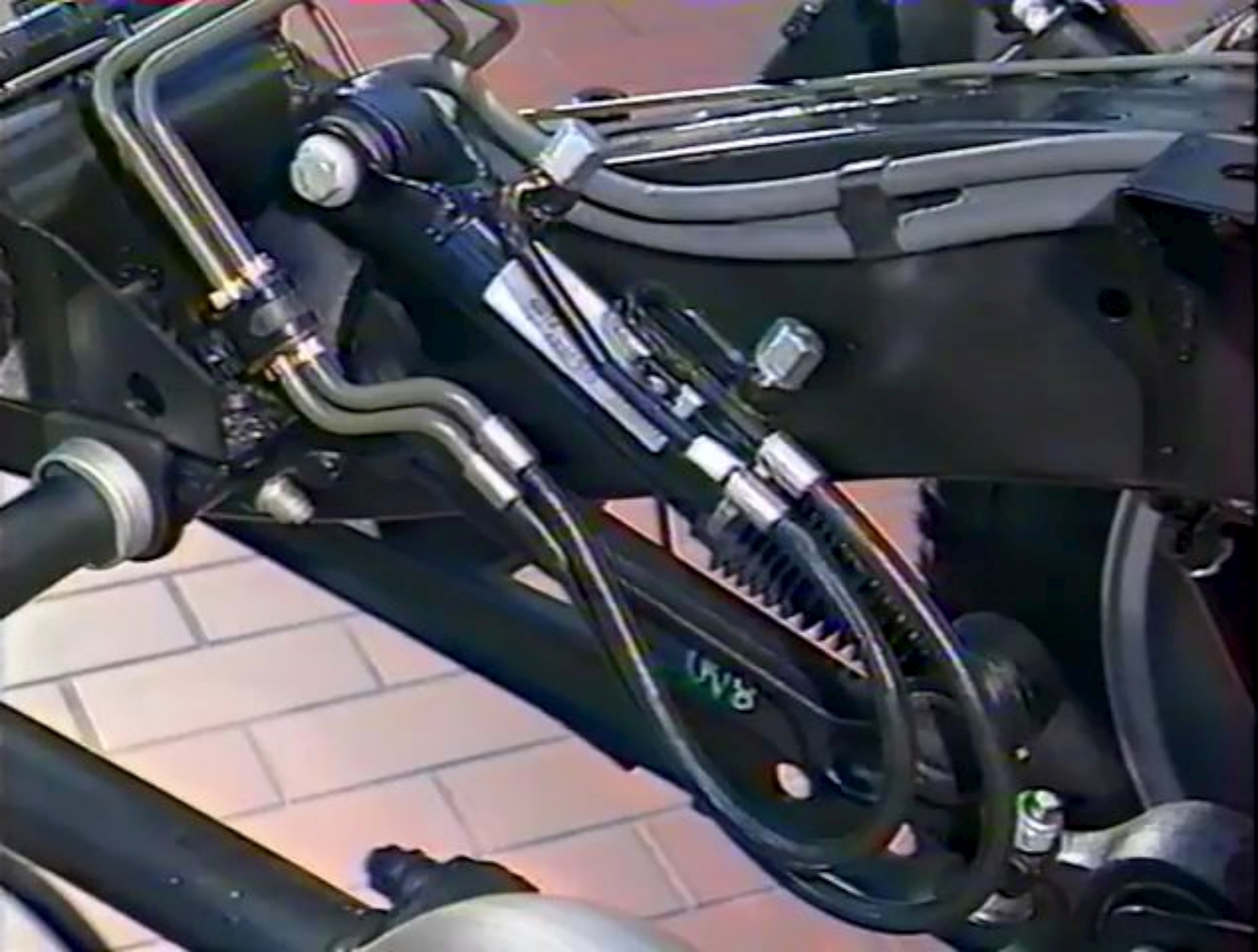 As you can see, the pipes should be nowhere near the top of the ram. This pipe needed replacing and I would hopefully fix the routing issue at the same time. To protect the new pipe, I bought some loom tape and appropriately sized spiral cable tidy. If the pipe ever moves and touches again, these should act as armour.

I also needed to fit the upgraded ACE block I've had since last year to finally get rid of the issue of leaky factory seals, so I put aside the whole of last weekend to get it done. After much fighting with the old pipe that didn't want to come out and the new pipe that didn't want to go it, I got it into place. It still didn't want to sit in the correct place, so I'm assuming that one of these pipes isn't the right shape. It's still much better than before and I even found the original rubber mount just sitting there, so I just held it all together with cable ties. 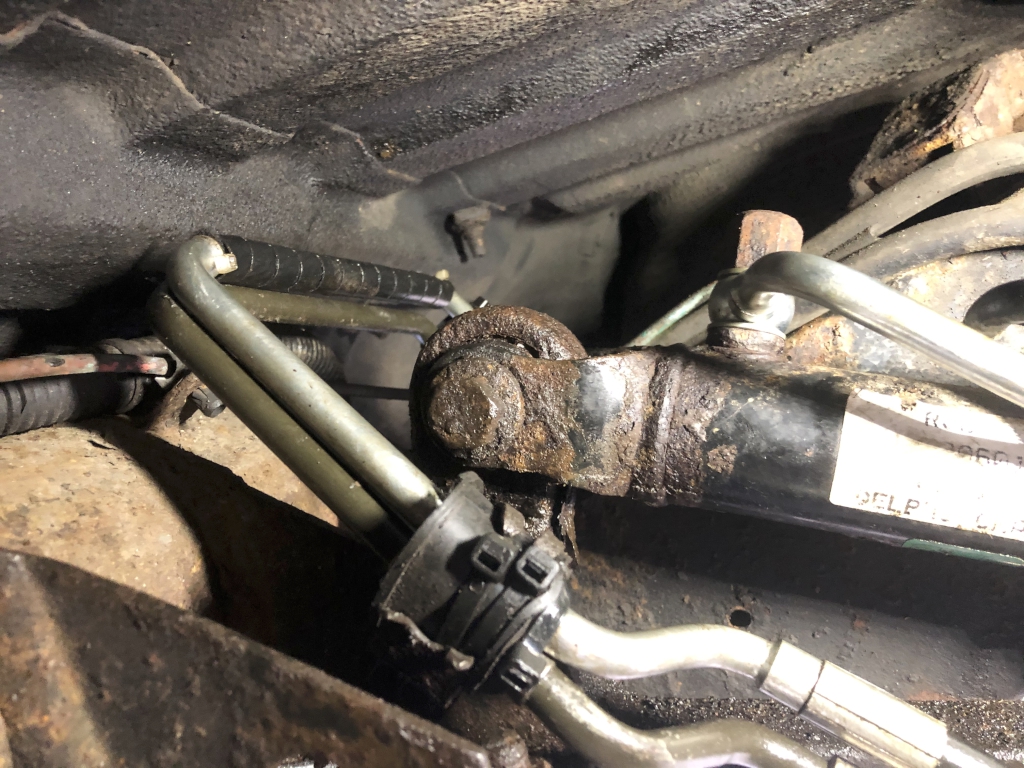 On to fitting the new ACE block, first the old one was removed, the pipes were cleaned up and cut down. This sounds a lot easier than it was, it was tricky to get the pipe cutter in there and it was puking green hydraulic fluid every time I touched the hose. I had used a glove to seal the reservoir the best I could and preventing it draining but you can only do so much. Pipes were plugged with ear-hole pluggers to prevent dirt getting in.. 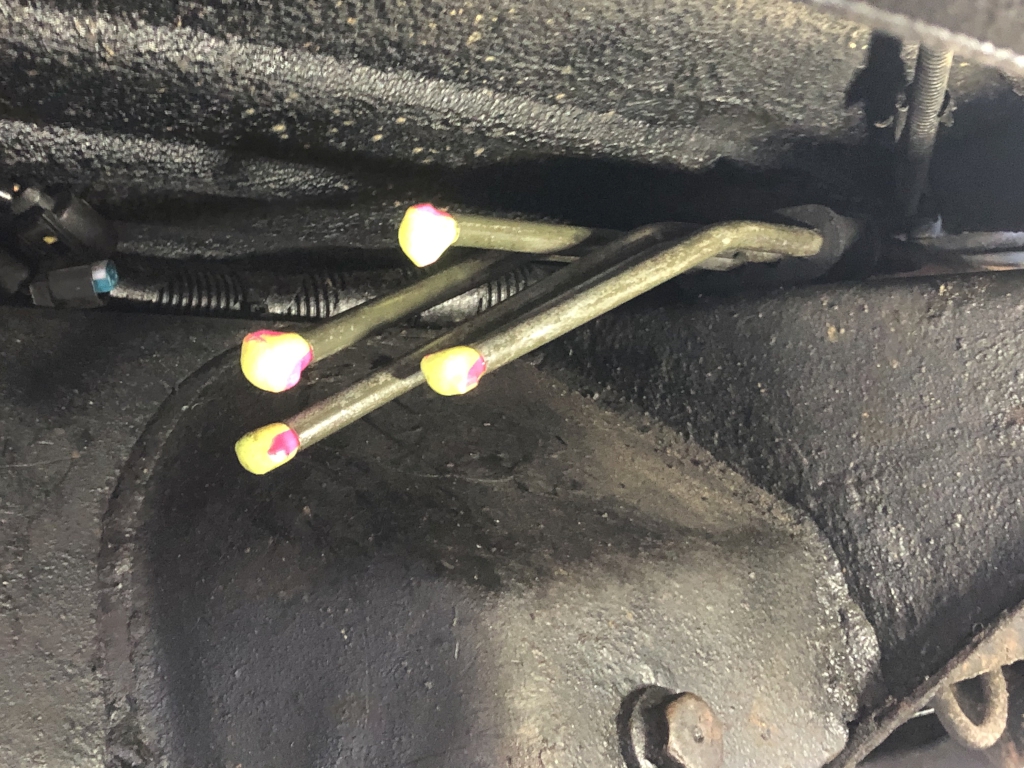 The new block has flexible hoses already fitted and compression connectors to attach to the old pipes, these were difficult to fit due to limited space and the force needed to tighten the fittings. Much swearing later, it was done. 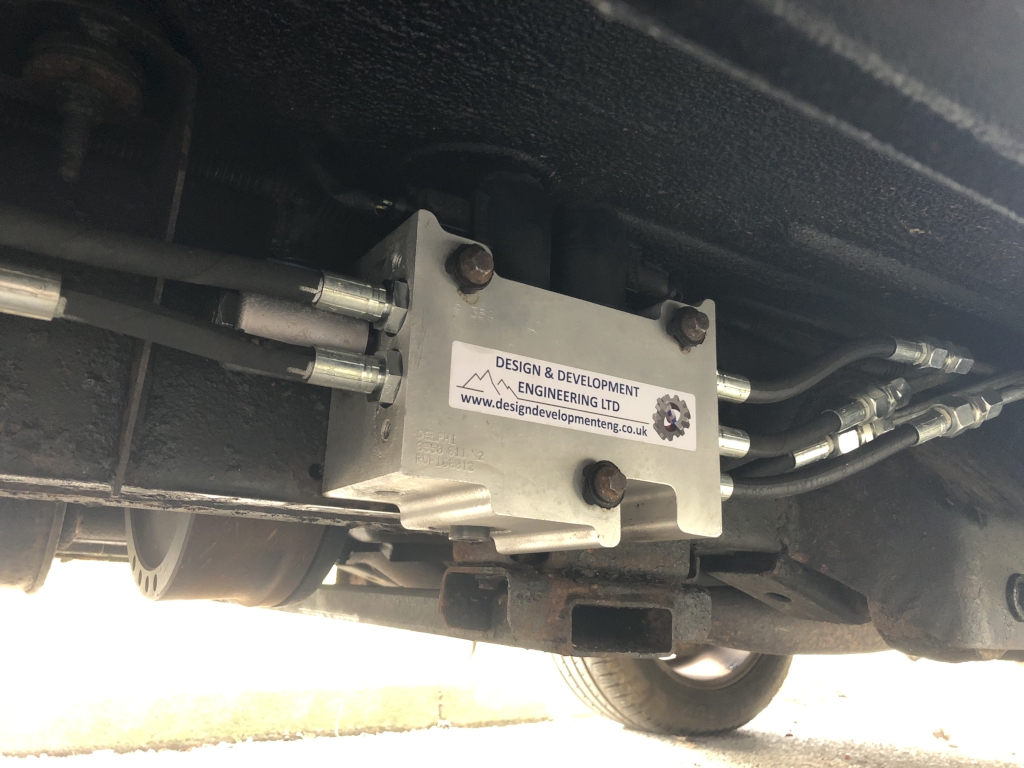 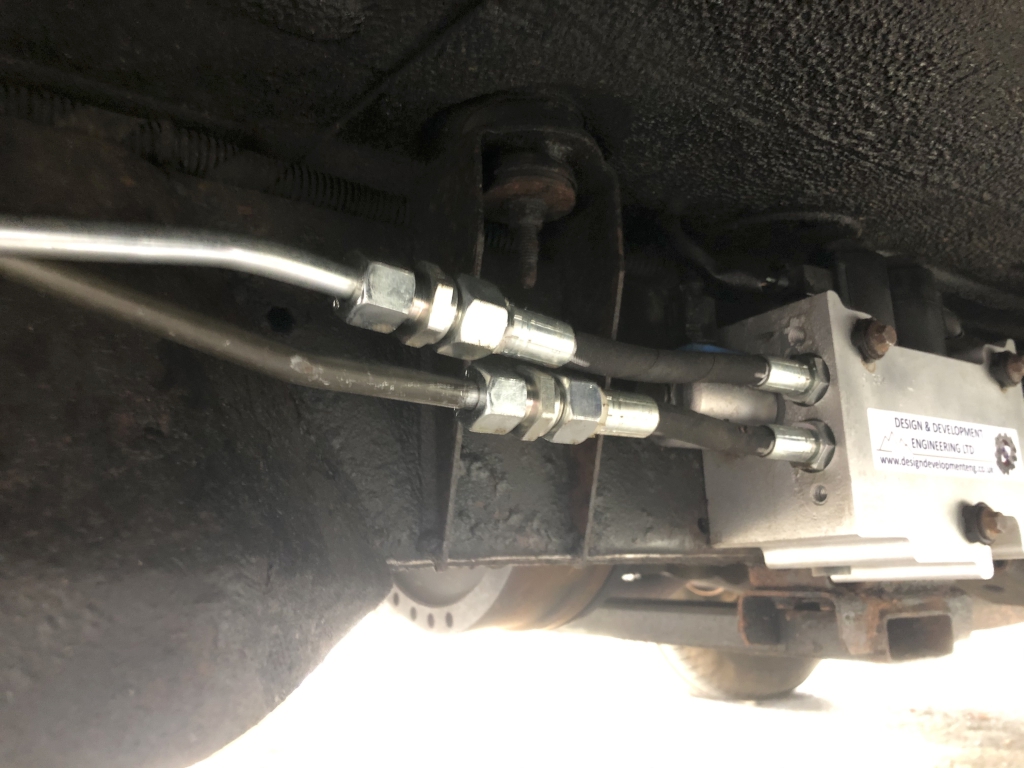 Four to the front for ram and pump/reservoir. 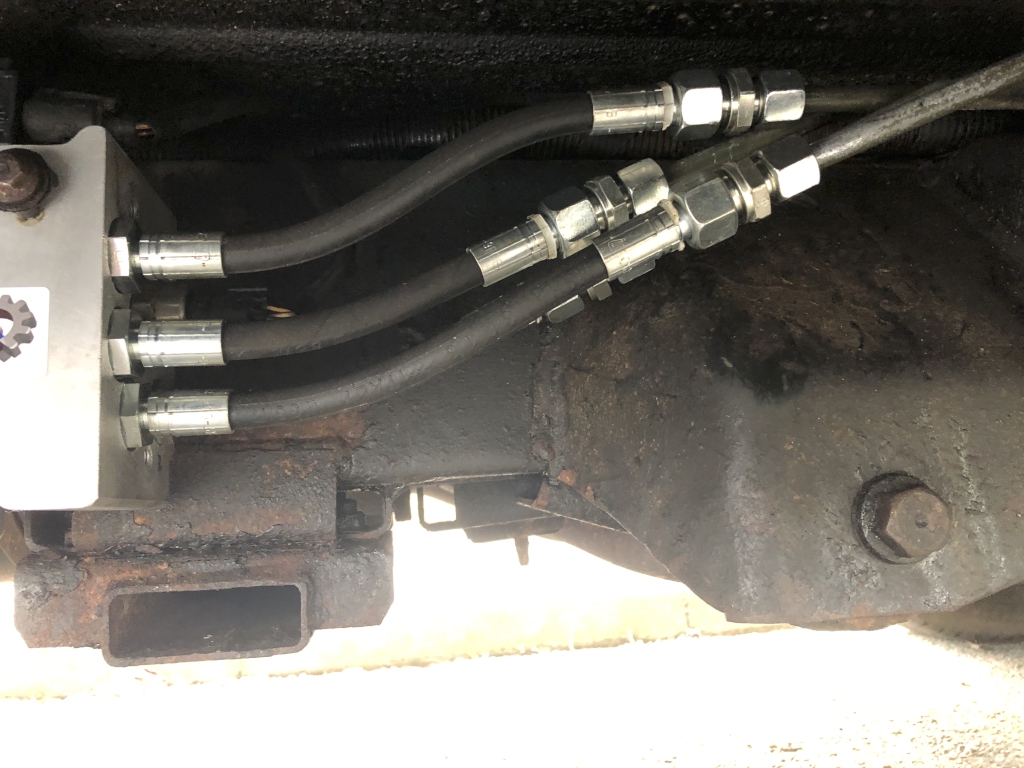 I haven't been able to test drive it yet as there is one more bracket that I need to re-fit (I painted it today) but there were no leaks while going through the bleed procedure with the computer.

Then maybe I'll sell it.

Just don't whatever you do replace it with a Disco 3 with the 276DT engine. They are complete dogshit lumps, designed by Peugeot and swapping the engine out is a body off frame job.