I'm sure we can find a seat for you in one of our vehicles.

Sometimes people want to camp, but since I'm an old fart these days, I plan to get a hotel and have a hot shower every night and someone to make my morning coffee for me. If others want to rough it, there are a number of campsites around town and just beyond that have amenities ranging from showers and flush toilets, to long drop toilets, to nothing at all.

CrzRsn said:
Obviously way to early to commit, but in theory, I don't see why May 4, 2020 wouldn't work for me provided I could ride with someone since I doubt whatever rental I get at the airport will be offroad capable.
Click to expand...

Every rental car is off-road capable.

The K5 can seat 3 passengers, but the rear seat, while comfortable, is limited in view.

I think I'm with Blind though. Comparing a hotel to a tent, the hotel wins.

Sure, I’ll put the contract in your name.


The rental company decided that they didn’t want to fix the car, and so they called it a total loss and sent me a bill for $14,500. I pay them a nominal sum each month and they are satisfied. That added to the $2000 tow bill brings the grand total to $16,500.

We'll almost certainly be camping, so if others are leaning that way we can coordinate sites. Hopefully I can get my offroad trailer project done in time so the Jeep won't be packed to an inch of its life for the trip. Probably ought to get around to fixing the A/C, too....

Ooh for camping, we've done Goose Island Campground before (it's right along the Colorado): I highly recommend it (it doesn't have showers but it does have drop toilet thingeys). Any of the campgrounds along the river should be great - the campgrounds in town are usually really loud etc due the main street bustle and street cruisin' during the peak season.

Another option for lodging is to go in for an AirBnB and condo. It takes more coordination, but there are plenty of options as we get closer.

Anyone have a transport plane that can bring my Bobtail over? I'm sure it would be great fun out there. No A/C could be interesting though...

Early May won’t be too hot. My rig doesn’t have AC and it wasn’t an issue a few weeks ago.

Matt2000 said:
Anyone have a transport plane that can bring my Bobtail over? I'm sure it would be great fun out there. No A/C could be interesting though...
Click to expand...

I hear that shipping can be semi-reasonable

Matt2000 said:
Anyone have a transport plane that can bring my Bobtail over? I'm sure it would be great fun out there. No A/C could be interesting though...
Click to expand... 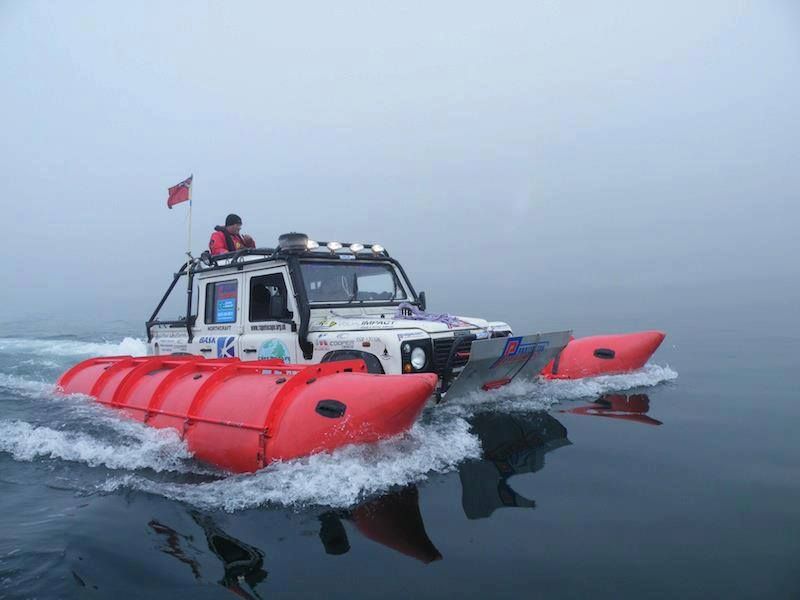 Got my time off approved!

Going to get rear locker done in the next month or two, still figuring out bumpers/skids.

I just got back from an off road trip and I think my X is at the end of it's financially viable service life.

Current list of confirmed or likely repairs as it sits right now (not including the $3,000 I put into it last year)
So it is unlikely that I will have a built vehicle for much longer. I was looking at replacements, but these repairs are coming at a bad time and I'm going to need something more affordable than the GX460 that I was hoping to get. There is a strong likelihood that I will buy a newer Xterra Pro-4X since I can get one of the same year and mileage as a GX460 for nearly half the price, and I can transplant my skids, sliders, rear bumper, rear shelf, seat covers, etc. I won't transplant the lift since those parts are pretty knackered by now and have more miles on them than whatever I would buy.

@Der Stig Fortunately I know a guy with a nice comfortable Lexus that might give me a ride when the trail gets difficult.

Blind_Io said:
@Der Stig Fortunately I know a guy with a nice comfortable Lexus that might give me a ride when the trail gets difficult.
Click to expand...

This is true. You still have been spammed with Pro 4X Xterras

One listing is on my way home...

I took a look at the schedule for 2020 (it's by no means finalized) and I realized this is a during the week type thing, that makes my maybe a bit stronger.

I'm so looking forward to this! Even if I have to pick up a cheapy dirt bike to follow along.

We actually just returned from Moab this weekend - we only had one night there and didn't get a chance to do many trails (long story)... so my appetite for the red rock trails is that of a kid looking in at a candy shop!

I wish I had funds to do this right now, since I could get pretty cheap flights to Texas for that time span early May.. But I definitely don't have those funds right now and I am not sure I can just run off for a week and a half or so from my better half.. I'll already be doing that this November for 3.5 weeks...