Yeah, old floatyboat Oldsmobiles are a bit of a guilty pleasure. Expecially from the 80s (and older). The more faux-baroque 1980s cheese, the better, IMHO. Would I own one? NO! We did that when I was little. They're cars I'd rather be chauffeured in--not ones I want to drive. But are squeaky-clean, unmolested grandma-mobiles still as cool as it gets? YES.


So, yes. Post some gott dang Oldsmobiles or GET OFF MY LAWN.


Here's one I saw the other day--complete with white walls! Gotta have the white walls:

I actually really like that first-gen Aurora, the spaceship-like one.

Okay, I don't like that one. It's from that era when they ceased to be fabulously gaudy and started looking like...blobs with grasshopper butts. That's a rickhamilton car right there.

No talk about Oldsmobiles is complete without the Hurst Hairy Olds...

ninjacoco said:
Okay, I don't like that one. It's from that era when they ceased to be fabulously gaudy and started looking like...blobs with grasshopper butts. That's a rickhamilton car right there.
Click to expand...

Yeah but c'mon coco, that one from the 80s could've been a Buick or a Chevy, and it pretty much was. You'll have to go back a bit further for a proper good'un:

You can swap a 5 speed manual in them. Coupled with the 3.4 DOHC they could be pretty brisk...for an early 90's American car.

They look better as a tube chassis pro stocker.

If I was looking for an Olds I'd go for a mid-'60 Cutlass, pro-touring style. Something like this, but more meat out back.

Labcoatguy said:
Yeah but c'mon coco, that one from the 80s could've been a Buick or a Chevy, and it pretty much was. You'll have to go back a bit further for a proper good'un: View attachment 8552
Click to expand...

It's even brown! Glorious chocolate brown!

Let it be known: 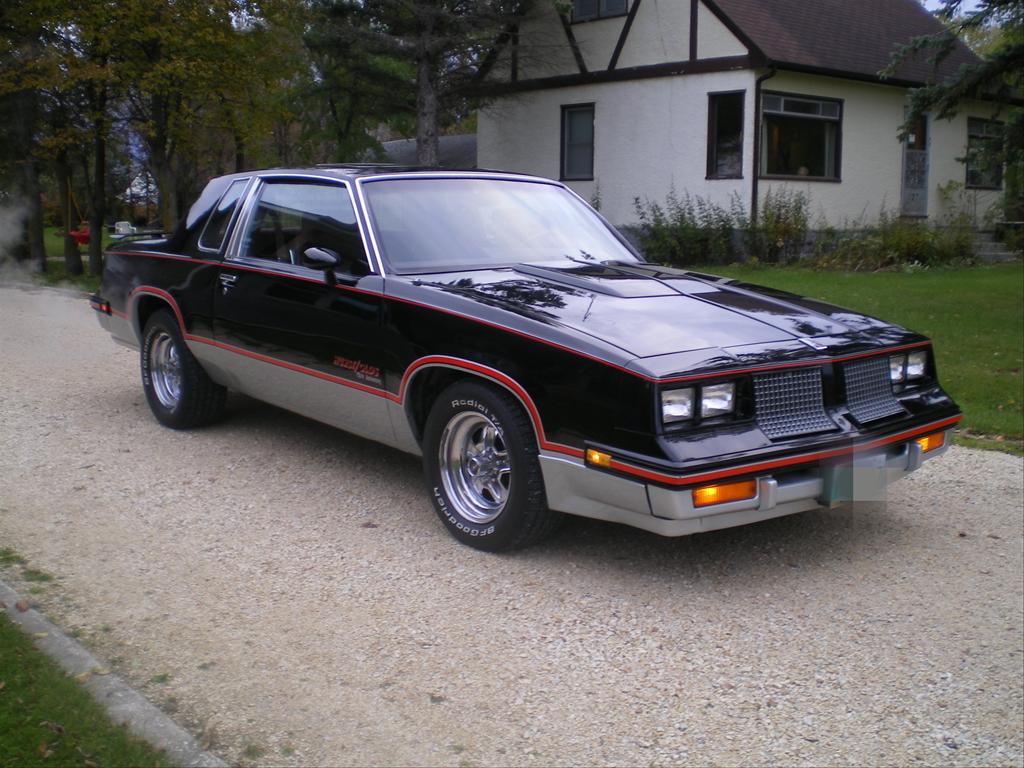 I had some pleasant memories working at an Oldsmobile/Mercedes Benz dealership back in '88-89. I drove at least one of every model of Oldsmobile that was built in 1989. There were some that really stood out. 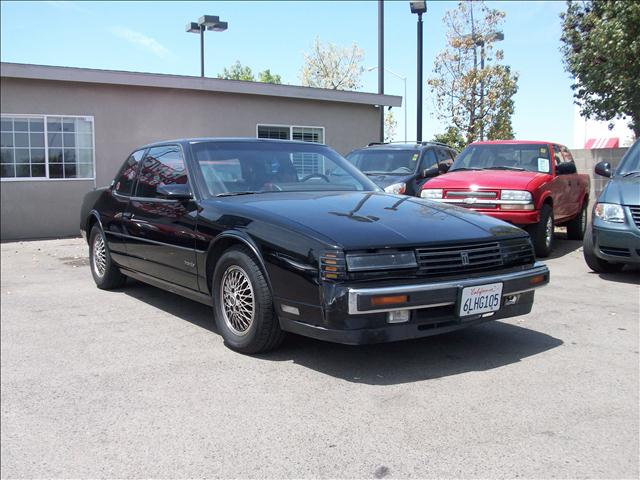 One of the managers had a 1989 Toronado Trofeo that I liked to drive. It drove fairly well, and had a color CRT screen on the dash that controlled all of the cars functions.

We had a few of these 98 Touring Sedans at our dealership. For a big, FWD sedan they handled pretty well - at least by late 80's standards.

This is the one that got away. We had a carryover 1988 Delta 88 coupe on our lot, just like the one above except that it had the lace alloy wheels rather than wire wheel covers. Had I been making more money, I would have bought it. Unfortunately, the $20K MSRP was a little too rich for my blood. But man that was a nice car. 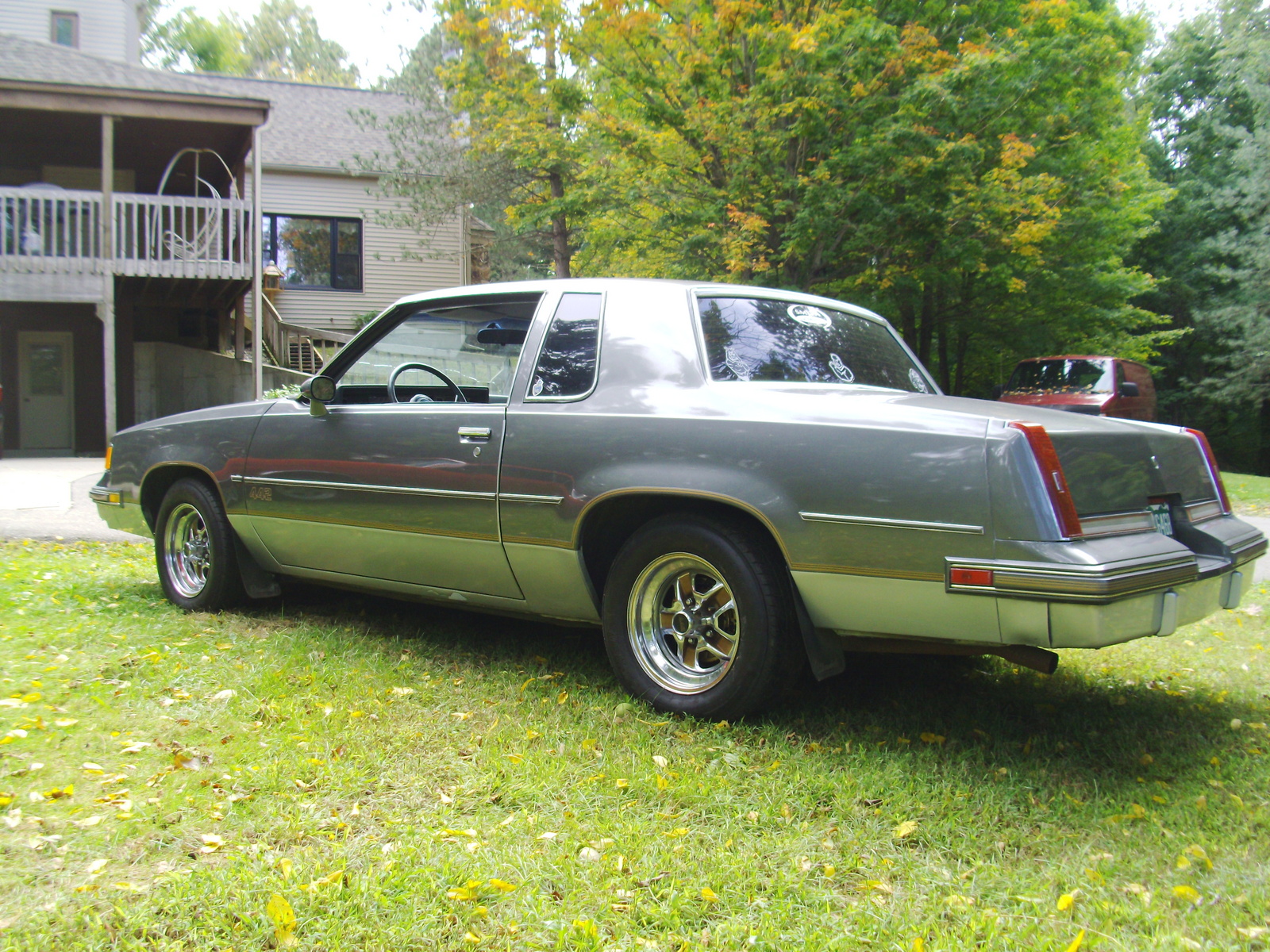 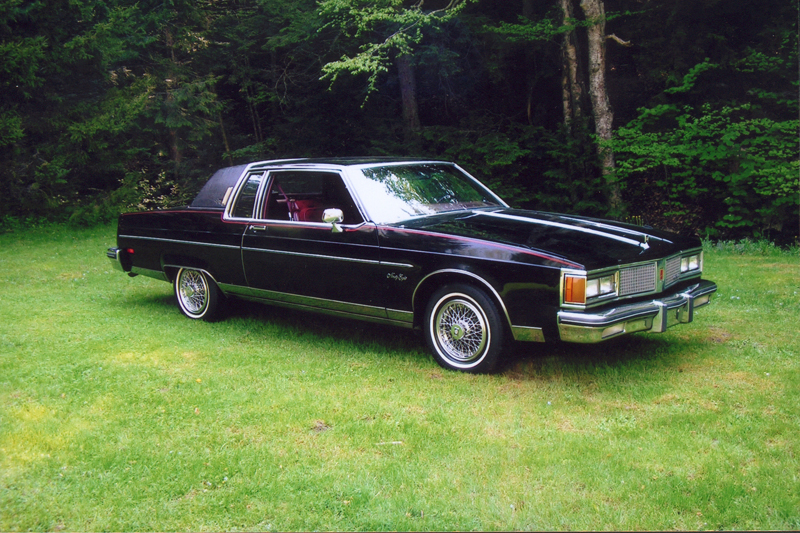 I never have driven one of these 98s - although I have driven a similar Buick Electra Park Avenue - but I love these early 80s 98 Regencys. Especially in coupe form like the one pictured. I also like the black exterior with red interior color scheme.

Ours was like this: a 1988 Oldsmobile Ninety-Eight Regency Brougham.

Only we had a white vinyl top.

Glad to see on IMCDB that it's been in a car chase AND Lethal Weapon. Awwww yeah!
Last edited: Nov 27, 2012

ninjacoco said:
Ours was like this: a 1988 Oldsmobile Ninety-Eight Regency Brougham.

(Only we had a white vinyl top. Glad to see it's been used in a TV car chase, ha!)
Click to expand...

...not a particularly fast one I bet.

And now, coco posts more Ninety-Eights. Because not racecar. Ohhhh, no. Couch on wheels, foo'!

Dude. Dude. DUDE. It's got a park bench hanging off the back: Look at those seats. Dude. Just...look: Not too supportive, but were they fluffy? You betcha.

Oh, and everything looks cooler in pace car trim:


Yeah, I'm a stick in the mud who hated the new styling in the early 90s. It didn't age well, IMHO. Everything about this video is so early 90s, it hurts. And in typical later-year Oldsmobile fashion, there's a computer glitch messin' things up.

My first car was a brown '87 Cutlass Ciera. Yup...just like the one in Fargo. 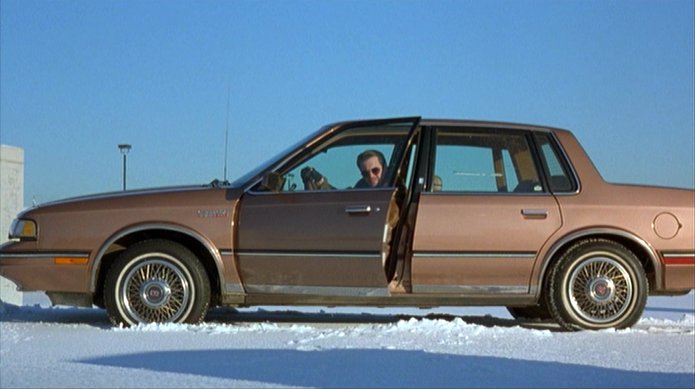 The Tornado has already been posted so I'll move onto the next most awesome Buick, the Corvette Killer:

Nice, but that's a Buick, not an Oldsmobile.

Crap I managed to confuse the two. I need sleep.

One billion years before European car manufactures knew what a turbo charger was GM made a turbo charged 3.5L aluminum V8. Contained in a unibody coil sprung "compact" sedan. All in '61.