You guys are something. Stop making a fucking argument out of everything.

Shawn said:
Stop making a fucking argument out of everything.
Click to expand...

Don't ask for the definition of a word if you don't want the fucking answer.

Shawn said:
You guys are something. Stop making a fucking argument out of everything.
Click to expand... Blind_Io said:
Right, and the 8th gen was just as loud.
Click to expand...

No, you don't know the entire picture and are just speaking out of your ass.

Maybe his old car is totaled, maybe it was a lease and the lease is up, maybe he just wanted a change to a different car. So having to give up the STi he might have figured he'd get something more economical. I used the term broke his wallet... fine, maybe he's just in the market to get a new car and decided to go for something with better mileage.

Also, not everybody is totally smart with their money and buying decision... again, this isn't me we're talking about. I was just guessing as to why he may have bought this car, I never said it made perfect sense. That is why I'm pissed off that you guys are arguing with me, obviously I thought this was an odd move which is why I brought it up, but typically I end up having an argument.

You guys are arguing with me about somebody else's purchasing decision. This is totally ridiculous, and a waste of my time. I'm willing to actually bet he got the CT200h because of fuel economy - doesn't make sense, but the world would look very different if everybody made a logical choice every time they had to make one.

Edit: Also, 15,000 miles per year? Yeah, guessing he does a lot more than that living where he does. You guys, and me actually, don't know his situation and so arguing about it is stupid.
Last edited: Jun 15, 2011 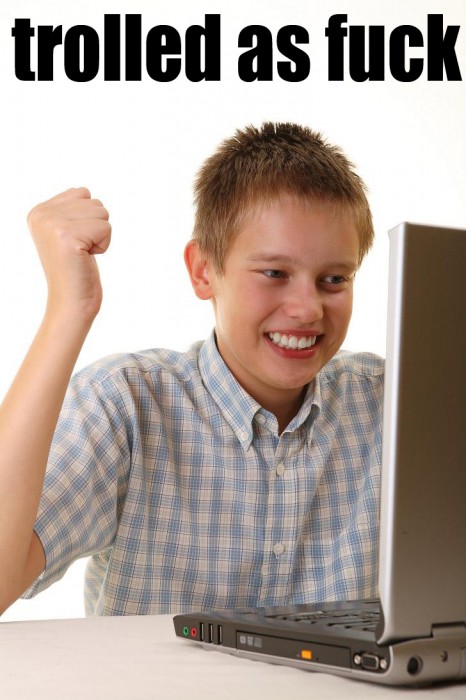 Probably because you're not stepping into one from a full-sized American sedan that isolates you from the road. By comparison, yeah, I can see how it would be considered loud.

Hbriz said:
Wait until every third car on the road is a Mazda2, like where I live, and then you'll realise that its just another dull Japanese appliance with a smiley face. The Fiesta, which isn't exactly uncommon, is such a refreshing design compared to the Mazda, and for that matter most other superminis.

I don't like cars with smiley faces. It makes it look as though the designers couldn't be bothered making a good looking car, so they made it 'cute' instead. Mind you, that makes it popular with the under-25 female demographic, which along with the over-60 female demographic, makes up probably 90% of Mazda2 buyers.
Click to expand...

I disagree, I enjoy Mazda's smiley faces. You see, every car maker here either designs the front to be dull as dishwater (think 1997-2001 Camry) or some form of somewhat angry scowl. I know...enthusiasts love "the scowl" but it's mehh IMO. Kudos for Mazda for going out there and doing the smiley face...too bad they've went "oh shit people dont like it...revert to "angry scowl face!" in their future design language...which is still quite handsome in it's own right.

katwalk said:
I am a female under 25 and do approve of the mazda smiley faces.

I'd have a fiesta though, they're faster and cheaper.
Click to expand...

The Fiesta though isn't as great of a handler. (Yes, contrary to popular belief, Ford indeed changed (read: gimped) the suspension tune to meet American tastes) It drives very well but many journos say the difference between the US and European version is noticeable, and that the 2 handles better.

I actually don't mind the power deficit of the 2. I'm used to caning a underpowered (yet light like the 2) car to get places...sometimes it's more enjoyable to drive a slow car fast...even if your comparing two relatively slow cars.

Can someone explain to me the rationale behind this?

It's a zoning ordinance - there is no rationale behind it. Other than a city making up for a budget shortfall and filling their coffers on the backs of their citizens.

And I would love someone to try and ticket my vehicle parked on my property.
Last edited: Jun 16, 2011

What's even the reason they give for that law? Not the enforcement because it is law - but why on earth they made it in the first place...?

Edit: I should try reading the page rather than skimming it Yeah keeping the towns character may be important but Sure you go have fun on other people's property...
Last edited: Jun 16, 2011

nsx_23 said:
Coral Gables to start issuing tickets to pickup owners who park their truck on their driveway overnight

Can someone explain to me the rationale behind this?
Click to expand...

Because 99% of "Homeowners Associations" are run by control freak, neurotic fucks who, at long last, get to fulfill their dream of imposing their standards and hate for living upon their neighbors who pretty much have to bend over and take it to remain in the community. Seriously, they are the devil and I refuse to live in such a place.

EDIT: alright so a "city zoning ordinance" designed to basically pull a stunt like the homeowners associations do...waht fucking ever. Coral Gables....get the fuck over your collective selves. The times...they fucking change. Last i checked Coral Gables wasn't exactly some historical site or whatever...so fuck that.
Last edited: Jun 16, 2011

Kiki said:
Fuckin' eh. $2200 for the repair of the Ford. PTU system completely needs to be replaced.

Am I thee only one that doesn't know for sure?

I was wondering about that myself. I figure it's something like a center differential - that shifts the power to the front & rear wheels.

phoenixsac said:
I was wondering about that myself. I figure it's something like a center differential - that shifts the power to the front & rear wheels.
Click to expand...

Yes, it is the Power Takeoff Unit, a device that operates on pixie dust and witchcraft and lubed with the blood of virgins, assembled by naked Forrest sprites from ore forged by a remote tribe of Amazon worrior women... Or something like that. It is a little box of magic that takes the power from the transmission and sends it to the front two wheels and the rear diff in AWD cars.

It was a rental in southern California running on soft Goodyear all seasons. If anything those tires are quieter than the high mileage tires I usually use and had on my Civic.
Last edited: Jun 16, 2011

Ayup, I think it's the front diff? The seal had been seeping fluid for months - our mechanic had replaced the fluid, but 3000 miles later, he noticed that the fluid was very dark again. We think the unit was self destructing.

Jeez, all this happening when we're in the middle of house-hunting. Sigh.

(Although I do want a Limited, so I would probably have all sorts of problems as the electrics age.)

rickhamilton620 said:
I disagree, I enjoy Mazda's smiley faces. You see, every car maker here either designs the front to be dull as dishwater (think 1997-2001 Camry) or some form of somewhat angry scowl. I know...enthusiasts love "the scowl" but it's mehh IMO. Kudos for Mazda for going out there and doing the smiley face...too bad they've went "oh shit people dont like it...revert to "angry scowl face!" in their future design language...which is still quite handsome in it's own right.
Click to expand...

Mazda isn't the only car maker doing the smiley face. Every Japanese small car has it. The "angry scowl face" is rare in small cars, in is mostly only found on European small cars. The Polo, Fiesta and C3 are the only ones I can think of without a smiley face. The Pug 207 is angry but it's also just ugly.

On the other hand, the Yaris, Jazz, Mazda2, Micra, Colt, Swift and Alto all have smiley faces. As does the Corolla and the Mazda3. The problem is all these cars are so common here that the smiley face becomes very tiring. It also panders to the view that small cars are for women. The more aggressive looking European cars appeal to men, too.

I guess the cultural difference here is that we are inundated with smiley cars, and the US is the opposite.

Saw a camo'd Tesla S today in Mountain View as I was driving back from the mechanic's. Wasn't able to take a photo though. Pity.
You must log in or register to reply here.
Share:
Facebook Twitter Reddit WhatsApp Email Link
Top