Just don't wanna catch a stray from an "officer"

thevictor390 said:
The Blizzard is doing 3500 rpm at 60 mph... I'm pretty sure it would be possible to over-rev the engine in gear with a good downhill stretch.
Click to expand...

Similar to my Dolomite 1850, really wish it had an overdrive gearbox. The 1300 revs even higher but I've had it sat at 65mph on the motorway and you get used to the noise, won't do the big end bearings any good if you're on a long trip though...

laxmax613 said:
Someone in California is driving an Octavia wagon, and on Cali plates too. Wut. 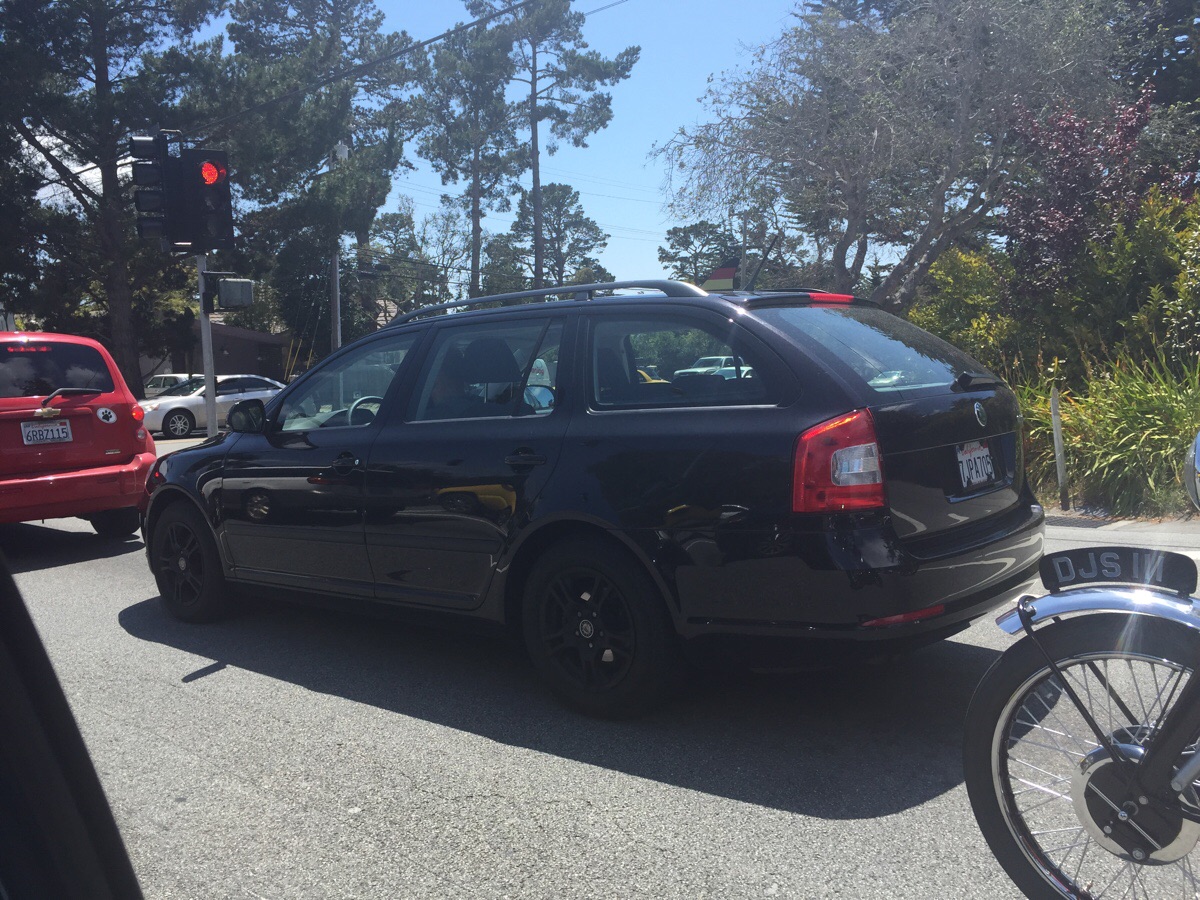 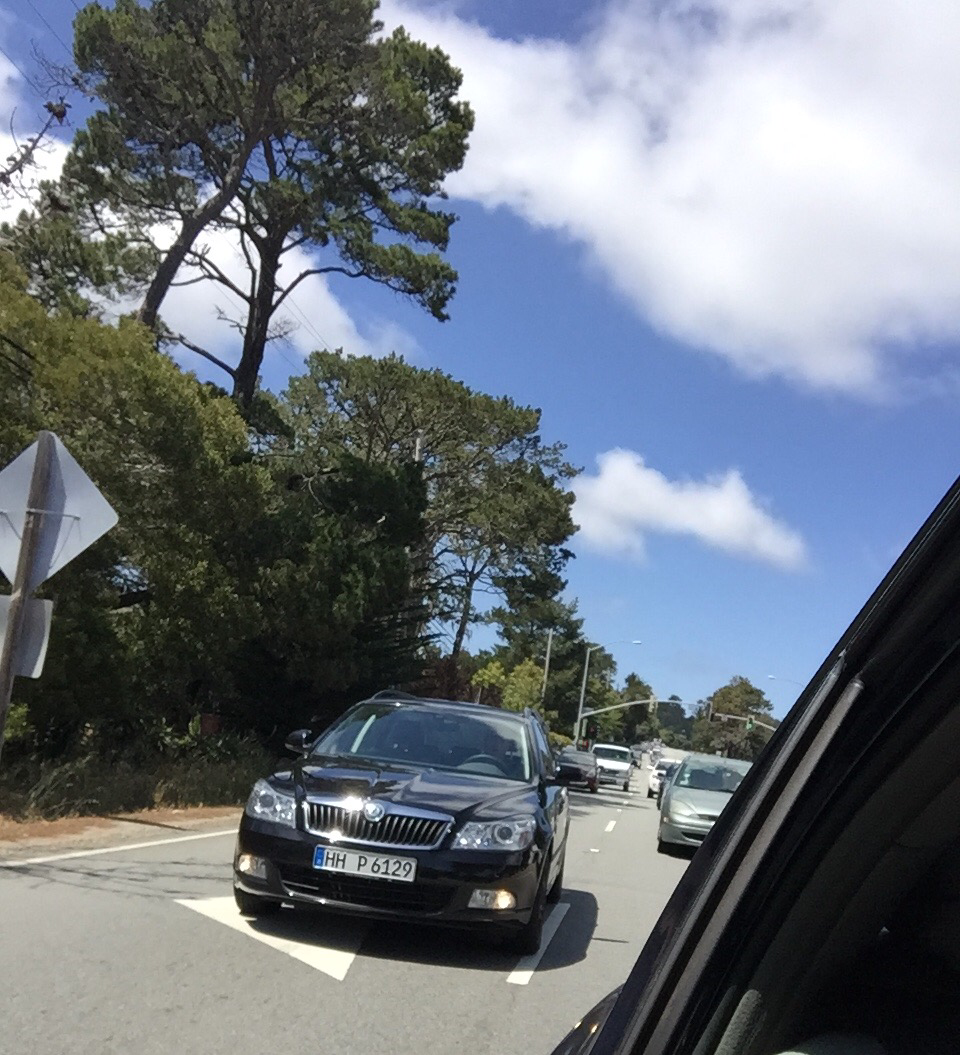 Jealousy. That's all I have to say. Also: That VW just cured my insomnia! Thanks!

Blind_Io said:
That VW just cured my insomnia! Thanks!
Click to expand...

You're welcome! And just to make sure you sleep through the night I'll post the other VW i configured. Yes I hate the Jetta's interior materials (on the contrary, I love the overall design..it too is classy and conservative like the exterior) and both car's exteriors are conservative to a fault..but it's still handsome. I'm casually thinking about a 2nd car in a few years as my mom struggles to get into the XJ due to her MS.

Picking up either of those on the used market with the space both cars offer, particularly in the "smallish mid-size" Jetta, is compelling. Especially for something I wouldn't drive everyday.
Last edited: May 18, 2015

is that a brown, diesel, manual volkswagen?

And the award for "least likely to sell" goes to....

Blind_Io said:
That VW just cured my insomnia! Thanks!
Click to expand...

Good thing they avoided a more revealing picture of that classic bike.

I have running boards.


gaasc said:
is that a brown, diesel, manual volkswagen?

And the award for "least likely to sell" goes to....
Click to expand...

In all honesty though I'd probably just get a used mazda6 and call it a day
Last edited: May 18, 2015

rickhamilton620 said:
I have running boards.
Click to expand...

You have step bars/style bars/faux nerf bars, not running boards.

Spectre said:
True, but it does seem to be particularly concentrated in New York - remember the recent gun control bill where the NY government made all cop firearms illegal for the cops to carry?
Click to expand...

Man, if you want to talk about political stupidity right now, you need look no further than your own governor's mansion.

Every time I hear Diesel the first thing that comes to mind are the Mercedes around here that belch black smoke. That and a friend's VW Rabbit from back in high school, that thing could be seen miles away and is probably the cause of half the cancer cases in the state.

Man, if you want to talk about political stupidity right now, you need look no further than your own governor's mansion.
Click to expand...

Nope, NY state legislators passed the NY SAFE Act by a huge margin... only to find out it barred police from going anywhere near schools with their firearms and made them guilty of a felony if they did, among other things such as 'actually carrying their issue sidearms.' In other words, the law had all these restrictions and the idiots forgot to exempt the police from them. Apparently none of the people who voted for it had actually bothered to read it. Many who voted for it (both Democrats and Republicans, so it's not a partisan thing) who have been called out on the problems actually state that they didn't read it and that this should excuse them from being blamed.

Think about that. The actual subject of the bill is not the important part here; it could have been on the wearing of polyester in public for all that it matters. The stupid part is that they are actually claiming that the fact that they voted for/signed for something without actually reading it should excuse them from all responsibility. And NY inhabitants are apparently accepting that.

There's also the 'no drinks over 16 ounces evar' stupidity and more.


Note how many crash tests they mention that the Trevita CCXR had to undergo to be allowed to be sold in the US.
Last edited: May 18, 2015

I was just looking at used exotics and Porsche Carrera GT now costs a million Euros! What happened, that the car's suddenly spiked?

pepitko said:
I was just looking at used exotics and Porsche Carrera GT now costs a million Euros! What happened, that the car's suddenly spiked?
Click to expand...

They stopped making it and Paul Walker died in it...

Just dropped off PanPan for MOT, today is going to be awful.

I am confused, he passed with flying colours. (Minus a wiper blade)

Note how many crash tests they mention that the Trevita CCXR had to undergo to be allowed to be sold in the US.
Click to expand...

That video has been deleted, what was it?

laxmax613 said:
Someone in California is driving an Octavia wagon, and on Cali plates too. Wut.
Click to expand...

Guess you pulled a face similar to the one I pulled when I saw a canary yellow fifth gen Mustang convertible, wearing US plates, half an hour from where I live, on an island accessible only by ferry. Sadly, no pictures. It's not like people don't know what a V6 mustang convertible looks like, though.
You must log in or register to reply here.
Share:
Facebook Twitter Reddit WhatsApp Email Link
Top