The Dark Tower Series is one of my most favorite of all time. I have been reading it since the early 90s and decade it took to get from The Wastelands to Wizard and Glass was torture. When King was hit by that car in 1999 I thought he might not live long enough to finish the series. This is something that King himself has said on more then one occasion that he was worried he might die before he finished the series.

I didn't think anyone would ever make a movie based the Dark Tower series.

No, way in hell did I think they would ever make a trilogy and a TV Series was beyond my wildest dreams.

EXCLUSIVE: Universal Pictures and NBC Universal Television Entertainment have closed a deal to turn Stephen King?s mammoth novel series The Dark Tower into a feature film trilogy and a network TV series, both of which will be creatively steered by the Oscar-winning team behind A Beautiful Mind and The Da Vinci Code.

So the fact that they are going to make a trilogy with a regular TV series spaced between the movies is the definition of awesome.

The first book The Gunslinger is very short. Only 200 some odd pages IIRC so combining it with the second book Drawing of the Three might make sense.

Wizard and Glass has a very long, most of the book as I remember it, flashback sequence that would make a great TV season and leave a good cliffhanger for the next movie Wolves of the Calla though I wouldn't end the TV series right at the end of the book. I would end it 30 or 40 pages from the end and have the next movie pick up there.

Wizard and the Glass is also probably my favorite book of the series if I was forced to pick one.


This series really is epic integrating in so many different genres and bridging almost all of King's works together in a related mythology. I hope the project turns out well.

I just wonder if they will try to integrate the supposed last Dark Tower book into the movie/TV Series Hybrid.

Good news!!! I was not sure if it was actually going to happen, we have been hearing about a film for some time. 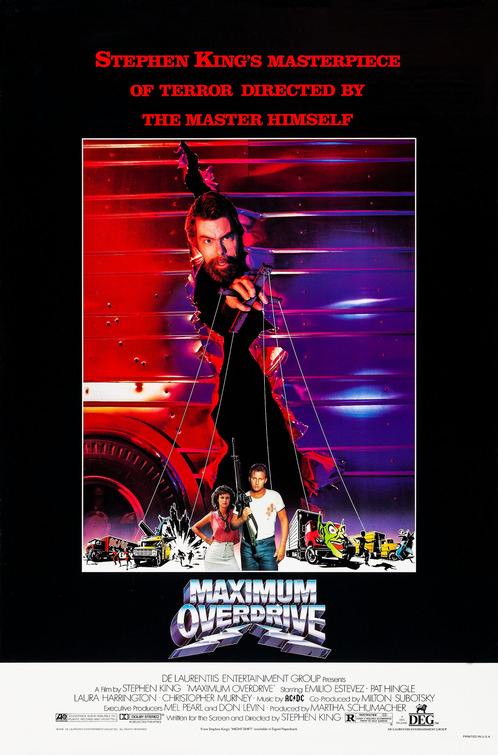