Occasionally mind boggling when you know the F15 accelerates on the Y axis rather well.

Lately I've been watching Dirty Jobs beginning from the very first episode and yesterday I watched S02E15 - Tank Rat / Fuel Tank Cleaner (first aired in July 2006). I'm not that much of an airplane fanboy myself, but I must admit that Mike had one helluva reward in the end.

Looks like Youtube has a shorter edited version of the clip, but it's worth the watch anyway:

N905NA is the orginal that carried Enterprise. It was orginally an AA plane. N911NA is the newer one from JAL. It's first mission was to carry brand new Endeavour to KSC.

That would of been an awesome plane if it managed to do something beyond one test hover before it was scrapped.

NSX23 posted some modern "pushing propeller" planes .
Here are some of their ancestors:

and even more advanced the Kyushu J7W Shinden in 1945 with canards wings:

And some more of the failed V/STOL aircraft... 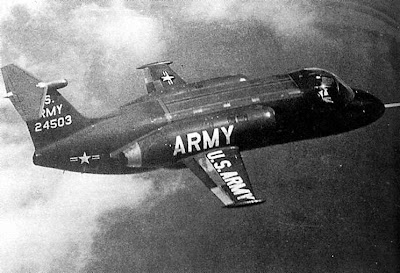 jasonof2000 said:
That would of been an awesome plane if it managed to do something beyond one test hover before it was scrapped.
Click to expand...

It just looks funky. You're right, its not really "awesome" in the traditional sense. Testing seemed to show the shape was fine for conventional supersonic flight, but all that ducting wasn't exactly useful in obtaining enough thrust to take off vertically.

Correspondent75 said:
NSX23 posted some modern "pushing propeller" planes .
Here are some of their ancestors:

and even more advanced the Kyushu J7W Shinden in 1945 with canards wings:

In a similar vein, the Curtiss-Wright XP-55 Ascender: The Ascender was doomed from the get-go; not only was its performance measurably worse than all of its piston contemporaries like the P-47 and P-51, it was equally doomed by early jet fighters then on the drawing board.

Now, here are some aircraft with funny proportions, starting with the Fairchild Metro: And its equally strange predecessor, the Merlin: But in aviation, nothing can beat this aircraft family: Hard to believe that the 19-seat (max) Canadair Challenger business jet has evolved over time into that...thing. Fun fact about the Challenger - it was originally designed by Learjet (as the LearStar 600) and was intended to offer a stand-up cabin in an aircraft smaller and cheaper than a Gulfstream, which was about the only other business jet at the time to offer a stand-up cabin. Learjet, perpetually cash-strapped until the 1990s, was forced to sell the design to fund the development of the Learjet 55 and the later Learjet 31.
Last edited: Dec 21, 2010

I saw one of these on approach today up near Sun Valley Idaho.

There were some cool planes up there, including one of the larger Gulfstream jets.

Looks like it's been staring at too many pictures of sexy lady planes for too long.

The Navy did a manned launch with their electromagnetic accelerator for carriers: http://www.wired.com/dangerroom/2010/12/navy-launches-pilot-with-an-electromagnetic-shove/

Before we get too far away from the old pusher thread, the Dornier 335: 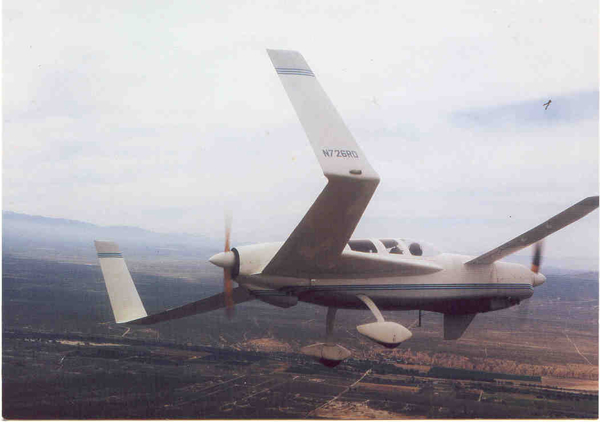 Viper007Bond said:
The Navy did a manned launch with their electromagnetic accelerator for carriers: http://www.wired.com/dangerroom/2010/12/navy-launches-pilot-with-an-electromagnetic-shove/
Click to expand...

These planes really are incredibly massive.