I am not a fan of those cars, but it makes me happy to see a project like this move forward and putting a cool car back on the road.

A) Ignore the silly Brazilian
B) I love this thing! I need one!

What happened with the heads?

GRtak said:
What happened with the heads?
Click to expand...

I talked about it briefly in this post, but the long story short is that one of the heads was cracked and a previously-performed repair by a head shop (no, not that kind) failed to fix the issue and the head immediately poured coolant into the oil, even when unpressurized. It had to be re-repaired and both heads were magnafluxed and pressure-tested to ensure they were no longer cracked.

Okay, I do remember that now. It was more than 4 months ago though.

Good to see the beast is up and running, may it bring you years of enjoyment.

So as I briefly mentioned in a previous post, the power brakes were...not. No power assist whatsoever. Power brakes generally need at least 11 inches of vacuum to function, ideally above 15. This is typically dictated by your camshaft - the bigger and lopier the cam, the lower the vacuum generated.

The Hemi's cam produces... 4 inches of vacuum at idle. That is definitely not enough!

Some Internet searching found that you can buy a vacuum pump kit for ~$300US, but by tracking part numbers I pieced together a kit (rotary-vane pump, vacuum switch, and relays) for about a hundred Canadian pesos. 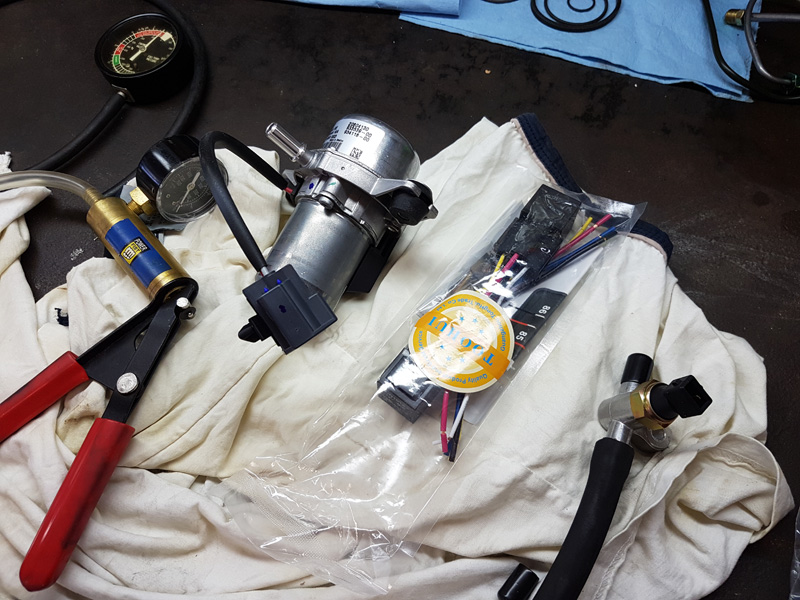 Fabbed up a simple bracket that tucks the pump under the battery tray. Incidentally, the pump says GM on it because it's a pump that Hella builds for GM for use on the modern V6 Camaro - apparently the variable camshaft timing on those cars can lead to low generated vacuum in some cases so GM installed a pump to keep the brakes working. Works perfectly for our application and is much, much quieter and smaller than the big diaphragm pump that are common on cheaper aftermarket kits. 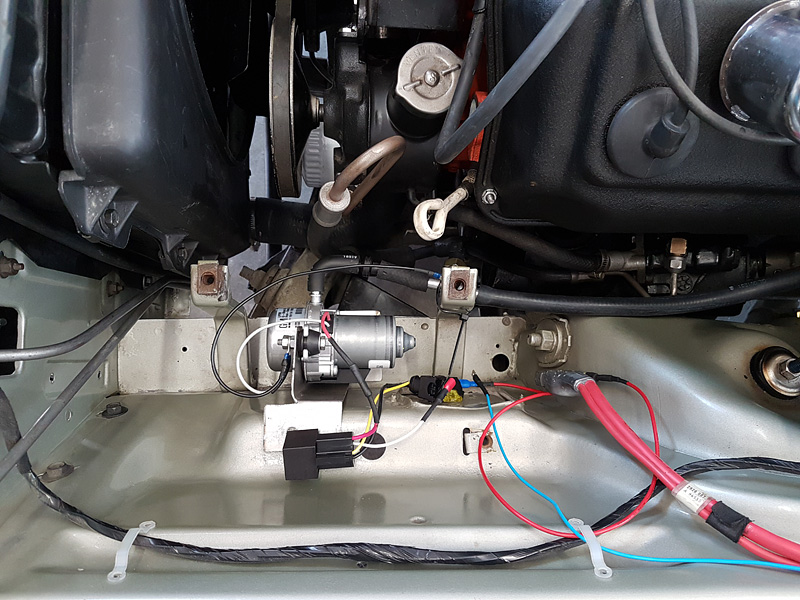 You can juuuuust see the pump hiding under the battery tray if you look from the right angle, nice and hidden. 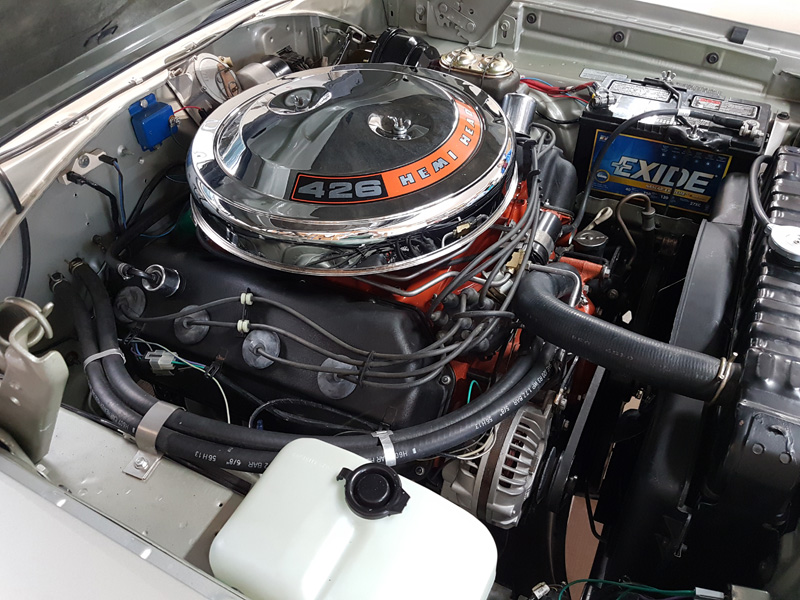 So now that the brakes work, we took the car out and did the engine break-in procedure and the car is.. done?? I think? I've said that a few times, so I'm hedging my bets!

Had a nice fall day for pictures, too. 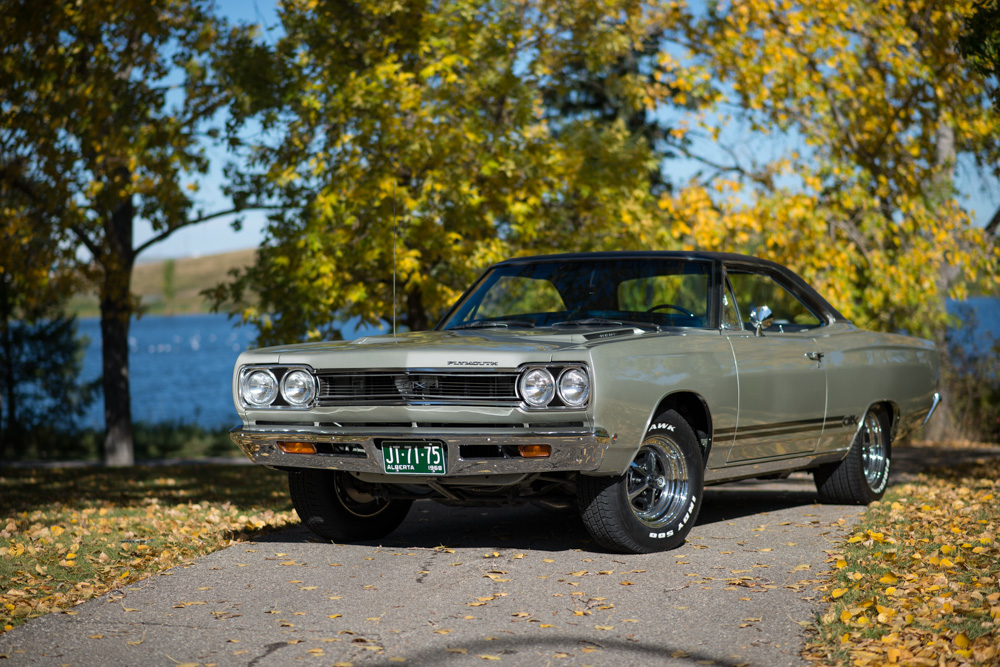 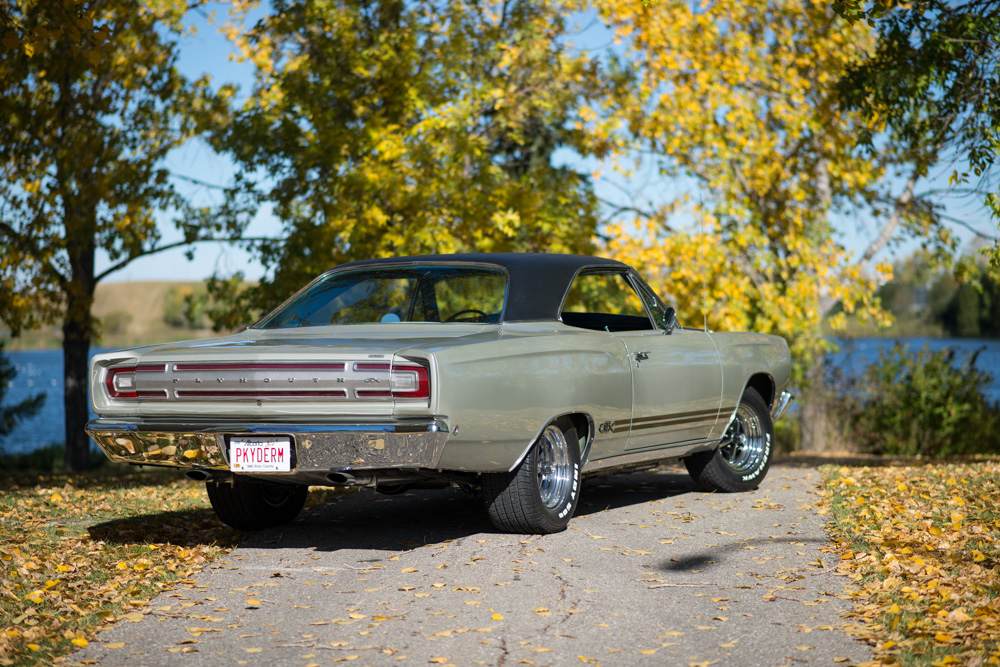 This is probably one of my favorite cars on this forum.

If I come up to Canada, can I lick the motor?

Holy crap this is outstanding!

That plate is so damned awesome!