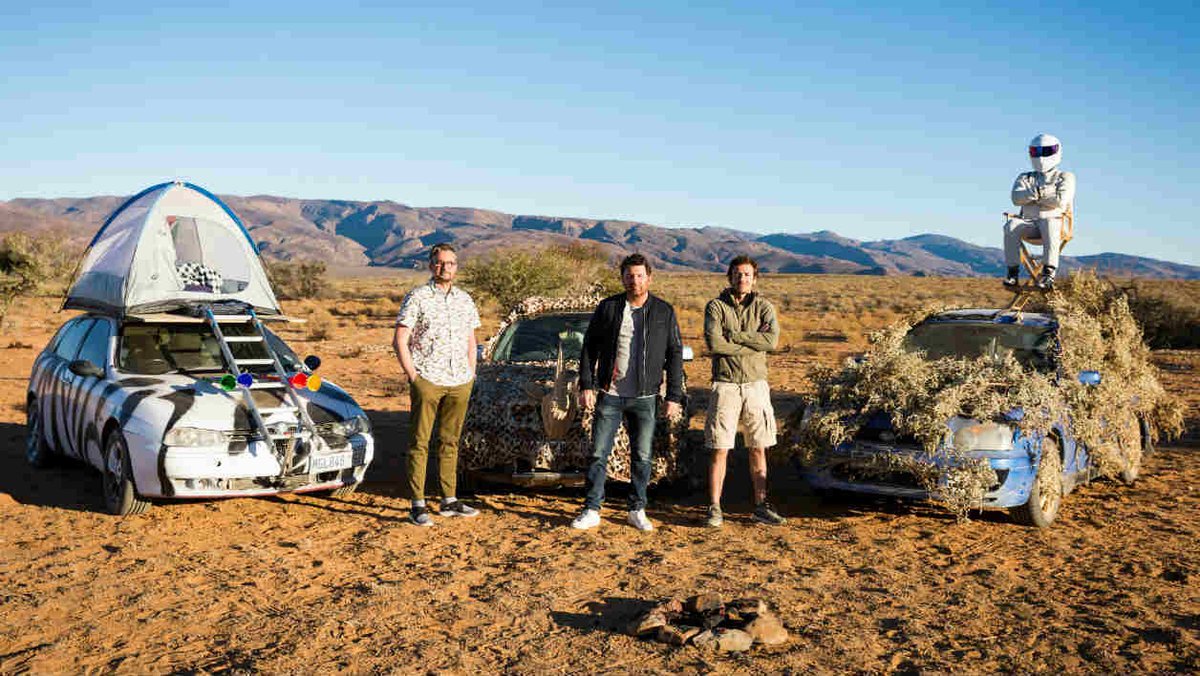 Saw it yesterday , i tought it was funnier and had more rythm than the japanese trip that they have done previously.

Last episode had two main segments : one about the Donkervoot D8 and the new maclaren 720 S.

Last episode was about the construction race plus some segments about the corvette grand sport and the porsche 911 GTS.

The general impression about this season is that the presenters can't believe their luck about all the toys the producers gave them.

In the last episode , the cast was reunited with the first cars they had when they were young. A Renault twingo for Bruce Jouanny, a Citroën ZX for Letone and a Ford escort XR3i for Philippe Lellouche. A lot of banging ,hooning and crashing ensue.

It's the first time that i followed the celebrity segment because it has Harry Vatanen in it. During the interview he commented the famous images of him driving the peugeot 405 mi16 at Spikes Peak where he put his arm in front of his face to protect her from the sun. He said in french : "Dans la vie tu peux lever le bras mais pas le pied". ( In life , you can lift your arm but not your foot").

Cool to see Ari and Jac

I have watched all the episodes this week-end and I am going to repeat myself from last year, for me they are way better than TG UK. I also love the new track and the guest segment is awesome.

Yes, there is a certain cartoonish effect in those episodes that is a refreshing change from others car programs.

Yep , and they even recycle the Reliant Robin stunt from topgear UK.