Did the British, or any European nation for that matter, have any legendary locomotives like the Big Boys? I know they had legendary trains like the CIWL Orient Express, but that was a consist of cars that wasn't tied to a specific locomotive.

Now if they could have just left the last C&NW liveried locos alone. grumble grumble
UP was storing some GE C44’s ( I think?) at the IL railway museum since the late 90s/2000s. Only recently did they say “can we have them back?” And proceeded to take them to be painted in the boring yellow and grey colors.

CrzRsn said:
Did the British, or any European nation for that matter, have any legendary locomotives like the Big Boys? I know they had legendary trains like the CIWL Orient Express, but that was a consist of cars that wasn't tied to a specific locomotive.
Click to expand...

I take it you've forgotten the Top Gear episode with the replicated Peppercorn A1?

Yes, they did. Here's another - https://en.wikipedia.org/wiki/LNER_Class_A4_4468_Mallard

There is a group building a slightly modernized Penn Railroad T1 engine. These were amazingly awesome Raymond Loewy designed very fast locomotives, but they had a very short service life and unlike the UP Big Boys were mostly in just regional service. Not nearly as well remembered, but more than a bit iconic. 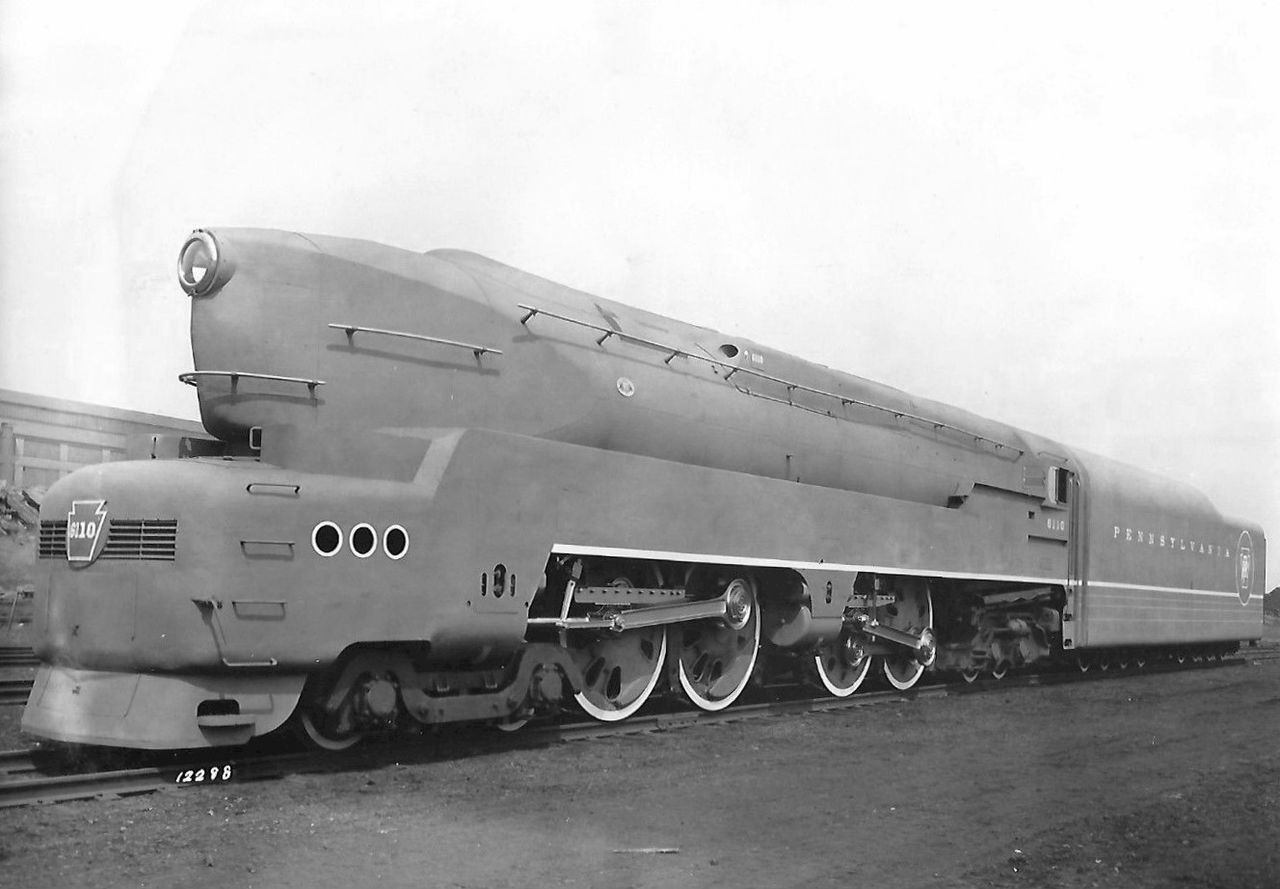 Spectre said:
Better yet, unlike the British, we didn't throw all of them away and have to build a new one from scratch when we decided it would be cool to make one run again.
Click to expand...

Actually thanks to "men in sheds" and a very healthy number of preserved lines we probably have more different examples of working steam locos than just about any nation on the planet.

Tornado is the exception but the Flying Scotsman, 4472, has just had a multi-million pound refit that should keep her going for the next half century at least. Mallard 4468 (holds the world record for the fastest steam locomotive at 126mph) still exists but hasn't been in running for many years although she would still run having been restored to running condition in the 80s.

I'm a little sad I didn't go back home while they were bringing the engines through. Since I grew up the town over from the UP steam shop in Cheyenne they always ran the steam locos through town when they were out for tours and other events, they're so neat to see. 844 came through somewhat regularly, but it was always a treat when they had the Challenger 3895 running its excursions since it was so much bigger, and 4014 is even bigger still. That distinctive steam whistle sound is incredible. You could hear it anywhere in town when they ran through blowing it.

I've seen I think 3 of these Big Boy engines at their various static display sites before, but seeing it moving under its own power has got to be fantastic.

My parents went downtown to the rail depot when 4014 and 844 came through yesterday on their way to the anniversary events. Looks like there are some cameras set up on the loco, so maybe they'll be putting out some good footage after they wind up the 150th events. A couple pictures from my mom:

It’s a shame the UP no longer has passenger service other than for the executives like BNSF.

They actually plan to (re)restore 3985 next now that they've finished 4014 to have it return to running passenger excursions by 2012/2022. Not sure whether it will be the same sort of limited runs between Cheyenne and Denver they used to do during Frontier Days or something more, but it's something.

I've always liked streamliners and specifically the Burlington Zephyr trainsets both for their striking design and speed of the time. One of these sets is preserved in Chicago's Museum of Science & Industry.

The Illinois Railway Museum got a slightly different version with an E8 locomotive called The Nebraska Zephyr that they restored to full running condition and ran an excursion back in 2012 just before the mandatory implementation of PTC. Since then they haven't done an excursion sadly so it's been relegated to IRM's tiny loop of track where it does at most 20mph.

[video]
The other streamliner around the same time was Union Pacific's M-10000. It wasn't as popular but still quite magnificent. That was scrapped and the aluminum was used for the war so they'd have to completely build a new one just like LNER's peppercorn.

Of course none of this stuff is close to the size but the Big Boy loco was/is a difficult thing because it's so heavy. Not many routes can support the weight.

Steam engines are cool but a boiler on wheels is kind of boring to me. These streamliners are so much cooler and it feels like we've gone backwards in rail design here.

Some classis British Pathe footage of the Class 55 Deltic which took over from steam in the mid 50s for the London-Edinburgh service on the East Coast Main Line.

Never been a fan of Rod Stewart, but holy crap can he build a model railway layout!

Forgot to post my photos of the Big Boy from my Vegas trip. Was amazing seeing it up close. 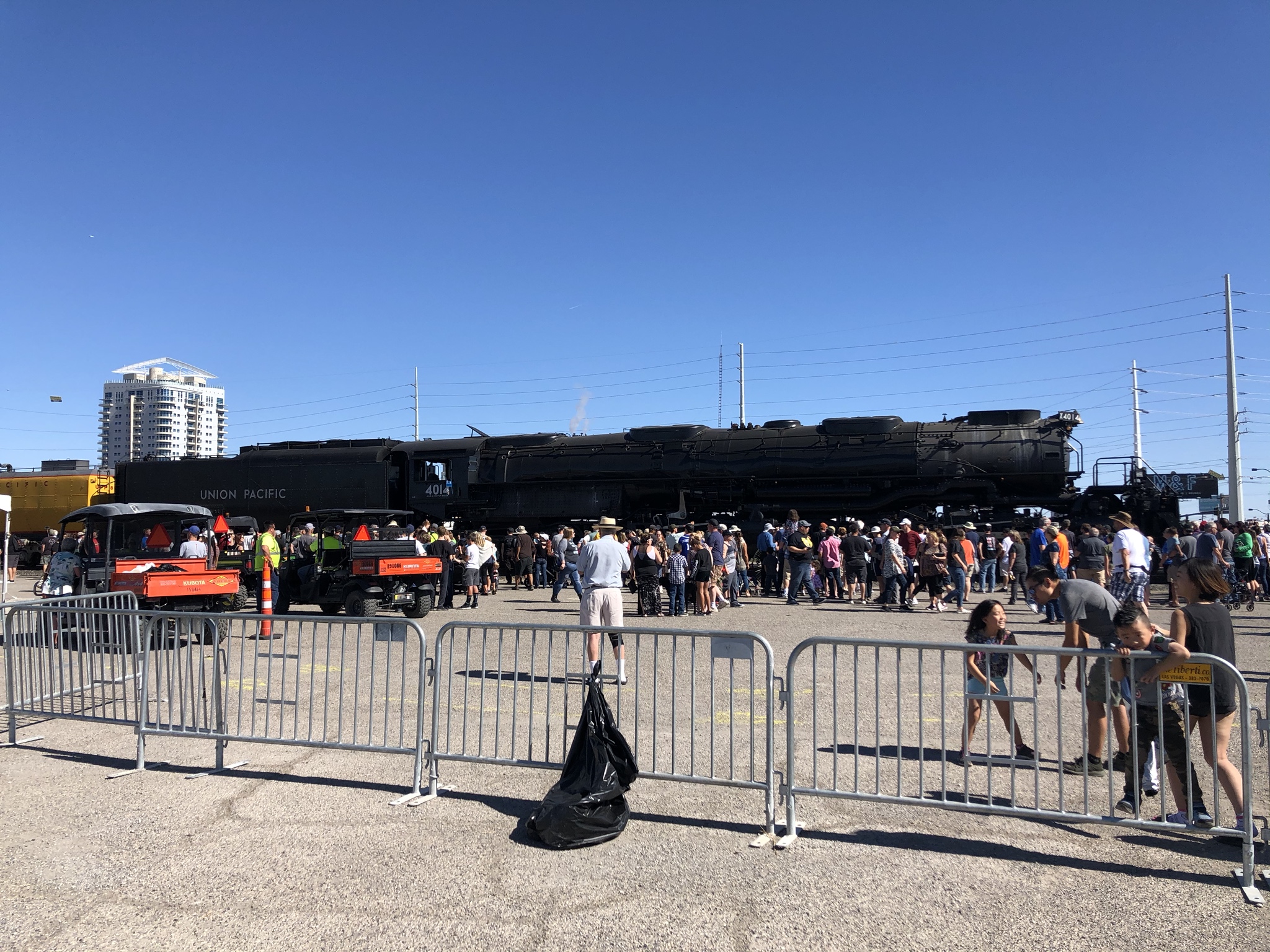 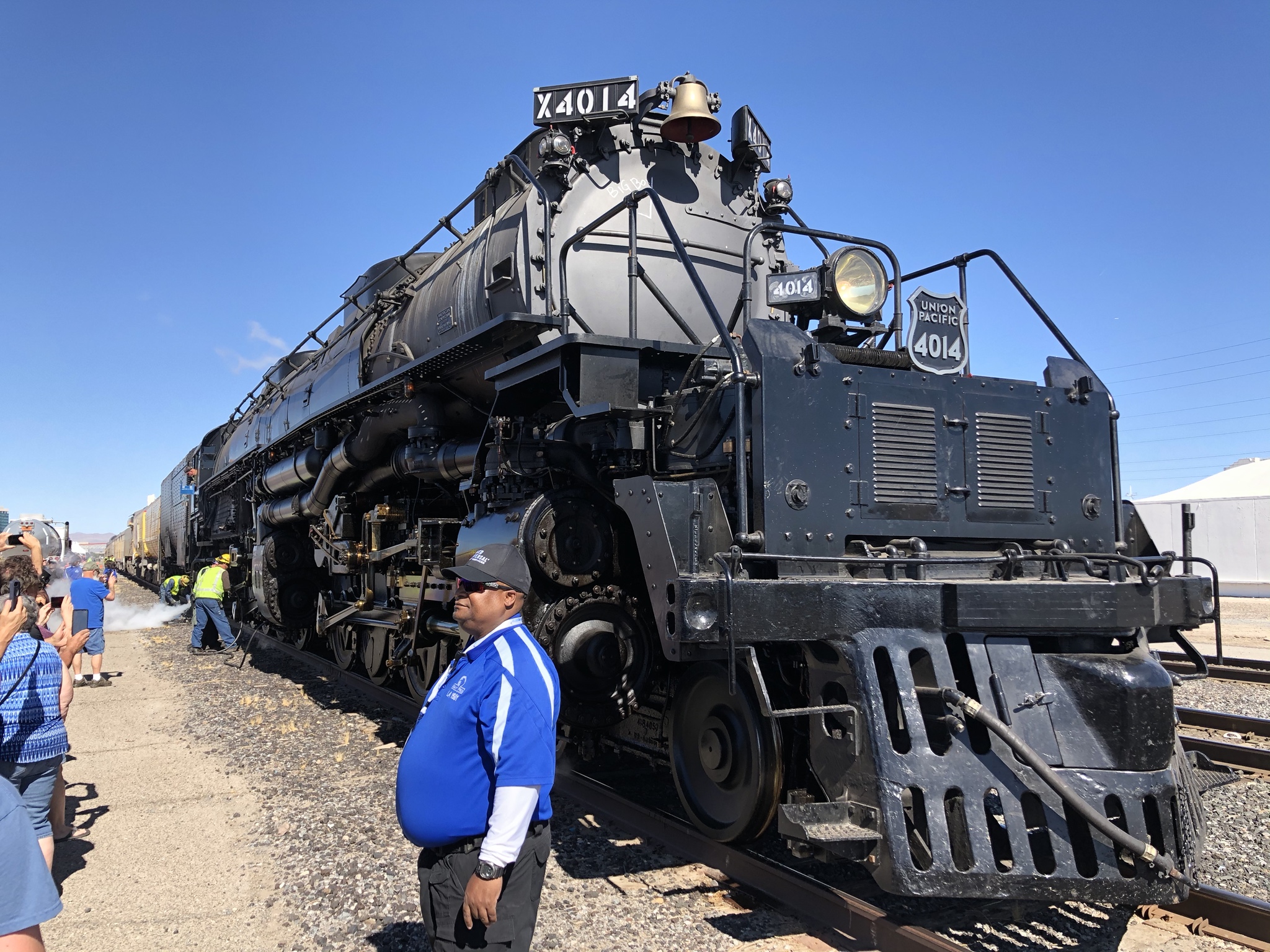 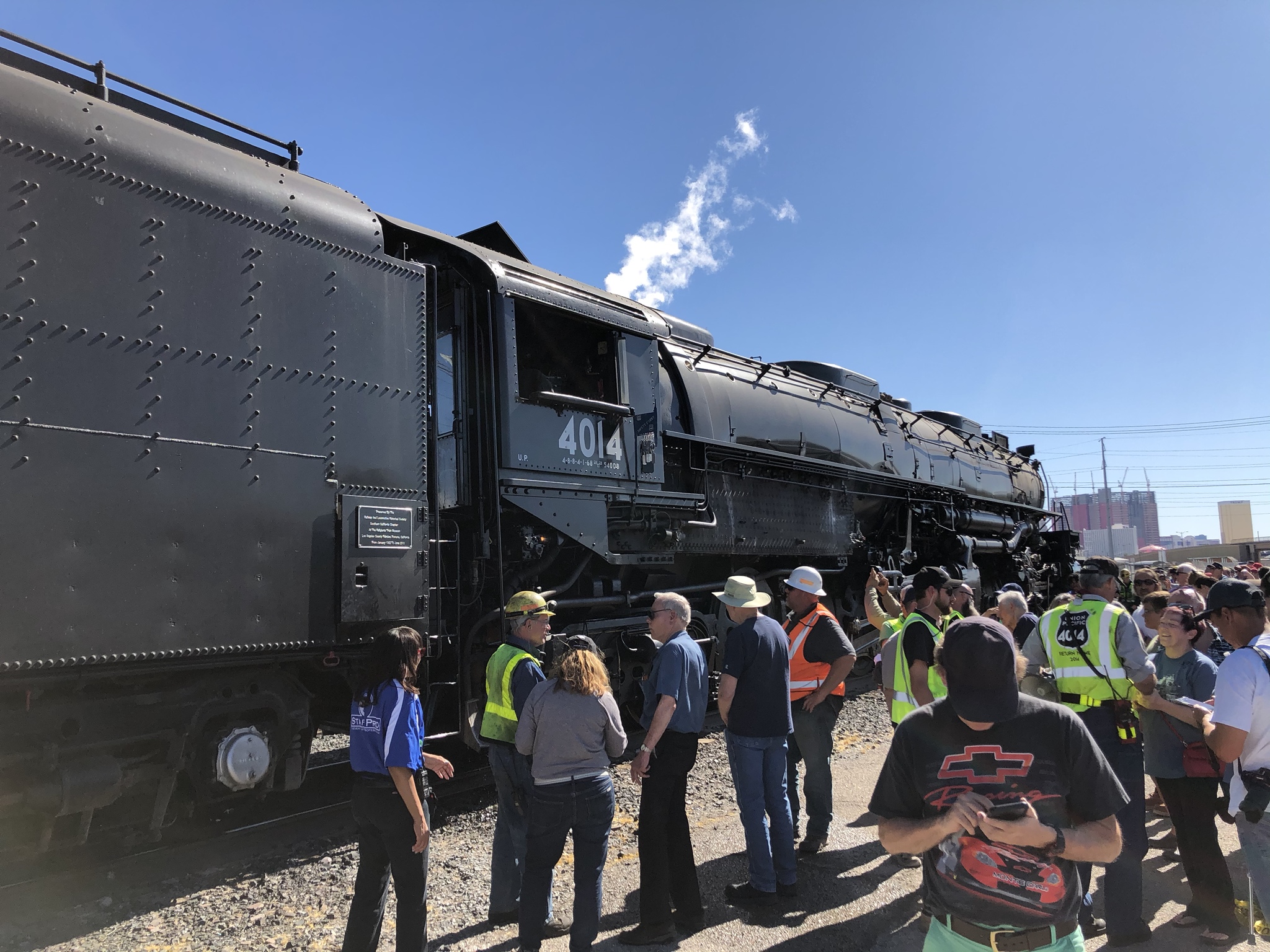 I too saw Big Boy. Today, actually, as it traveled through South Coffeyville, Oklahoma. Gena gets the photo credit.

I had the opportunity to see it but had other things going. I wish I would’ve went out to see it.

We could've had the opposite of that photo (sort of) in this country due to the weather we had last week. 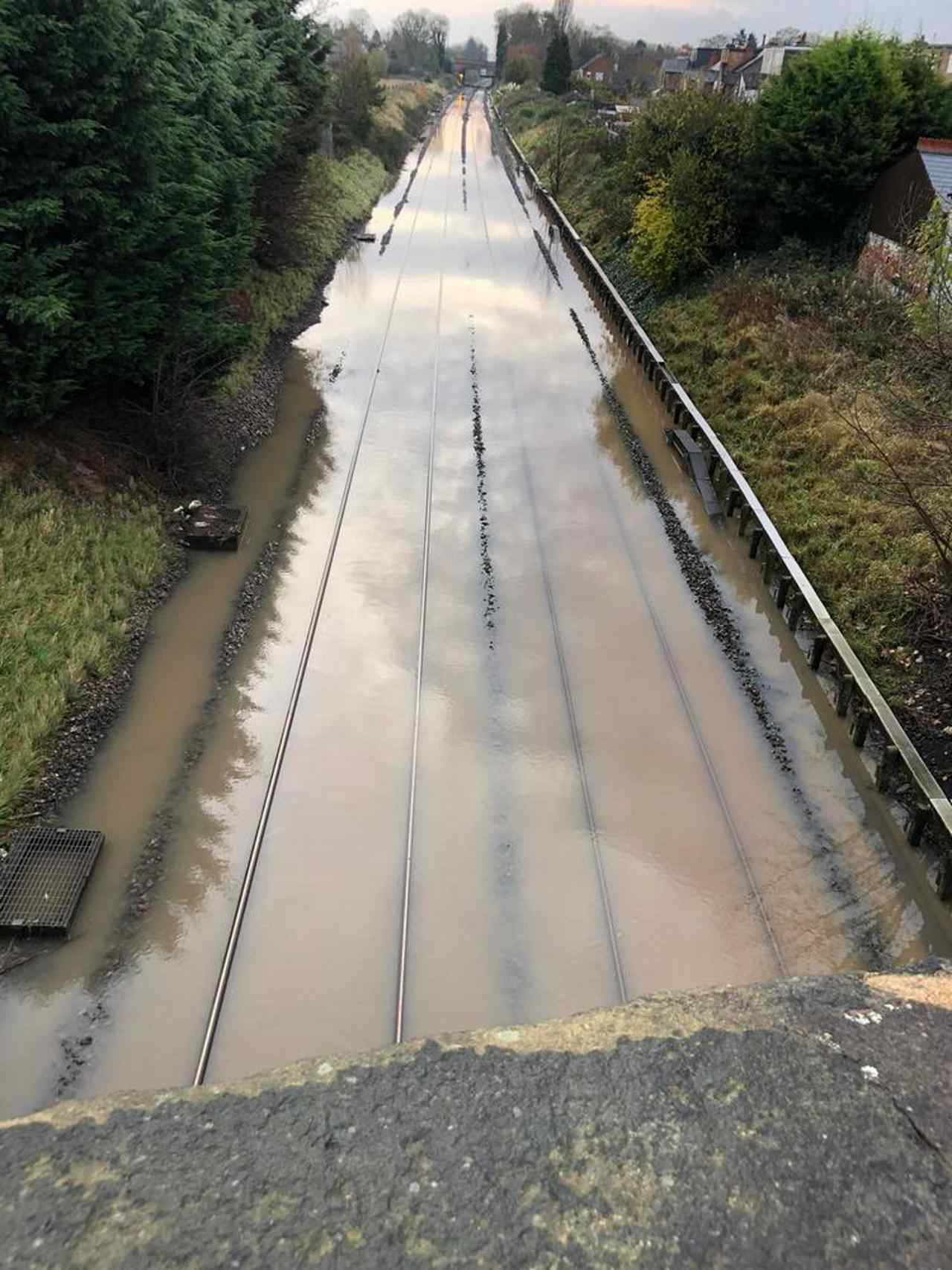 I'm guessing that the drainage isn't being maintained properly. Fucked my week up good and proper.

I forgot I had these videos of this 1951 Chevrolet track maintenance car at the ES&NA rail yard in Eureka Springs, Arkansas.