Dreamt I overslept and was half an hour late for school, rushed to still get there, did not make it in time, not so much of a problem ... woke up still a bit in a panicy mood - looked at my cellphone still and I had half an hour untill I had to get up for work ... scumbag brain?s been trolling me lately ...


Eye-Q said:
My weird dream from this night: I worked as an external IT-technician at a company which specializes in IT-security (no, not in real life, in the dream). I don't know what I did there, but I locked the screen and went away for a short time and when I came back some icons, the desktop background etc. were changed, even though the screen was still locked. Additionally, the security settings were screwed up. The employees of the IT-security-company pointed out that they could hack into my machine since the file system wasn't encrypted. The ultralong password didn't help, they could hack everything just by looking at the unencrypted file system or something...
Click to expand...

So, how?s that Job at Vodafone working out for you in your dream?

I had this dream the other night and it kind of weirded me out a bit. It is centered around a rock that I found up north. this isn't stone per se, but is more like an uncut gem of some sort. Enough back story, here is the dream:

It starts with me showing it to a friend and she says she knows a professor that might be able to help identify it. We give him a call and make arrangements to meet him at his office. We get there normal pleasantries, blah blah. He asks to see what we have, and I show him a few other rocks and this one and he goes through and identifies them all until he comes to this last one. He excuses himself for a moment and picks up the phone and calls another professor who shows up shortly. In the meantime he discusses some of the other rocks and gives some extra info and what type of environment that they are formed in and such.

When the other guy shows up, he takes the rock to him and they examine it very closely and the new guy looks over at us a few times and then abruptly leaves. The first guy asks me a few questions about where and when I found this, even pulling up google earth wanting me to pinpoint where I found it. I asked if there was something unusual about the rock.

At this he glared through me and kind of sneered as he said, "Unusual?! Are you fucking kidding me, you don't know what this is?" I just looked at him and shook my head as I said "no. If I knew what it was, I wouldn't be here wasting our time".

It was at this time that I realized it has started to produce a dull glow and I stood up and pointed at it asking "Why is it glowing". he looked at me and says while smiling and looking back to the rock, "That is what god rocks do". I looked at my friend and she asks "God rock"? He says, "Yes, you shouldn't have this. Where did you get it?... No more bullshit, where did you get this"? Again I told him the general area that I got it. He slammed his fist on the table and demanded I show him where on the map he had pulled up. I moved toward the rock and grabbed it and started toward the door where the second professor returned and said, "Security and the police are on their way, you just better sit down".

I really did not like the sound of this, pushed past him, and we all but ran to the car and got out of there before they could get to us. It was close though, security was running across the lawn as we pulled out of the lot and we passed the police as they were coming in. I managed to drop my friend off and made it home, but it wasn't long before the cops were there banging on the door saying they had a search warrant.

It was at this point I woke up. I was more confused than scared, and I couldn't get the image of it glowing out of my mind for some time.

This "God rock" didn't happen to look anything like this, did it? 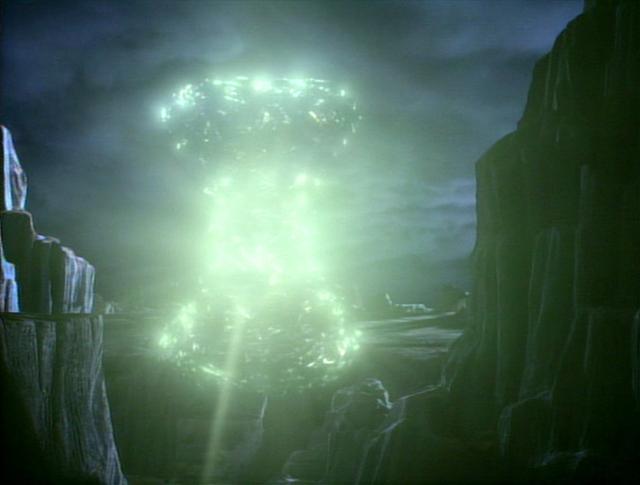 :lol: No. It fits in the palm of my hand. about the size of two walnuts.

So it's your scrotum?

I had a dream last night that I owned a self spray car wash. Most of the dream was the mundane collection of money and struggling to clean off a sign. Thanks dreamland for making me work even when I sleep. Seriously where was my large automobile, my beautiful house, my beautiful wife... same as it ever was

MWF said:
So it's your scrotum?
Click to expand...

Do you need to see a doctor?

Just because you have a limp noodle doesn't mean everyone does.

BTW, an old man said that.

Has it been more than 4 hours?
neener neener!

Dreamt I was playing volleyball with a large group of FG members. No idea where that came from.

Idea for the next Ringmeetolymics? We could use the cars as field outline and the ringmeet banner as a net...

Passed out on my couch after dinner. Dreamed I was driving a white Challenger down a straight featureless road.

You call that weird?

Today I had this dream: I was with some other people in some medieval looking town/city where some alien race resembling the Son'a from Star Trek: Insurrection took over earlier. The human race was enslaved but there was a resistance which had some B-17 bombers amongst other things. I tried to reach one of the bombers to flee but fortunately it started before I could reach it since it didn't climb high enough to clear some buildings so it crashed into them.
We tried to hide from the aliens but they had devices which showed the exact position of any human lifeform so in our despair we dove into a channel of which there were many throughout the city. Somehow the water prevented the devices from picking up the lifesigns and the alien race had bad eyesight so we got away. We could hold our breath for about 5 minutes until we had to breathe again so we searched underwater for some sheltered spot to emerge when we found a park bench which was only partly submerged. Unfortunately an alien stood on that bench but somehow it didn't detect us when we emerged to take a breath. We wanted to go on submerged to the other side of the bench from where we came but suddenly we were in some kind of other dimension where the human race succeeded to overpower the aliens and the water level was much lower so the bench wasn't submerged at all. We struck a deal with the people from the other dimension so they came with us through the "dimension portal" under the park bench. We met with the resistance from our "own" dimension which had intel that the human race was no longer needed so the aliens planned to eliminate every human. The resistance and the people from the other dimension attacked the command post of the aliens which was a giant ship swimming in the channels and destroyed it. We had some effective weapon which resembled the babelfish from the movie "The Hitchhiker's Guide To The Galaxy", it worked like a bazooka but much smaller and more powerful. After we successfully destroyed the command post the aliens emerged from every window of the surrounding buildings and fired with their bows and arrows on us but we could overpower them by climbing up the walls and kill every one of them.

Then I woke up. I really wanted to find out how it went on but I couldn't fall asleep anymore.

A socialist era movie theatre playing a recording of George Carlin's first stand up, while I successfully hit on the American girl sitting next to me, while her boyfriend one seat over slept was just one of the weird things I dreamt about last night.

Another was a museum recreation of an unaired scene from Star Trek TNG, where the visitors were encouraged to take part.

Maybe wet dreams are weird for him?

Be sure to wink at them leeringly, maybe slap em on the ass. After all, you've had sex with them. No more need for inhibition

I took a nap today and had dreamt that I got the Cheetah I want. I was on a road trip out on the west coast (Oregon?) somewhere and stopped to get gas and some foods. While I am filling up a few people walk by and comment on the car and a couple take pics. I pull off to a restaurant that is just down the road and go in and eat. As I sit there, a crowd begins to gather around the car, people taking pics and talking about it. There are still a dozen or so there when I come out and a guy starts yelling at me for getting into his shot, I smile and say not a problem, you can take a pic of me driving away. He keeps yelling at me as I drive off.

I get a few miles down the road and cops pull out and hit the lights. I pull over and the cops order me out of the car, I ask what I did wrong when the guy that was yelling at me pulls up. One of the cops said to let him take a few pics and to stay out of the way as he does. I asked if I was under arrest, and told them I was going to leave if I wasn't. The guy started yelling again as I was walking back to get in the car and the cops started to run up to me so I took off. The chased me at the speed limit for a long way before a news helicopter showed up. Then it became GTA, and the copter was now a police unit, and they were not screwing around. The engine was hit and smoking, I was freaking out because it was running very hot, and I called Lester for help.

He said he couldn't get the cops off of me, but had a few places I could duck into if I could shake the cops. The first one I got to was near the subway tunnel on the river. There were a bunch of bums there, they all pulled out phones and started taking pictures and the flashes attracted the cops. The next one I got to was just under an expressway overpass with a truck waiting for me to drive into. As the doors close behind me, I could hear the cops getting closer. The truck driver was waiting for them to go by when I hear one of them talking to Lester, saying that we were in the clear, and as soon as I was taken care of they would drop the car off to Simeon...