It's been in use for 2 years and never let me down.

I actually don't know what model my first cellphone was, but it was from a company called the "Japan Radio Company". I got in the early 90's.

The battery died so I changed did for that useless piece of crap (Sagem myX3-2), it was slow, the menus were completely dumb and it crashed all the time. It was cheap though :

After that, I began to put a little more money into my phones, so I got a Sony Ericsson k700i, I liked it very much, quite fast, good battery life, etc.

But I couldn't resist when I saw this one (Nokia E61) for very cheap. I love it so far

And if you are wondering, yes it has had 3 batteries already. The original was nice and lasted long, then came the cheap non-Nokia battery<<<AVOID, followed by a Nokia battery(which is worth more than the phone )
Last edited: Feb 24, 2008

Always liked that phone. God, i miss nokias of old.

2. Nokia 8210: My first phone with cellular contract (which i still use today - 9 years later), loved it, it was sooo tiny back then.

3. Nokia 6510: Loved the blue backlight, my first phone with radio. 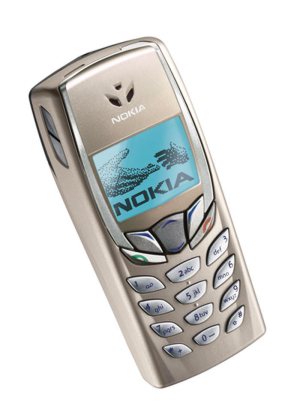 6. SonyEricsson T610: That was one of the best i ever had, sadly a bit spoilt because of the Vodafone-branding i had on mine. My first camera-phone.

8. Siemens SX1: Loved it, despite the ?ber-stupid keyboard-layout. My first MP3-phone and first smartphone. 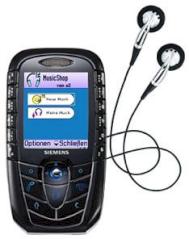 10. SonyEricsson W550i: Now this was just mad. Liked it somehow, but it was just to fat.

11. SonyEricsson K750i: Possibly the best cellphone i ever had. Performed incredibly good. 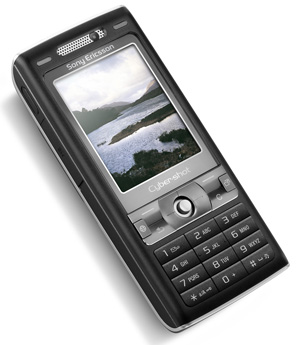 14. SonyEricsson K610i: After the K800i/X200-fiasco i decided to settle down and get myself a decent midrange-phone. It was very good, this. 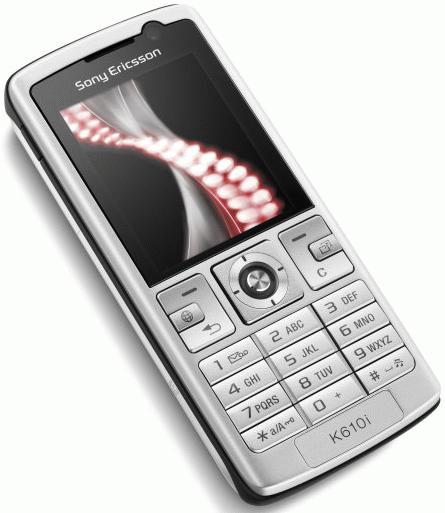 15. Samsung Z150: Then i settled down a bit more, when i got this dirt-cheap. I liked it and it started my love for slim devices. Had it quite a while, compared to other phones.

16. Nokia 6300: Then i decided to try to get back to Nokia again. Was a bit of a flop, not a bad phone actually and beautifully crafted, but i realized that it just wasn't as good for my likings as the SonyEricssons.

17. SonyEricsson W880i: This is the phone i'm using at the moment. It really is great. Nice aluminium front, softtouch back and just so slim.

18. Apple iPhone: It's on the way to me right now and will hopefully be delivered tomorrow. I'm basiccaly getting one because it's been a wish for a long time to have all my mobile devices rolled into one. I hope i'll be satisfied with it, if not i'm probably going for the just anounced SonyEricsson G900, which will come out around may.

/I really enjoyed reflecting on all of them. Gosh, i love my phones. Despite the fact that i hate making phonecalls.
Last edited: Feb 25, 2008

I started out with a Siemens M55

And whaddaya know, I've still got it. I can't kill it, though the silent alert was flakey for a few weeks. Heals itself. Maybe I'll upgrade when I find a nice phone that doesn't have a stupid camera.

Firstly it was a Ericsson A1018

Then a Nokia 3410, really liked this phone

I then had some flip 3 phone. No idea what it was called. Hated it so I went and got a Sony Ericsson T610 Then I bought a Samsung D500. I loved it, so much I might go and buy another as a spare.

Then a Sony Ericsson W800i 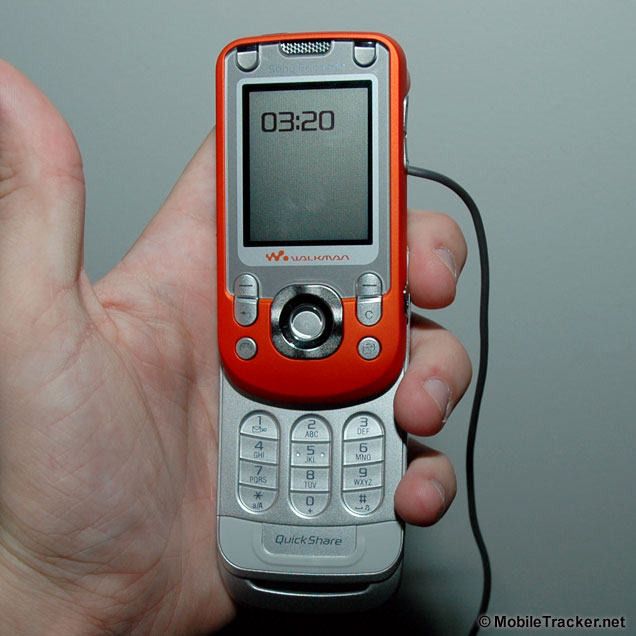 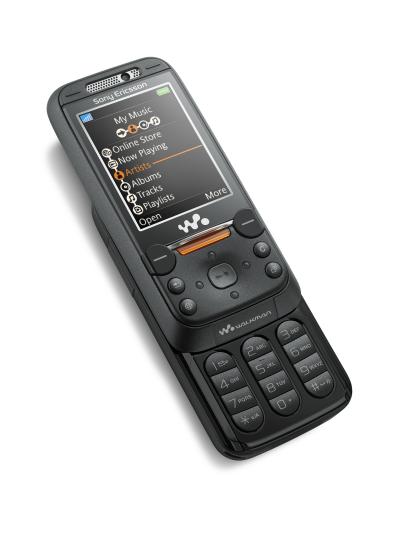 I currently have a K800i

too many... lost count already, these are the ones that i can remember

Nokia 5110... it was so popular, i think almost everyone had one Nokia 3310... again, popular phone. Built like a bloody brick, never went wrong, not even once.

Motorolla E1000 ... My first and last ever motorlla... its fucking shit, will never buy another motorolla ever again. Great features but crap software and the little joystick in the middle died within 3 month of purchase.

Samsung D600... My second samsung phone, was happy with the D500 so i replaced it with the D600, great phone, unfortunately some kaffir stole it from my office. 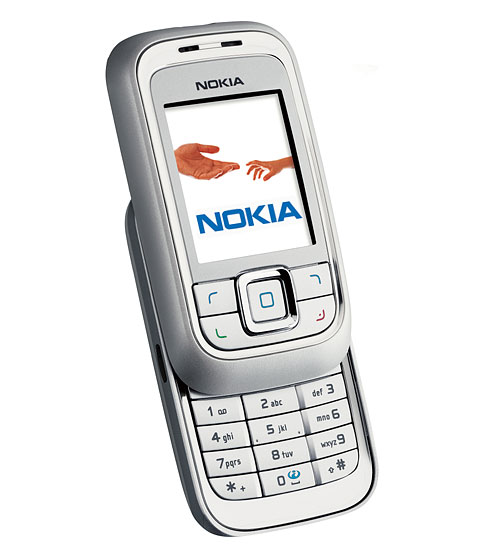 Nokia N95 8Gb... uber expensive, but worth every penny.

Nokia N97 32Gb... What can I say? Can't ever go back to shit phones again, guess I'm forced to buy the flagship model everytime they release a phone.

I started with this, Siemens MC60, I think it spent more time in the hands of the repairmen back in Germany than it did in mine.

Then I got this, Sony Ericsson k750i, A phone I loved until its death. I would have gladly kept it forever.

Currently I have this, Sony Ericsson k850i, and truth be told I will love this till its death too. Just wished the battery was a wee bit better.

Polly said:
2. Nokia 8210: My first phone with cellular contract (which i still use today - 9 years later), loved it, it was sooo tiny back then.

No screen issues? Then count yourself very lucky. The 8210s had a factory defect that made the screen blank out within 1 year of purchase.

Have been using mobile phones since I was 10.

Siemens SL45i, around 2+ year old from my dad

I changed to this around a year and a half later, new.

Upgraded to a more decent K700 phone, also hard-used by dad. Later Stolen on the bus

Used this in the meantime... Worked well, had a great battery life although being 2+ year old.

Changed to a 3month old N70, the laggiest phone I've ever had. Got it from dad just because it was extremely lag! Stolen just after barely 4 weeks.

Now.... This phone still impresses everyone with its novelty touchscreen

Then I had GF768 and GH688 for a short while, before I convinced my mom to buy me a proper phone.

So the proper phone was Nokia 3210

Next up was Ericsson T20e Then I went for the clamshell design with Siemens CF62 Which got replaced by Motorola V360, which was probably the worst phone I ever had considering all aspects

Currently I have Nokia N95 I have still little over a year left on my N95 contract, after that I am switching back to something much more simplistic and smaller.

Polly said:
8. Siemens SX1: Loved it, despite the ?ber-stupid keyboard-layout. My first MP3-phone and first smartphone.

Adunaphel said:
No screen issues? Then count yourself very lucky. The 8210s had a factory defect that made the screen blank out within 1 year of purchase.
Click to expand...

You're right, I was indeed lucky. Two of my mates had them too, and both of their screens went belly up.

I've got the vague feeling you don't like it? ^^

8. Motorola RAZR V3x (Current phone but about to upgrade to something like a Nokia N95)

Purchased three or four years ago to have some simple emergency phone in the car, knowing my driving style, the love for winter driving, the driving style of others, the age and tendency to understeer of my car and the nerves of my girlfriend.

The Phone is mostly off and lies around in the car. I charge it when cleaning the car once a month. It's prepaid, and I only had to fill the credit once since I bought the phone. The phone still has the transparent plastic cover sticker over the screen. That says it all. I'm no fan of mobile phones. To be unachievable while underway is one of my little personal luxurys these days. Don't call me, call my office.

Well, i'm from Finland, so: