IceBone said:
And at a distance of 20x the focal length, right?
Click to expand...

I just measured 0.4, 0.7m etc from the sensor and focused on the calibration tool and took a shot, went to see where the focus is and made an adjustment based on that.

So I went and bought another cam today: 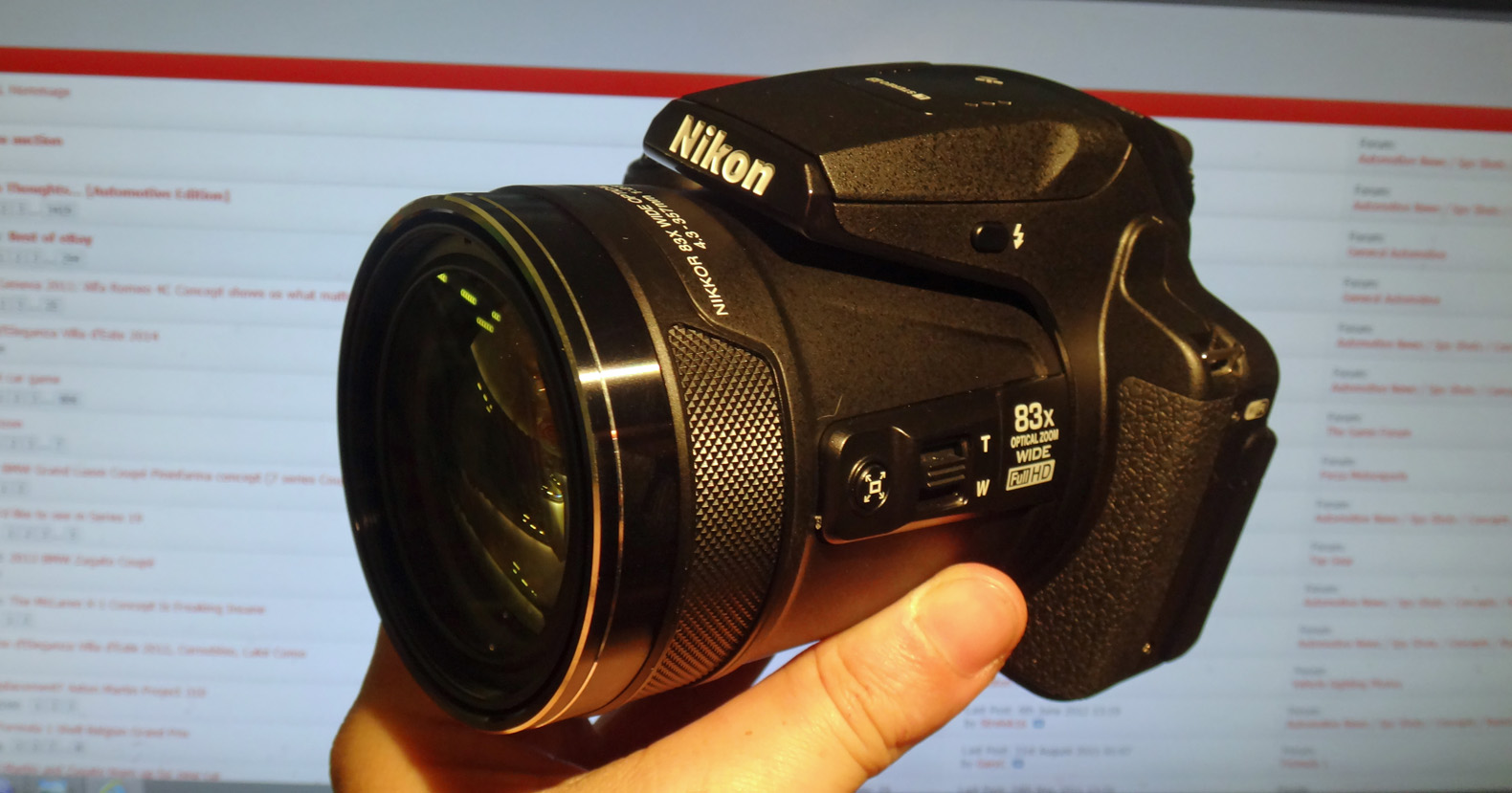 The biggest downside I've come across with these super zoom lenses is that even with the spectacular telephoto, they still don't go very wide on the other end. This one is 24mm equivalent widest and 2000mm tele photo. 12-1000 would have been much more awesome.

Don't go very wide? Is there anyone offering anything wider than 24mm film equivalent in any camera? Kit lenses only, obviously.

No, but they should.

If they did, you would complain about how slow they are

There's always something to complain about with those cameras.

How come you didn't went for something with a bigger sensor? But that zoom is quite impressive, found these two gifs showcasing it's zoom capabilities:

I am upgrading to a D7000 soon, yaay for me, but I'll need some SDHC cards. Any reccomendations?
Is any Class 10 ok or should I go with something like the Sandisk Ultra or Extreme cards?

Doesn't UHS-1 cost as much and is faster if the device supports it?

47 said:
I am upgrading to a D7000 soon, yaay for me, but I'll need some SDHC cards. Any reccomendations?
Is any Class 10 ok or should I go with something like the Sandisk Ultra or Extreme cards?
Click to expand...

Well, I'm certainly happy for you I believe I have a normal class 10 (transcend or something, no extreme/ultra, for sure). It's certainly enough for video, I'm not sure what's the effective raw shooting rate with it.

Fast cards are nice when you copy the data from the card, when plugged directly in the card reader, to your PC... but in camera I don't think there is any difference between a Class10 card and one of the fastest ones. I would buy a entry level UHS1 card from a known manufacturer like Sandisk or Samsung.

The faster cards really make a difference in my experience, my X100 was transformed when I switched from a class 10 to a Sandisk Ultra, and my E-M5 takes a lot more time to empty the buffer since I use one of those class 10 "wifi" cards in it.

Recent cameras, especially the High Megapixels ones, can definitely take advantage of the extra speed.


Also, taking less time to copy back to the computer is nice too.

As discussed in micro-4/3 thread, I wanted to downsize from DSLR to either a smaller system camera or a P&S. I've settled on Sony a6000 finally. Couldn't quite convince myself to give up the ability to change lenses, and I perefer the a6000 body to every 4/3 I've tried (considering size, features and price), even if lens selection is not as good. The kit lens will be enough for all my P&S-ing and when I feel artistic I can use a plethora of cheaply available manual lenses, thanks to a small flange distance of the sony e-mount.

In fact I already sold the D7000 (coincidence? ), and even ordered a sony nex to M39 and M42 adapters. Got a Jupiter-8 50mm from my Zorki, and Rodenstock 50mm enlarger lens, and still going to buy some bellows for negative-copying and other macro.

Can't quite pull the trigger on the camera itself yet First priority is ensuring that the 7 is ready for the roadtrip/ringmeet, and I need new tyres right now, which will eat the money from D7000. On the other hand, it would be nice to have some camera during the trip... Half-considering getting some cheap used P&S to last me through the summer, and maybe a6000 will get cheaper in the mean time as well.

tquattro said:
How come you didn't went for something with a bigger sensor?
Click to expand...

All I ever do with my pics is to use them as some sort of visual diary. I don't have any high expections towards the quality of my pictures.
Besides, my main cam I always carry with me whereever I go and use everyday is a small Sony DSC-TX30 point-and-shoot thingy, this superzoom cam is more of an additional toy/gimmick.
Last edited: May 27, 2015

MXM said:
As discussed in micro-4/3 thread, I wanted to downsize from DSLR to either a smaller system camera or a P&S. I've settled on Sony a6000 finally.
Click to expand...

MXM said:
Can't quite pull the trigger on the camera itself yet
Click to expand...

Thanks. It's a pretty sweet camera, very configurable too.

But it does have some Sony quirkiness. When changing to high fps video it give a warning of "Cannot record on DVD, save on Blu-Ray" :lol: But what's more annoying is that if PAL is changed to NTSC (50fps to 60fps essentially) it wants to format the memory card! Same if it's changed back to PAL. And even more, if I leave it in NTSC mode, it will give an NTSC warning every time I turn it on, slowing the turn on time by several seconds.

Also it's delivered with empty battery, and it takes a mindblowing 5+ hours to charge it in-camera via the USB. Doesn't come with an external charger. Not a great first impression...