TopGearNorthAmerica;n3543326 said:
there are 10 who never really think about these things, who assume that boys' best stuff is "off the cuff" and happens on the fly.
Click to expand...

Respectfully, you're missing the point we're making when we call that segment an insult to our intelligence (I say we because there are already a few replies that expressed this view.)
Let's sum up those things that they insultingly had to tell us needed planning:
- Jeremy's colourful analogies: Jeremy makes it sound as if TG and TGT are streamed live and he has to think of the analogy on the spot. No, he can get the feeling he wants to convey, mull it over and come up with something; all while driving. The editors then work their magic.
- Voice-over/live commentary coordination: You sprinkle voice-over to iron out transitions or to accompany humorous transitions. POST-filming.
- Mismatched cars and road trip goals: We'll gloss over this one. Childish.
- Sending scouts & sorting out the itinerary: Yeah chaps, we figured. It's not an improvised camping trip it's a multi-million dollar show.
- Press/People filming and swarming: Inevitable. All sorted out in the edit.
- Reserving the airport runway weeks in advance: Again. Unfunny and insulting to our intelligence.
And on and on.

Sure, we might not have thought about these things before, but it would've taken anyone with an ounce of intelligence half a second to figure it out if they had to.
What's more, we're the viewers; we're not meant to dissect the programme. We know it's hard work. We want to enjoy the output. That's the whole point of production.
If anyone still doesn't get what we mean when we criticise over-scriptedness, let me just add to what MWF said: stop planning and scripting what you're talented enough to handle spontaneously.

I gave this one a 7/10. They came a long way with their ability to be funny, since that has often been weak in the past. Poking fun at the "too scripted" remarks was again pretty funny for me. Some of the other parts in this show were a bit weak, but I've never been a fan of awards, and some of the stuff was obviously just there as filler. Not terrible, but certainly not one of their best.

I've got to go along with the "stupid and worthless" thoughts on this one. What a waste of an episode. I don't particularly agree with the one sentiment about James May essentially "phoning it in" -- though I think he has been slighted a bit with on-screen time or "something worthwhile to do" both this year and last with The Grand Tour. I somehow don't figure that it's "his fault" -- someone is writing this stuff, coming up with ideas, and so on. So, my view is that he has more rather been "wasted" to a great extent in The Grand Tour. But this year certainly has shown Jeremy to be "in charge" to a very big extent -- not that it bothers me, but it just means that the other two are slighted a bit. I'm a bit happier with the celebrity stuff, with Jeremy in charge of that, just like he was back on Top Gear. In the grand scheme of that on Top Gear, I always thought it was "Jeremy takes on all comers" wherever they happened to come from, and he could talk very competently with every single one of them. And I was always happy with the celebrity stuff on Top Gear. So, I see this as a bit of "return to form" with that. Still, this was by far the weakest show this year, by a mile.

The show is starting to lose me.

Nice one, chaps. Way to underestimate the intelligence of your loyal audience and simultaneously waste an opportunity to showcase one of the best looking countries in Europe. That wasn't satire, it was a lame "fuck you" to loyal fans who simply care about the quality of your product.

Yes, we on FG and others on the TG website over the years have complained about certain scripted elements but we aren't stupid or naive enough to believe that good television can happen without meticulous planning and a wealth of good ideas.

The main complaint has always been and still will be the lame gags that an 8 year old can see coming a mile away in thick fog, perpetrated by two-dimensional caricatures of three guys we know to be highly skilled and intelligent, pretending to be utter buffoons.

The India "Special" years ago was bad enough, but that only made us cringe in embarrassment for you. This year you gave us a very Merry Christmas last week, but followed it up with a "Screw You" New Year.

Not big, not clever and certainly not funny.
Click to expand...

Broadly my thoughts too. The car selection thing was particularly «India Special» for me.
R

Loved It. Every second. 9

Likewise, well most of it, and I didn't take offence at the 'unscripted' theme even though I'm a past critic of TGT and TGUK shows that have been way too scripted for my liking.
Pete
Adelaide
Australia

I actually liked this one more than the previous episodes. Gave it a 8.

But repeating the ARSE joke on the car door, really? 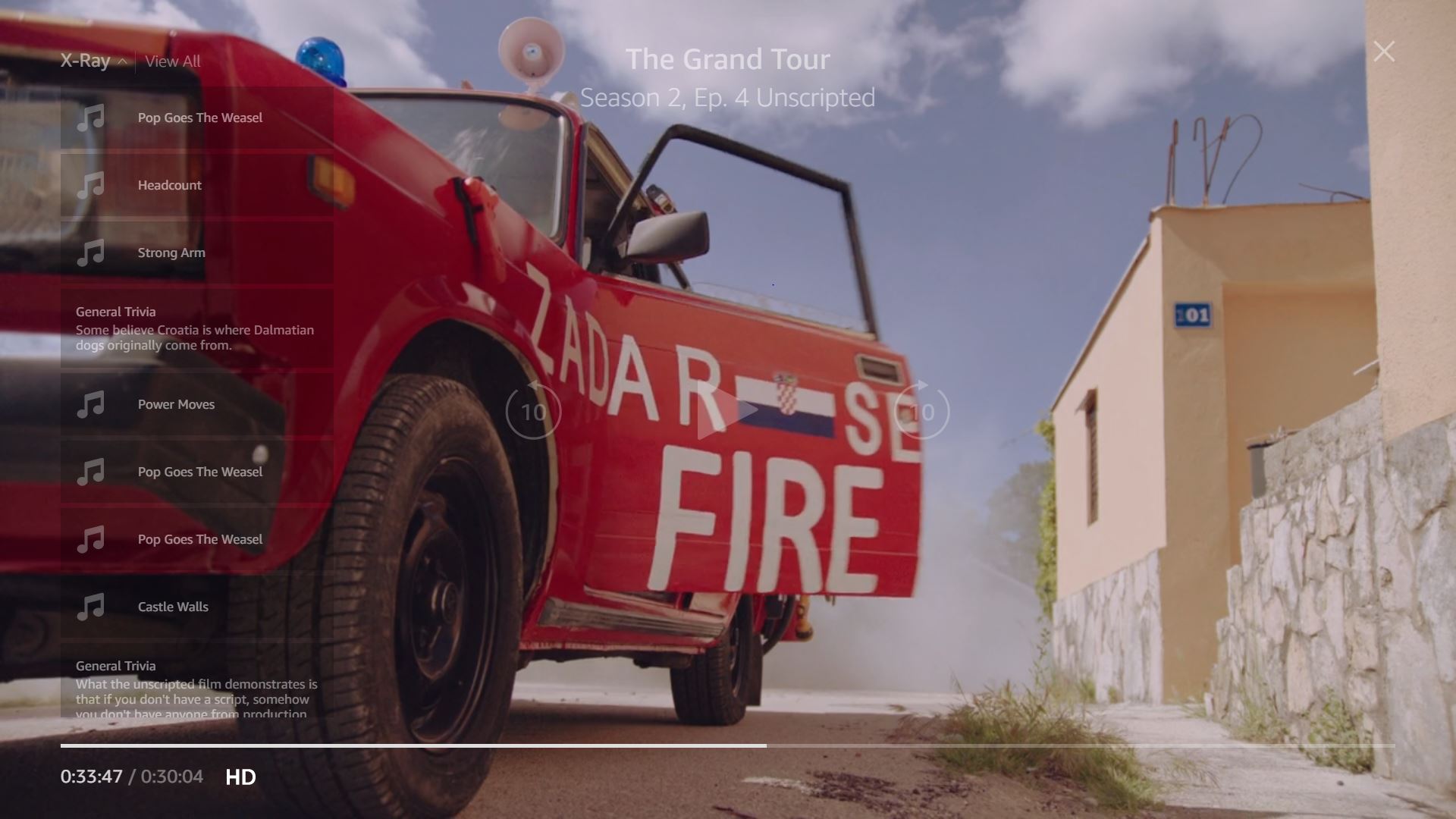 The worst episode in years and way to intentionally misunderstand valid criticism. That was insulting.

The worst of the four episodes , hence the evaluation : 4/10.

Despite all the bad things... I think season 2 is much better than the first one. I hope it will get even better.

I enjoyed some parts of the episode. 720S review was fine, but I'm not a fan of the car, CFO and conversation street were good. I also enjoyed some bits of the clearly scripted 'unscripted' film. The filming was great, Croatia is a beautiful place, and the TT vs Nomad test was, for most of the part, good. What my complaint really is (and probably other people's as well) is when we say 'too scripted' we really mean the forced jokes, gags and all the stuff which they think we will find funny but we don't. I can sort of understand doing a TT RS vs Ariel Nomad film (its not a bad idea) but then having James turn up in the Lada, I think that was just silly. And that thing they did with the voice over in the beginning, having news channel crew following them everywhere, getting rejected to use the airport etc (all of which was clearly scripted) it really wasn't necessary at all. I hope they stop with these forced jokes.

I think is going to be the worst of the Series 2, while I enjoyed some bits of it, but the unscripted bit felt , more scripted then the actual scripted show

The Mclaren bit was very, lackluster, I enjoy the Hampsters reviews, so I dont know , I think it was the car
M

CadillacFleetwood75;n3543231 said:
Ironically the "non scripted" segment shows off all the problems with their scripting. A completely unnecessary slap in the face to a group of already disappointed fans. I'll be sure to be completely literal with everything I say from now on though.
Click to expand...

This... all of this! It's like they deliberately "misunderstood" the point of the complaints, then stuck two fingers up at us.

The whole time I was mentally screaming "it's not the FACT it's scripted, you idiots - it's HOW BADLY YOU SCRIPT IT!"

If it was funny, they could have got away with it - but instead it was the absolute worst of their worst scripted crap ever!
Last edited: Jan 31, 2018
C

Location
Chicago (The city, not the corner)

Has anyone else noticed what someone put for what genre the show is on Amazon Prime? It says Special Interest, Sports, Unscripted, Comedy. https://www.amazon.com/gp/video/detail/B0731XBJBV

hi everyone,
does any one know the song they played when the big plane with water gushed may lada fire truck?