Top Gear undertakes one of its epic races as Jeremy Clarkson attempts to drive the remarkable new Nissan GT-R right across Japan faster than Richard Hammond and James May can make the same journey on the legendary Bullet Train. Plus, Richard tries Toyota's idea of personal transport for the future, the sensational Alfa Romeo 8C brings some glamour to the Top Gear track and news readers Fiona Bruce and Kate Silverton are the Stars in The Reasonably Priced Car.

[URL=http://www.topgear.com/content/news/stories/3022/]TopGear.com[/URL] said:
Another Wednesday and another trip to Surrey to visit the Top Gear studio.

And it was very wet. So wet in fact that the Stig had to get hold of some water wings to get around the track. The torrential rain didn't hamper the show mind you.

Jeremy kicks off this week by asking some existential questions, but don't worry, he asks them while going sideways in Alfa Romeo's incredible supercar, the 8C Competizione.

It's then Stig's turn to take it for a lap around a track that was well damp to say the least.

More good news this week, James has some exciting details from Dacia about their Sandero, and you the viewers have been sending in some incredible examples of road signs you've spotted. (Its like Blue Peter this sign business.)

The guests come from the corridors of the BBC news centre in the form of Fiona Bruce and Kate Silverton, two of the Beeb's most respected newsreaders. Unfortunately Jeremy has some bad blood with newsreaders after he invaded their offices in his little Peel car.

Let's hope that their two most attractive broadcasters can forgive him.

And the Big Stuff? Well you hear a lot about Japan on the telly. Most of it regarding how baffling the culture is - a strange indecipherable language, completely alien customs and a penchant for eating raw seaweed (not high on most peoples' shopping list).

So It seemed like the perfect place to send the boys for an epic race, that involves Jeremy in Nissan's new monster GT-R against the other two on public transport.

It's quite honestly breathtaking and one not to miss at any cost.

Hoo boy, bring out the slobber buckets for Clarkson's encounter with Fiona! I hope the GT-R race will be more interesting than the Veyron race, and....is that going to be it? With the big race, it looks like there isn't much room for other stuff.

EDIT: Can't believe that this is already 2/3 of the way of the series.
"Power corrupts. Lack of power corrupts absolutely."
-Redliner, ironically

I'm looking forward to the race. Unlike the last couple races, this one will be hard to script and therefore screw up.

I think its safe to say this is the episode everyone has been waiting for !!!!!!!!
THE FLAT EARTH SOCIETY
"Deprogramming the masses since 1547"

The Fiona Bruce interview should be interesting since Jeremy said she had a nice ass last season
http://pic.armedcats.net/c/co/cold-fussion/2010/10/28/Untitled-1.png

Fiona Bruce!!!! Oh man, I looking forward to that!

Omg yush! Can't wait for this one.

Forget Fiona Bruce, Kate Silverton is the one you lads need to look out for. I must admit to feeling a bit

And just for once, I hope James and Richard win.
B

Fiona Bruce and Kate Silverton - the two hottest newsreaders of this decade!

And I too hope that Rich and James win the race - the look on Clarkson's face would be priceless.

This sounds great and should be a real epic.

And I'd love to see John Humphries as the SIARPC (think back to the Peel segment - he was the one that stole the car and drove off with it) as I think he could be really good. I love him on the Today Programme.
http://news.bbc.co.uk/today/hi/today/newsid_7414000/7414824.stm
---------
Ryan Morrison
Listen to my show on the BBC iPlayer 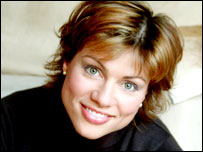 Kate Silverton was a corporate financier before changing direction to join the media.
She has a BSc in Psychology from Durham University - and spent a year studying Arabic and Middle Eastern politics.
Kate trained as a journalist with BBC Look North before moving to Tyne Tees Television where she worked as a reporter/presenter.
She has worked for Five's The Wright Stuff as well as Sky TV and BBC Radio Five Live where she co-presented the weekend Breakfast show with Brian Alexander.
She has also appeared on the BBC One Heaven and Earth Show.
You may remember Kate from the BBC's special programme on debt and spending - Hey Big Spender - where she was co-presenter with Breakfast's Dermot Murnaghan. Kate regularly presents BBC News 24 from Monday to Thursday, from 0900 to 1300.
[URL=http://www.speedtest.net/my-result/3503553675]

Potential to be an epic episode, only one i am looking forward to more is the one on the 27th.
Team Schrick
DMOTOR sub project
H

Car(s)
with big L on the roof

No James again(except in the challenge)?

hmmmm, I really hope they got one in the UK to hot lap it around the track.
O

This already? Ep 3 isn't even out! Sometimes i think you guys like talking about Topgear more then actually watching it.
Porsche:7:29?!?!?, OMG WTF HAX
Nissan:learn to drive n00b
courtesy of NooDle

GTR VS Bullet Train. YES!
Never put off for tomorrow what you can do today

A Nissan GT-R and Alfa Romeo 8C in one episode? PETROL-HEAD-GASM!!!