As somebody said on my Facebook, Volvo electrics are as bad as everyone thinks Fiats and Renaults are...
Click to expand...

Unlike myself while growing up, these lights are not grounded.

For the most part everything works well, until you get to lighting. If you indicate left the rear wiper does a single sweep. If you indicate left with the headlights on the whole cluster of lights at the front left pulses, the wiper washer motor pulses and the rear wiper starts running constantly until you turn the headlight off and back on again.

First port of call was earthing points, this involved pulling out the airbox, which was broken and replaced with a slightly better one.

This reveals the washer bottle:

And this earthing block, handily tucked up in the rear wing where it's a bastard to get to with adult sized hands.

Grotty as a fuck, so pulled out and sanded with 240 grit.

Really the spade connectors need replacing or dunked in something corrosive, but the best I could do was wedge sandpaper into them.

I then did the same to the block on the other side, beside the battery. I actually took the battery out to admire the fact my battery tray still exists. Rare on a 740.

I also went about pulling out a lot of superfluous wiring, left over from the days of the car having a radio/beacon/alarm system.

This was just from the area ahead of the bulkhead, I think most of it was alarm system. In multiple places the factory loom has been hacked into for earths and lives. This is probably why after reassembly the electrics were still just as fucked as before...

I had a wee meetup planned with fellow shit car folk in Perth, and the idea of driving for that long with no radio wasn't appealing so I was looking at getting one fitted.

The original radio cassette was fucked. I stripped it down and cleaned it and had a nosy for dry joints and shit, but I don't know enough to make head or tale of anything that's not obvious. The audio cuts in and out with loads of background static and pops and cracks like something is shorting out, smacking the head unit causes changes to this. Something is loose, but I'm fucked if I know what.


So, a local Volvo enthusiast I know gave me a deck from a '87 GLE he'd broken some years ago.

Ah. My car has a different setup whereby there is a head unit and then a seperate amp down by the driver's knee, so incompatible wiring. Bugger.

Not to be deterred I ordered a conversion cable to DIN off eBay.

Ah. This has the right connector but is still wired for the non-amp system. Bollocks.

I consulted the wiring diagrams.

The top setup is a fairly standard radio install, naturally my car doesn't have this, it has the lower one. Unless I fancied butchering all the original loom connectors off it would be easier to just run new cables entirely for a standard basic radio setup. Hmmmm.

So, the Triumph unit had it's wires lengthened. You don't get to see the hideous mess I made of soldering them...

This then replaced the generic unit in the Acclaim.

Was then free to go in the Volvo. I then discovered the solid core wire I'd bought was the perfect size to snuggly jam into the Volvo's stock connectors...

So rather than run whole new speaker cables I hacked into the amp connector for them, and took the live and neutral from the head unit connector. The whole thing was then wedged into the hole in the dash using self adhesive sound deadening foam and finished with the original Volvo outer trim.


Naturally the driver's side speaker is blown and is super quiet and tinny but some tunes is better than no tunes. I also made the meetup, despite accidentally draining the battery by leaving the engine bay light on for two days...

Anyone that works with old cars with wonky electrics should have a set of these: 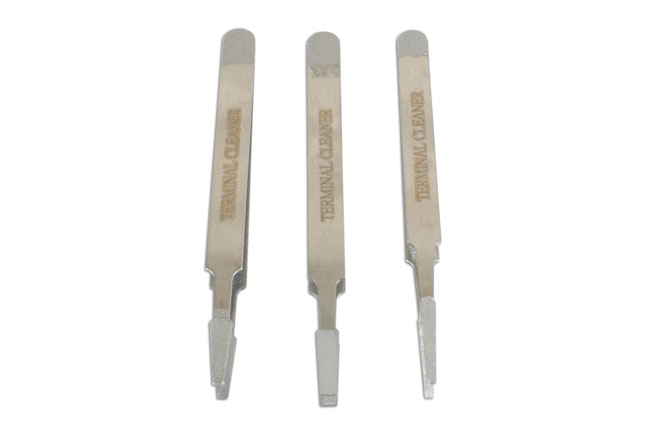 I didn't realise that 1989 was already in the awkward stage for electrics, with the amplifier and proprietary connections for the radio.

Matt2000 said:
I didn't realise that 1989 was already in the awkward stage for electrics, with the amplifier and proprietary connections for the radio.
Click to expand...

If anybody was gonna' do it then it'd be Volvo.

It's mad they didn't just instantly go bust, the amount of trim and engine options for various markets and minor production changes across the 700/900 series cars is insane. My car, being an '89, is last of the pre-facelift cars so features various bits from either side of the update, the Haynes has a seperate wiring diagram specifically for '89 cars.

The aux belt had started squealing and it didn't take long to work out why...

Replaced, but still wrong. There should be a tensioning system like this:

However it's all missing so the nut is just tightened against the slide. Y'know, like a normal tensioning system... The PAS pump has the same setup but the only bit missing was the long bolt.

I happened to find a suitable thing in a cabinet I was decommissioning at work and it found it's way in to my pocket by accident or something...

I also replaced the oil cap seal as it was leaking, just a tiny bit...

I also cleared up the boot a bit...

Put the interior back together.

Also pulled the rear wiper motor out as it running constantly with the headlights was pissing me off and I can't find the route cause...

Other than that just been piling on the miles. Such an easy car to drive...

Oh this sounds like fun can't wait to see the repair process.

EDIT: I forgot to hit page 2, pardon me!
"The way I see it a car enthusiast is somebody who is enthusiastic and interested about the motor car in all its various shapes and forms from supercars to East German 2-strokes made of cardboard. Everyone else is merely a car elitist IMO." ~ Captain 70's

Tis a Mk3 Polo radiator destined for the Acclaim.

It's a weird thing. The internals are 1990s onwards but the chassis is straight out of the 1970s. Presumably somebody found a stash of NOS chassis and threw them together as cheap head units.

TIPEX mudflap text restoration. Also, a friend donated a set of hubcaps so I now have a full set.

Replaced the blown driver's side speaker. Stock ones are riveted in, because fuck you.

You'll not that they're also not round, the top and bottoms are squared off to fit behind the grilles. This means off-the-shelf generic sizes don't fit. I went a size down rather than slightly too big.

Drilled holes in the old frame and screwed the new speaker into that.

You can actually get adaptors, but I was doing a long trip the following day and needed banging tunes pronto.

I went out to the car one morning and the mirror was facing skywards for some reason. I didn't think much of it, readjusted it and set off, half a mile down the road I set off from a set of traffic lights with great vigour and the glass just flopped into the road and shattered into a billion pieces. Closer inspection showed some scuffs to the plastic surround so it looks like somebody knocked it just enough to loosen the glass. I got a replacement on eBay for something like £7 delivered.

I was also tired of the lack of instrument lighting, only half of the main binnacle illuminated. Everything else was completely dark. I enlisted help from somebody who also has a 740 to aid me in checking bulbs.

I assumed there would be some circuits dead, but nope just dead bulbs. About 6 of them!

I also faffed with the wiring a bit and got the electric aerial functional again. A lot of cleaning then brought the 12v socket back to life.

The following morning the car was loaded ready for a 5hr drive to Scarborough for holidays and I found the radio was completely dead, having been completely functional the night prior.

I pulled the whole lot apart again and managed to get the radio working but only on one speaker. The driver's side speaker is completely silent, even rigging up a different speaker to the wiring doesn't work and there seems to be quite a bit of electrical interference from the radio itself. I think it might have shorted somehow in the rat's nest of bodged wiring stuffed behind the dash and cooked something... I need to look, but it's dark and cold and shit now...

There is also a bit of a vibration from the drivetrain at certain rpms. I know there are a few bushes/bearings etc in the propshaft that can cause issues so that'll need a prod.

In related Swedebrick news, my 1000€ 945 passed Finnish MOT without faults or demerits a few weeks ago, and now is ready for a roadtrip to Lapland, with LED bar and studded tires.

Last edited: Nov 9, 2021
Battered and weary after the craziness of the 1960s, the self-righteousness of the 1970s and the greed of the 1980s, I want to go home again, oh, so desperately - home to that land of drive-in restaurants and Chevy Bel-Airs, making out and rock 'n' roll and drag races and Studebakers, Elvis and James Dean and black leather jackets. Not that I ever owned a black leather jacket.
(Roger Ebert)