Didn't notice anything major wrong with this episode. If I were nitpicking, I would say that the first OAD (old-age driver) part didn't add that much, the Range Rover race felt slightly disjointed and a few minutes too long, and that I didn't find James McAvoy an exciting guest. I'm not nitpicking though, so really, I'm saying none of those things. I liked it.
C

abczyx said:
UK users: by happy coincidence, the Geoff episode happens to be on iPlayer, if you want to compare them.
Click to expand...

I guess it's also on many many HDDs...

Anyway, the episode. Range Rover test was nice, however, I was more interested in the Army truck than the car. News was alright, I wish they had spent more time on discussing what to do with old people driving. And in a serious fashion I mean. Because it's an interesting topic. Mandatory tests every couple of years would be great, but sadly I don't see that coming any time soon. There is probably also too much money to be made from selling expensive Mercedes and Porsches to pensioners who can finally afford them and thus the car industry wouldn't be to keen about excluding the elderly from their pool of customers... and speaking of old people, that segment of the show wasn't too bad. But then Jeoff has already set the bar pretty low a while back, so it's probably like losing a finger compared to losing a leg. It's also very sad that the term "it wasn't that bad" is used more and more when talking about recent episodes. Top Gear has never been about being "not that bad", instead they always tried (and often succeeded) to be awesome.
​

Don't remember an episode that has split opinion so much for ages.

Seems the Telegraph's reviewer like it.
WillDAQ: To use the technical terms: "the Mustang is to aerodynamics what horse shit is to fine dining"

Multipla, part one: Pretty awful. Loads of recycled "jokes" - is anyone really still laughing at the 'Clarkson and his hammer'-bit? Made me think they sat down and said: "Let's make a film to piss off the FG-crowd" Plus: Making cheap jokes at the expense of the elderly? We've already had fat-jokes, so what's next? Retard-jokes?

News: Probably the best news-segment this series. Reminded me how good this bit can be... funny, but still lots of info on new cars. Also highlighted a problem I have with TG recently. They mention cars on the news, stating how much they like them (the up! in this case) ... but they never test them on the show. Why? BTW: That up GT would be a perfect candidate for the next reasonably priced car. If it's anything like the Lupo GTI I used to own, it should be brilliant.

Range Rover: Great setting, great race, great opponent. Plus James actually managed to squeeze in a nice little review of the RR at the start of the film. Best bit of the show. Agree with JC on the styling. Too bling for a Range Rover.

SIARPC: Great guest. I like (most of) McAvoy's work and he seems like a genuinely nice guy. And guests celebrating wildly in the studio after a good lap is always a plus.

Multipla part 2: More pointless cheap jokes at the expense of old people .. the whole film never grabbed my attention as it went from one unfunny situation to the next.. culminating in the mother of all forced endings. Is this really the best they could come up with? Might as well have JC say "I've fitted something to the car that will take us into orbit and on to the moon" and end with a cheap FX shot of the Fiat in space.

Almost cruel of them to show us a glimpse of the Cool Wall at the end.

Interestingly enough, this was *not* a bad episode if you ignore the Multipla-film. But since it was the centerpiece of this show, I'm going with a

Very true. I get the 'proper' review on Drive weeks if not months before I get in on TG. So the only reason the RR review has a right to live, is because of the extra bits, like the autonomous truck.
Click to expand...

That's utter nonsense. There's a difference between a totally dry/serious review (say, Old, Old TG) and doing a "serious-fun" hybrid. TG used to be great at this, even without elaborate setups and high production values. Remember the "Pacific Rimmers"-comparison ... or the 911/M6/Aston comparison on the Isle of Man .. or even the very first cheap car challenge. They drove from London (IIRC) to Manchester.. and that thing was brilliant. It's those kind of reviews and films that drew me to TG in the first place.

Average, is the word that springs to mind.

James was classy as usual. RR review was Fine !
News was pretty subtle and calm, I liked that !
RPC segment wasn't too long to make you go "Ok, that's enough, back to TG" ... It was short and had a hyperactive person excited to be there, I liked that. Although, if he'd wanted so much to be there, I hate how it coincides with the advertising of the new film. Eww.

Which brings us to the old people thingy ... The topic is extremely interesting and needs a look, the issues brought up comically during the design of the car were, for the most part, genuine problems and risks. The film itself however, was average. Some good jokes, bless the 3 ladies.

Actually, I thought there were some bloody good ideas on the pensioner's car.

But what was the purpose of those two big black things hanging either side of the car above the A pillars? I didn't notice an explanation of them.
Unlike many, I do not let the Main Stream Media, the schools or the entertainment industry program me to believe nonsense.

Elijah B. said:
Actually, I thought there were some bloody good ideas on the pensioner's car.

But what was the purpose of those two big black things hanging either side of the car above the A pillars? I didn't notice an explanation of them.
Click to expand...

They were rear-view mirrors like you see on trucks

Elijah B. said:
Actually, I thought there were some bloody good ideas on the pensioner's car.

But what was the purpose of those two big black things hanging either side of the car above the A pillars? I didn't notice an explanation of them.
Click to expand...

Those looked like side-mirrors you'd find on a modern coach.

What we have here is clearly a case of this
Do you realise that right this second - right now; somewhere around the world, some guy is getting ready to kill himself. Isn't that great?
- George Carlin

Didn`t thought you can add insult to injury to the design of a multipla, but very funny second part ! 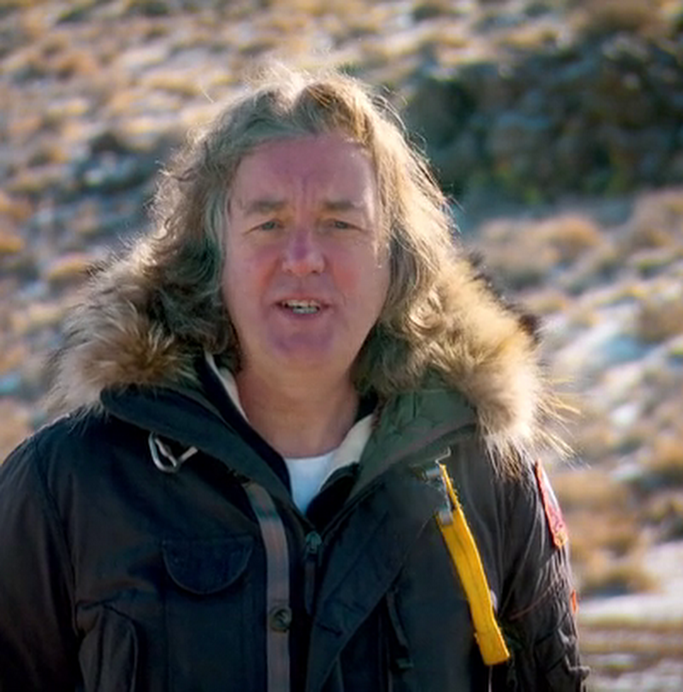 Does anyone know how many episodes this series have?
L

Kampa13 said:
Does anyone know how many episodes this series have?
Click to expand...

This is it. Only 5 episodes But this Sunday it will be the Africa Special in two parts.
M

I loved it, plus I think those autoreferential jokes were just for us hardcore fan.
Nothing has never been taken seriously on TG, even the fanbase.
E

only good bit - the Range Rover test, the rest was filler

Looking forward to the special next week.

I had so much fun watching this episode.
Loved the old ladies.

It wasn't the best, but I enjoyed most everything and can't wait to watch again.

The most average episode ever. Most of it had been done before in some way. Still always a good watch tho.

Clarksons twitter has some interesting pics regarding the new Range Rover. 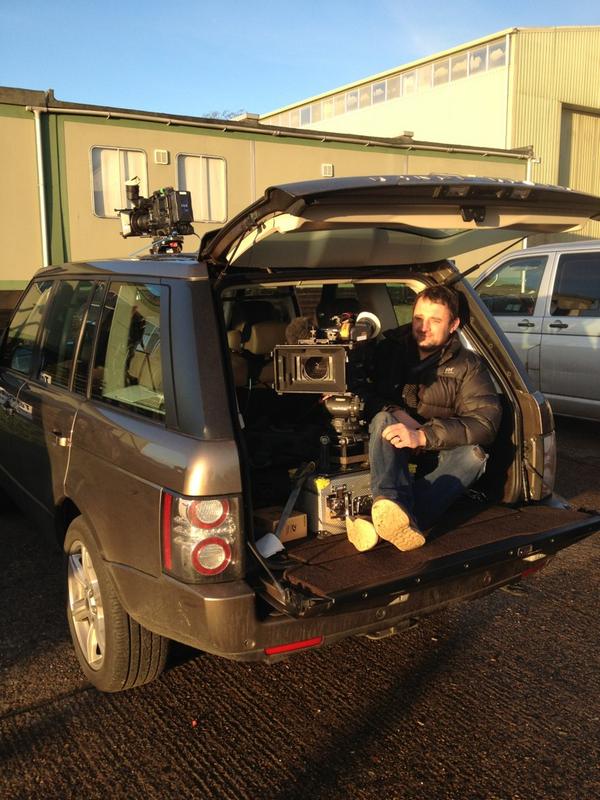 This is a camera man in the back of an old Range Rover. He fits easily.
Click to expand... 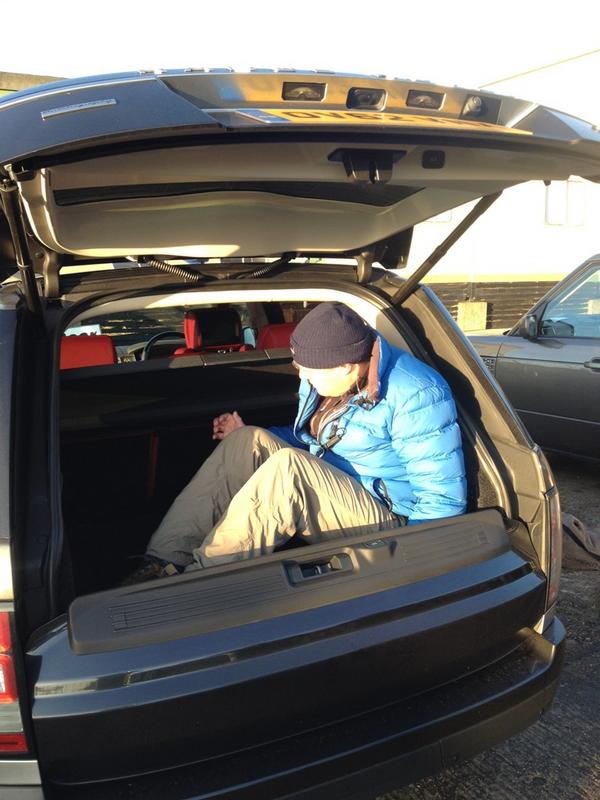 And this is a similarly sized camera man trying out the new Range Rover. He doesn't fit at all. Top Gear is in peril.
Click to expand...

Obviously, James the Rover Multipla feature seems to be a love or hate film, but I love it. Unlike Geoff, P45 or other cocking-up bits which we universally hate, I think the team has put a lot of effort to make it vaguely relevant to the real world. Sure, there are re-hashed jokes but the features on the James helped ease the cringe. Kudos to the TG Technology Centre!!

And the other two items are epic as well! The news is certainly best in the series and so does the Range Rover review, again maybe I wouldn't enjoy re-watching it, but I had great fun watching it for the first time. 8/10.

Car(s)
The now broken shell of a Mk4 Ford Fiesta

See, I came back from a friend's 15 minutes late, so I tuned in during the middle of the news... And I thought it was excellent! The RR review was gripping stuff on James's usual high callibre, the SIARPC was actually fairly entertaining and, even though I wasn't looking forward to it, the OAP car segment had me laughing out loud at numerous moments. Normally I can guess the jokes before they do them, but some stuff still really surprised and delighted me.

If I had stopped there I would give it a 8/10. However, I've just caught the first segment on iPlayer and it really didn't add anything to the party, so it drops to a 7/10. Still good though
"We have a number of very radical, world-changing ideas based on drink but broadening out into more philosophical and intellectual areas. Pies for example. Pies."
- James May

Donut97x said:
Clarksons twitter has some interesting pics regarding the new Range Rover.

Time to switch to big Citroen estate cars.
WillDAQ: To use the technical terms: "the Mustang is to aerodynamics what horse shit is to fine dining"