I've been wanting to replace my Mustang with something more practical for quite a while now. I literally bought it as a stepping stone to my Viper and I don't need two 2-door cars. I wanted to be able to haul some friends around!

I had been considering a BMW M5 but I've heard too many horror stories about them, and they aren't exactly cheap. A couple of my friends have bought E55 AMGs and I really like them. They did look a bit generic to me though, too much like a normal E-class, so when I discovered the CLS I knew I had to have one. Headroom and legroom in the rear of the E55 is way better but it'll mostly be me alone in it (or just 1 passenger) but I wanted the much better looks IMO. But I've sat in the back of mine and it's not bad really. I'm 6'1" and I didn't hit my head.

Anyway coincidentally a friend of a friend was selling his and best of all it was blue! So I bought it!

It has a modified supercharger pulley, a belt wrap kit (to prevent slippage), and a tune which apparently makes it have 595 horsepower and about 700 lb-ft of torque. Yeah, that's about the same horsepower and 150 more torque than my Viper! :lol: However it's also like 1000 lbs heaver though so the Viper is still faster.

The previous owner has a mud driveway and I've only powerwashed it so far, so it's still quite dirty. I'll post more pictures once I get it detailed but for now these will do. 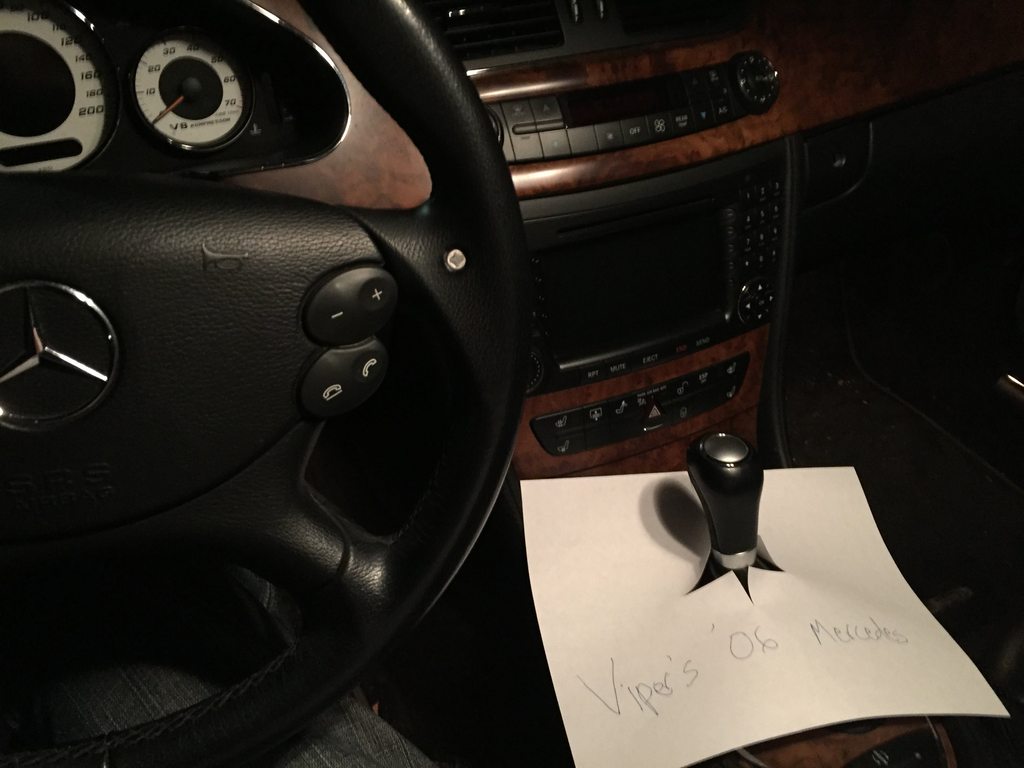 Here's a video from a dealer that was selling it 14000 miles ago:

Congrats, always happy to see new Mercs on the forums, let alone AMGs. The M113 engine has a pretty excellent reputation at this side of the pond at least, so it should give you pretty reliable miles.

Don't believe it's yours!

Also, no front plate required? What is the reasoning behind that?


TobiasG;n3547488 said:
Also, no front plate required? What is the reasoning behind that?
Click to expand...

Front plate is required in my state, but not all states. I don't run one on the Viper and have been stopped a few times for it, but they let me off because there's no place to put it really.

For this Mercedes, I'll be getting a tow hook plate mount.

Viper007Bond;n3547489 said:
I don't run one on the Viper and have been stopped a few times for it, but they let me off because there's no place to put it really.
Click to expand...

Oh how I wish that excuse would work here. I really do envy those places that have no front plate requirements


TobiasG;n3547492 said:
Oh how I wish that excuse would work here. I really do envy those places that have no front plate requirements
Click to expand...

I think it only works because it's a Viper and it's very obvious there's no place for it. I don't think it'd work for this Mercedes, although the previous owners never put one on.

Regardless, I want to be able to park downtown if needed and parking enforcement will 100% get me there if I don't have a front plate.

:lol: bloody amazing. Does it let you do burnouts, or are the computers too strict?

Labcoatguy;n3547502 said:
:lol: bloody amazing. Does it let you do burnouts, or are the computers too strict?
Click to expand...

This man asks the important questions.

Labcoatguy;n3547502 said:
:lol: bloody amazing. Does it let you do burnouts, or are the computers too strict?
Click to expand...

I haven't tried but my friend's E55 certainly can do them so I assume mine can do. The traction control is so confused by the extra horsepower -- the car will easily lay rubber when get getting on the freeway. I haven't turned "off" ESP yet.

Also the tune allows for revving it to redline in park which you can't normally do so that's extra fun to be had.

Stock exhaust I think, so it sounds good but needs to be louder. Might delete some mufflers or something.