I just hope someone can compete with Mercedes next year because unless Rosberg crashes out Lewis again at the beginning of the season - there's really nothing that's gonna keep me watching it. It's like watching 2 LMP cars race against a field of GT cars. There's no reason why there should be a 20second gap at the end of a 50lap race.

Pininfarina_ said:
I am pretty surprised they decided to keep Button. I thought maybe it was so Button could get the team some much needed points and WDC position for sponsorships/prize money etc., not because of some fascist regime heil Dennis. (though the latter is certainly a better headline). I also assume they would bring Magnussen back whenever the team got back on track and Button's hairline starts receding, but that's probably a bit rose-tinted.
Click to expand...

magnussen will be humiliated by stoffel vandoorne, and will never get a chance to drive in F1 again
[/hopefulchauvenisticbullshit]

bone said:
magnussen will be humiliated by stoffel vandoorne, and will never get a chance to drive in F1 again
[/hopefulchauvenisticbullshit]
Click to expand...

Honestly I wouldn't be surprised if Vandoorne get's the next available seat. He will be sharper but less experienced at that point, so we will see.

But it was fun to see the danish media talk Magnussen up like the motorsport equalivalent of the next Jesus, only to be in total denial when the results never came. Every single time it was just "bad luck, "bad car" "but he was faster over a single lap" "he has the pace, just wait and see" bla bla bla. I bet he can develop into a good driver (if he ever get's the chance) but he won't be the next Vettel/Alonso/Hamilton/Rosberg as he was talked up to be.
M

Cavi Mike said:
I just hope someone can compete with Mercedes next year because unless Rosberg crashes out Lewis again at the beginning of the season - there's really nothing that's gonna keep me watching it. It's like watching 2 LMP cars race against a field of GT cars. There's no reason why there should be a 20second gap at the end of a 50lap race.
Click to expand...

F1 had its share of unbalanced seasons. What really strikes me as odd is that in this day and age they can't come up with a set of rules and regulations to prevent just that. Its not like there are 60 years of experience, or anything.

Can anyone tell me why the little aero appendages supposedly banned from 2009 on are making a slow come back? Little winglest and monkey seats and all kind of fiddlery like front wings with 39 flaps.

^they do. it's called evolution.

each time the technical rules are rewritten, one team has the upper hand
by the time the other teams are about to catch up, they change the rules again!

Inside Bernies door the other day: Adrian said:
Inside Bernies door the other day:

it's the others that gain from this loophole, not mercedes

Well, anyone who is slower than Honda at the start of the season will benefit. Whether that's none, some or all of them remains to be seen.

But yeah, the governance of F1 continues to be a joke that everyone but those who "govern" it can see. Most importantly for the future of the sport, is what this says to potential future teams, sponsors and engine manufacturers. Who's going to throw hundreds of millions at a club run by silly boys who can't sort out basic shit? Audi have the right idea, it's just not worth it whilst it's being so badly mis-run - both on the sporting and the commercial side.

So apparently this is what the Williams FW37 will look like, My first impression is that the FW36 nose looked better.

It's still a bit odd, but it's better than the sex-toy appendage of last year IMO.
Hey Nonny Nonny Milord! The Force India looks quite nice I think.

I don't know how relevant this is to the 2015 formula one season but Ferrari are doing a sort of ask the team questions and the one for sebastian vettel #askseb got completely hijacked by some youtuber and suddenly it's all these fan girls saying things like do you think I'm pretty or look and my selfie and do you love me and I think that's kind of funny and at the same time annoying as I had an proper #askseb question about the development of the car. I am waiting for this year's presentation from Ted .

I think this deserves its own thread.

If looks won F1 championships then that Force India is a strong candidate, one of the best looking F1 cars of recent years especially in the livery it sports.
[URL=http://www.speedtest.net/my-result/3503553675]

The new Lotus looks quite nice, their nose has quite a heavy angle but they've managed to avoid the thumb and come up with something which looks like it could be quite elegant. 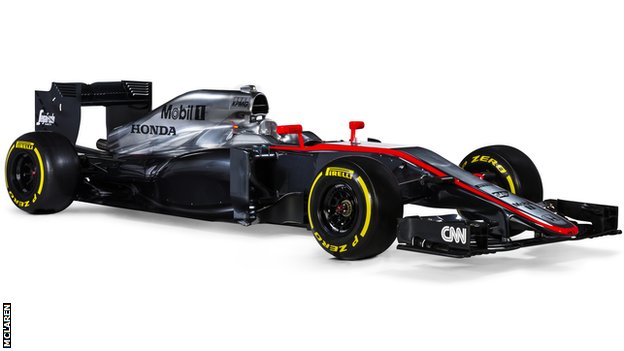 Stop fannying about with this drab grey and go back to red and white like everyone fondly remembers of McLaren.
It's not like you have any sponsors to get in the way. HRT had more sponsorship.
Nice nose though, but the cars are looking more and more like junior formula cars and less and less like mean pinnacles of technology due to to all these size restriction rules.