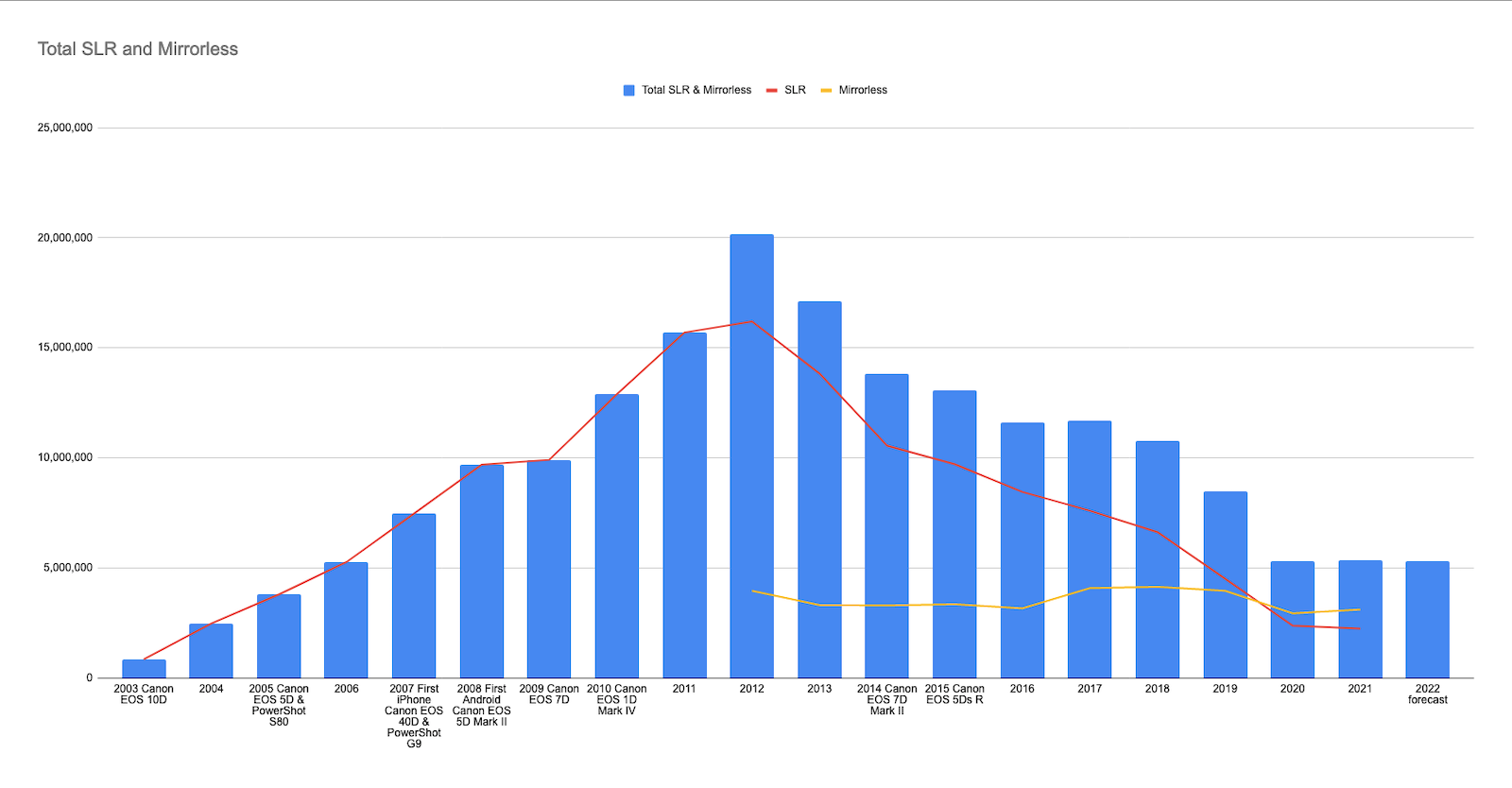 Above is the total worldwide shipments of SLR & mirrorless cameras from CIPA members. Prior to 2003 CIPA did not differentiate ILC from point & shoots. So 1999-2002 sales figures were purposely excluded.

Below each year are notable cameras/phones that were introduced then.

It appears that SLR & mirrorless bodies are settling to year 2006 global shipment numbers. I wonder which got most impacted by smartphones... was it consumer bodies, prosumer bodies or professional bodies?