Well, I was just too tired of the whole political shitshow to make the effort of posting about this. I also haven't read the coalition agreement, so my only reaction was "wtf, the Greens don't get the ministry of transportation?". And mostly everything else that you already wrote.
I'll think about it more on the weekend though...

Wouldn't the greens immediately restrict all of the autobahn?

Not being german, this is my biggest concern about the country

gaasc said:
Wouldn't the greens immediately restrict all of the autobahn?

Not being german, this is my biggest concern about the country
Click to expand...

That thing they gave up against the liberals very early on in the discussions, it was rumored… ?‍

So, it is done, we finally have a new government. In the radio news this morning, the sound of the words "Bundeskanzler Scholz" and "Bundesgesundheitsminister Lauterbach" was very strange to my ears.
I'll post some more thoughts on the weekend, when I'm not mentally exhausted from work in the evening.

I’m 37 years old and for the second time in my life, I’m kind-of-sort-of pleased with the result of a federal election that I voted in.

The last time that happened, 9/11 had happened just over a year ago and Iraq had not yet been invaded. The first iPhone was still over four years away, there was no Top Gear and no Tesla Motors and something called “The Ketchup Song” was leading the charts.

So , a few days have gone by, first state visits have been done, it all has sunk in a bit... time for some quick thoughts. To anyone who follows German news, this will contains not many new insights.

I'm absolutely astonished how much the coalition agreement seems to be written mainly by the smallest of the three partners, the FDP. It seems they leveraged their well-known preference for coalitions with the CDU/CSU very well.
While I am personally very happy that a blanket speed limit is off the table, I am well aware that my personal preferences are not always the most prudent solution. Let's see. Because on the other hand, they made climate things part of the Ministry of Economy, lead by the Green's Robert Habeck. This leads also to the strange situation that we now have a Minister for Climate and a seperate Minister for Environment.

Personnel and ministry situation in general: Some weird choices as to what party gets which ministry. Traffic went to the FDP, not the Greens. Foreign Ministry to the Greens - let's see how Annalena Baerbock manages this, many people are sceptical despite her having a European/foreign policy background in general. Well, she didn't perform very well in the election campaign. And with Russia showing strong interest in obtaining some neighbouring real estate, she already has her plate full, unfortunately.
Ministry for Interior goes to Nancy Faeser (SPD), who is totally unknown outside of her home state of Hesse, basically. But there she is known for battling right-wing extremism, and that makes me think she's the right person for the job. After all, it's a bad tradition in that ministry and the security forces to turn a blind eye to right-wing extremism, including basically harboring nazis in the own ranks.
Ministry of Defense - Christine Lambrecht (SPD). Well, that post is an ejection seat anyway. In contrast to other countries, it's a tradition here to have a civilian on that post and not a General or something, in case anyone wonders why this woman distinctly looking like a primary school teacher has landed that post.

The most significant ministry right now is of course the Ministry of Health, which is now lead by Karl Lauterbach, who has basically been the loudest political voice in Germany during the Covid pandemic - he's not only a member of parliament, but actually a medical doctor, and in fact specializes in epidemiology and health policy/management (studied that at Harvard). Hated by the Covid deniers, loved by many on the non-crazy side of the argument, respected even by the CDU. I hope he does well. Maybe he will be completely used up by the time we have finally managed to get this thing under control, but he will be a big part of that, I'm sure.
Appointing him was at the same time almost unavoidable and a big surprise, because he is not that well liked in his own party. Apparently he's kind of a maverick. Perhaps this is the way to get rid of him for some...

The Greens will have to elect new people to lead the party, as the still-leading duo of Baerbock and Habeck now are ministers in the federal government, and the party does not allow people to hold such high positions in both the government and the party.

Now on to another aspect: The German parliament works heavily in subcommittees, and those each have a chairman. These chairmen get elected in kind of a round-robin between all the parties represented in parliament. Meaning, the biggest party gets to choose a committee, then the second-biggest, and so on.
Due to the priorities the different parties set, the chairs of the committees for both Interior and Health went to the AfD - so the party that's partially under observation by the domestic intelligence services for being opposed to the democratic order now has the chair of the committee overseeing the domestic intelligence services. That will be fun. They are also the party of Covid deniers (mostly because it's the way to show your general discontent with the "system"), and they now lead the Health committee. Great.
The problem is that many, if not most of the committees would be in a bad spot if chaired by the AfD. Committee for Europe? Yeah right. Still, the angle with the intelligence services makes this outcome particularly peculiar. We'll see...

Summarized, same as many journalists I see something I've missed in a long time: A sense of mission, a will to change. I just hope this isn't an illusion.

Well written up. The defence minister comment was spot on. That military-distance-civilian always seems like a bit of an odd choice, or almost a bit of an embarrassment from a military point of view, (remember Rudolf Scharping) but it somewhat has to be some sort of a personalized Spassbremse. Which is very different from other departments, like Health, as mentioned by you too. That needs a medically educated person upfront. Especially now.

Coming from such a small country and a direct democracy like Switzerland where we don't have a head of state per se (7 ministers together are the head of state) the person cult (and circus) larger states have for their leader(s) is always baffling. Ask 5 swiss people and 3 of them wouldn't even know the names of all 7 ministers, because governing is a job, not a stage part.

lip said:
Coming from such a small country and a direct democracy like Switzerland where we don't have a head of state per se (7 ministers together are the head of state) the person cult (and circus) larger states have for their leader(s) is always baffling. Ask 5 swiss people and 3 of them wouldn't even know the names of all 7 ministers, because governing is a job, not a stage part.
Click to expand...

Damn, maybe I need to move to Switzerland. I could live in the mountains and make cheese! </offtopic>

In the wake of Russia's invasion of Ukraine, the German government has made a 180° turn on several policy fields (energy and security). While prompted by the current war, the consequences for Germany will hopefully be longer-lasting and that's why I'm putting it here instead of the war thread. Have these articles: 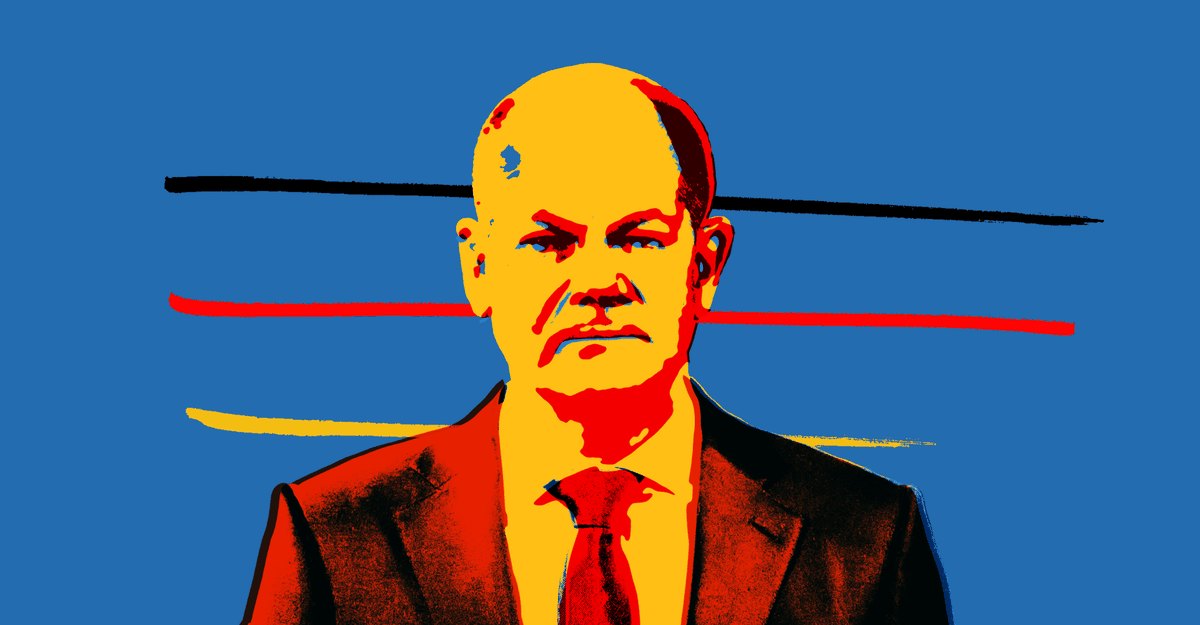 Politics in Berlin has undergone a cataclysm that no one saw coming. 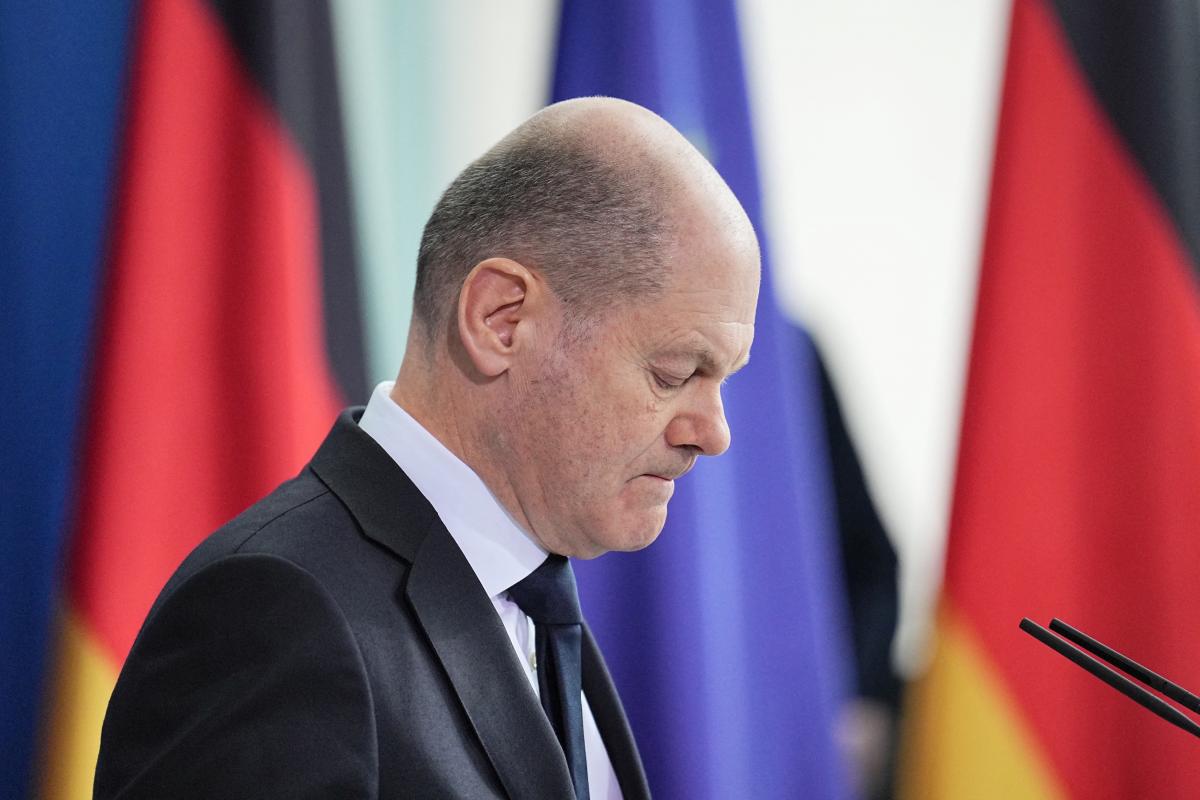 How Putin's aggression is changing Berlin.