OK so I've been meaning to start this thread for weeks but I wanted to get together some of the stuff I have been doing, so it just didn't happen. This thread is for 3D printing, home or industrial.

I'll start off with my own 3D printer, owned since December last year.

It's a CTC machine, essentially a Chinese-built clone of the original Makerbot Replicator with dual extruders. However, where the Replicator cost around $2000 new this only cost ?300 due to being made in China. 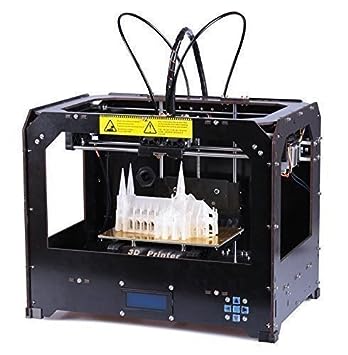 I was well aware when buying this that it wouldn't be getting a Replicator and it would be something that I'd have to tinker with, which is fine because I like to tinker anyway. As it turns out, when the machine was built the employees didn't ensure that the X-axis was parallel to the front of the machine before tightening the grub screws for the Y-axis belts, so the whole X-axis was out of whack by a few degrees. This caused one side of the X-axis to reach the end of its run before the other side, and the wrong side for the limit switch. Many bad noises were heard and I had to resort to sticking things on to trigger the switch before I eventually realised what the problem was and rectified it.

As it's based on an early machine it lacks some of the later fixes and enhancements and one issue with this design is the lack of support for the Y-axis drive shafts. The only support is from the bearings at either end, allowing the centre of the shaft to flex and move around and causing inaccuracies in the printing. This was resolved by printing and fitting pillow blocks and bearings as shown in this Thingiverse:

The shaft now has much more support.

Another known issue is with the cable for the X-axis stepper motor. Cable management is poor here, especially on this Chinese machine as the cables aren't even held together with tubing. Problems with the cables being stretched and failing are apparently common, so I printed another design from Thingiverse to sort things out. Much like an industrial machine, it uses a chain-link system to move with the Y-axis and protect the cables.

Finally before I get to some builds, the print surface. The machine came supplied with blue tape applied to the bed already and I had some 50mm blue tape so I stuck with that. That tape was from a local DIY store and didn't prove to be too good, peeling too easily when the bed was hot. It was also rather expensive, so when looking for a replacement I found that I could buy proper 3M Scotch tape from Amazon and get twice as much for only a little extra money.

Currently I have 3 strips of tape following the X axis and then two strips in the opposite direction to try and prevent the tape lifting as the part tries to warp. I print with a raft so the slight bump in the bed surface aren't a problem and it seems to be working. As an extra measure I also put little pegs on the edges of the bed where the tape is folded under.

What have I printed?

OK so let's get down to business. I'm not going to try and post everything in one go, just bit-by-bit as I go along. I got this machine for experimenting and learning 3D modelling but also to create custom storage solutions. My first project was to design some custom holders for DVD box sets, each designed specifically for one box set. For example, this holder for my Holy Grail 40th box set:

I've also been working on pegboard fittings after buying some steel pegboard sheets, primarily this spool holder which had to be modified.

I'll post some more stuff from my previous prints and new things as I print them, if you own or use a 3D printer go ahead and let us know what you're up to with it.

My company has a Makerbot in the office, and I've used one in a previous office before

My experience with them has been mixed, the Makerbot was quite tricky to use, it failed a lot and the printed objects either were sticking too much to the plate or not enough... But I'm sure there was a lot of user error involved.

When it works though, it makes producing early prototypes of products a breeze!

Oooooh sooo interested in this. I'd love one but can't really justify getting one just to mess around or make a keycap once in a blue moon. A coworker is making something though he's already $300+ invested in the printer and it's not done.

What software do you use for 3D modelling? I'd love to see how hard it would be to plan out a custom keycap for my ESC key(see I said I wouldn't have many uses for something like this). And prices here are 0.2-0.4? per gram plus labour at a shop, how realistic is that?

Here's mine, obviously not quite finished yet, I got it just before christmas, but work has been a bit of a pain recently.

It's a Reprap Prusa V3 clone with an aluminium frame.

Got it from a place in Spain for 395 euros for the complete Kit.

I've got most of the mechanical stuff done, just need to do some elctronics and see if it works ...

No Idea why these photos are showing in landscape , they are on dropbox in portrait :?
Last edited: Feb 4, 2016

The kits built machines always look far more interesting than the pre-built types, I'm just far too lazy to build one. I almost got a Rostock Max last year but abandoned the idea, that would've also been pre-built.


maxtortheone said:
What software do you use for 3D modelling? I'd love to see how hard it would be to plan out a custom keycap for my ESC key(see I said I wouldn't have many uses for something like this). And prices here are 0.2-0.4? per gram plus labour at a shop, how realistic is that?
Click to expand...

I use Autodesk 123D Design, it's free and does everything I need at the moment to create basic models or edit existing ones where I can. Editing STL meshes is a funny thing. I also use Photoshop to create 2D drawings to work from.

I paid something like the equivalent of 16? for a reel of PLA, works out at 0.016? per gram but that of course doesn't take electricity in to account. I've been printing stuff at 20-30g so that would soon add up but keycaps aren't going to be more than a gram or so. I'm not sure how PLA would work for that though, it's quite brittle.

I had a print fail on me last for a very strange reason - the filament was too thick to go through the hot end. I don't know how it happened and it hasn't happened before but this particular part of the filament was around twice the standard 1.75mm diameter.

One of the teachers at the school I work at got a Epson 3D Printer....


Yeah....not looking forward to setting that disaster up.

An Epson 3D Printer? Eww. Google comes up with nothing on that. From previous traumatic experiences with Epson printers though I imagine that you'll have to buy an entire new extruder if you want to change the filament...

Matt2000 said:
An Epson 3D Printer? Eww. Google comes up with nothing on that. From previous traumatic experiences with Epson printers though I imagine that you'll have to buy an entire new extruder if you want to change the filament...
Click to expand...

It was one of those "I've got grant money so I'm gonna buy whatever the fuck I want without consulting IT yet force them to support it!" deals.

Matt2000 said:
An Epson 3D Printer? Eww. Google comes up with nothing on that. From previous traumatic experiences with Epson printers though I imagine that you'll have to buy an entire new extruder if you want to change the filament...
Click to expand...

I got it wrong, it's a Dremel 3D Printer.

rickhamilton620 said:
I got it wrong, it's a Dremel 3D Printer.
Click to expand...

Ah, I've seen that one advertised. All bets are off then.

Matt2000 said:
Ah, I've seen that one advertised. All bets are off then.
Click to expand...

She actually took it home and played with it before bringing it in and successfully hooking it up on her own and printing out shit. Seems to work well, so that's good, I don't have to think about it.......for now...

I need to print one of those sundials, very awesome.

I just printed a VGA cover as we don't have any at work but do have users who struggle when presented with two VGA ports on one machine. It finished, I grabbed it, pulled it off the plate and it was immediately launched out of my fingers (it's rounded), hit the wall and disappeared behind the unit that the printer sits on. That's going to be a pig to retrieve...

Question for the "pros" here: What sort of printer (size/kind/pricepoint) would it take to create this part shown here, and since I have no clue about materials, usage and costs of them, how much would it cost to produce one of those, ignoring the printer itself. 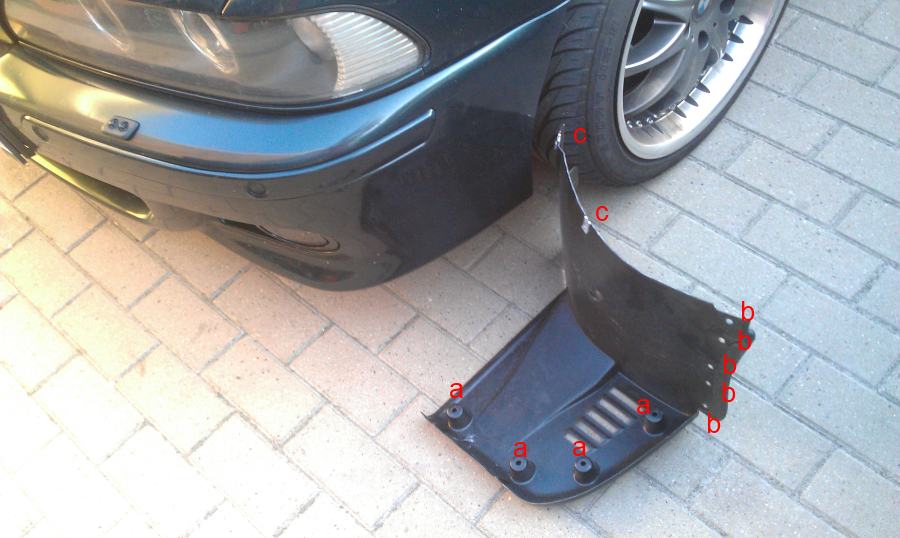 Still trying to find the exact measurements since it appears to be a primary issue to have a printer that can print this object in one piece. Also realize that all the cheap PLA printers appear to be no option, since that seems to be way too temperature sensitive of a material.. so ABS and a large base.. seems to require an expensive printer. Leaves the question how much the costs of making one would be one had a printer already that could do it..

1kg reels of ABS aren't that expensive, even if you use half of a reel printing one part. Maybe 10 euros for the part or something, plus the electricity to print it. You're likely looking at 10+ hours printing time depending on the type of printer.

There is the option of making your own printer using resin and one or more DLP projectors. What you need for that depends on how high the resolution needs to be.

Thinking about it, would having it cut out of ABS on a CNC router and bending it to shape work?
Last edited: Jul 17, 2016

So 10hrs at about 100W average it seems (quick google) in power and a 10er for the material. That sounds not too bad if one had the machine to do it. Considering BMW jacked up the price for these from 75 to 200 EUR (per side) in the past couple of month.. . But I feel I'd need to have other applications for it than that to warrant a 3D Printer..

have you tried asking for the part on a BMW forum?
might be a whole lot cheaper!

Most people realized that this shit just went up in price. And I don't actually need one right now, but I was looking into alternative options down the road/for others. I know every now and then a cheap aftermarket set pops up on ebay from somewhere eastern europe, I assume someone makes some infrequently..
You must log in or register to reply here.
Share:
Facebook Twitter Reddit WhatsApp Email Link
Top