This blue Sunny is originally the lowest spec L-model. Smaller 1.3-litre engine, no 5th gear, no side mouldings, no remote adjustable mirrors, no adjustable intermitted wiper, no seat heaters, no clock, no tinted glasses, no illuminated cigarete lighter etc etc... Real Suomi-spec car, for a price of GTi-Coup? you got two of these. I have added some goodies, but it is still easily returned its original state if necessary.

Oh, those floor mats are epic!

Just a little bit of rust. Nothing that wash and polish couldn't fix. I liked that part, when that Sentra snapped in half.

Here it goes again, we found tidier body parts for Patrol. I knew that this would get out of hands sooner or later. :lol: It now seems that Patrol will be another keeper car.

This is where we started, some one else had already bought some technical bits. Otherwise this was much tidier than ours, but it had over 6300 ? unpaid taxes on it's back. Thats is why it was to be slaughtered.

Originally we were after those good doors and tailgate. There was some minor corrosion in front doors, but for old Patrol doors these are fine. Maybe even good doors over all?

While we were at it, we also bought better front fenders and that part what belongs under front grille.

It even had protection bar under the bumper.

This might be the main culprit for that taxation problem, nearly 1000 ? annual tax. Back in the days it was possible to turn these into "van" with 2+3 seating arrangements with hard rear seat with maximum of 5 cm of padding. This meant that original seats went pretty much into scraps, because turning back into 5 or 7-seater passenger car cost you very much.

This is hilarious. :lol: I always knew there was some kind of cat-like agility around, but didn't quite expect this.

That ads. :lol: From the time when Nissan actually made good effort selling cars.

Great cars by the way. It's always good to see these being cherished. Most sadly have been run into the ground. Come to think of it. Sunny coupe are very rare now, but there's a mint coupe I still see running around. I will try to find some picture to go into random car sighting.

Now with some added sportyfeel!

Blue Sunny got those quite rare 14" GTi-wheels and new brake discs and pads, while it was jacked up. They might not be the most beautiful set of wheels, but they not the worst either. The wheels are not in mint condition, they have scratches, grime and some corroded bits and they are lacking center caps. Anyone got a set to spare?

Should I paint and install that two hole grille while I'm at it or is it better as original?

I also installed steering wheel from Sunny Coup? (B12), sits quite nice in its place.

Unfortunately the seller forgot to mention that it is missing a plastic collar piece that controls horn and turn signal return function. Not to mention how ugly it looks this way. I asked if he has that missing part, we'll see how it turns out.

We have that part and the rest of the car, want to throw offers?

I'm not so good at throwing things.

I was at Lahti Classic Motorshow too with my blue Sunny and finally met some FinalGear forum members face to face.

At the moment when some of us found you, I was not around so couldn't meet you

But the car looked great in real life too!

I can just imagine that wtf-expression on my face when public suddenly knocked on my window.

We ran to catch you with Lastsoul :lol:

AkiH said:
I can just imagine that wtf-expression on my face when public suddenly knocked on my window.

You should've provided some contact details for more subtle approach. Too bad I didn't get to meet you either, but some other time.

Coup? is on the road again. It might be summer again, although you can't really tell when looking at thermometer or amount of leaves in trees. The latest addition to that car was installing a set of black wheel nut covers instead of those silver ones. Now they really blend in the centre of the wheel. :lol:

Another new find is a grille with additional lights for that blue N13. I haven't yet been able to decide whether that is nice or horrible, but I think that must be tried on. First step is snapping those rusty bolts, then swearing a lot, then disassembling the grille, cleaning and painting it blue.

I might never see another one of these magnificient 80's accessories... oh wait, there is one.

Photobucket broke my pictures, so we have to put some new ones on the show.

At first, we bought a car for my girl friend, this was a good auction find, considering that we bought it without seeing and test driving it beforehands. Nissan Micra 160 SR, registered in 2005. 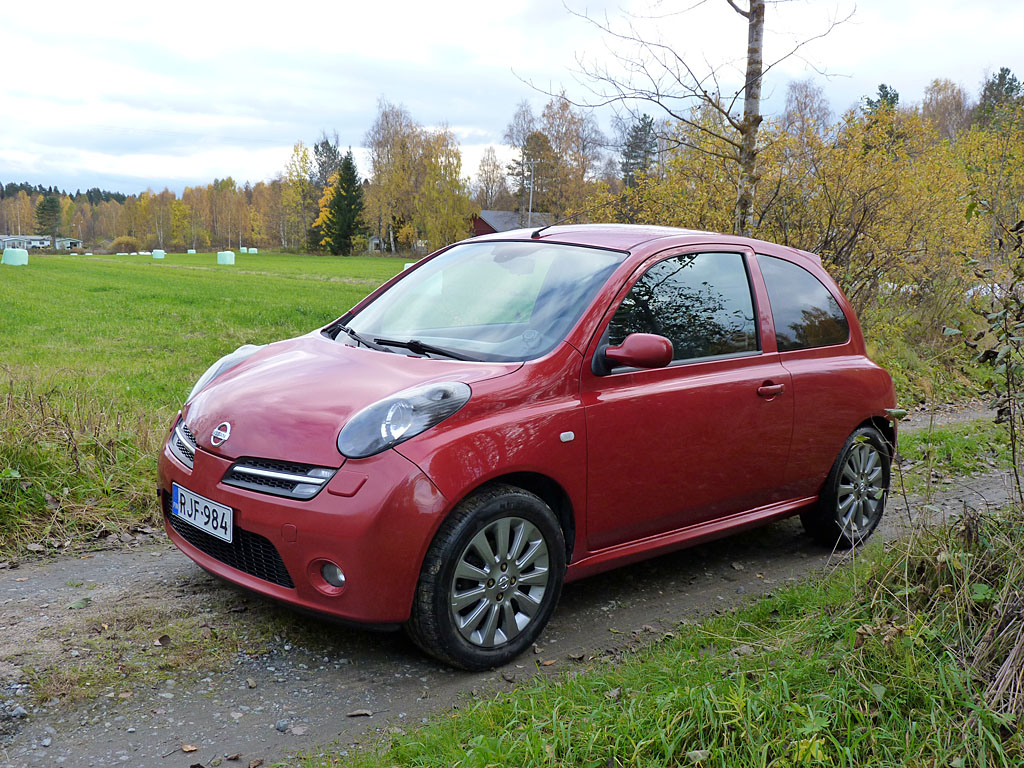 That wasn't enough to fulfill my car buying desires, so I simply couldn't resist the temptation, when this showed up listed in Nettiauto. 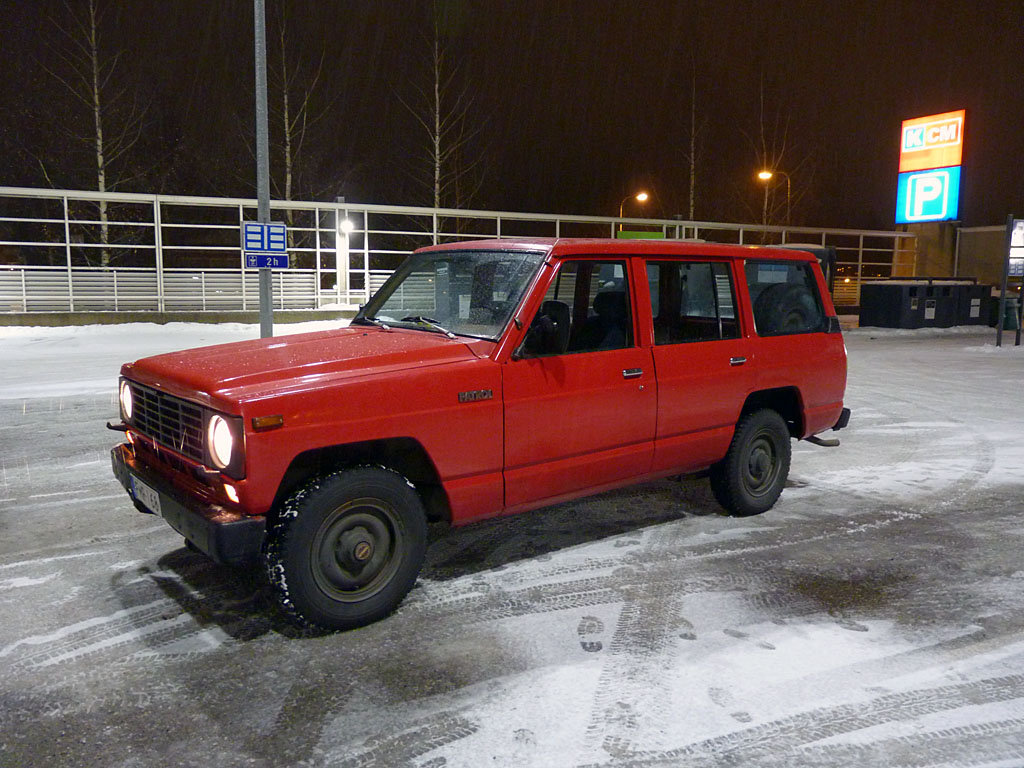 So I bought my own Patrol. This was born in 1982, registered in early 1983. It has been driven a little bit under 313000 km. Initially it was bought by city of Imatra and was sold in the early 2000's. Then it was used to hunt moose for couple of years and was after that left standing for 16 years. Now it had been woken up and re-registered as a two seater van. I got those original seats with me. Maybe I try to tidy this up a bit and make this a historic vehicle, although I might lack some skills. It is repainted in some point, but paint quality isn't anywhere near to be called good. Lets see if it gets better with some work. It isn't perfect, there is some bumps and scratches, but it is still quite nice for an old offroader. 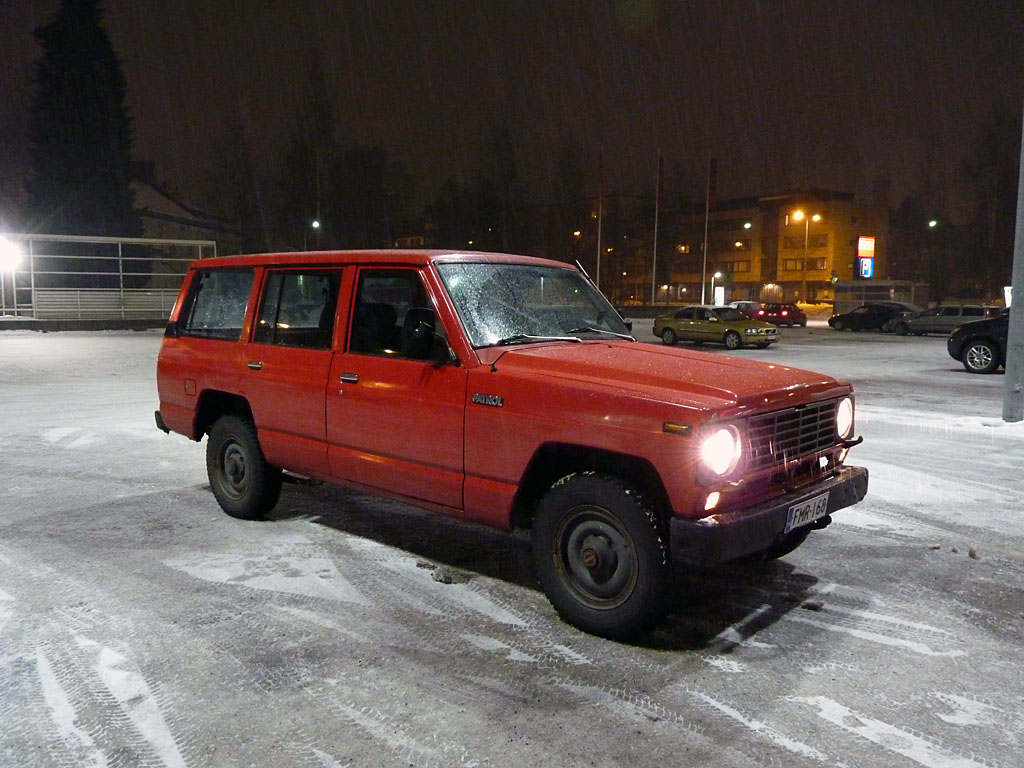 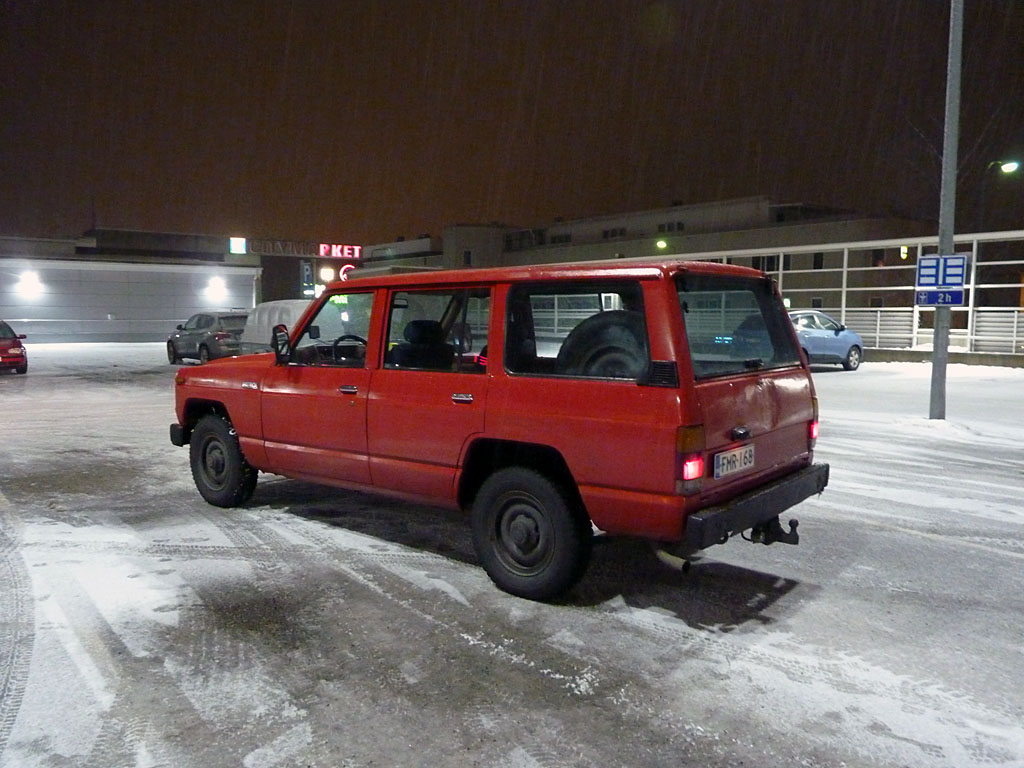 Got to get rid of those EU-plates. 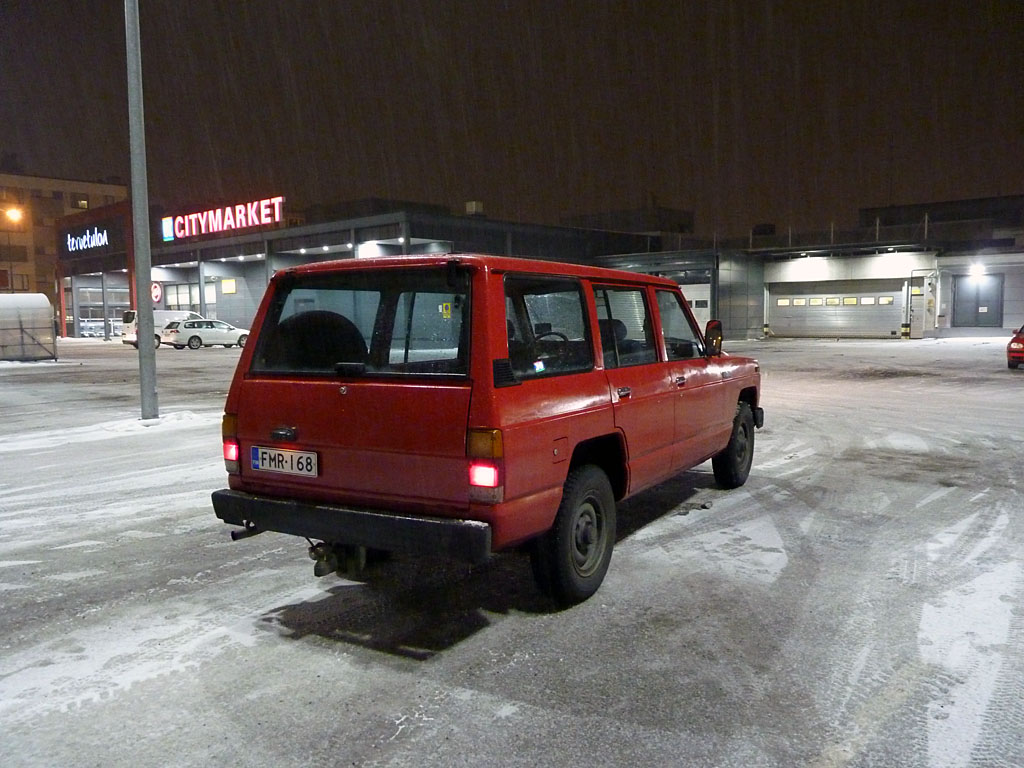 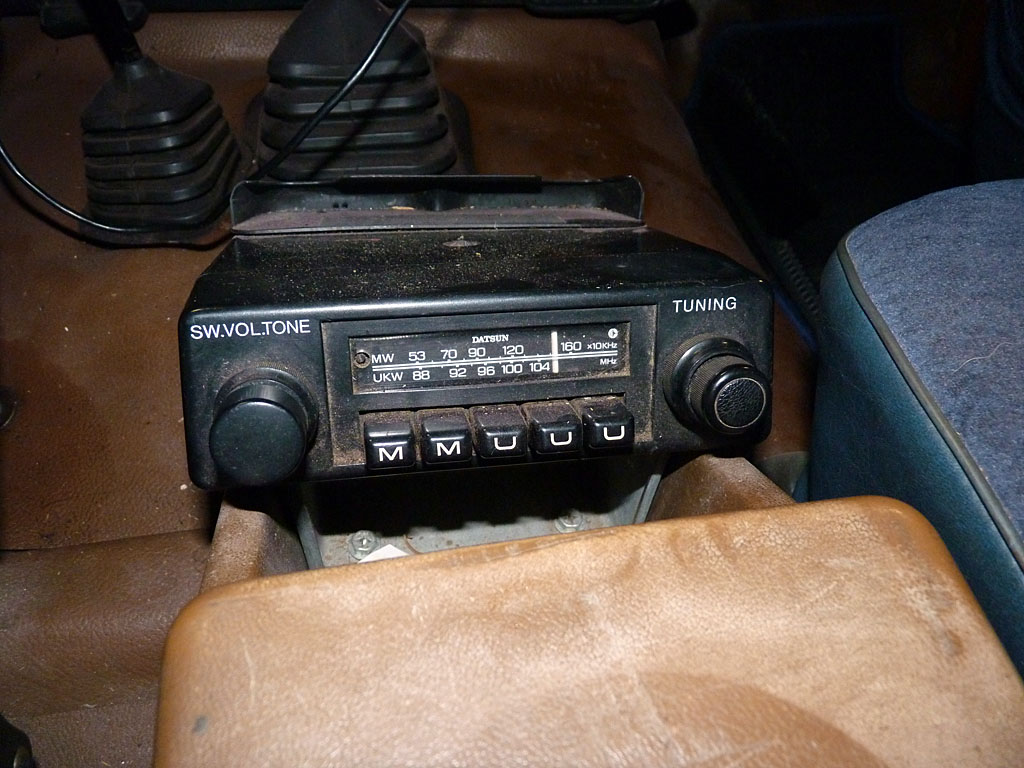 Interior pics and proof of ownership to come after I get it wiped and vacuumed.

Since Photobucket sucks, here is a little reminder of cars I have.

There are this shown above and this... 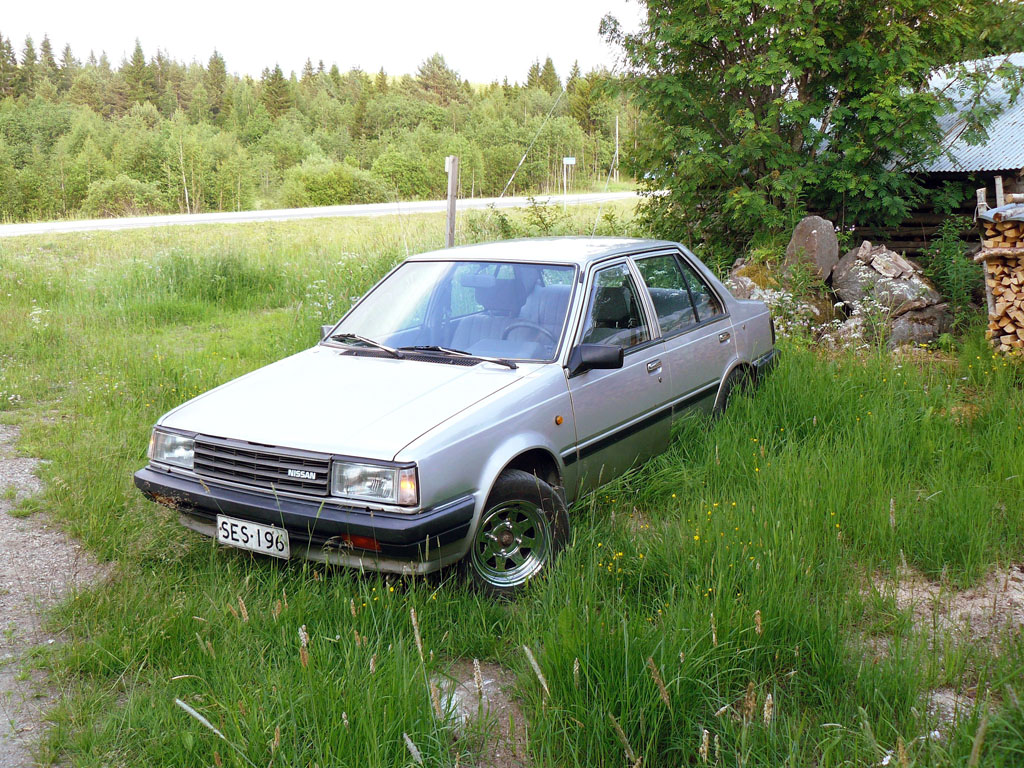 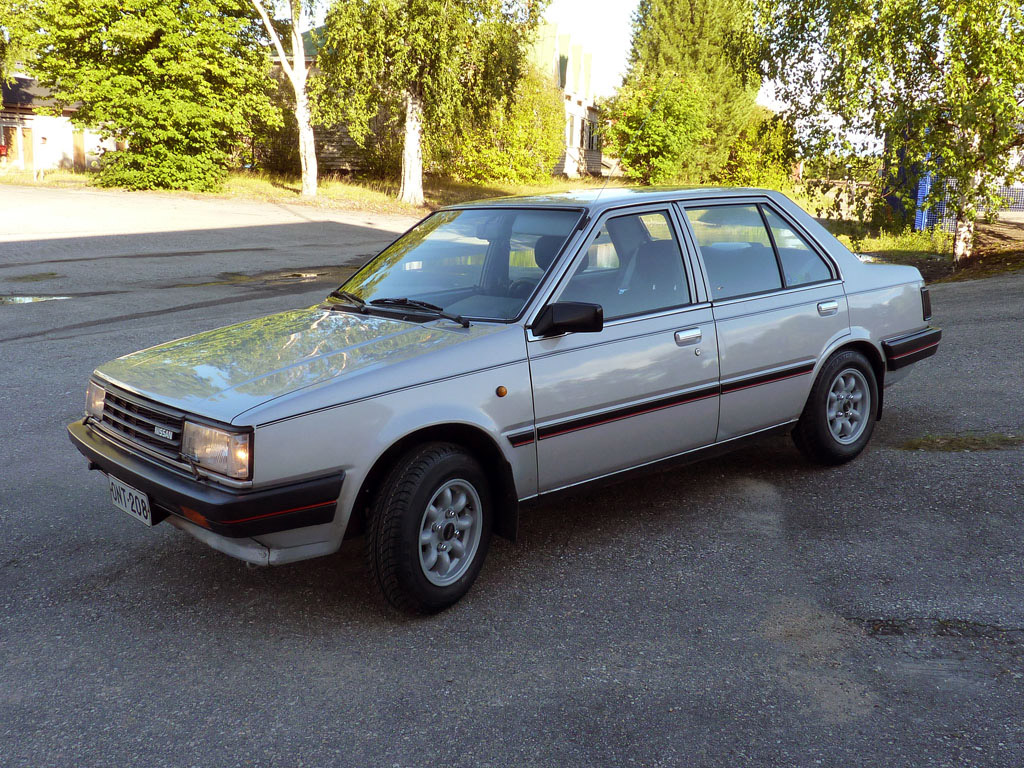 then of course this... 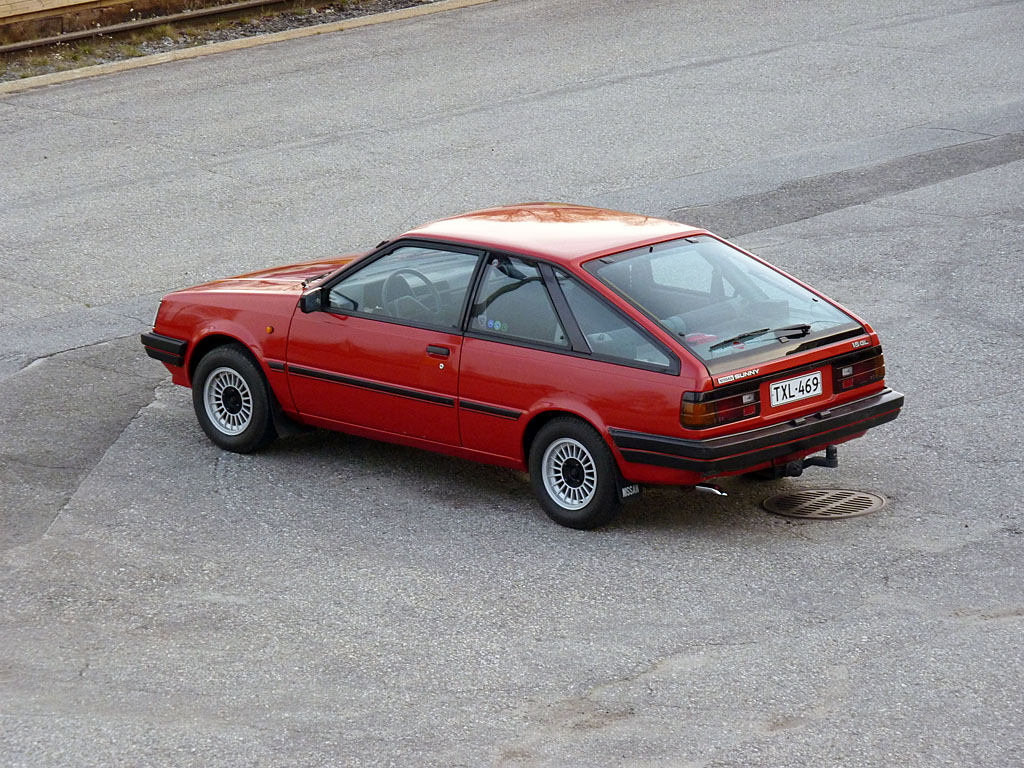 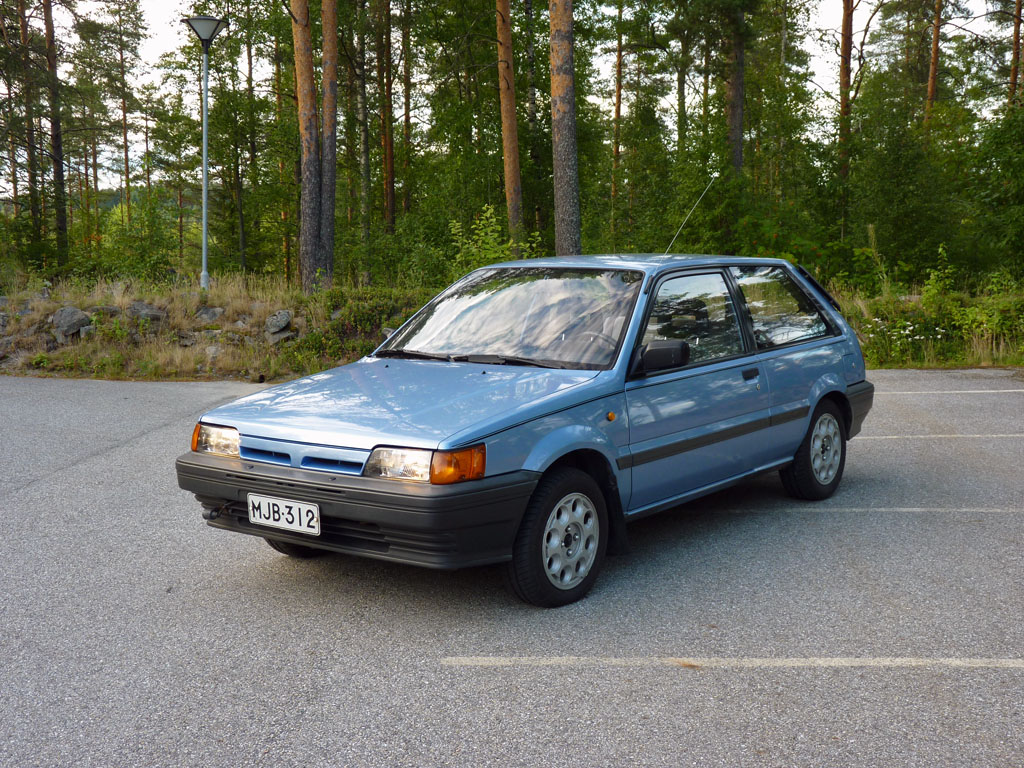 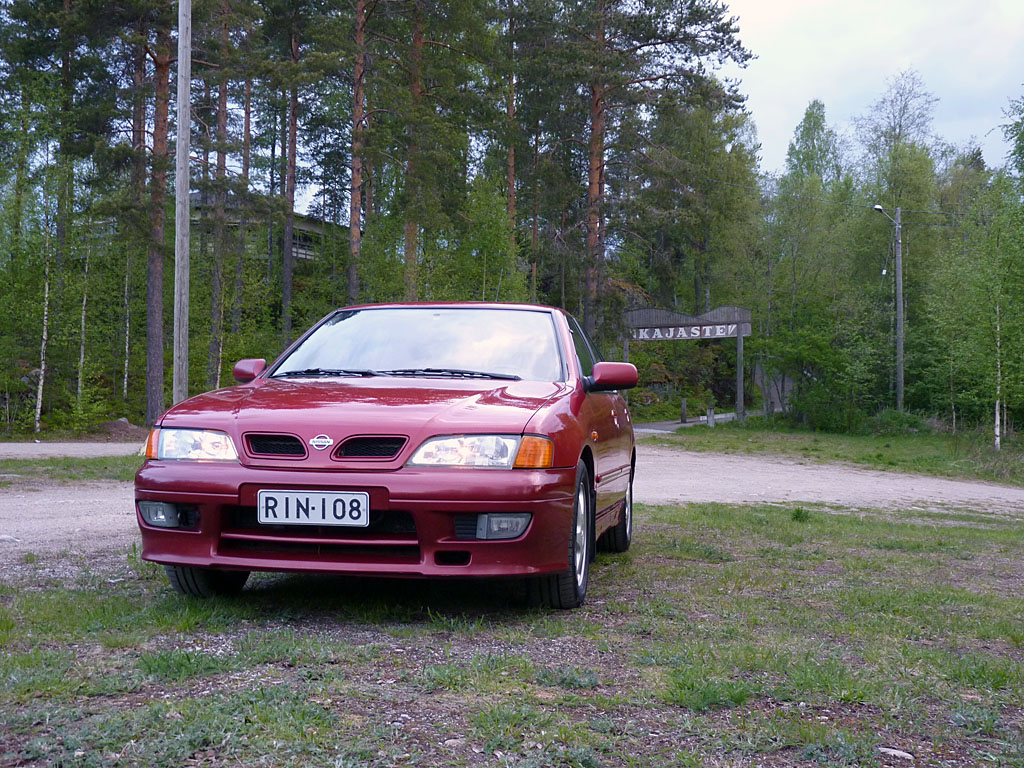 this I owned a couple of hours, then sold to my father. Gave some kind of spark... 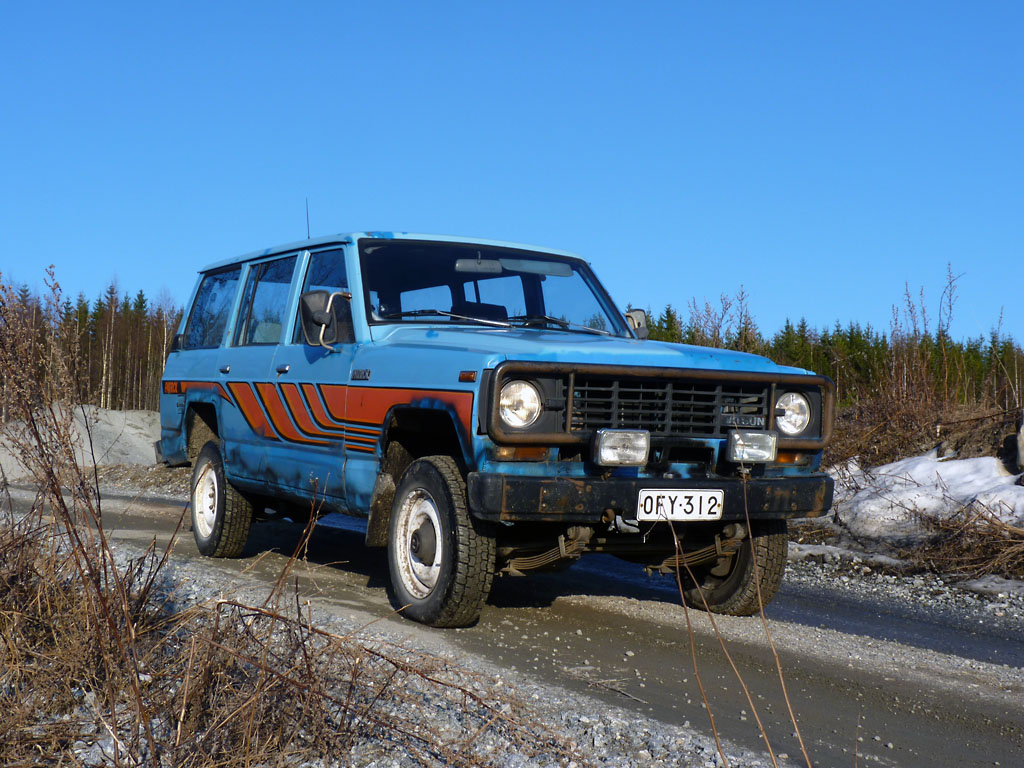 for buying this latest one. 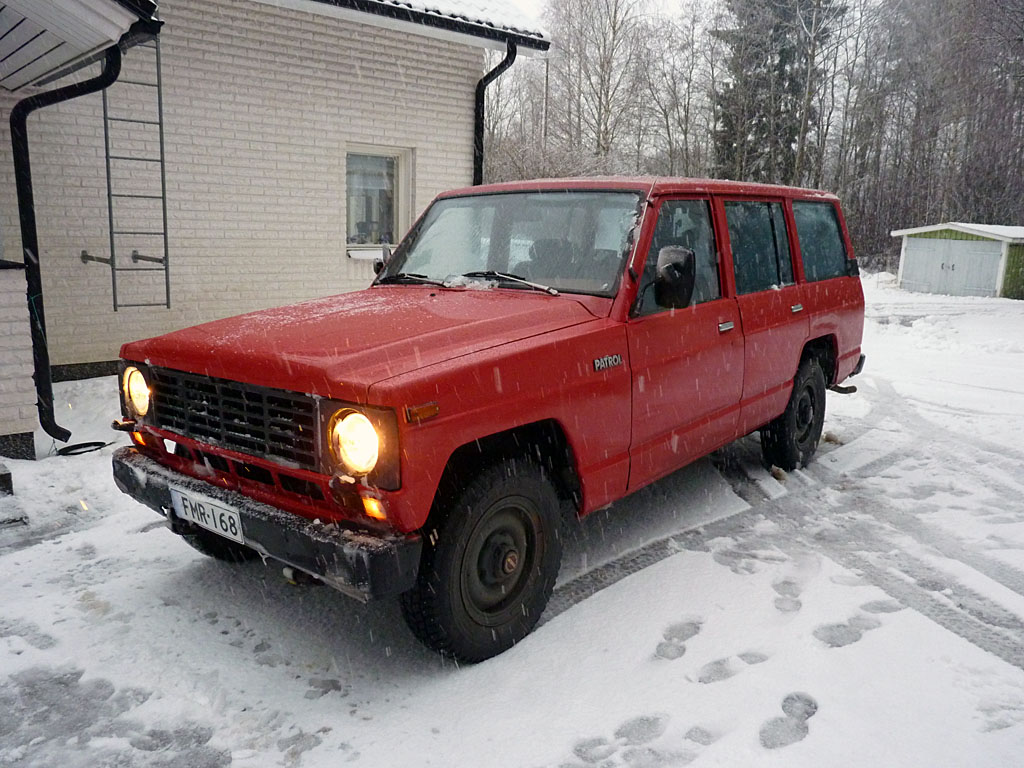