"ROME (AP) — Alex Zanardi, the Italian race car champion who transitioned into a gold medalist Paralympian after losing both of his legs, was seriously injured in a handbike race on Friday.

Zanardi was transported by helicopter to Santa Maria alle Scotte hospital in Siena following a crash near the Tuscan town of Pienza during a national race for Paralympic athletes, police told The Associated Press.
A medical bulletin from the hospital said Zanardi underwent “a delicate neurosurgery operation” due to “severe cranial trauma.”
The surgery lasted about three hours, after which Zanardi was moved to the intensive care unit.
“His condition remains very serious,” the hospital said."

The latest this morning was that he was stable but critical.

Zanardi undergoes second round of brain surgery
Click to expand...

I really hope he gets back to almost normal; around here he is basically a hero. I like to imagine him like those pirates of old, who lost bits and pieces all around the world, but always stuck around. Or a bit like Horatio Nelson, if you will.

In reality, he crashed face-first into a lorry and sustained massive damage to his skull. They won't know the extension of the neurological damage until they'll wake him up, but they can't wake him up because his face and head are too damaged right now. Third surgery this week, and I am sure other will come. He probably risks losing one or both eyes, plus only the doctors know the extension of the damage to his brains.

I really hope he manages to get back to be the fantastic and happy driver, athlete, motivator and inspirator he has always been.
Going fast out of rage, pride or boredom is like buying a ticket to crash.

Sounds more like a "better be dead" situation, to be honest.

It depends mostly on his neurological conditions, and, in case things are bad, on what he thinks of the situation.

To our knowledge, his possibilities are on an infinitely variable and multi-way spectrum between "you spend a year of hospitals and facial surgery but you get away with a pair of glasses and a dental prosthesis" to "minimally conscious state and function", passing through an infinite array of possible losses to his capabilities, from sight to speech to mental ability to coherent movements.

Given what the doctors said and what can be found on-line, he probably had a severe trauma to one or both eyes (as in at least compromising of the eye-socket structural integrity), lower forehead, nose and nasal cavities, upper mouth, plus a very-high probability of an edema in the frontal to lateral areas of his brain.

But he has received life-saving and reconstructive treatment, in which they first of all reduced the swelling, then rebuilt his face bones and eye-socket(s). And more will come.

Problem is: how much of his neurological capabilities are still there (besides what the medic already know it's lost but we don't)? We have no idea. And the doctors are not exactly that much wiser than us, on that.

I really, really dream of seeing him saving basically all of his neurological abilities and getting back to inspiring people after having survived yet another unsurvivable crash. He would become a legend of the kind that people are usually skeptic about.

Realistically, he probably suffered serious damages; whether he can recover is impossible to say: I have personally seen people passing from drooling to almost-normal, or from paralysed to normal, but also people never recovering from some of the damage they had that seemed light.
Going fast out of rage, pride or boredom is like buying a ticket to crash.


Alex Zanardi sees and hears. He does not speak yet, also because he has a hole in his trachea that could soon close, but his brain is recovering its functions.
In an article by Carlo Verdelli, the Corriere della Sera describes the progress in the impossible rehabilitation of the motoring and handbike champion, who emerged alive from an accident that literally cut him in two during a race in Germany in 2001 and now engaged in battle after a terrible road bike accident on June 19th.

From 21 November Alex was transferred to the neurosurgery ward in Padua, close to home.
Click to expand...

Shaking hands on demand. If they ask him to do ok, raise your thumb. Where is Daniela? And he barely turns his head towards her. It is certainly not the summit but at least we are at the foot of climbing, which is already an unexpected result. The “tiger” will take care of the rest, a little at a time, one centimeter after the other, with arms and heart, until the finish line. The next step, which doctors give a lot of importance, will be to be able to stick out the tongue. We won’t see it, they won’t tell us. But when it happens, because it will happen, it will seem like a mockery to the cruel god who from Olympus has so much targeted the pilot son of a seamstress and a plumber.
Click to expand...

Going fast out of rage, pride or boredom is like buying a ticket to crash.

Said to be doing better. 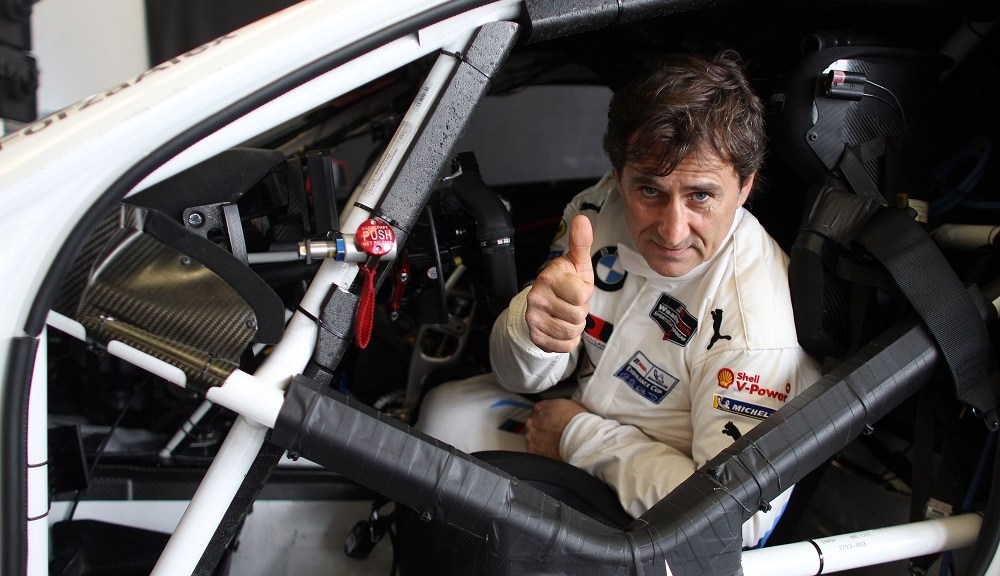 A new documentary titled “Alex Zanardi — Disability is all Relative” is about to make its debut on Amazon Prime. Filmed across 2018-19 in partnership with BMW, the 50-minute film …

Alessandro Zanardi: The recovery process of a real fighter.