Well seeing that my project has a deadline on Friday which will cause mayhem, tears and grown men shouting at each other, I am very happy for any excuse to fuck off early.

So yeah, can do. Only problem is, nice cool places are all in Munich central, which will be a huge waste of time, money and make you all go mad trying to find a parking spot . We could meet in Garching for either Greek, Italian or D?ner? It's close to the highways you need.

I'm down for any of the three We'll be coming from the A9. I was originally in favor of the A5-A7-Grenztunnel F?ssen route (it is a fair bit shorter), but lunch meetup in Munich sounds good to me as well. I'd wager on 15:00-15:30 arrival time, based on my experiences driving the FRA-MUC route.

I don't think I've ever been to a Greek restaurant, so if that's a good spot I'll vote for that, since everyone else is in whatever mode. And my arrival time has lived on a bit. I should be landing at around 10 and be ready to be picked up around 10.30. At some point that just turned to 10.30->11.00. So we should make it to to Munich in planned time.

Well, problem . All restaurants close sometime around 2:30pm and don't reopen till 5pm. The only place that's open is a steakhouse/burger place in Garching.
I suggest doing a tiny detour and having greek food here: http://www.poseidon-oberschleissheim.de/

works for me, let's do it! i guess we'll keep you updated of estimated arrival times throughout the day

I have arrived at my hotel, see you tomorrow.

We have arrived as well. All seems fine so far, see you tomorrow.

Alpine meet crew checking in!
We had a long day of successful skiing. Weather was ok-ish, could've been way worse. Nobody got killed or injured, so we'll consider that a success. Tomorrow, there will be an attempt at going through all the Dolomiti Superski doing the Sellaronda. Our airbnb host told us that should take us 4-5 hours, plus an additional hour we added ourselves because we want to start in a certain place.

I hope lip is enjoying the wellness offerings of his hotel... nobody is jealous in any way, I am sure!

Anyhoo, we'll come back with some pics and/or video or something some time soon.

eizbaer said:
I hope lip is enjoying the wellness offerings of his hotel... nobody is jealous in any way, I am sure!
Click to expand...

Anyway, as mentioned in a PM to Mikko, please take a look at Google Maps to see where the Hotel Maria in Moeno actually is, since my GPS was misleading me yesterday quite a bit while I was searching for it just by the adress.

The Audi is parked with the back right towards the main road. I will wait next to the car at 0845.

We should be able to find that, I guess. See you tomorrow! last night at random pizzeria, we bumped into our airbnb host and a friend of his. He had to take this picture for his wall of airbnb friends

eizbaer said:
last night at random pizzeria, we bumped into our airbnb host and a friend of his.
Click to expand...

Before anyone thinks "wow, lip got really old", I'd like to inform that I'm not on that picture.


eizbaer said:
...He had to take this picture for his wall of airbnb friends
Click to expand...

There you go, catched him in the act. :lol:

Anyway, I'm safely back home. It was quite a good ski weekend, weather wasn't the best, but as heard many times during the last three days: "Could have been worse".
And I also learned an important fact: You don't need a beach to beach your car. :lol:

Yay, at least you made it home safely. It seems Olex is still stuck some 250km from home behind some massive truck accident and hasn't been moving for the last two hours or so

We found our second pleace near S?lden perfectly alright and while it's a little out of the way it should be perfectly fine. It's also massive and could've housed 6 people easily.

Yeah, my ride home was fun. Arrived safely now. Total trip distance from Fontanazzo: 703km, drive time according to the car: 9h 17m. Of those, at least 2h were standing still with the engine idling for warmth.

When I left Innsbruck after lunch, there was some rain on the Austrian highways. That was fine. As I drove nearer the Fernpass and Grenztunnel F?ssen, that gradually turned into snowfall, which was still alright. However, on the other side of the tunnel in Germany, things were bad... heavy snowfall that must've started very recently, no snow ploughs have gone over the Autobahn yet, and temperatures around the freezing point. Top speed of ~80-90, doing any more felt plain unsafe with the limited visibility and extremely slippery surface. Went like that for ~200km or so, and then hit a huge jam on the A8. Apparently there was a large truck accident in a roadworks area. Stood still for nearly 2,5 hours, burning through LTE data watching Youtube (yay last day of the month).

Once things got moving again, got to the next service station and ate some dinner - that was at about 10-10:30 pm. Kinda surreal being nearly alone in a huge service station restaraunt - I guess the combination of late time and barely any movement on the Autobahn (thanks to the jam in both directions) makes for few customers.

Anyway, while the trip home took a bit longer than expected, I'm still happy with the whole thing! Skiing was good in Italy, and I guess I really needed to get out of the daily grind for some time, so that worked Hope you guys have fun for the rest of your stay. And get those pictures uploaded!

Picture time! I have some pictures from my phone I can share...

View from our apartment on sunday morning: The weather in the dolomites wasn't all that great while we were there (with bonus shot of lip): Some nice views some times anyway... have a horrible instagram filter: Anyway, Mikko and I made it to S?lden (or Umhausen, to be correct) fine and have a lovely apartment that would have hosted six people no problem!
Today started out with crappy weather as well, lots of snow and fog and things... but it turned out very nice! Even some sunshine while still providing mostly excellent snow! A hint of sunshine... That's it for now... lip will probably tell the tale of our monday-adventure

quoted my post over there to keep it all together.

Meanwhile, still on the slopes, things are progressing as well as usual. :lol: 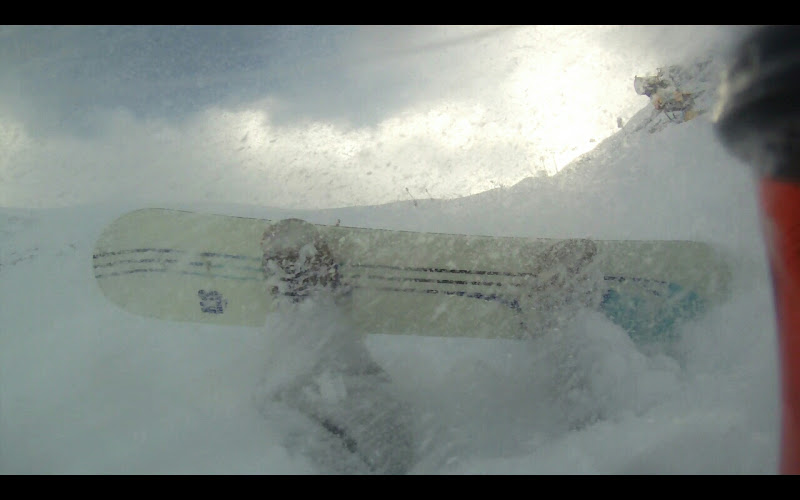