That looks like it's supposed to have an O-ring on the short leg of the L.

Probably. That is my guess as well. But by time eating it away or someone leaving it out before it came to me - it's not there. I'll try to find one that fits tomorrow.

Just about ready. I still need to adjust the brake switch and put my bags on. Then we're good to go

Wow. I got through an more than a year without anything breaking! 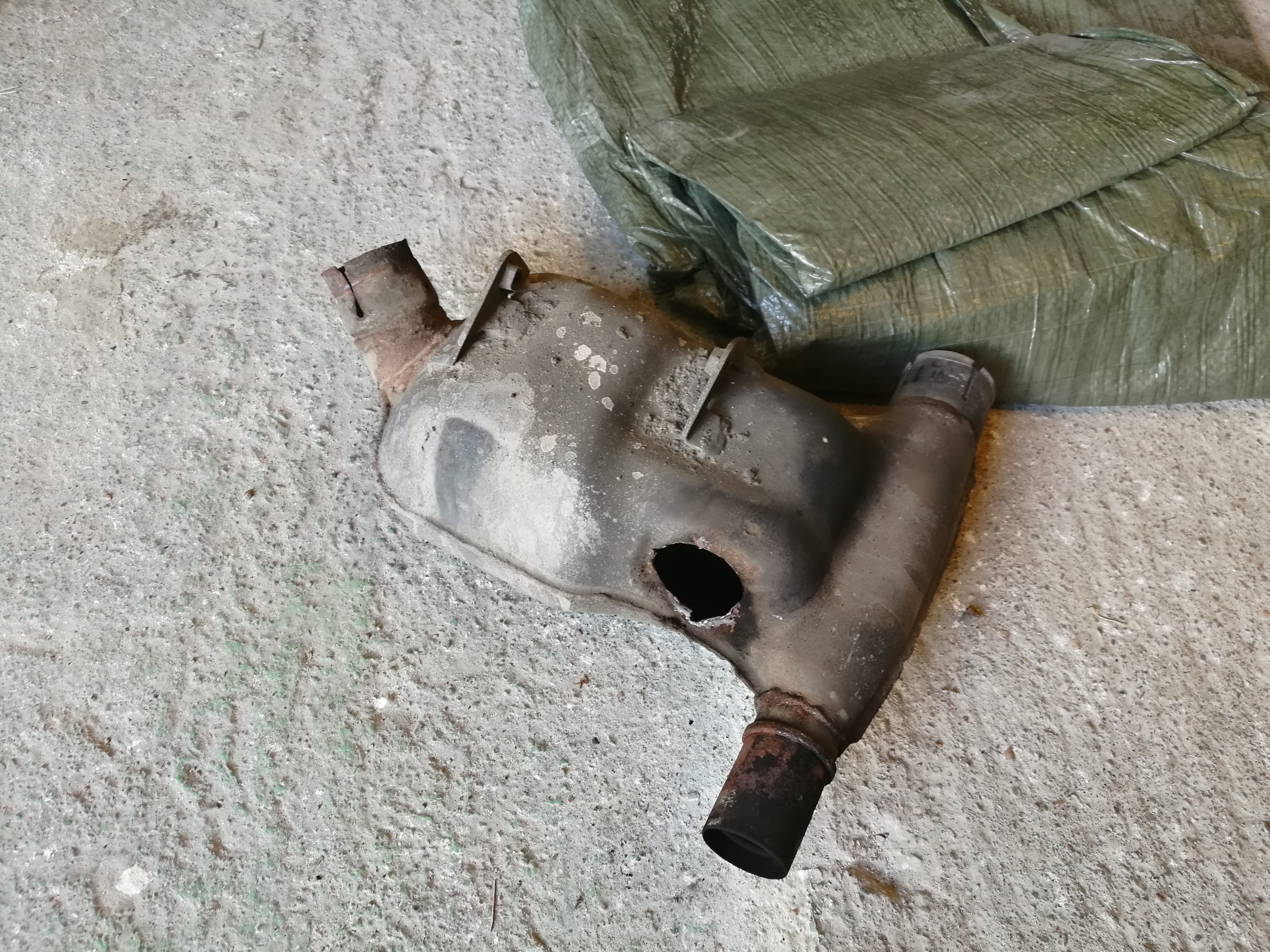 I made straight pipes. Because why not. Surprisingly subtle even now. Some minor tweaking and I'm happy with the new setup. Then later on I'll make it out of something better.

Here's how they turned out. I'll probably still fiddle around with the lengths and hangers. Time for a clutch job!

The clutch has never been the best on this thing. Taking it a part in addition to plates past their prime I found it had been assembled the wrong way that according to some cause clutch slip.
Consulting the manual and redid it the right way with new parts all round. Not a lot of detailed pics or pics of the things I found done wrong. 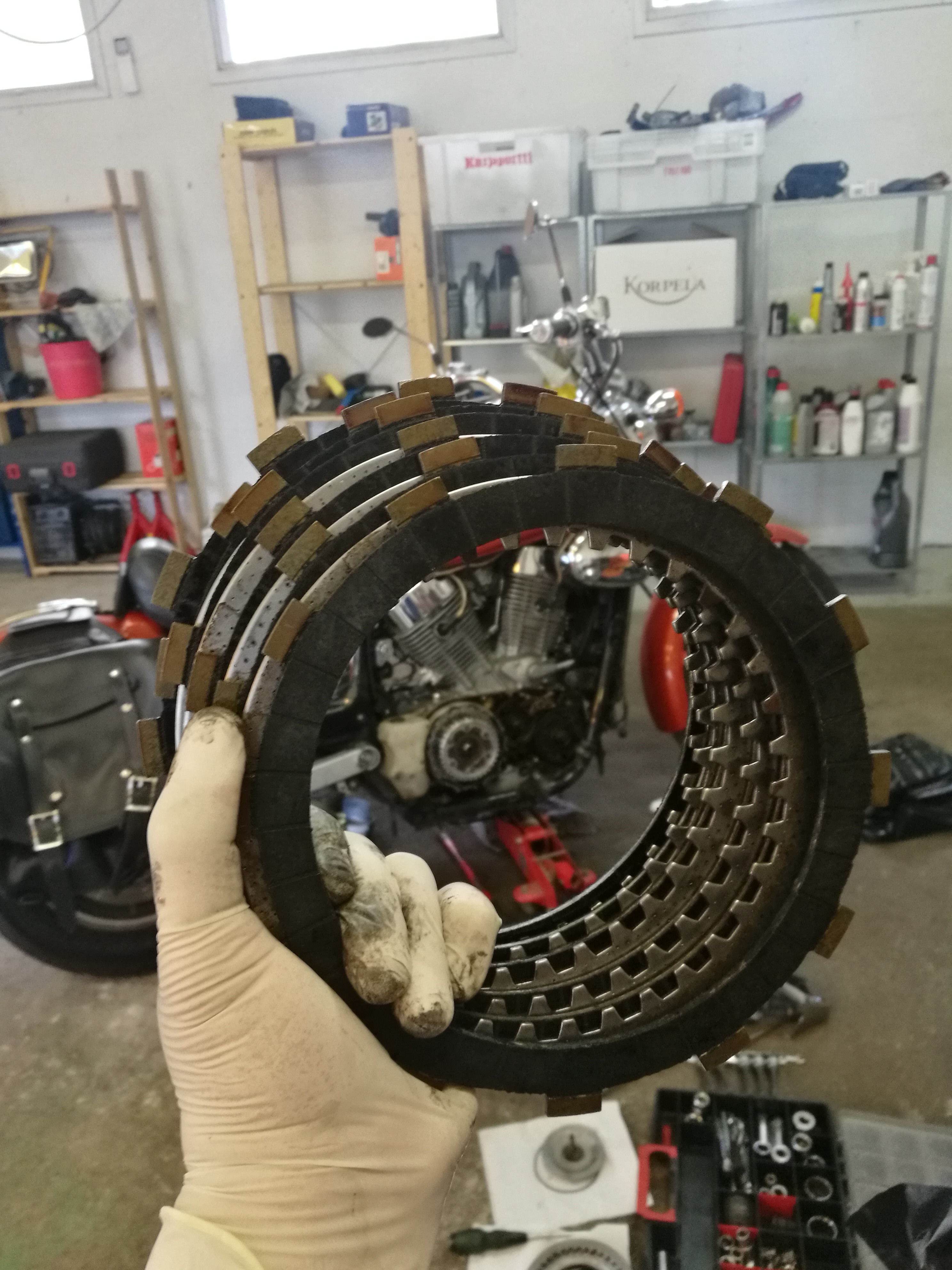 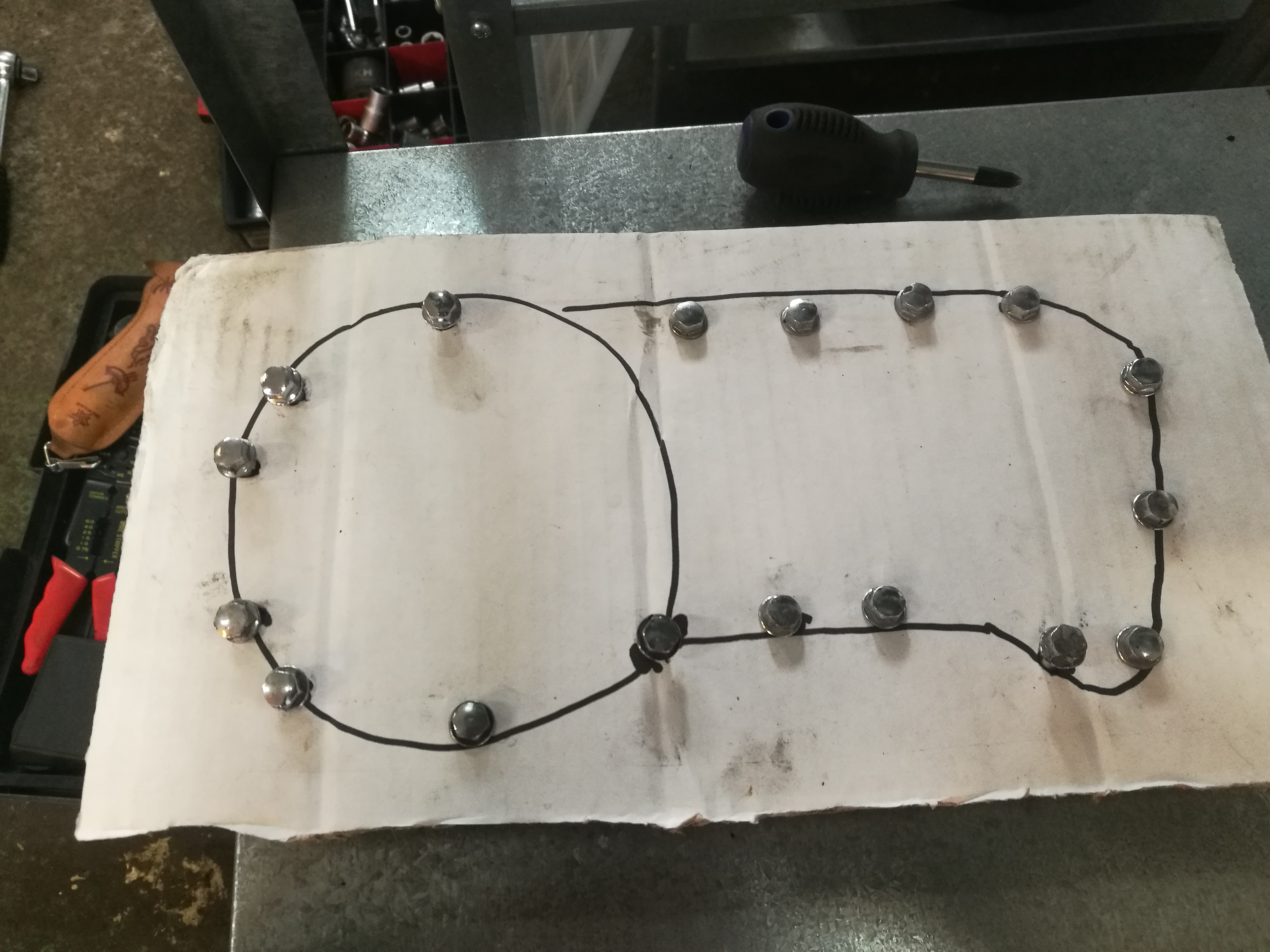 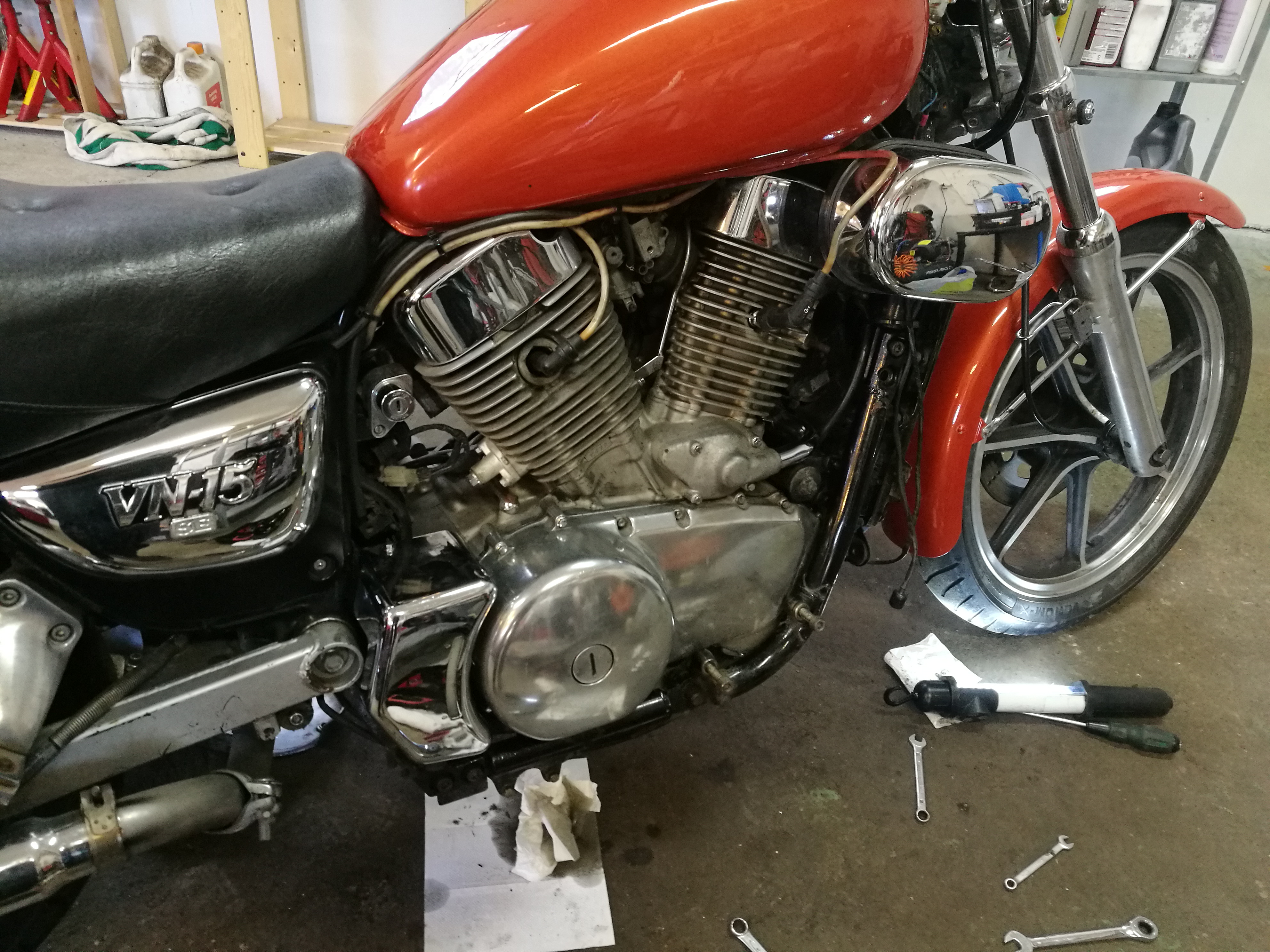 Back together. It looks like it but the bag is not sitting on the exhaust. It's just sagging and open. 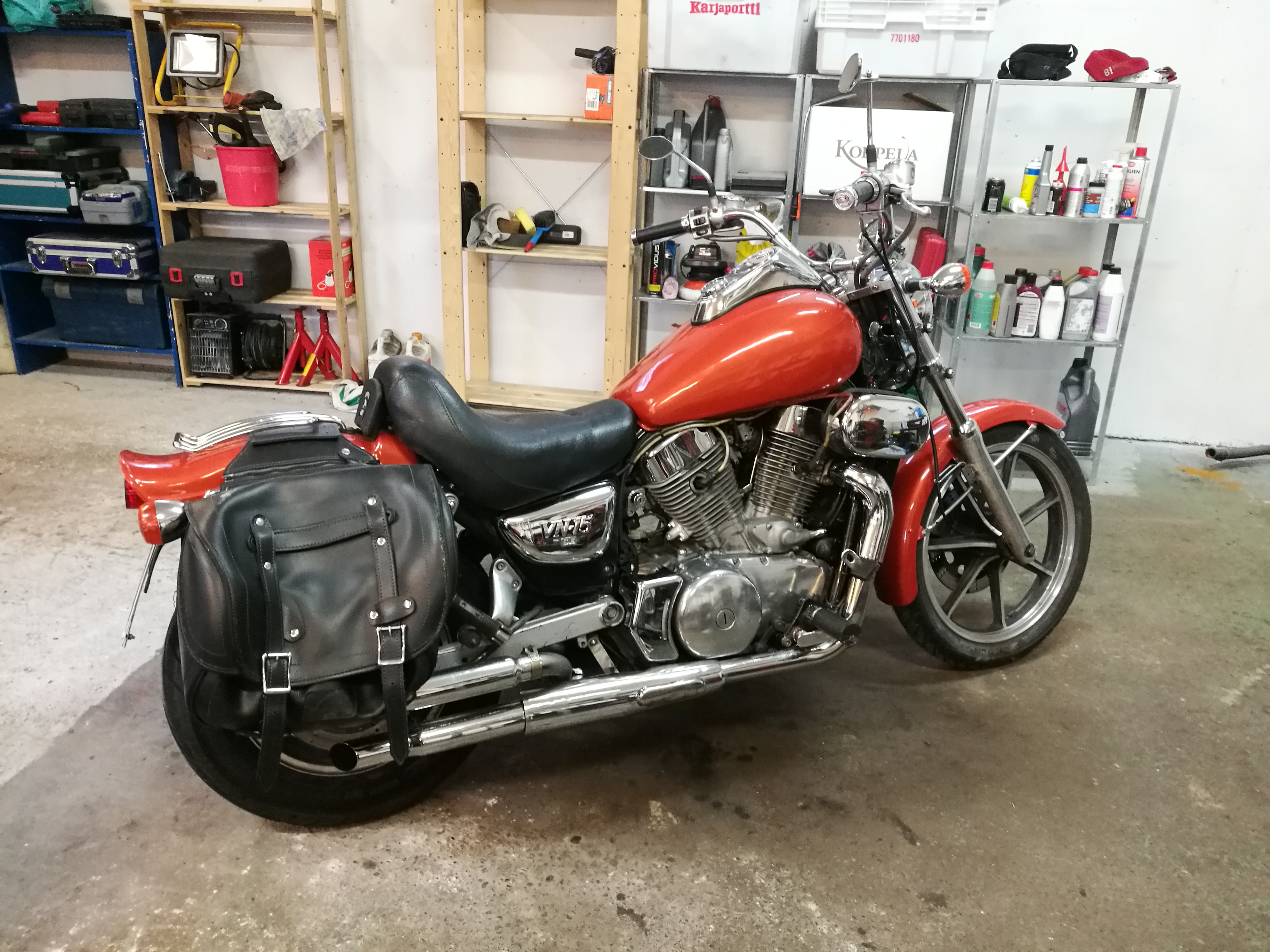 While I had the oil out I took the chance to check the left side of the engine as well since it had developed a leak.

Taking off the first cover the signs were obvious underneath. 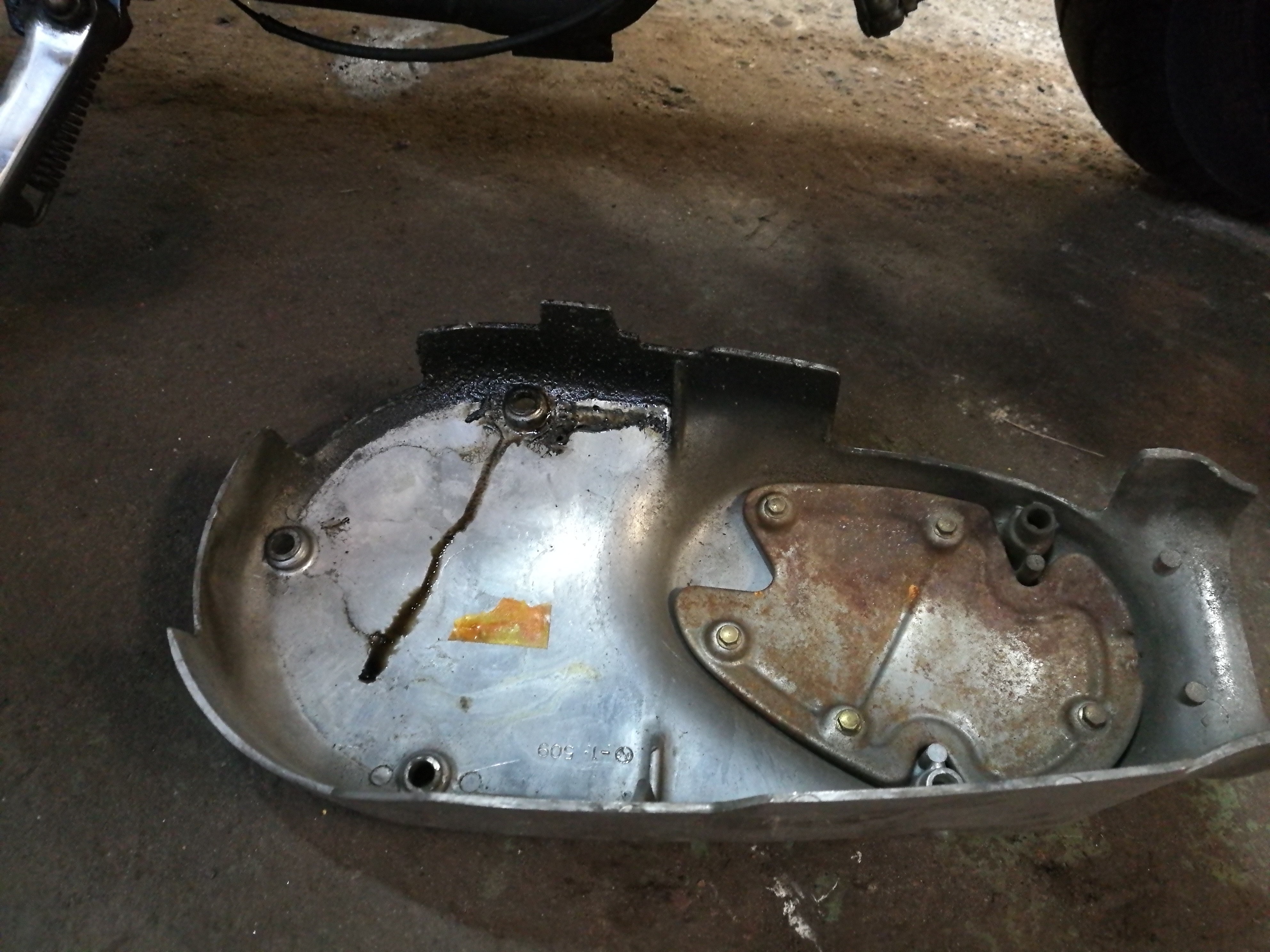 The second cover seems to have been the reason. The one beneath seems to be good. We'll see. I didn't want to take the part of the frame out to get to the bigger one. It looked ok. 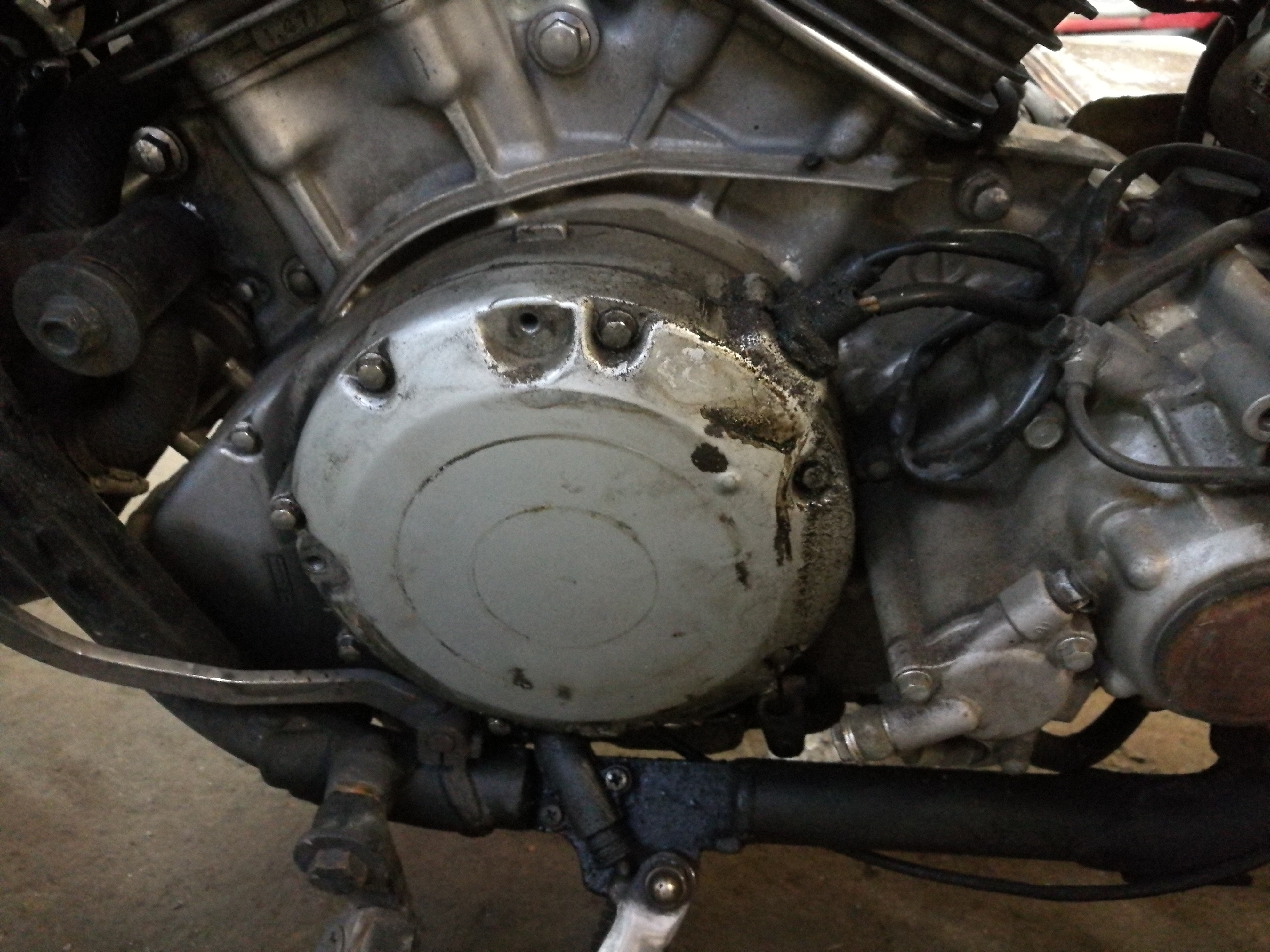 There were reminants of a paper seal and some sealant glue. It was leaking from numerous spots. 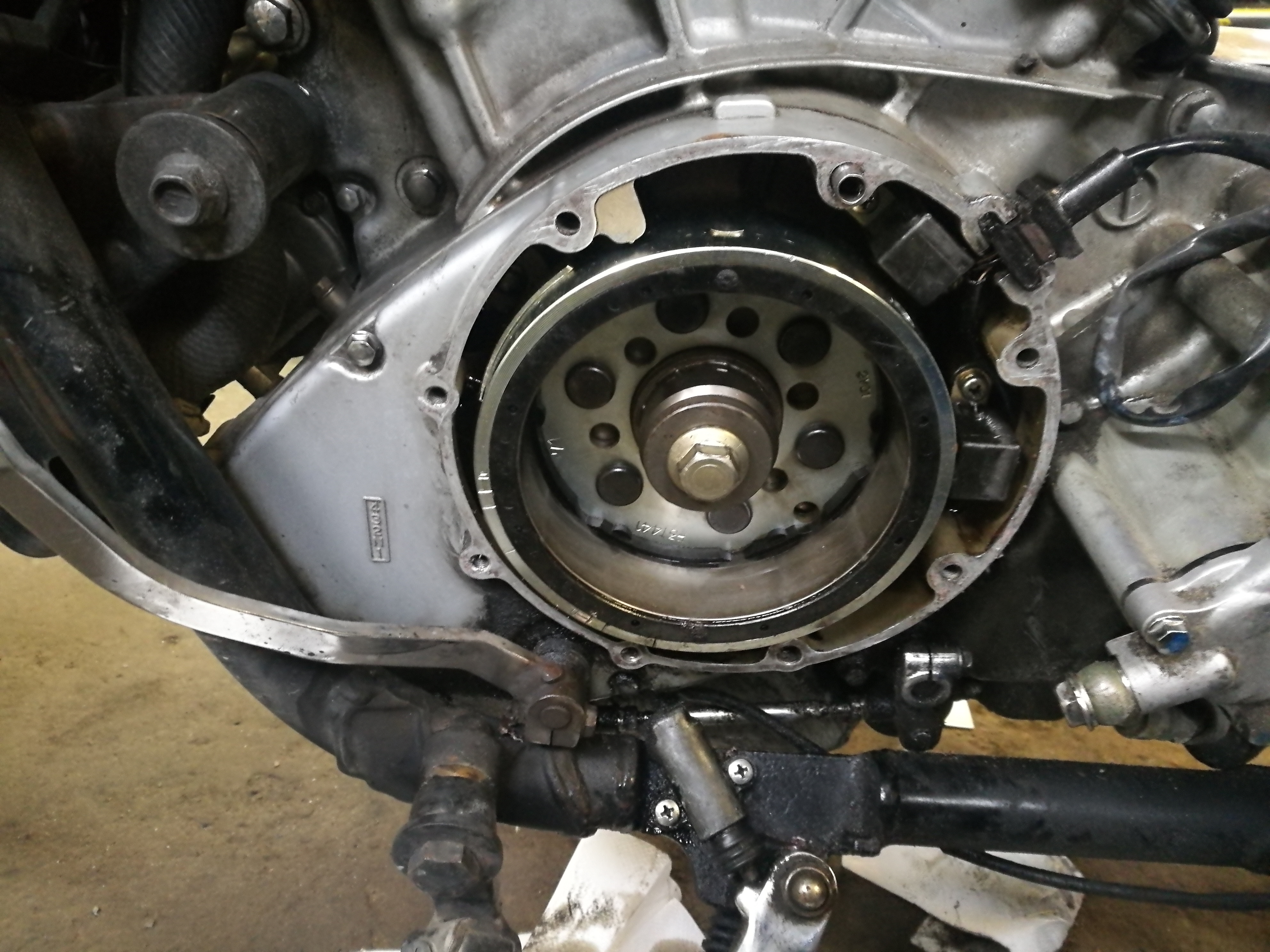 Sealed up, cleaned up and covered up. 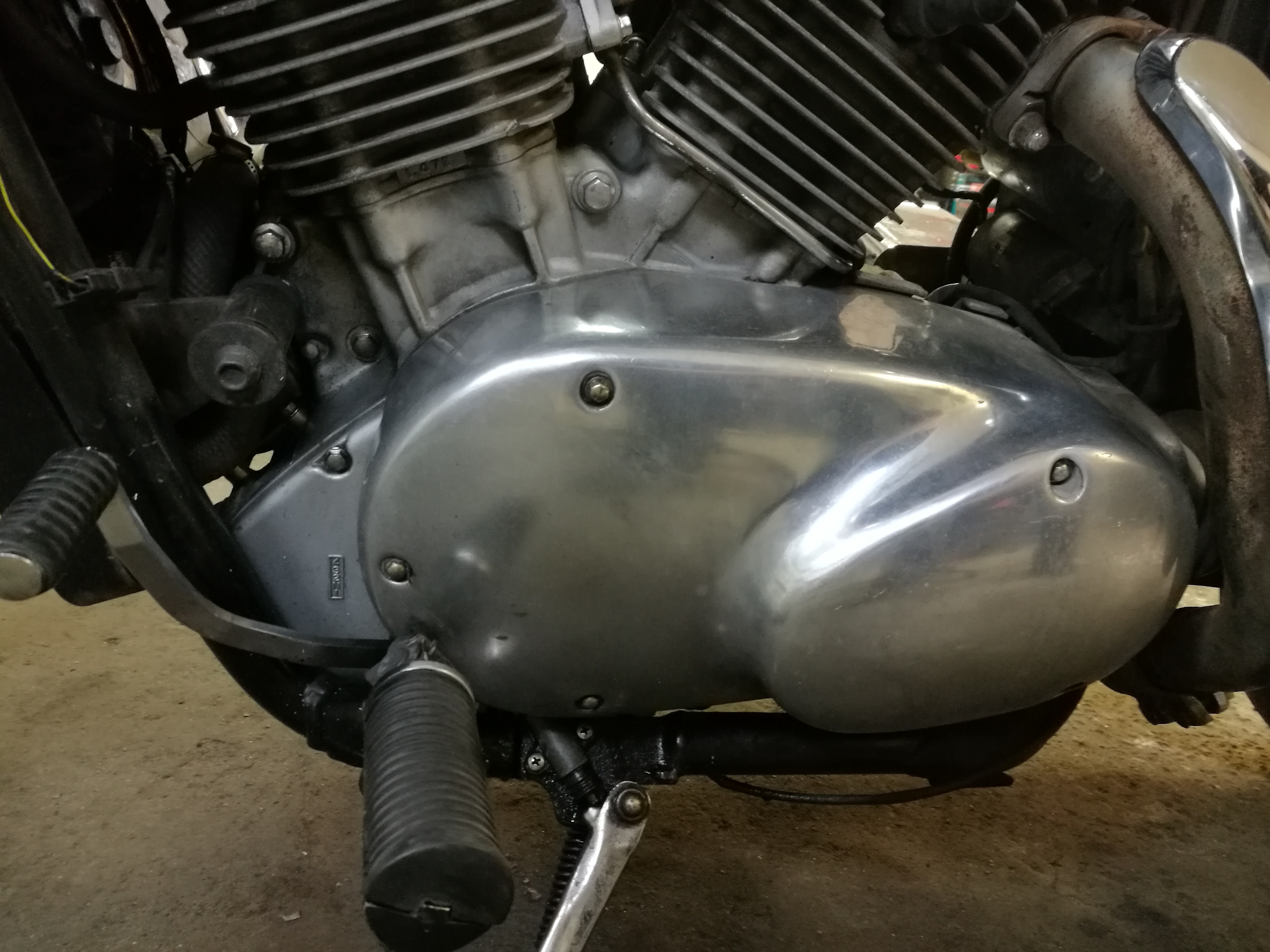 Well sort of an update on the clutch thing.

It had a piece missing. That caused the new clutch not to grab properly. The PO had apparently lost a a part. Somehow he managed to put it together wrong so that it would somewhat work...until the plates were too worn. That part was not mentioned in any catalog or diagram. I ended up taking it a part and putting back together a bout 5 or 6 times before I cut my losses, swallowed my pride and rode it down the street to a friend/customer trough work and asked him to take a look. He noticed right away what was missing and I gave him the green light to order it for me(and put it back together since I didn't have a 7th time in me )

One and a half months later that one little piece, a new clutch spring and a couple of hundred euros later it's working right. For the first time ever.

Short clip of it idling with the new(as mentioned above) exhaust yesterday on my way home.

Last year I had the DIY upper exhaust bent out of a single pipe by the same company who did my car exhaust. Way better when it's all in one piece. I still need to do the lower one out of the same material(it's still cheap pipe). I also added a brace between the two pipes so that it would stay still even in the roughest of roads. I found some roads in Latvia that started to twist the upper pipe upwards. 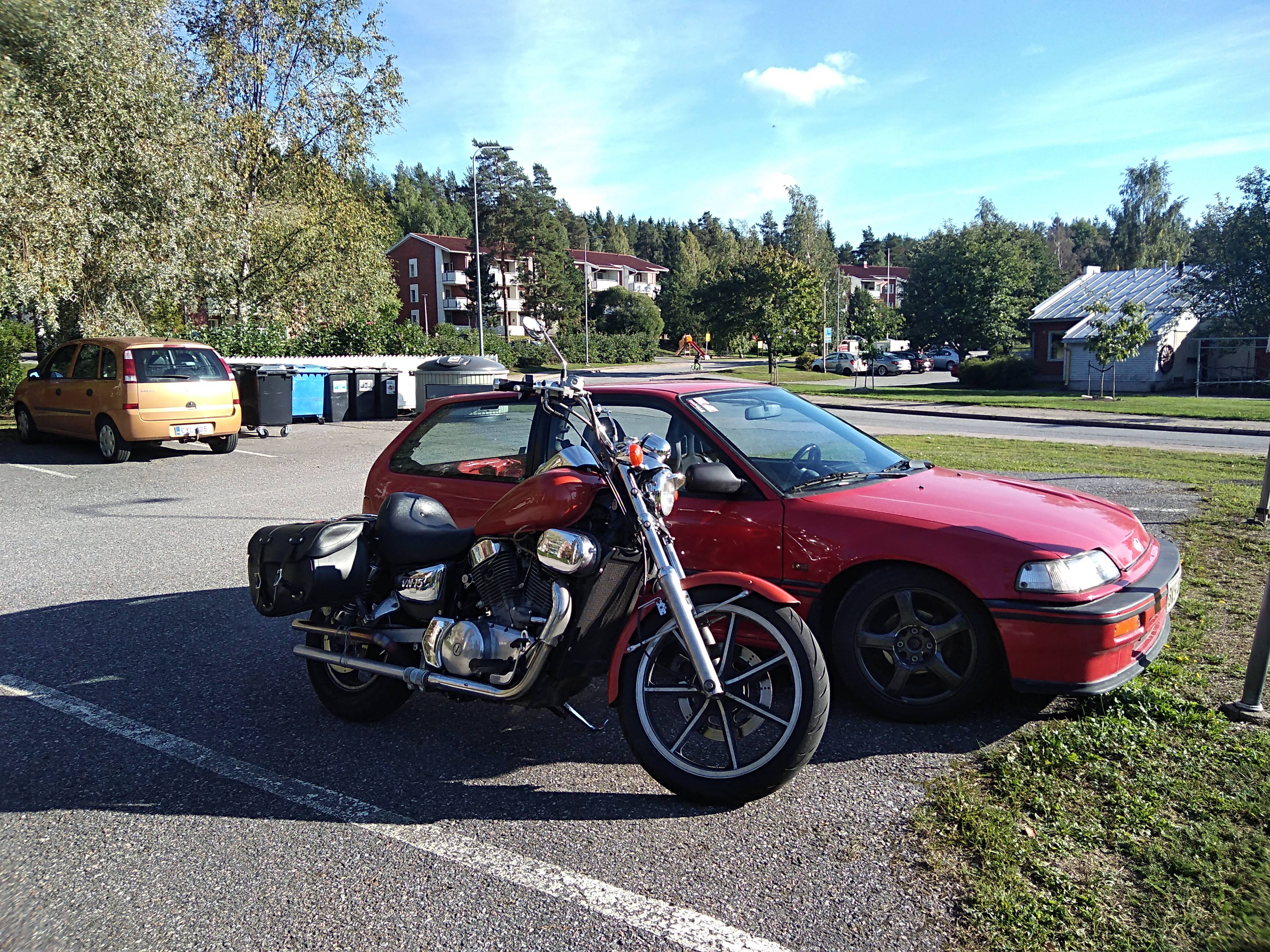 Since nothing was broken for winter 18-19 I had to modify it! I didn't like the gauge, warning light and turn light cluster so it had to go. 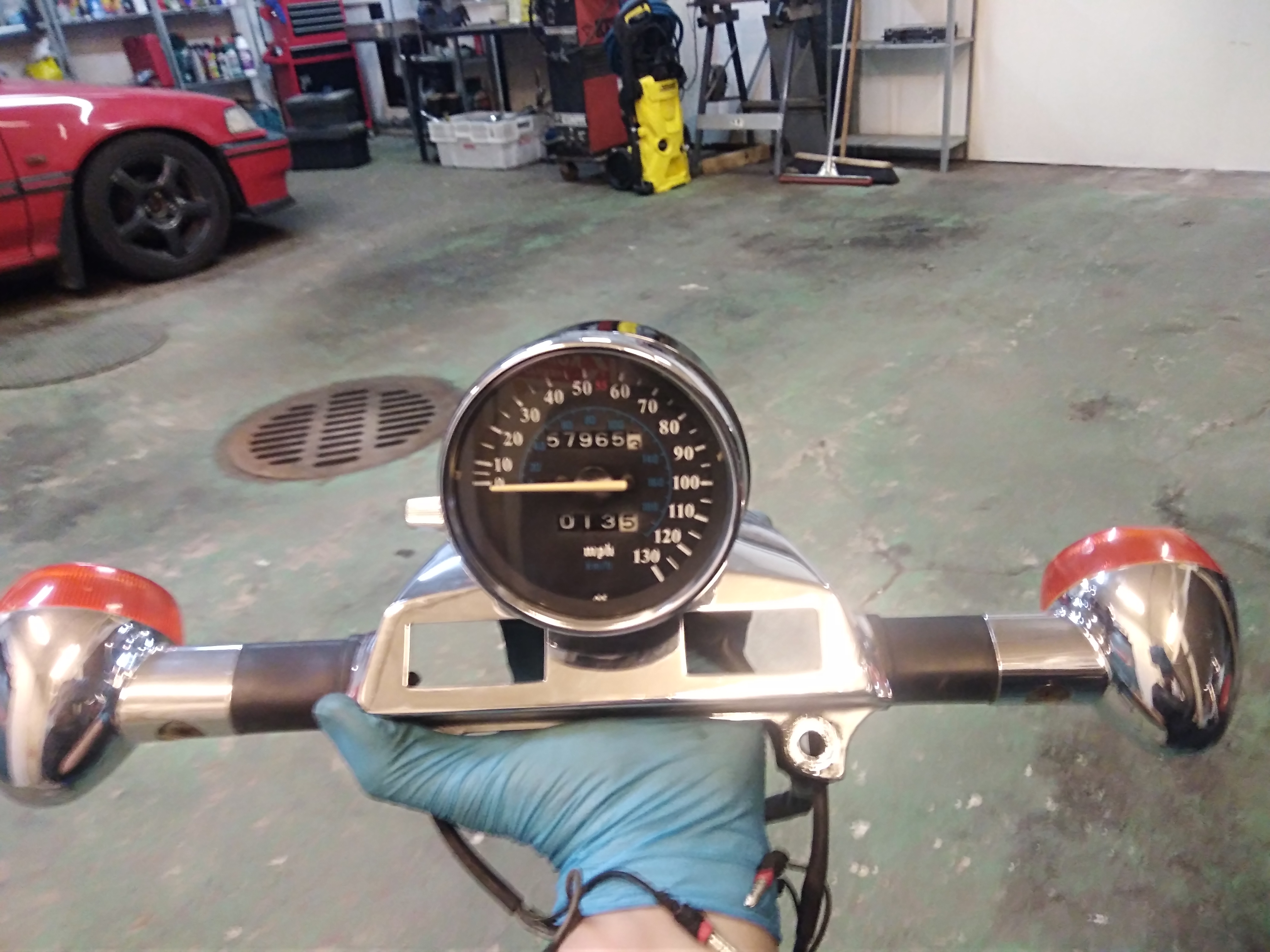 So I was left with a hole that had to be covered. So with some CAD design in the "project binky" way a cover was drawn up and after some modifications done in sheet steel. 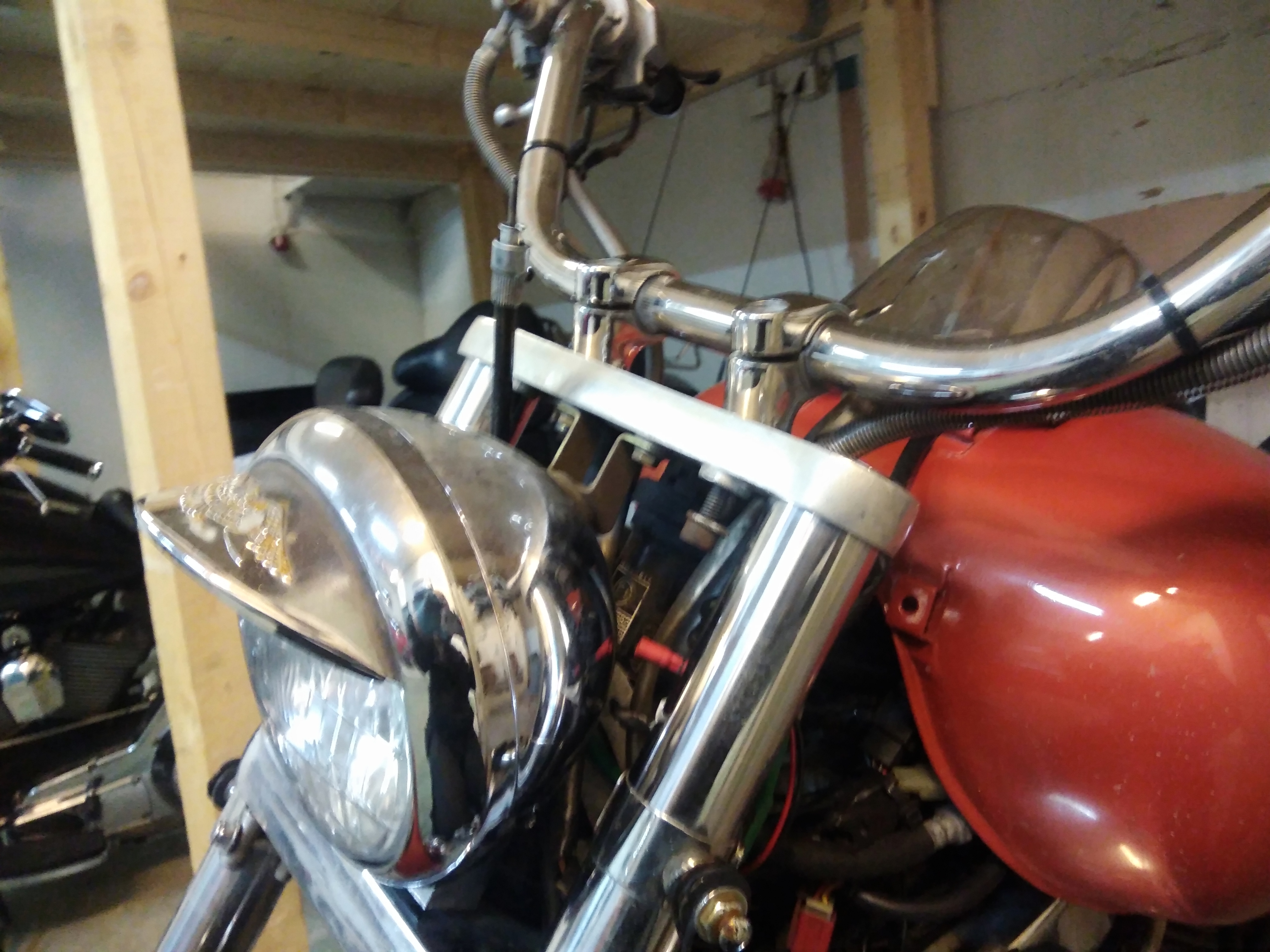 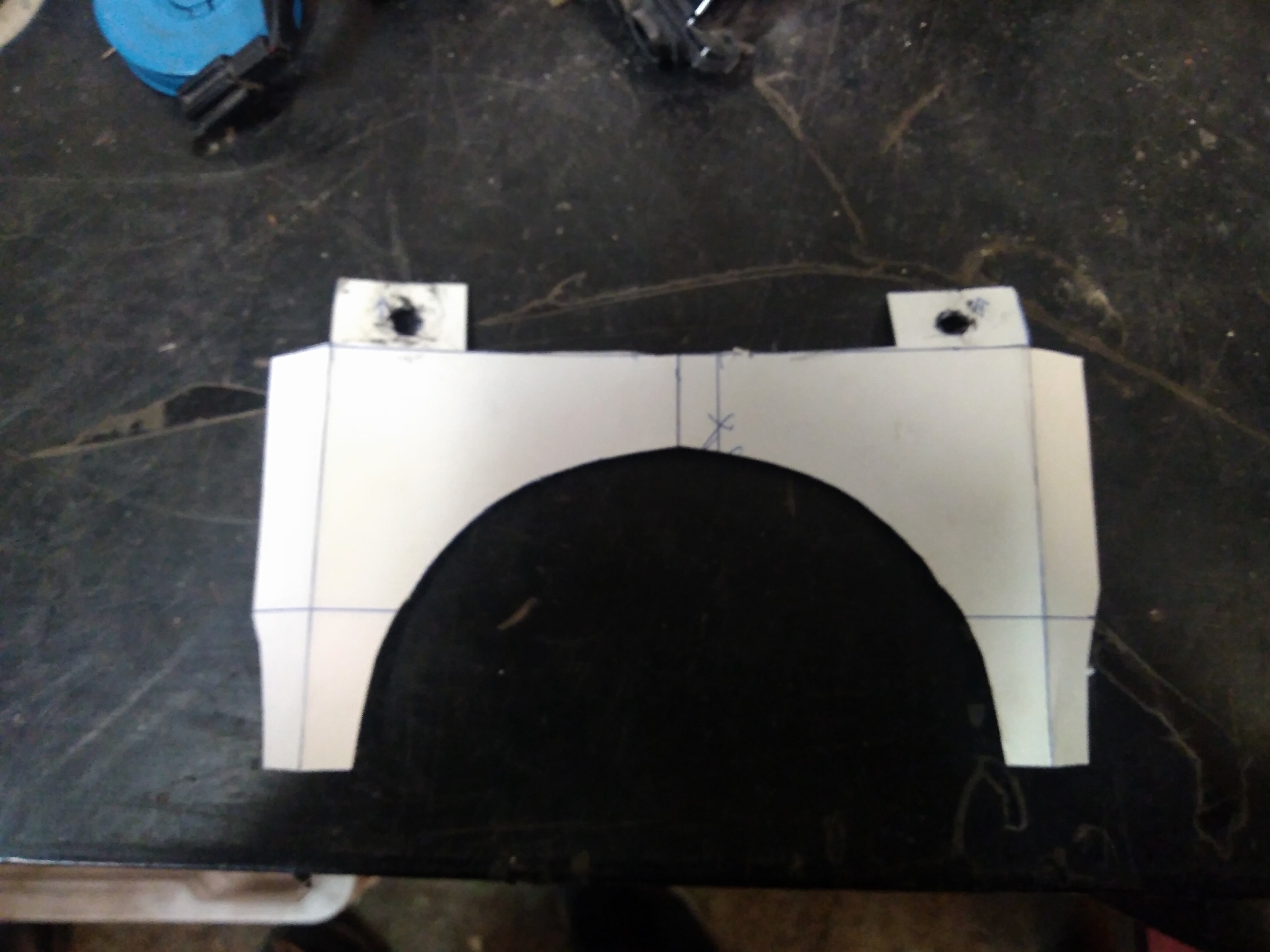 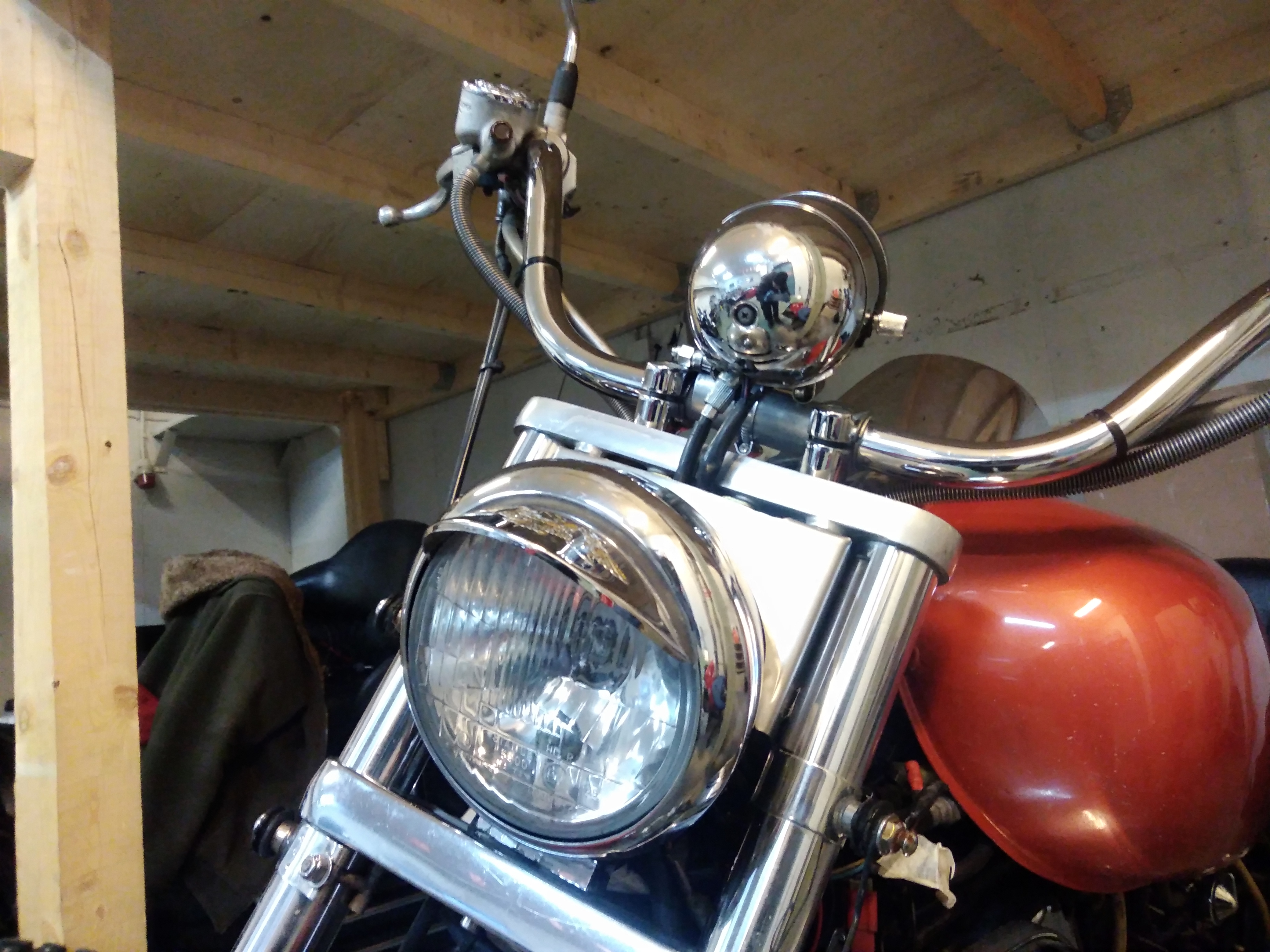 After I got this far I tested brass plating. Worked perfectly! 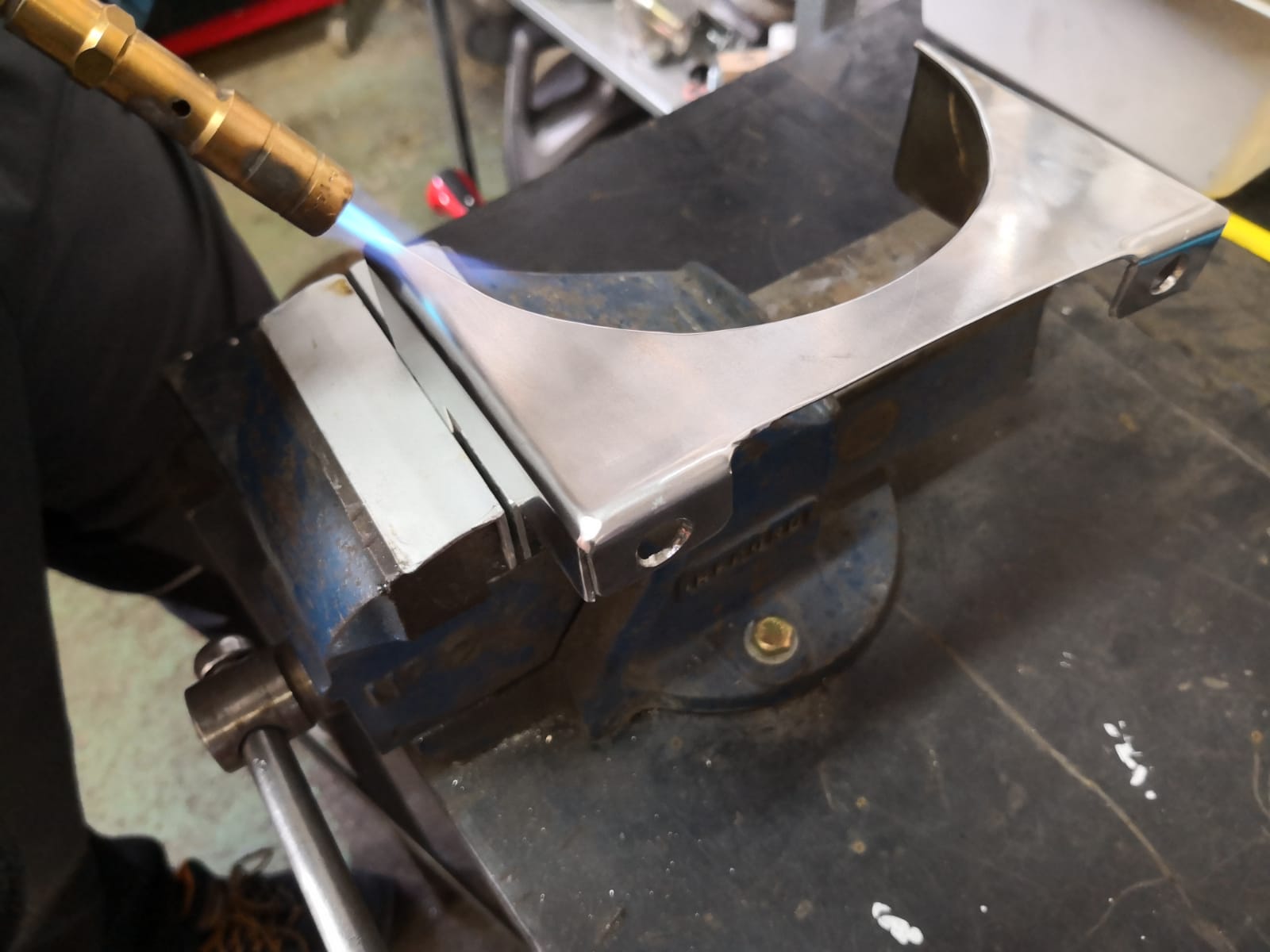 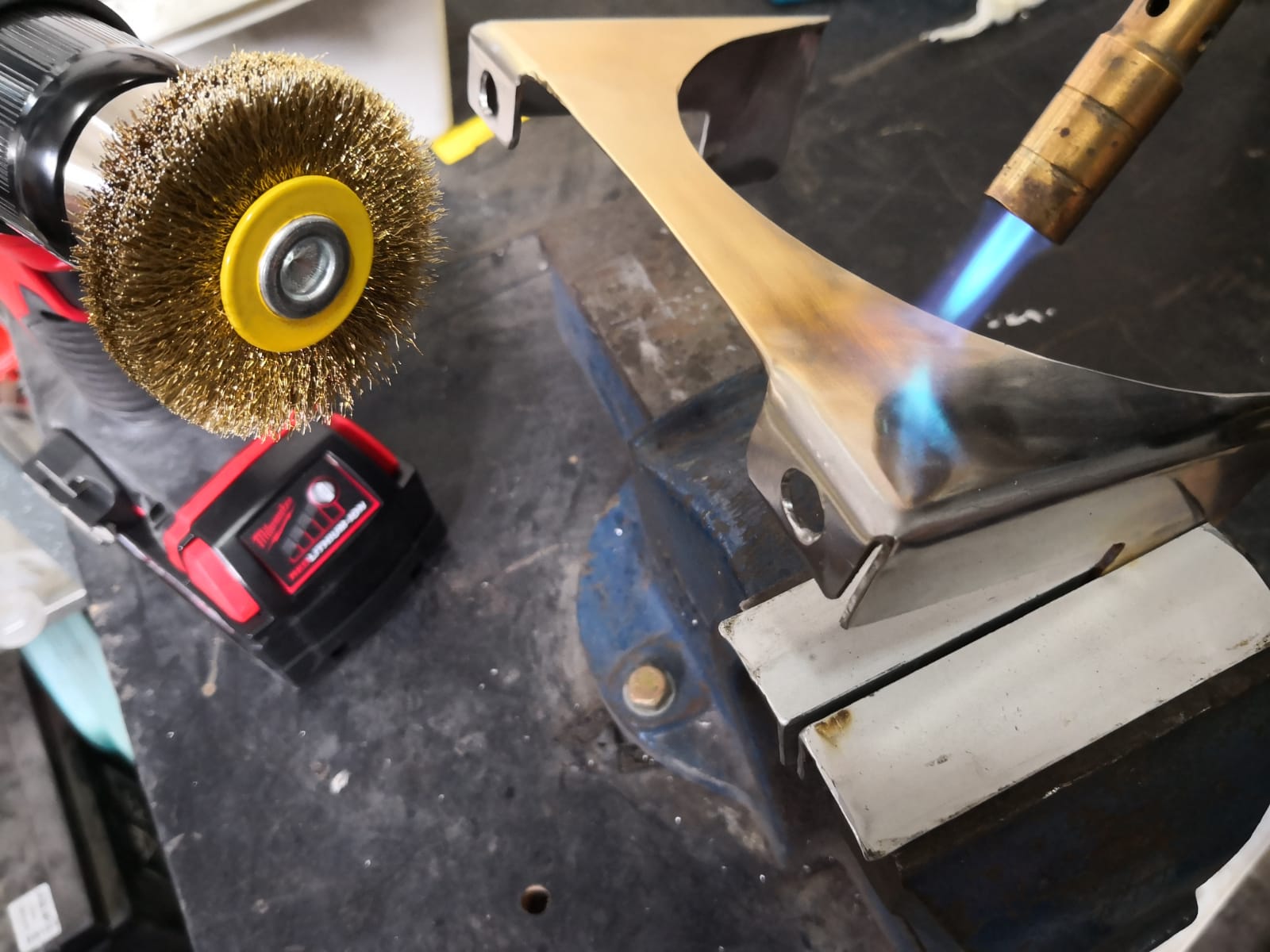 The end result looks good enough(if not tightened down in the picture yet).This is where I was looking for a good spot for the turn signals.
The original spot was a bit of an "old man with his pants on too high" look. 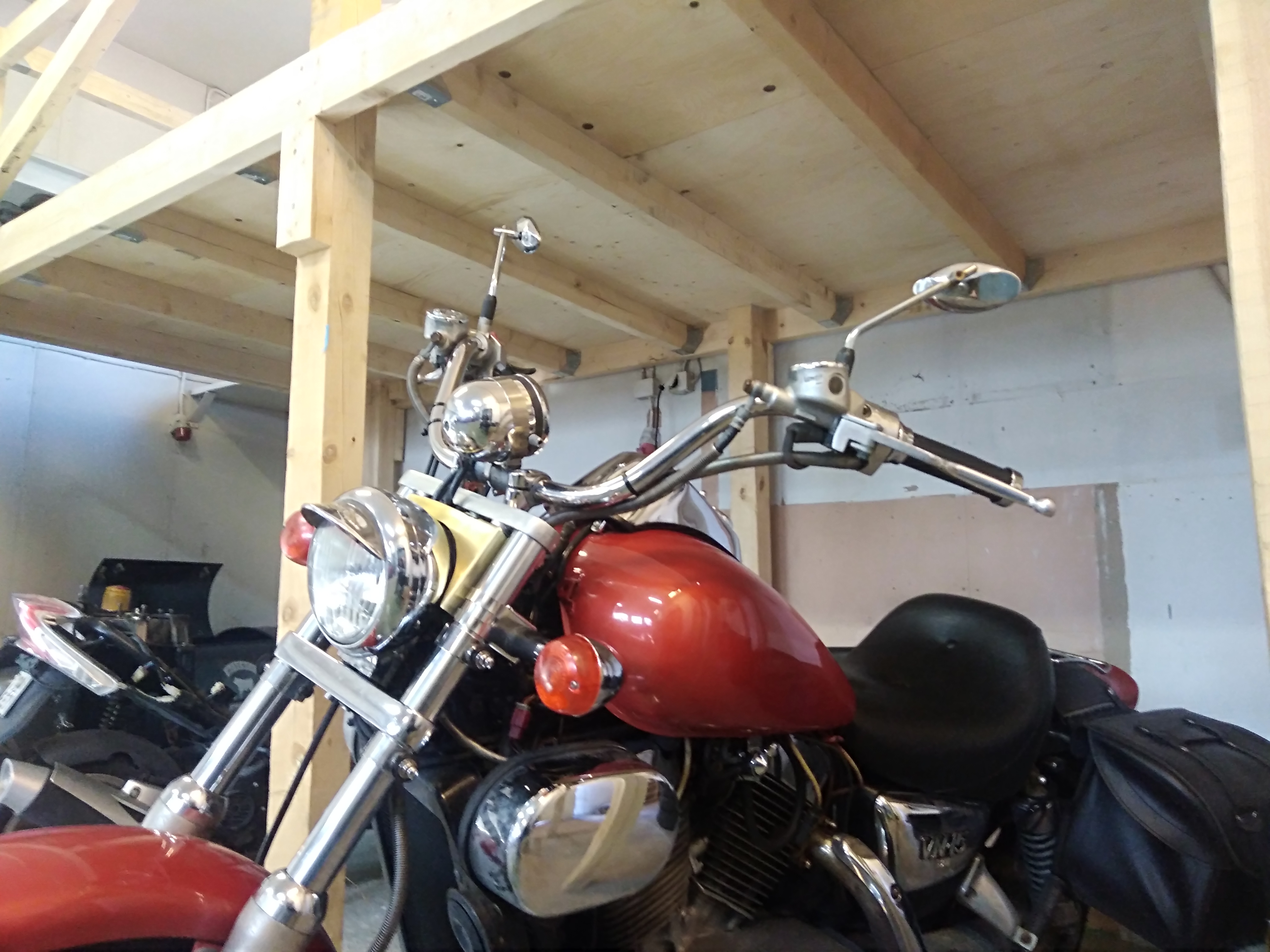 At this point spring was here and the bikes were taken out. Two weeks later the speedo cable failed and I had to take it all apart again!
The speedo had been acting funny for a long time. I guess it didn't like being fiddled with. 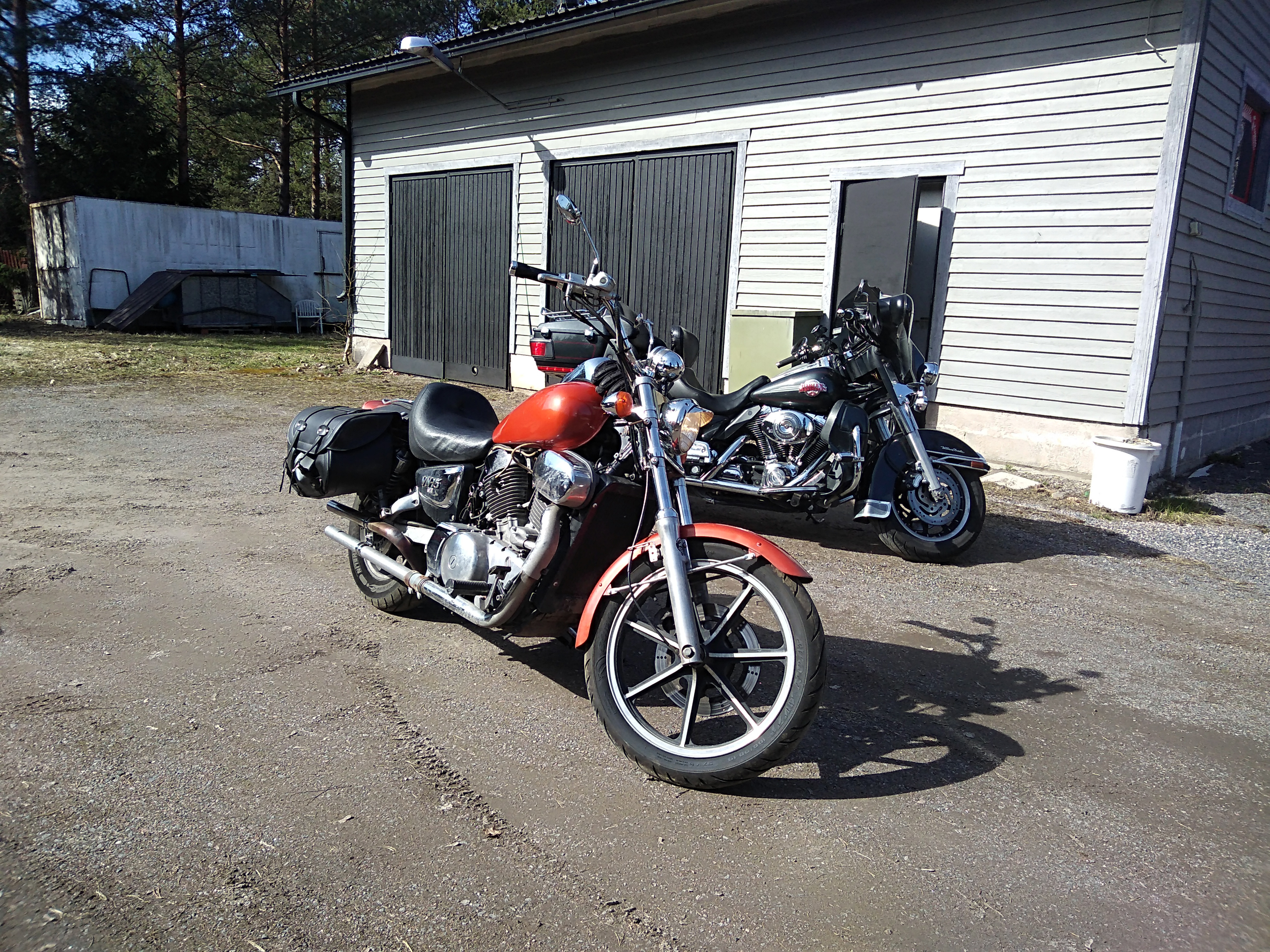 The story of this bike under my ownership is now over. 2014-2020 thank you. May the next owner have better luck with you.

Anesthesia said:
The story of this bike under my ownership is now over. 2014-2020 thank you. May the next owner have better luck with you.
Click to expand...

I'm waiting to see the update of its replacement.

93Flareside said:
I'm waiting to see the update of its replacement.
Click to expand...

People that know my taste are not going to be surprised. But on a general FG take it's not an usual choice.