It really sounded nice on the track Hope you get things sorted quickly!

Thanks! It's as much fun to zoom around in as it sounds.
I'll have the oil changed and valves adjusted as soon as I get in to the garage. Should be about an hour of work. The rest of the things I'll look in to during the winter. I can possibly get some of the things I need from our customers at work.

This was the first time on "affe" with my Toyo R1R''s. I suspect that the increased grip, and pushing it that little bit harder on regular (5w40) oil is what turned it to water.

Looking at those pictures above, I realize it's been forever since I last saw one of those... let alone in good nick. An apparently when I drive... suomiface. Perc said:
Looking at those pictures above, I realize it's been forever since I last saw one of those... let alone in good nick.
Click to expand...

Thanks. It could always be a bit better though.
That said it is 26 years old and it has 320k km on the clock.

A little something got dropped off on friday. My new oil temperature gauge. It's not the most expensive gauge out there, but a friend of mine has had good experiences with these. And it looks similar to the Innovate afr gauve I have. 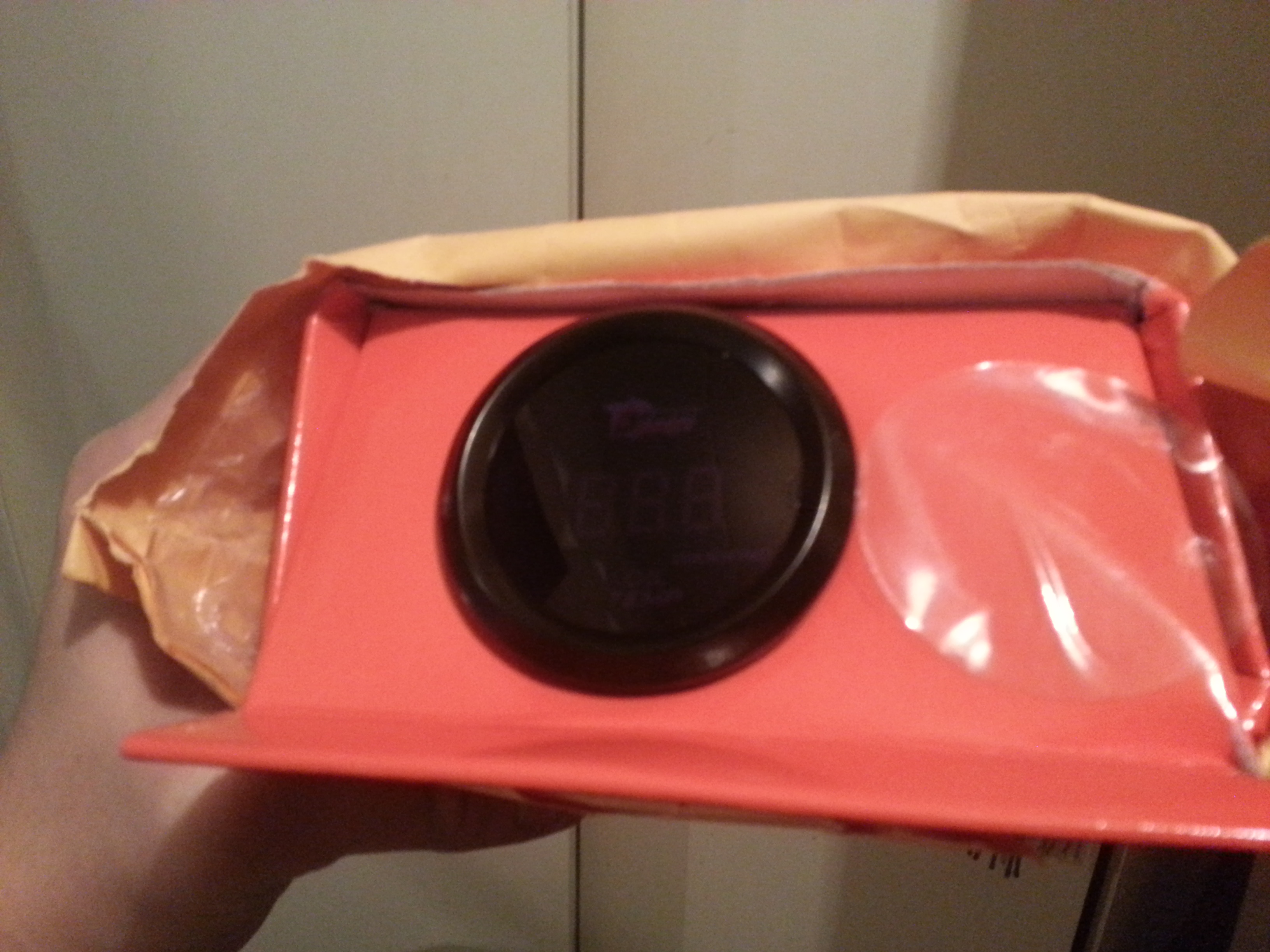 Update time!
Though honestly the last time I touched this thing was when I pushed it in to the garage after the FG track day(all right, I did wash it later on). But with very little to do over the winter I've been guilty of I'll do it next weekend. The gauge is still not in, I'll sort that out but in the meantime I had to deal with an issue that happened at the FG track day - valve adjustment. I noticed it started tapping(knocking is more like it) after apparently the oil over heated. The oil indeed had, I found out after I changed it right after the track day.

So the issue of adjusting the valves was made harder by a crown nut being stuck on the middle of the valve cover. Over time it has been a place where it would let a tiny bit of oil through if you didn't tighten it enough... well the last time I did it it gave up. And got stuck. One of the "I'll do it later" jobs.

So this weekend I let the other project sit and sort this out so I can get it on the road again.

After using up a few of these just to get a 10mm crown nut off I could remove the valve cover. 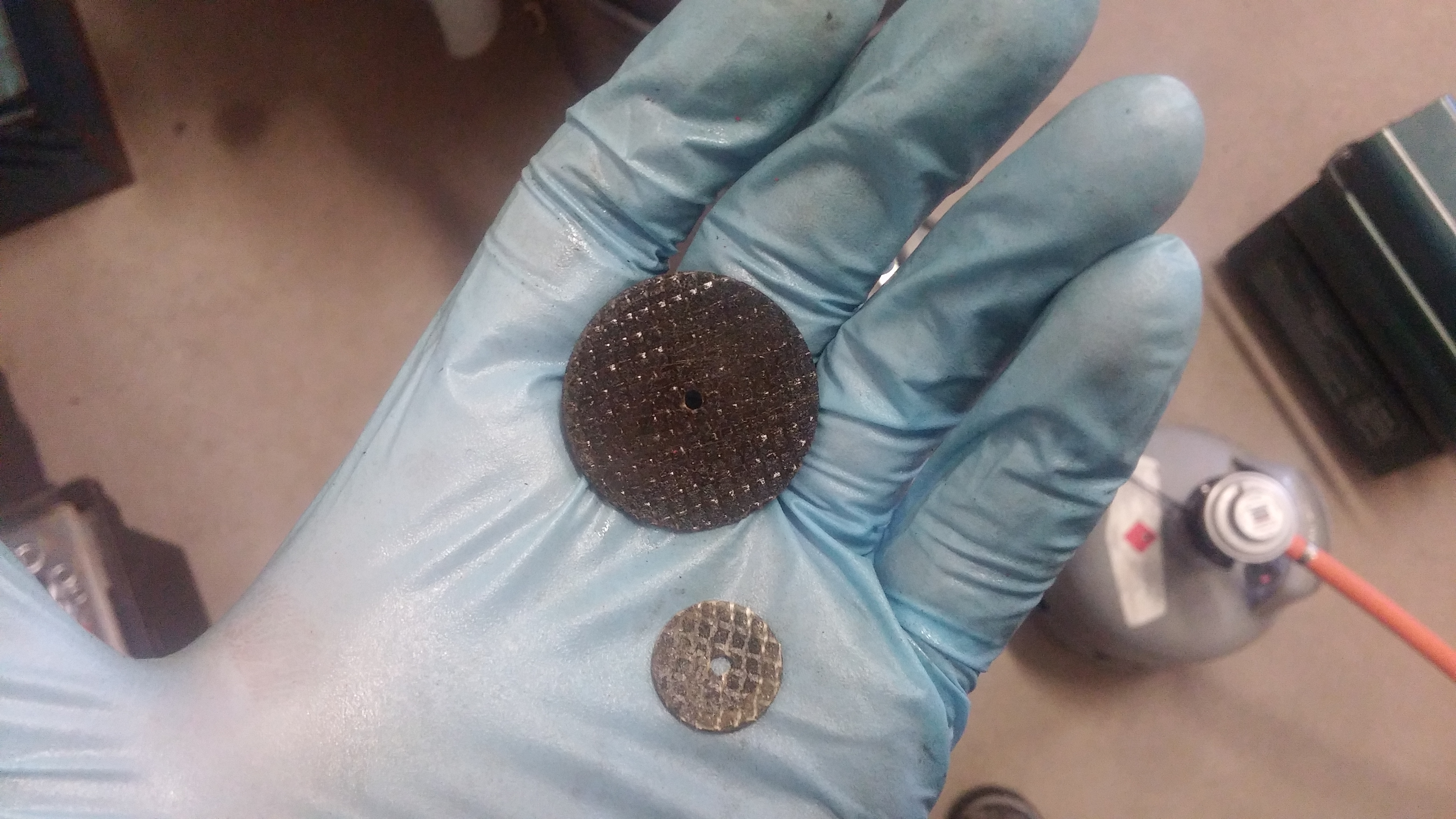 Still all there, at first glance nothing out of place. 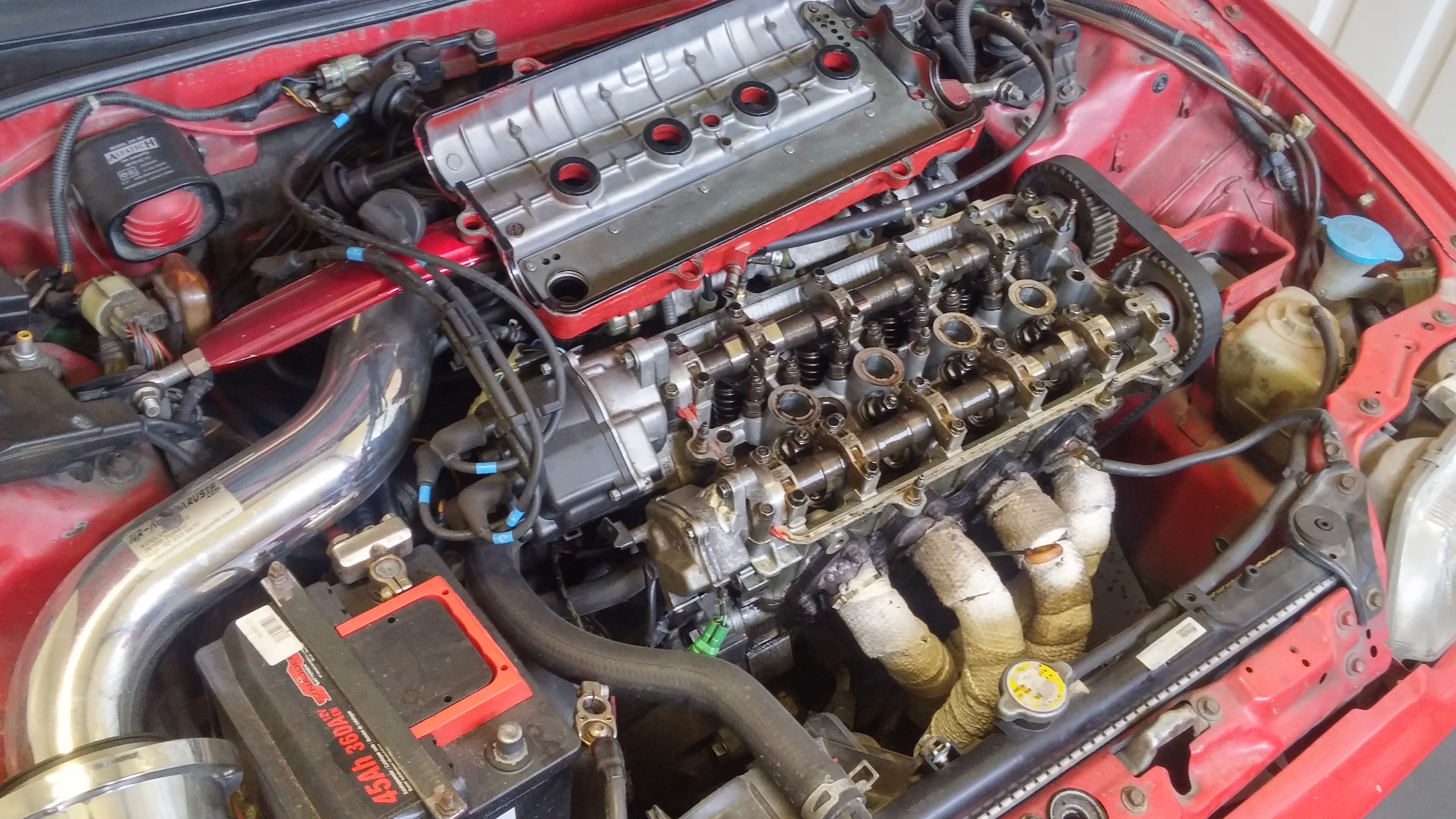 Untill I spotted this little detail. 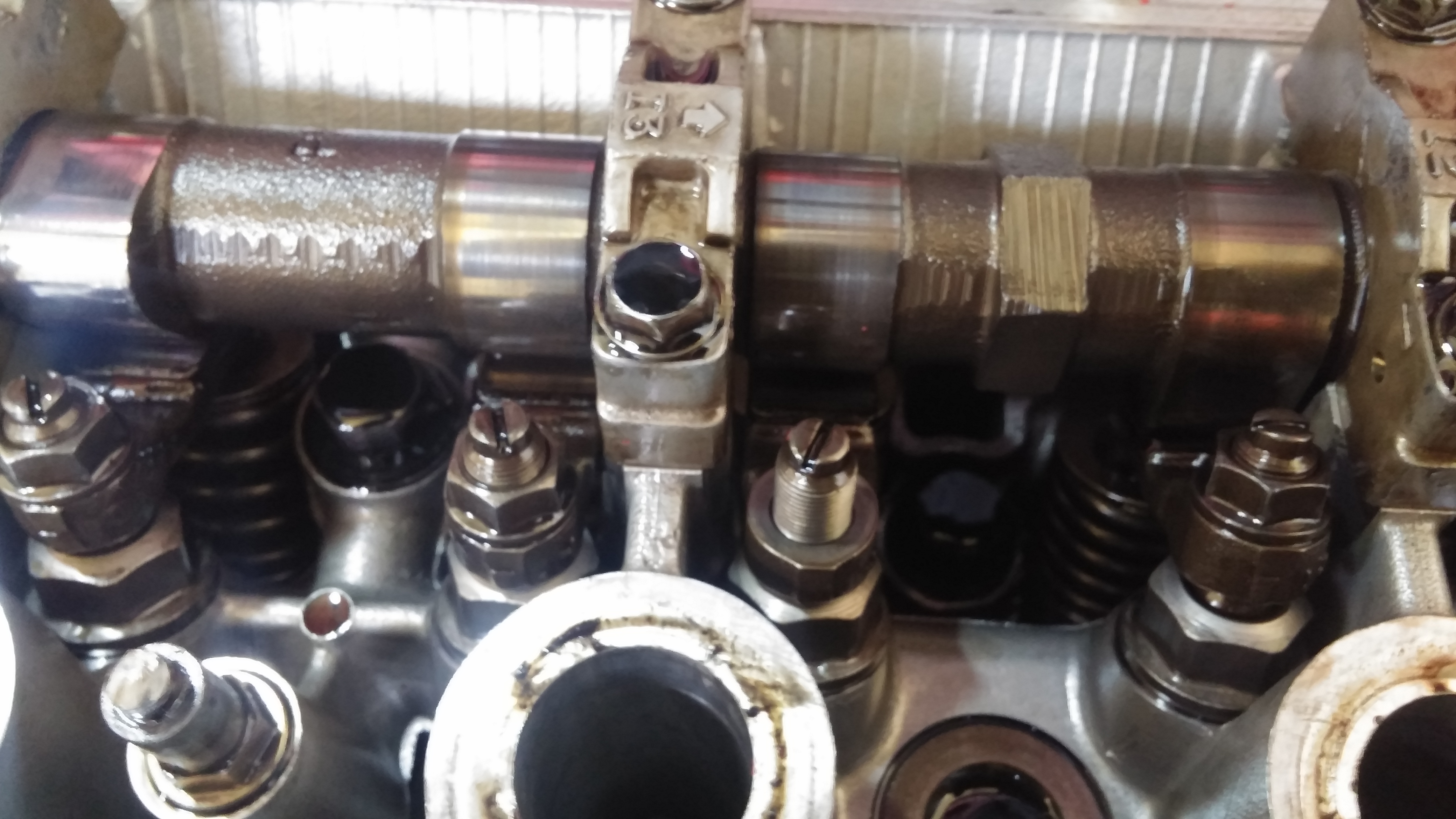 The locking nut of the rocker arm/valve adjustment had come loose. I later found it on the other side of the valve cover near an exhaust valve. These engines are known to have issues with the rocker arms under certain situations. Usually the valve clearance is just out of whack. I suppose there's this possibility as well. I can't say how lucky I was that the nit didn't get wedged between one of the many places it could have.

Now all I need to do is get myself a new one of these. It's the bolt the valve cover crown nut is attached to. 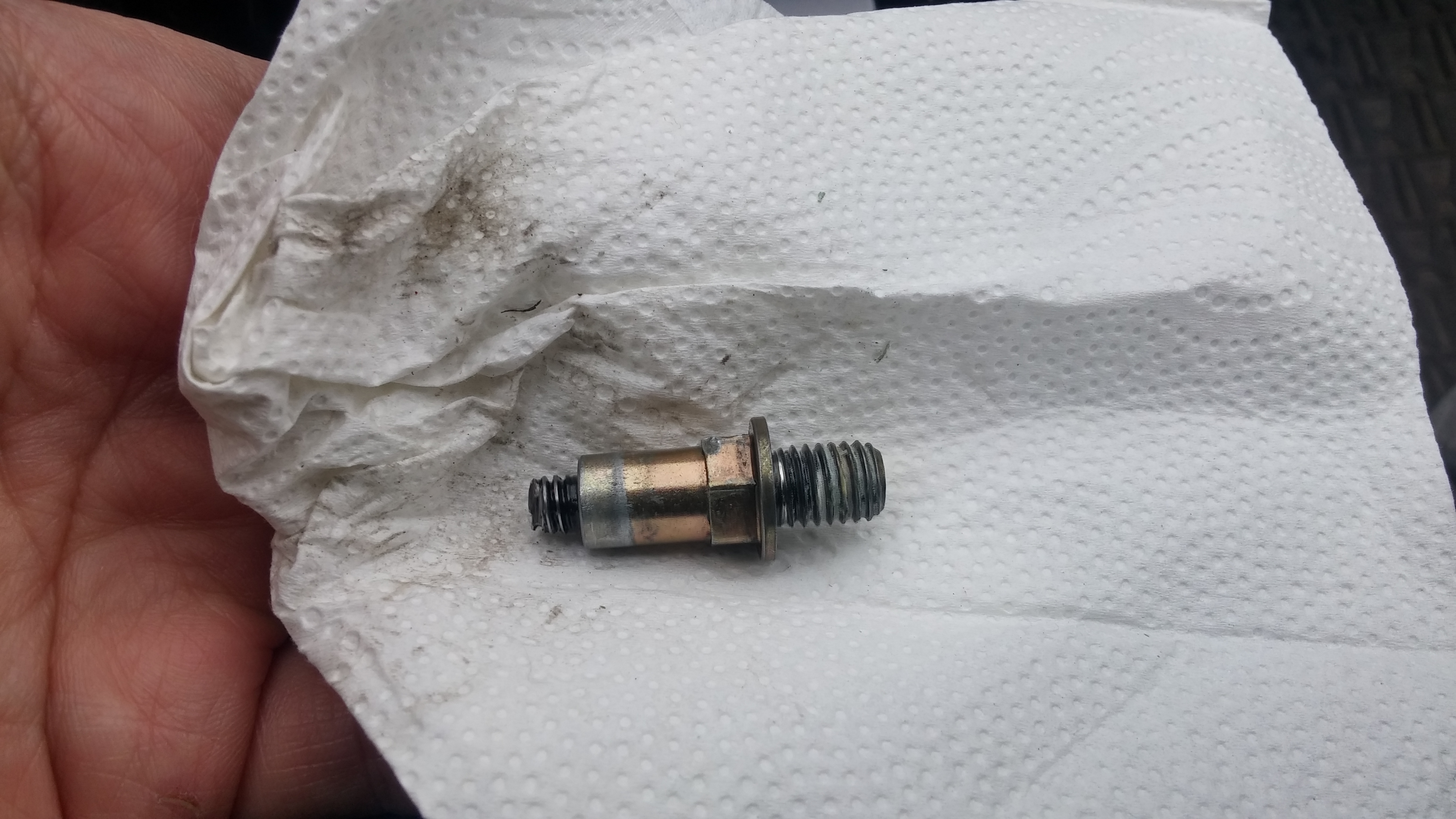 I managed to get some sparco seats from a friend. These will show up when I get it out of me to take them with me from his place.
Last edited: Apr 17, 2015

No kidding! I'm not complaining.
Sadly, honda doesn't supply anymore. Fortunately, the honda part system has info on who has old stock on parts no longer available. Even more fortunate that there is one, and it's a customer of ours. Heading my way with a nice discount.
Last edited: Apr 13, 2015

I picked this up yesterday morning. Sadly though due to certain delays it'll be at least a few days before I can get it on the car. 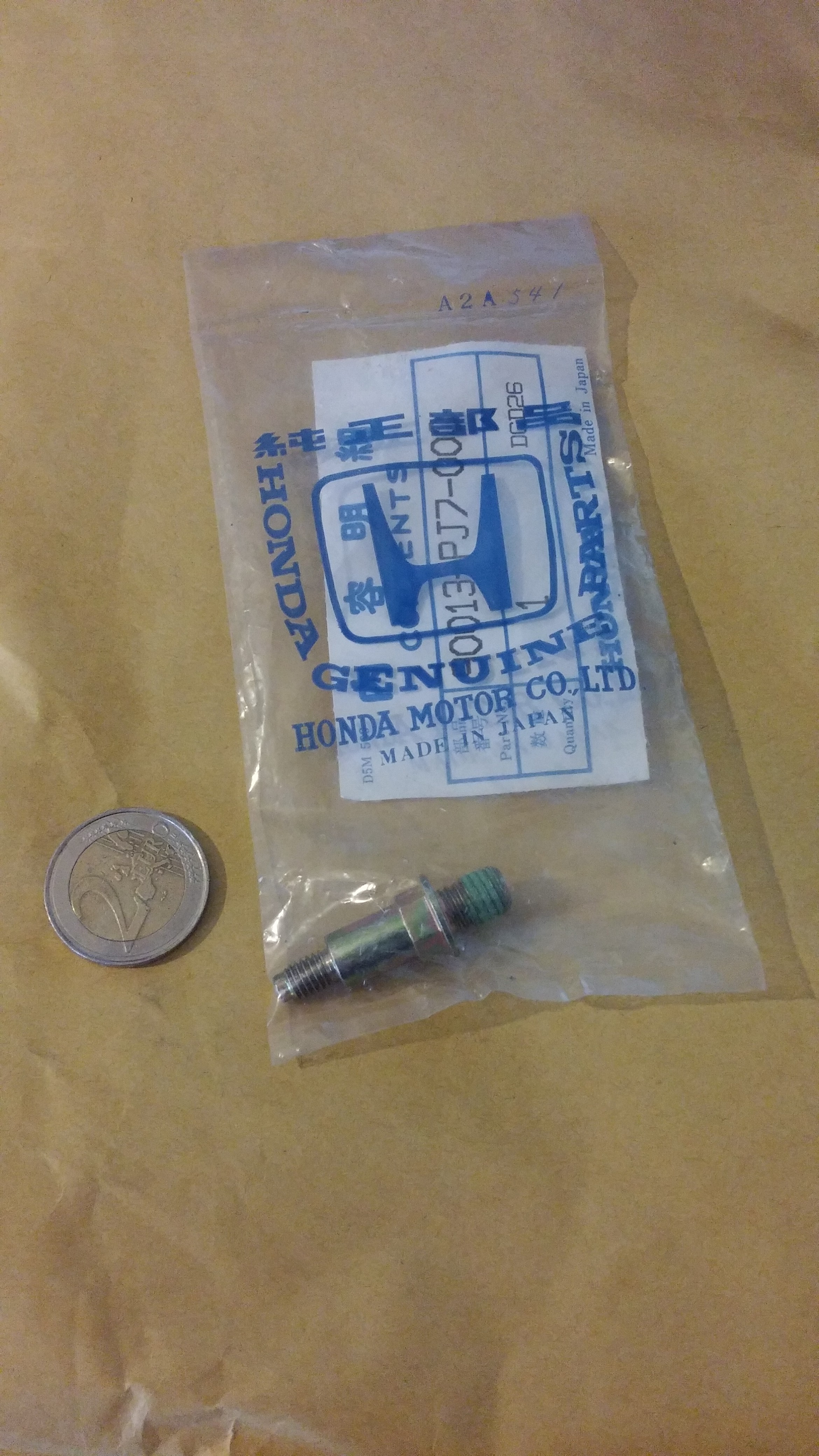 Well today was the day. I had a friend help me button her up because for certain reasons I can't do much atm. The battery was flat, fired right up once we gave her a jump. Still sounds damn good.
My friend also took this rather nice picture when we were about to take her out.

Looking towards a sunny spring 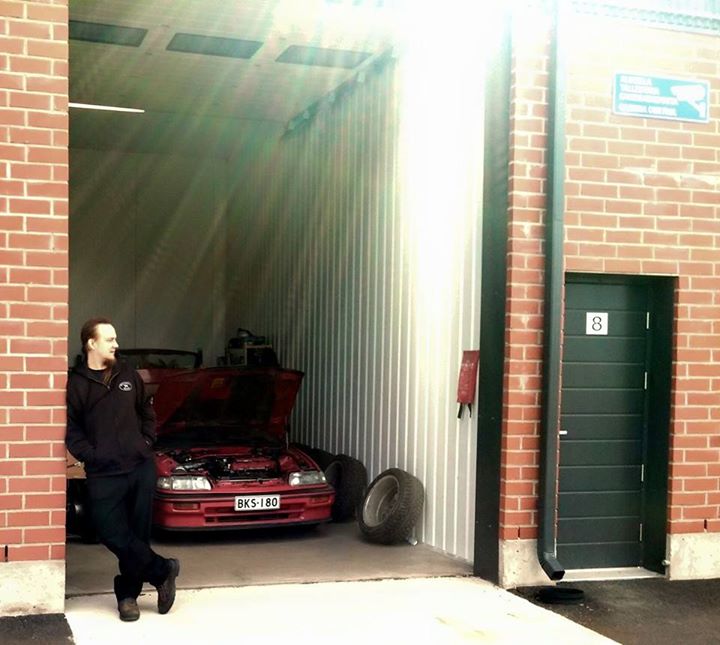 Anesthesia said:
The battery was flat, fired right up once we gave her a jump.
Click to expand...

This wasn't entirely the case. I charged up the battery for about 24h, plugged it in and it fired up... once. I ended up stranded at a service station until I got a boost from a random guy on the fuel pumps. Drove it to the place I got the battery from last may and had it tested. Result "Change battery".

Let's hope that was it for now at least.

While I was over at my friends place kicking stones, playing pocket pool and helping out with his Alfa Romeo we managed to pack some stuff in to my car. Mostly parts for a project alfa 155 that an other friend will be taking over, but these as well as 4-point seat belts. 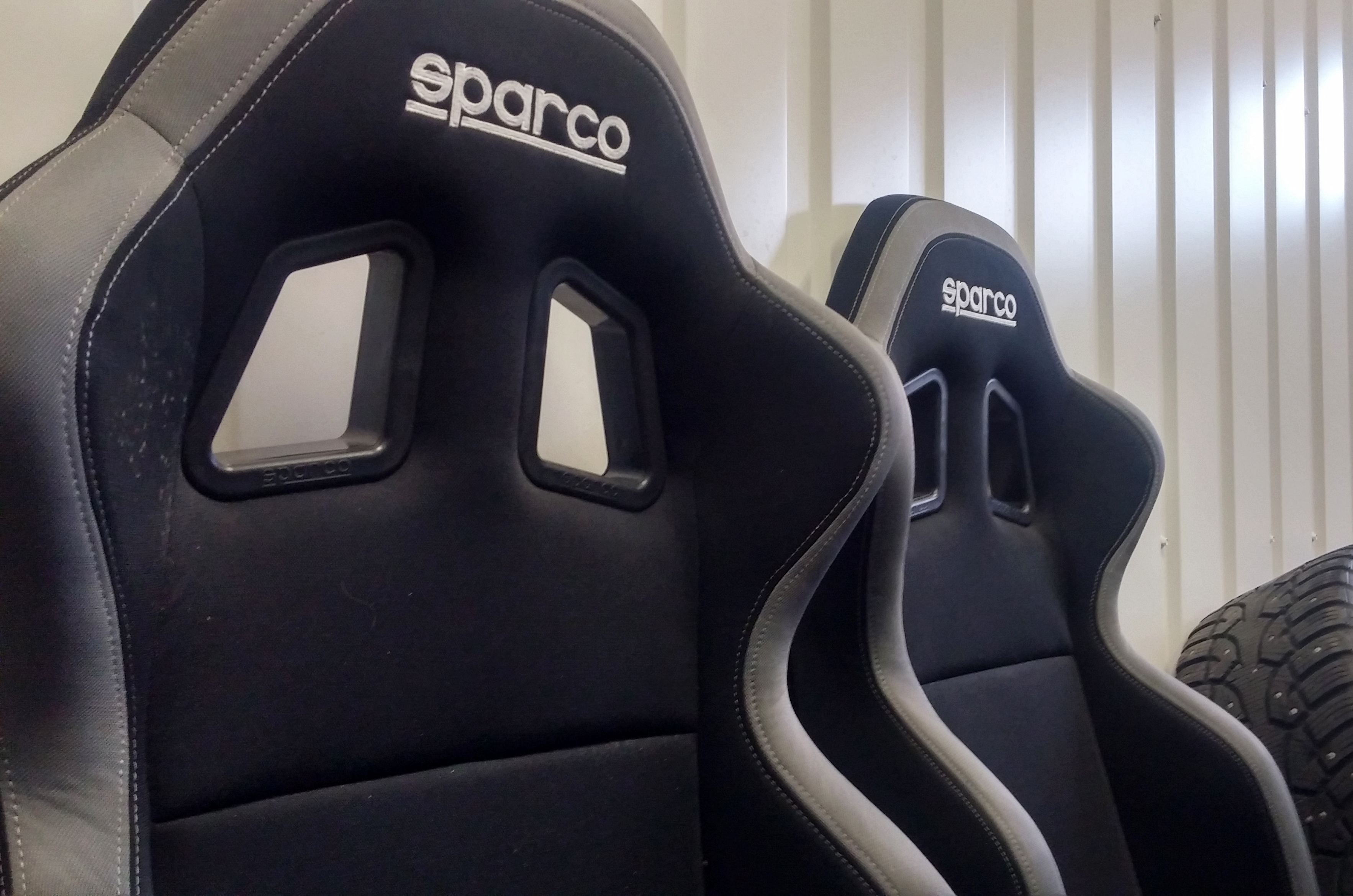 As the seats go, I also cleaned up the 4-point belts and they're now ready to go in

Today was a fiddling day. An annoying feature I've had for a while now has been an instable idle. On occasion it would be fine and other times it would fall and then pick up again. I realized the other night(at 5am ) that my TPS sensor must be out of what because the symptoms match and it's possible it's been touched when the head was off. And they go out of what in time anyway.

So the offending article is here. On newer ones you can't adjust it without getting rid of the studs keeping it in. On mine there's a nut and a screw! 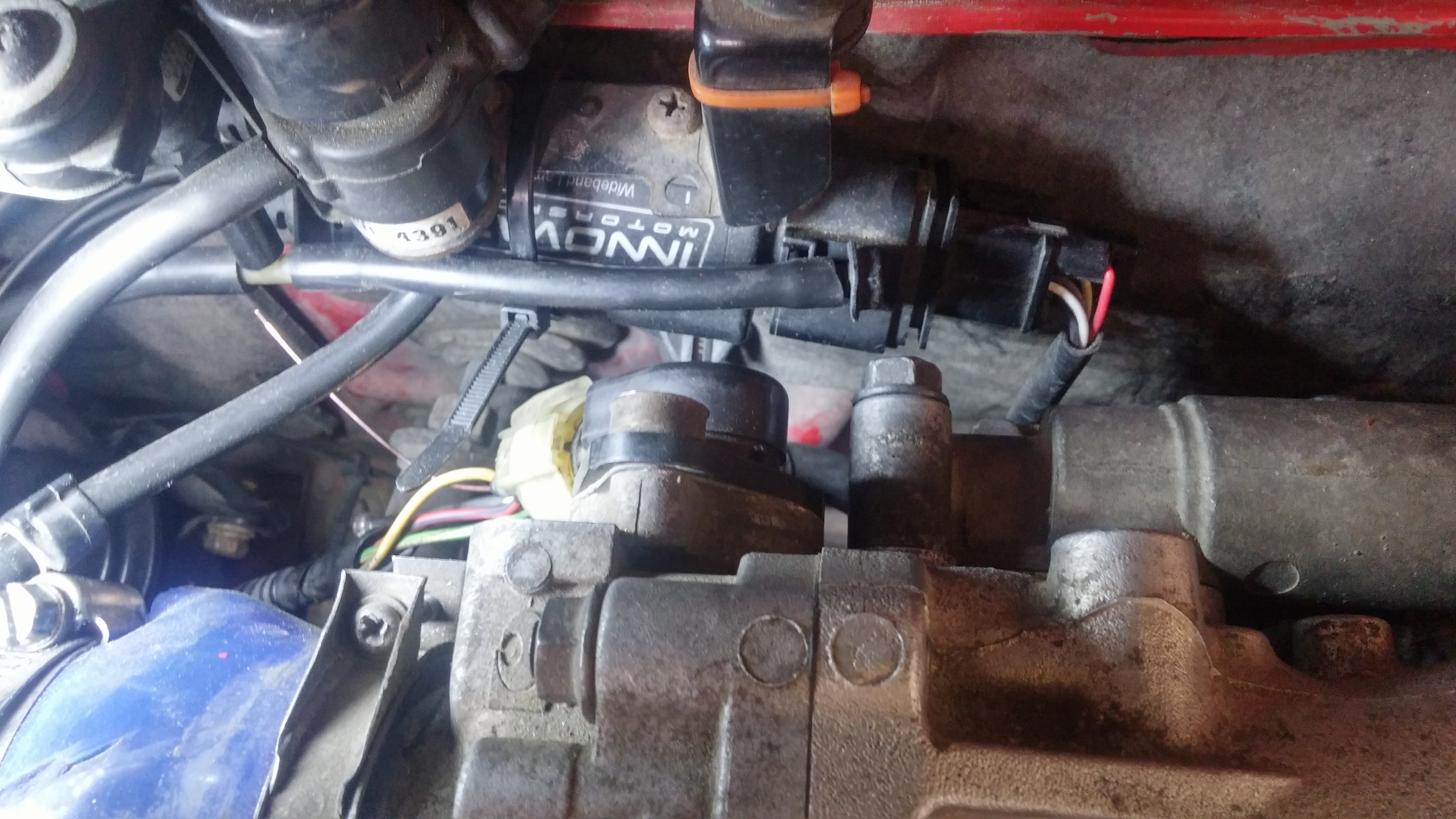 So two pins were inserted in to the connector in the back. Power was turned on and the throttle was at WOT. The value should be 4.5 volts. You adjust this by turning the sensor. We're now at a steady 4.5 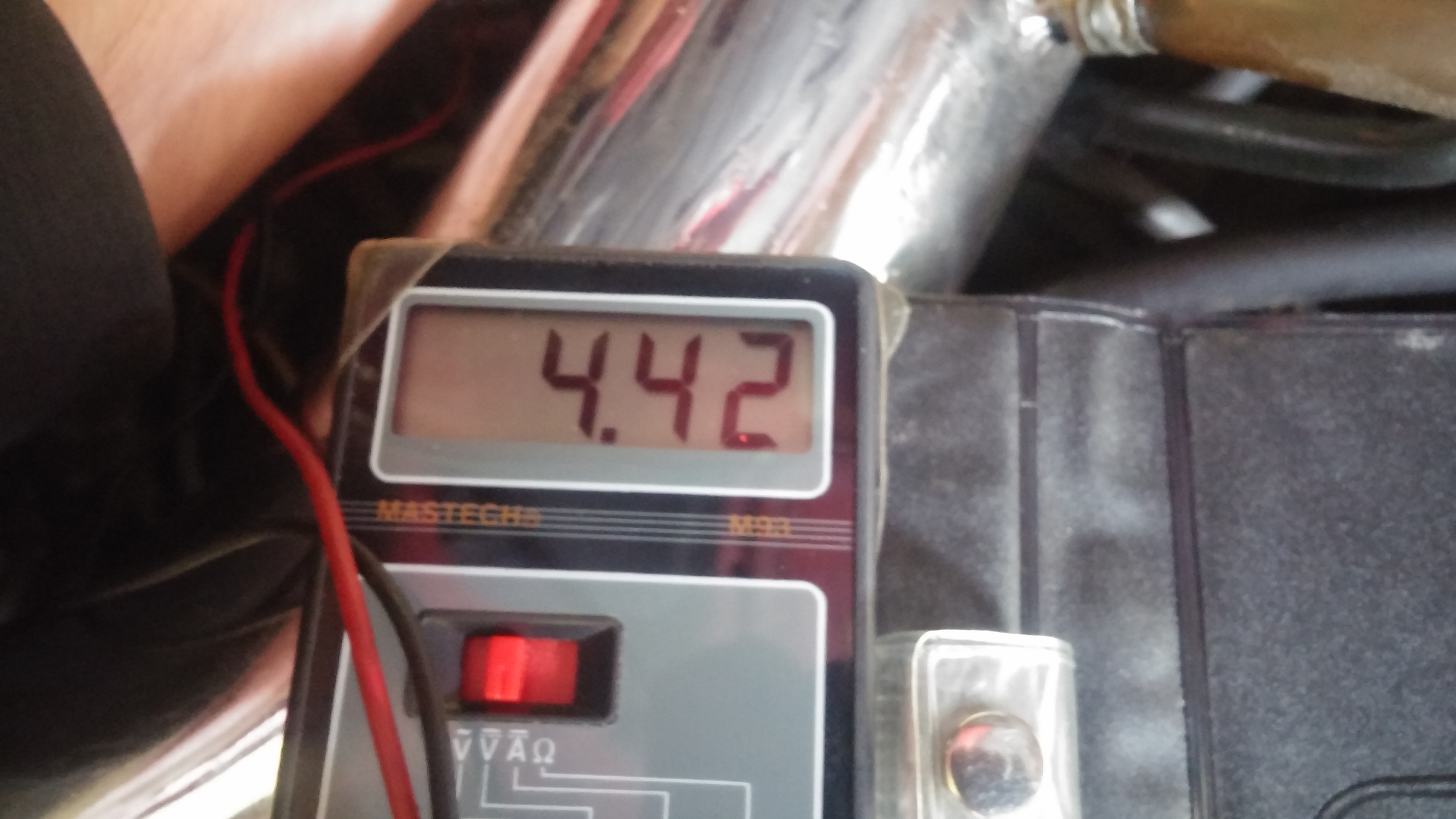 At idle the voltage should be around 0.5. Both being off does do odd things and at the moment it's better. But I need to fiddle around with it more to get it perfect. You adjust this by opening a nut behind the throttle cable and adjusting it with an allen key. But, you also need to open the throttle cable and adjust it and then use the allen key. This is what it was when we started 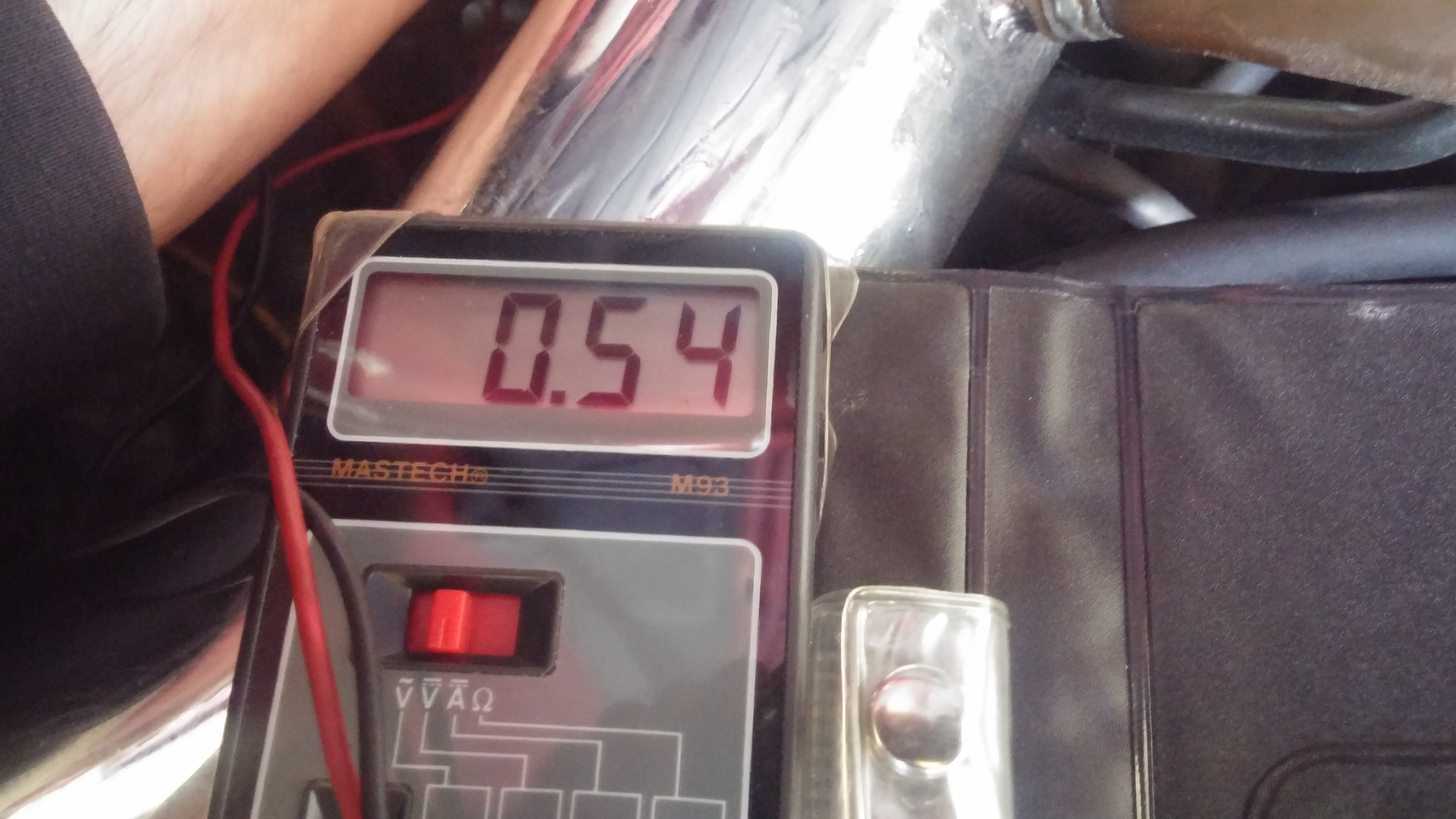 Next time I'm in Turku, I want a ride.

Unless it's winter, ofc.
Seriously, nobody wants to be in this thing when it's winter.
Last edited: May 5, 2015

Swapped out the drivers seat with a friend late yesterday evening... though when we were through it was 2.40am. Too late to swap the other one.

Most of the time was spent on figuring out how to get the original seat rails working with the recaro seat. The holes in the bottom of the seat were all lined up in a nice square, where as with the original rails the other rail is higher than the other one and none of the floor bolts are in line. The seats had two metal bars out of the car the seats came out of. Two pieces of 3mm walled profile tubing was cut to lengh and two captive nuts got welded in so that the seat can be bolted on. They were welded on the metal bars and the seats were bolted in The height of the profile tubing was a perfect match to get the seat height perfect. I had to fiddle with the belts a little today because some of them were twisted around and I didn't notice it that late in the night.


The old tired seat. Mind you I swapped the oringinal seats the car came with out in 2008 for a better pair of OEM seats. Time has not been kind to this one. 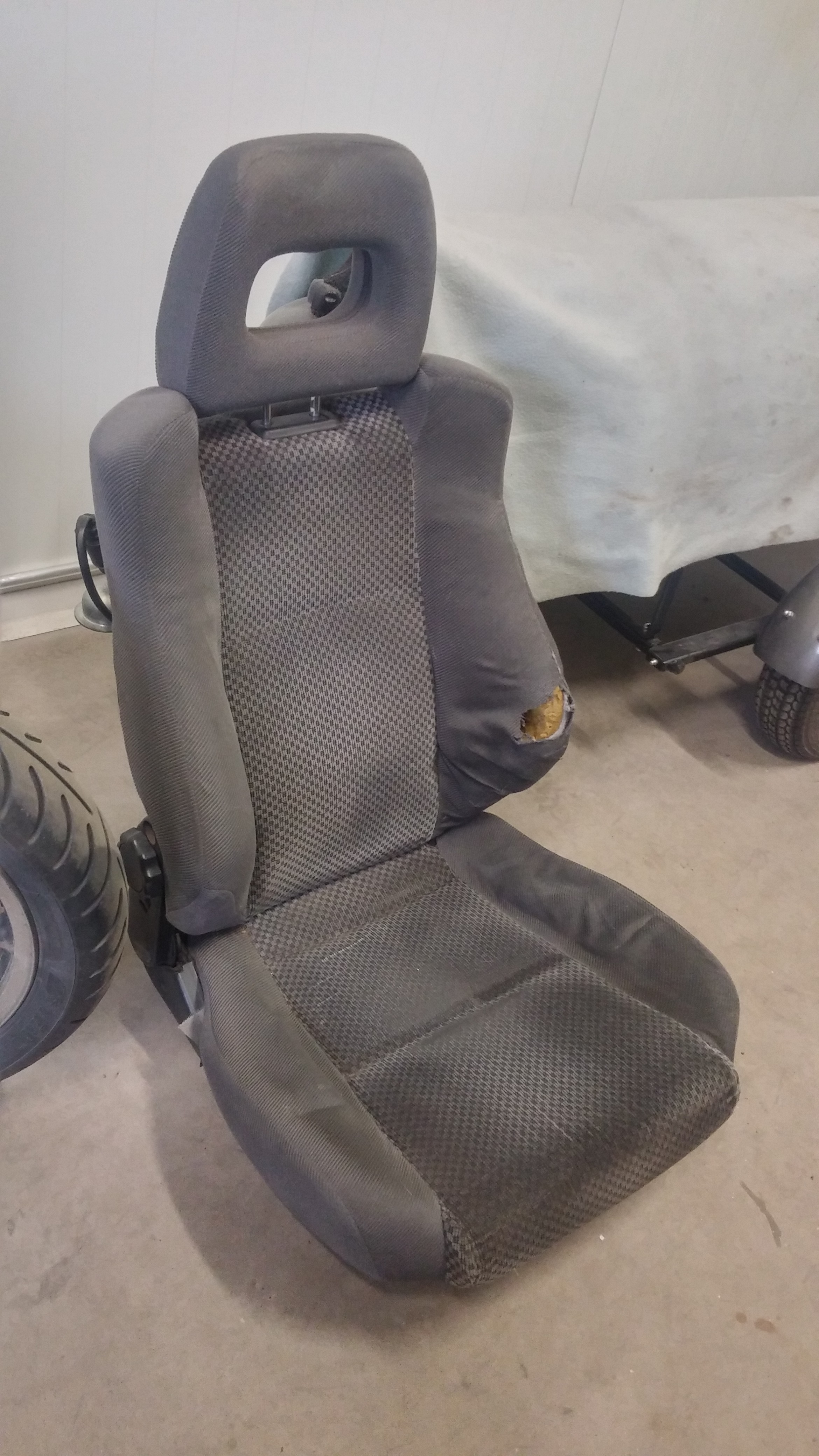 When we were bolting the seat in the last bolt started to spin around. The floor side mounting hole had fractured from all the strain it had been through. It got cleaned up and a new patch with a new nut was welded in. 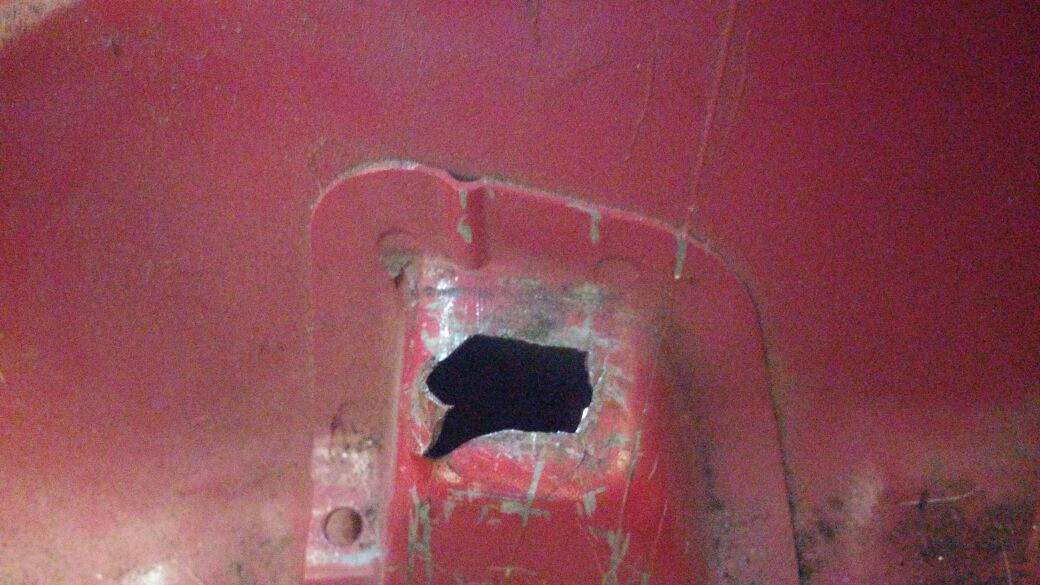 All ready to go. I know the bare metal floor with the dirty flaking bitumin looks a bit rough. But I don't rly care about that that much. 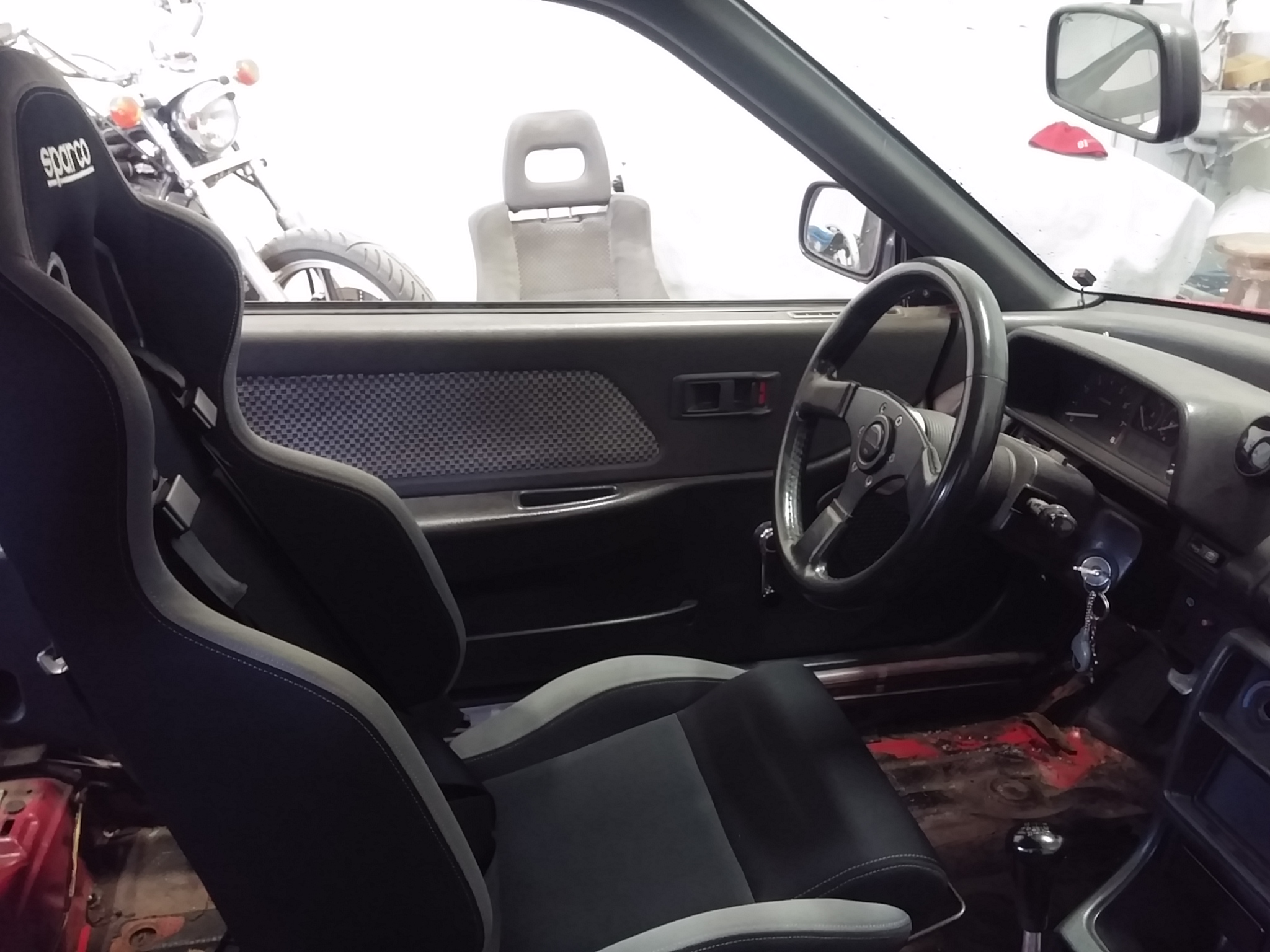 I recently bought a mkII CRX and have started to notice these old civics and stuff. I'm not normally that interested by FWD, but these are cool cars in their own way.