Hi everyone! It has been a long time since I posted on the forums. Thought I'd come back for a little bit and offer a bit of an update. 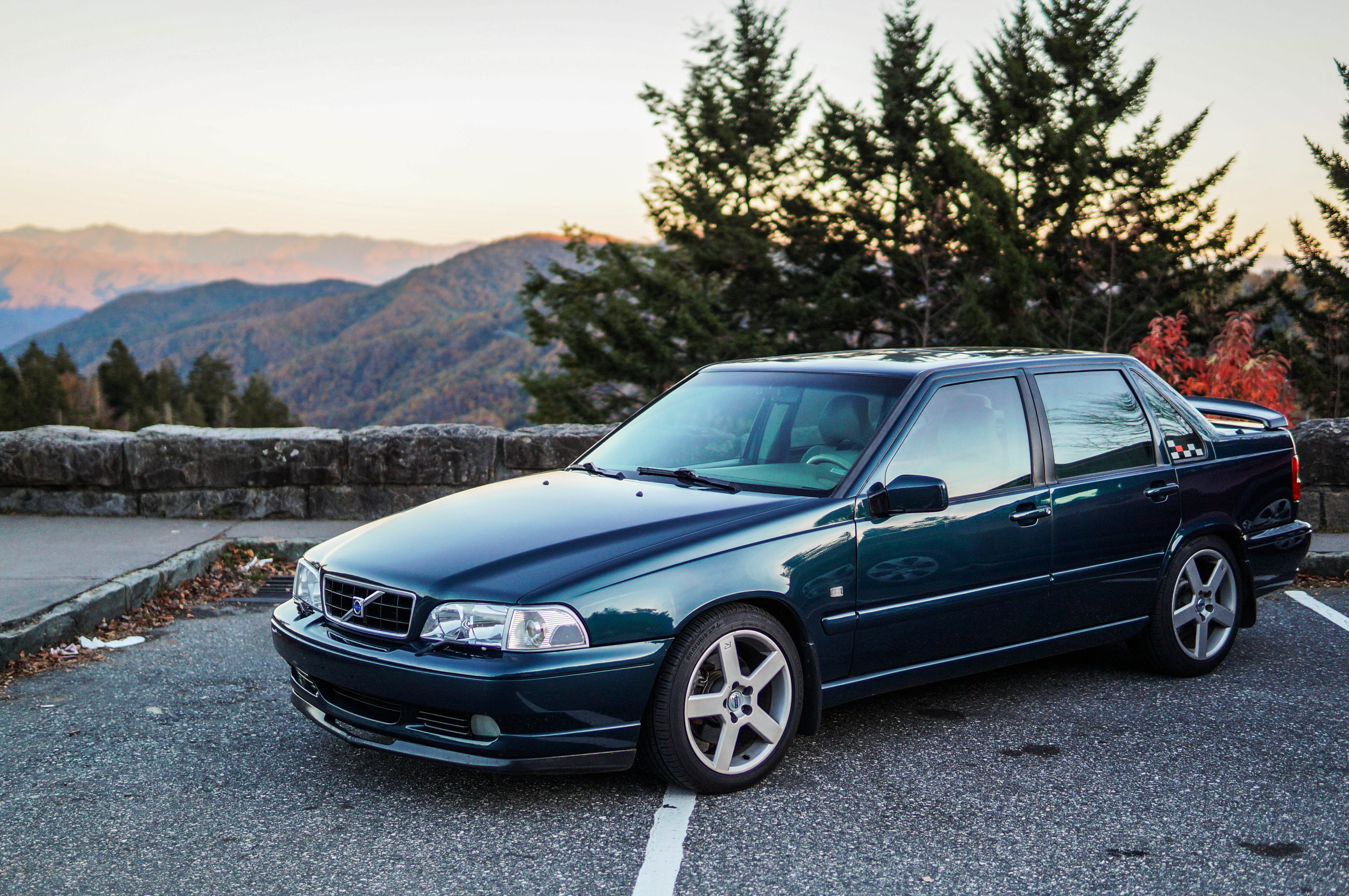 The 2011 XC60 T6 got into a deer accident. Sadly, the insurance company deemed it a total loss. Idiots. This happened while driving across the country, the car made it another 1500 miles with no issues. All it needed was body panels and a headlight. Mechanically it was perfect. I hate insurance companies.

Finally, we get to the point of this thread. My most recent acquisition. A 1999 Volvo V70R AWD in the rare Laser Blue color (1 of 60 in the United States). 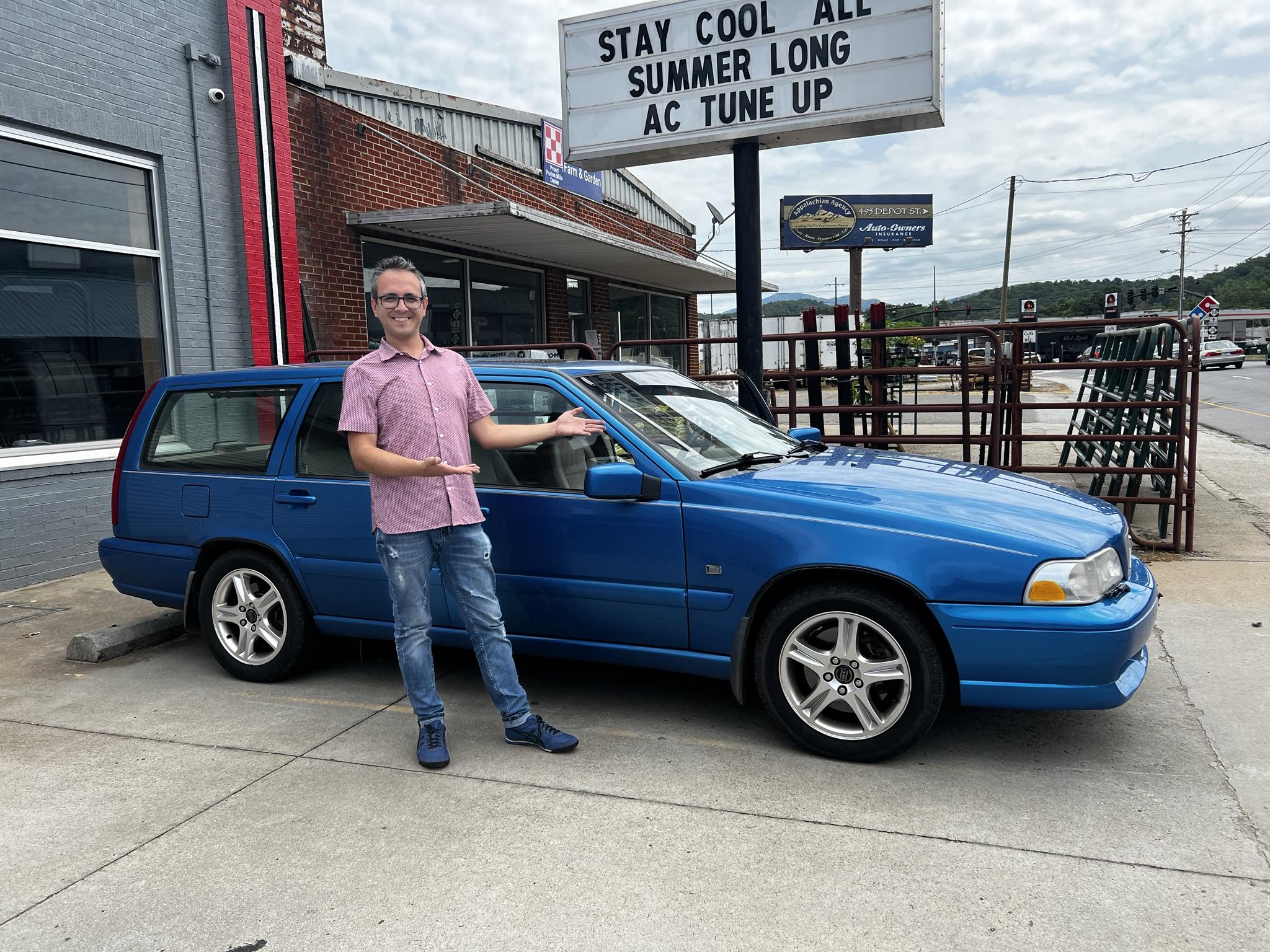 The car is a bastard. Bought it cheap because it had a burnt valve. Paid big $$$ to have the cylinder head rebuild (...and even after that, it still has a bit of a lifter tick). Front suspension will need an overhaul. Alternator is showing early signs of failure. The paint needs attention. But I still enjoy it. As the older members here will attest, It's a bit of disease for me (the relationship with Volvos).

Cosmetically, I am working on a few things:
- already painted and installed a factory rear wing
- getting it tinted later this week, because it currently looks like a fishbowl
- updating the headlights and front grille to the later design soon
- have a set of 850R wheels ready, but I need to use up these tires first. 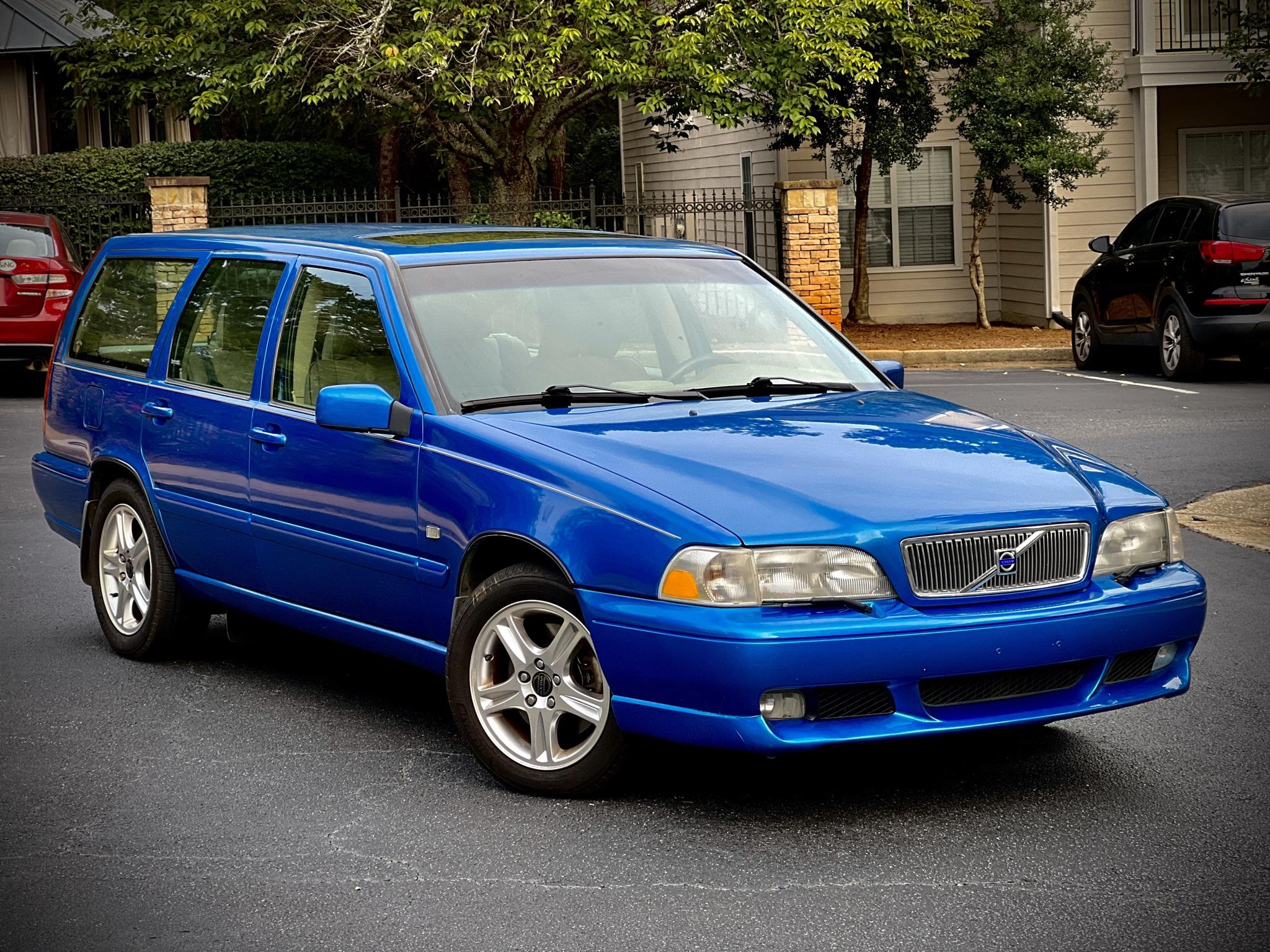 It's a great color! And for a second I was confused what you bought this time, then I realized it's this one, just with a bit of Forum-lag

I like your consistency! Also, in the crash aftermath photo it looks like the dog was doing the driving.

That Laser blue is a gorgeous colour. I still have a soft sport for the old V50 Sport and it would look great in that colour.

I'm not jealous, you're jealous! Bring it back to it's former glory, it's a future classic.
2006 Nissan Xterra Off Road • 2000 Honda VFR800Fi • 2011 Ducati Multistrada 1200 S • 2011 Yamaha R6 • ½ of 2005 Jeep Wrangler Unlimited Rubicon
No trees were killed in the transmission of this message;
but a stupendous number of photons and electrons were terribly inconvenienced.
​

Fantastic car, cheers to you for saving a classic again. Everybody does their bit to maintain time capsules from a different era.
2006 Volkswagen Passat 3.6 VR6. Das Auto

public said:
Also, in the crash aftermath photo it looks like the dog was doing the driving.
Click to expand...

on topic: sweet color. and while I'm usually not a fan of window tint, I totally see what you mean by "fishbowl" here. also, for a car that age, it does look very clean in the pictures.

Minor update...or maybe not so minor.

Tint is done and rear spoiler is installed. Also installed the roof bars.

Refreshed the front end - lights and grille - from the original 1999 look to what C70 models looked after the facelift in 2004. 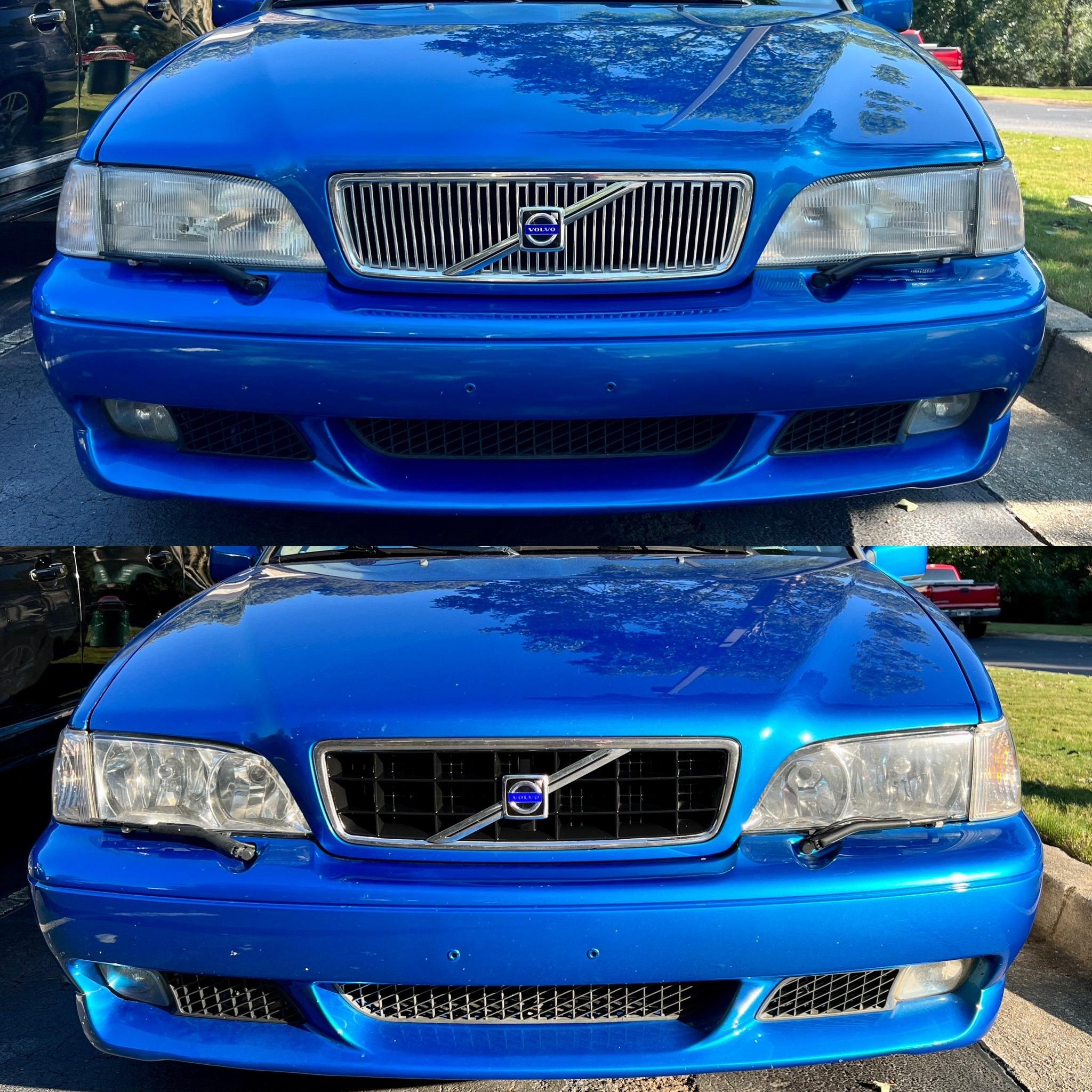 (repainted the bottom grilles after I took this picture) 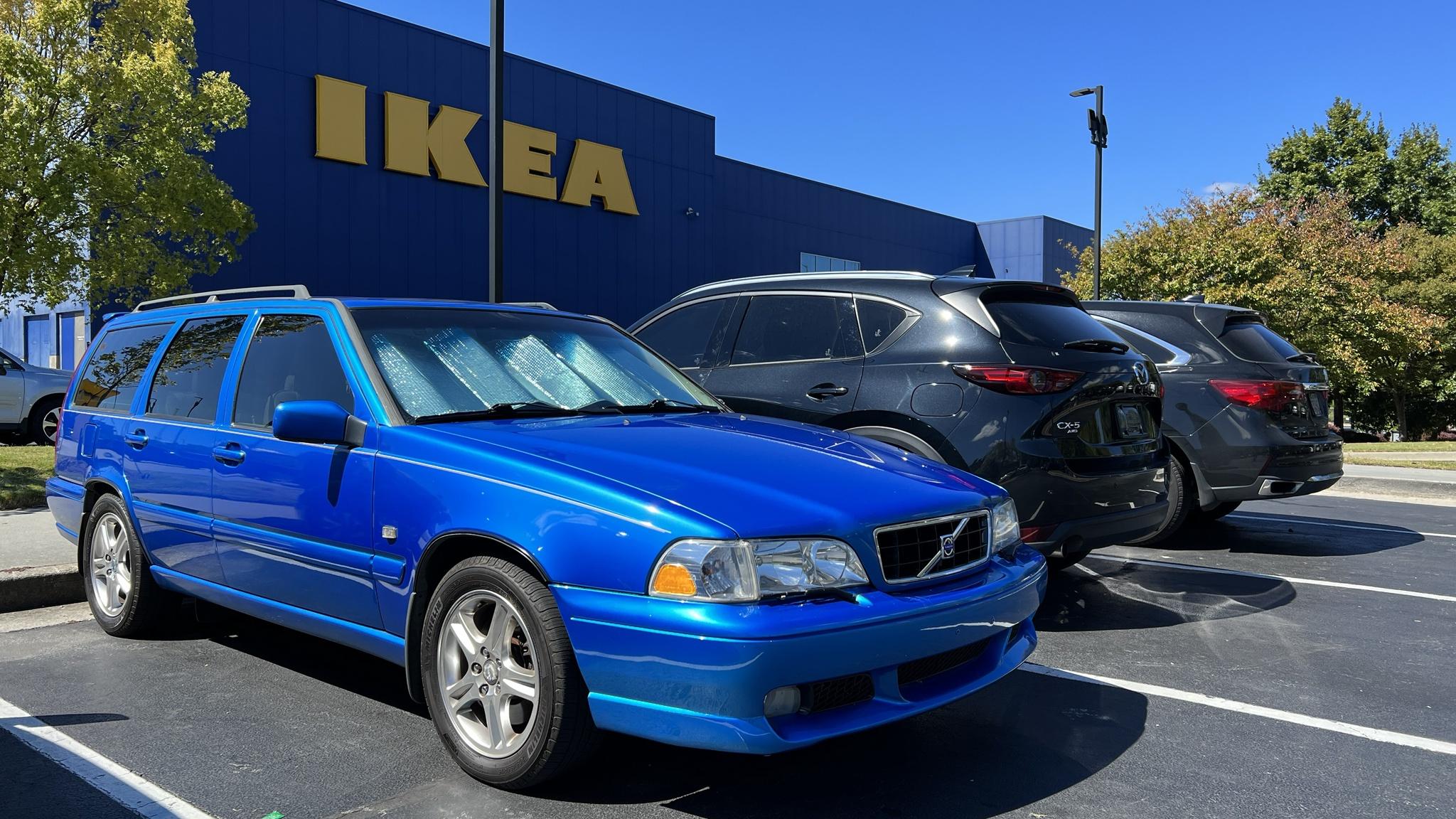 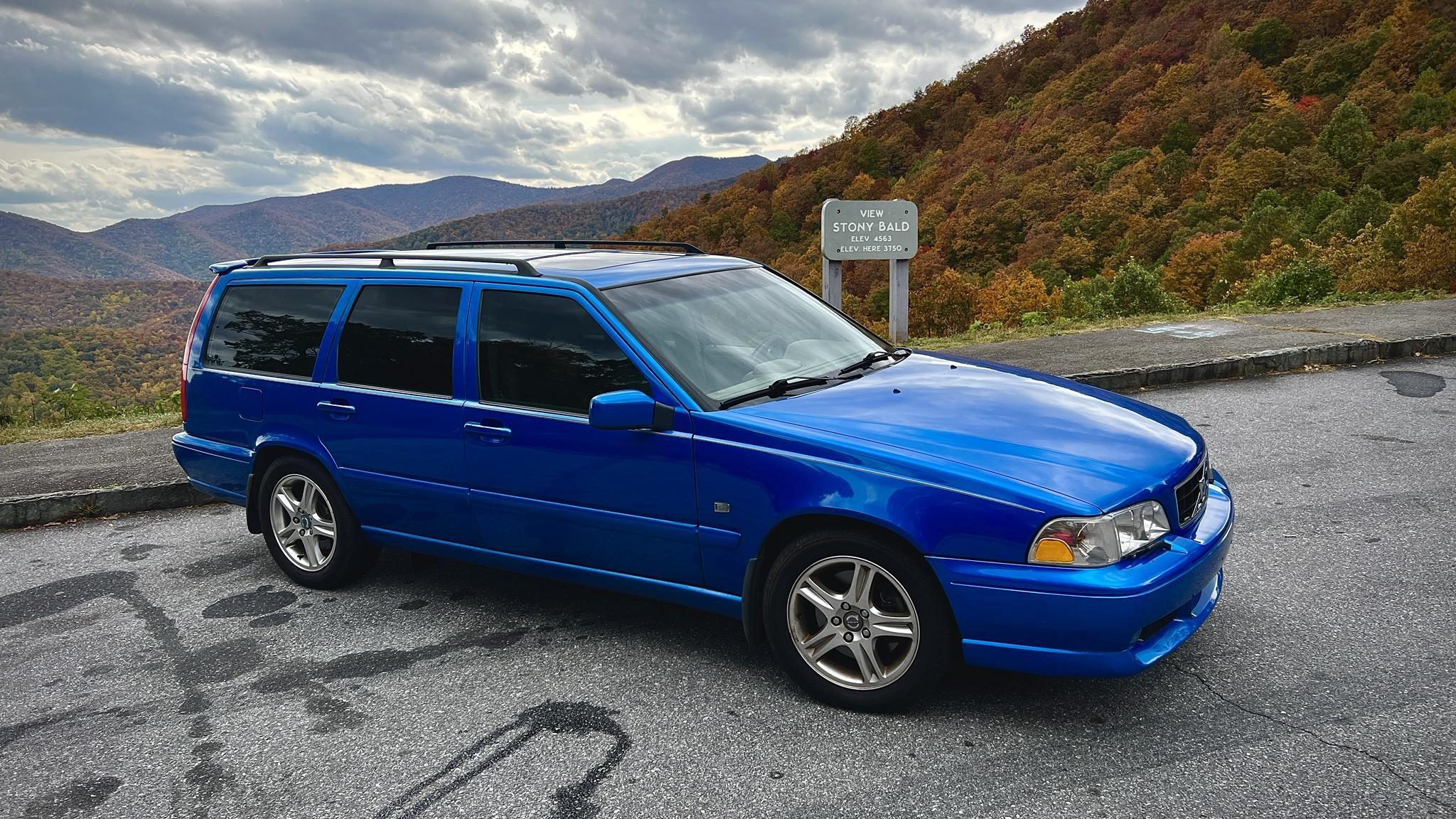 Looks great, can't wait to see it on the new wheels. The fact that this is AWD and not FWD makes this really desirable. Funny to think that the facelifted nose parts came off a later car that was still carrying this face while the V70 was being sold as a different car.

Vette Boss said:
Your car is shaping up very nicely, the best Volvo on FG.
Click to expand...

I feel slighted.
I've always had an irrational fear of anamorphic armadillos.​

He didn't say your's was the worst, so I will! 😛
"I wish for an America that matches the marketing materials.” - @HardcoreHistory

Not an 850 with cut O2 sensor wiring and a missing cat?

93Flareside said:
Not an 850 with cut O2 sensor wiring and a missing cat?
Click to expand...

What car is that?
"I wish for an America that matches the marketing materials.” - @HardcoreHistory

GRtak said:
What car is that?
Click to expand...

It was mine for half a year. My little brother now has it.

Matt2000 said:
Looks great, can't wait to see it on the new wheels. The fact that this is AWD and not FWD makes this really desirable. Funny to think that the facelifted nose parts came off a later car that was still carrying this face while the V70 was being sold as a different car.
Click to expand...

The AWD is...fine. Honestly, I don't care much about it. I've driven my FWD S70 for over ten years now in all kinds of weather. With proper tires, I've never had issues. I currently live in a state that barely gets any snow, so I don't think I'll ever even feel the AWD working and needing it.

It's a pre-Haldex system but it also has a viscous coupler. The AWD is always engaged, sending about 10% torque towards the rear, and it can send up to 50% but that would be in very extreme conditions (almost impossible). The rear end is actually derived from the 700/900 series cars, so it's pretty sturdy (unnecessarily so).

The biggest issue. The automatic gearbox. The final drive is 2.71:1 and there are only 4 forward gears. It's far from ideal for performance with such long gears. And because it is from 1999, there is no geartronic, so you can't even force it to hold a lower gear. It's supposed to have "smart shift adaptation" based on the driving style, but it doesn't really do much. In theory, the car could be really fun if you could force it to stay in 2nd gear (good for 65mph).
"It's the difference between watching great sex and having good sex." - Labcoatguy on the difference between an automatic and a manual gearbox. 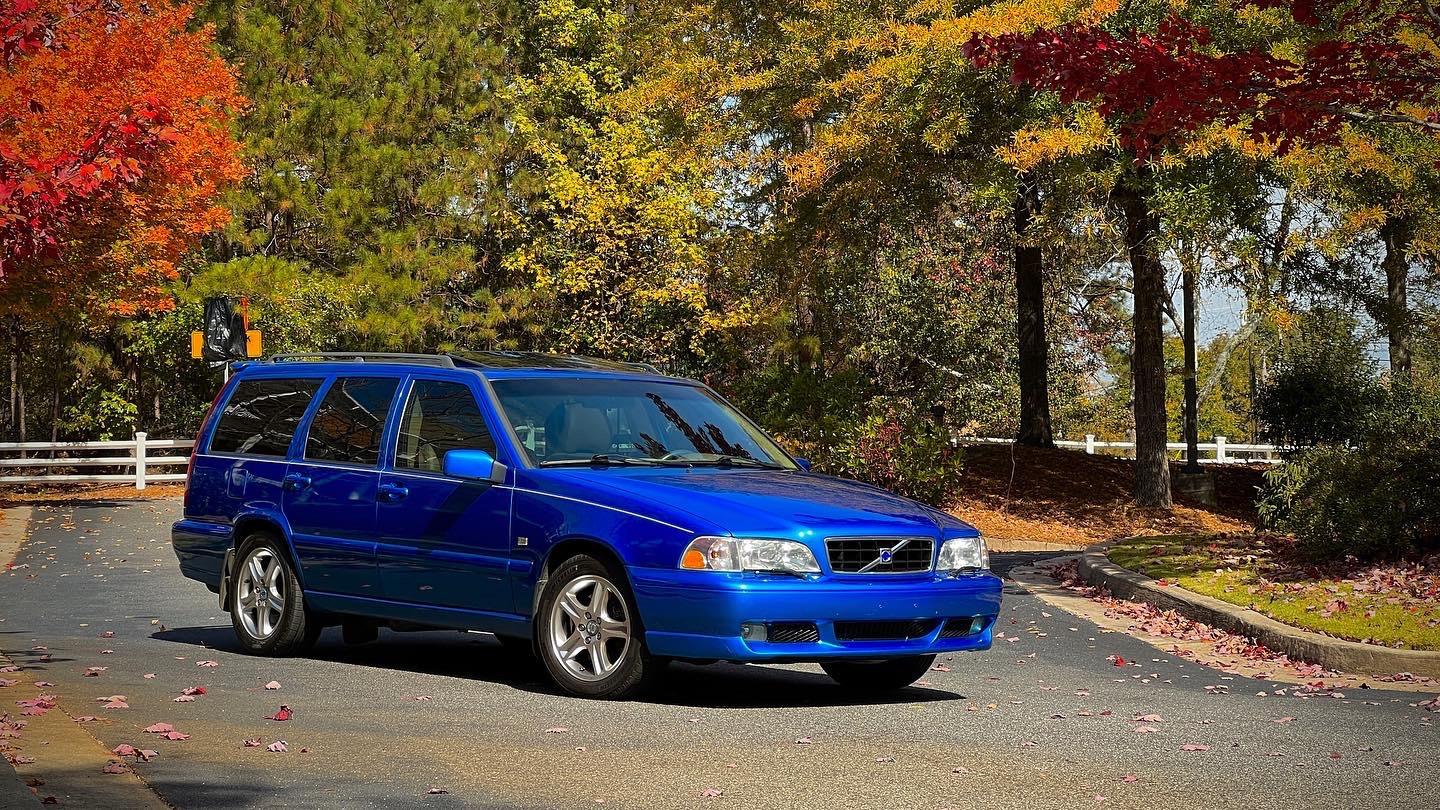 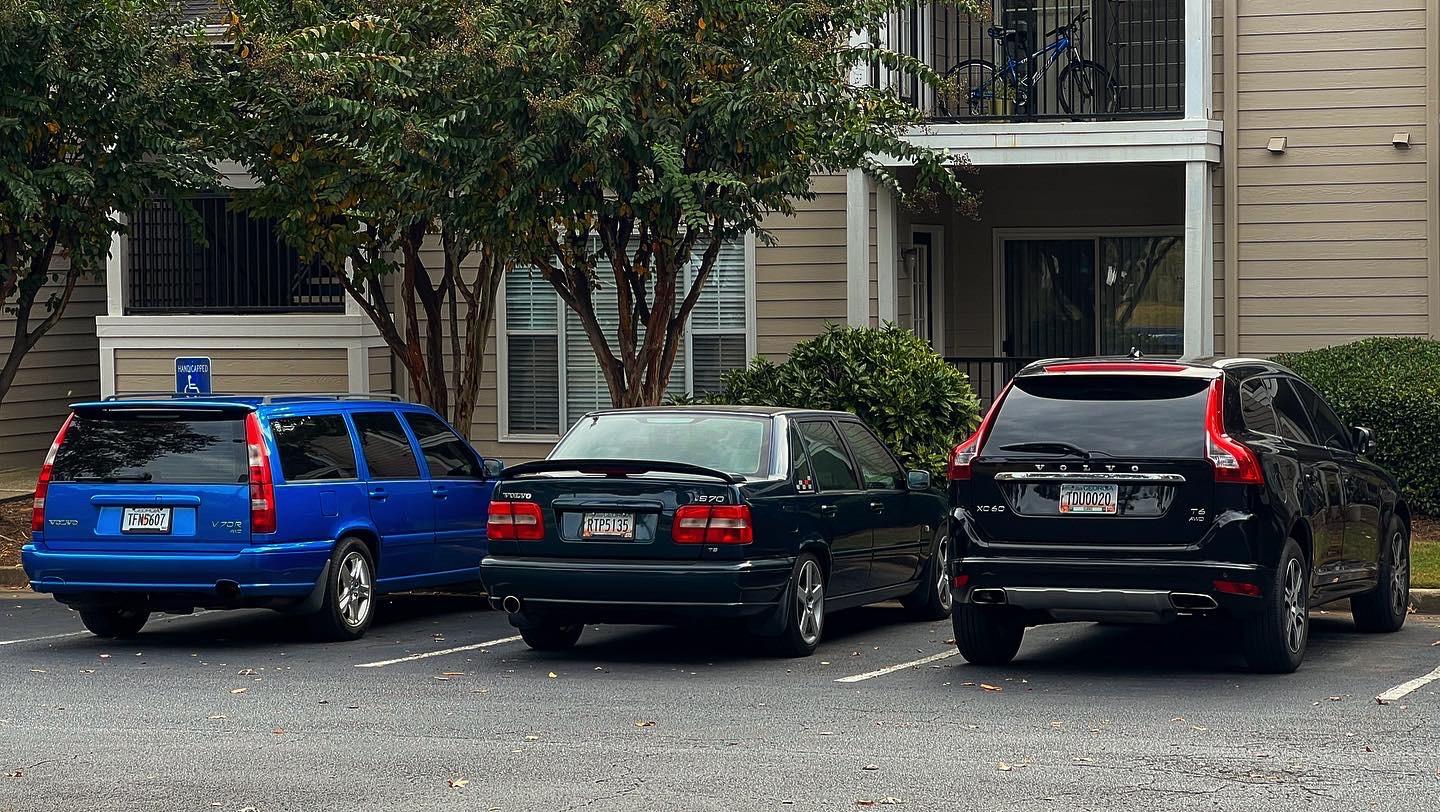