Anyone have experience with micro 4/3rds format cameras?

... aaaand i got myself a cheap-ish HLD-7 and 2 additiona batteries already. which will probably arrive here before the E-M1 itself, because ebay. but you never know, it's not been marked as shipped, but some people simply don't give a damn about that to surprise you here we go! aw yiss! ... sad thing is, my additional batteries haven't arrived yet, so the grip doesn't really make much of a difference
edit2: just gotta complain! batteries arrived as well

So I took my 1st-gen Panasonic 20mm f/1.7 into a cave, and it helped me take some stunning pictures. This is the first non-kit lens I bought all the way back in 2009, and it's pretty much my hardest-working piece of glass. Sometimes I wonder why I even bother with interchangeable lenses; if I could combine this lens's light-gathering ability with my E-M5's image stabilization into a single fixed-lens camera, I can see myself exiting the interchangeable-lens game entirely. 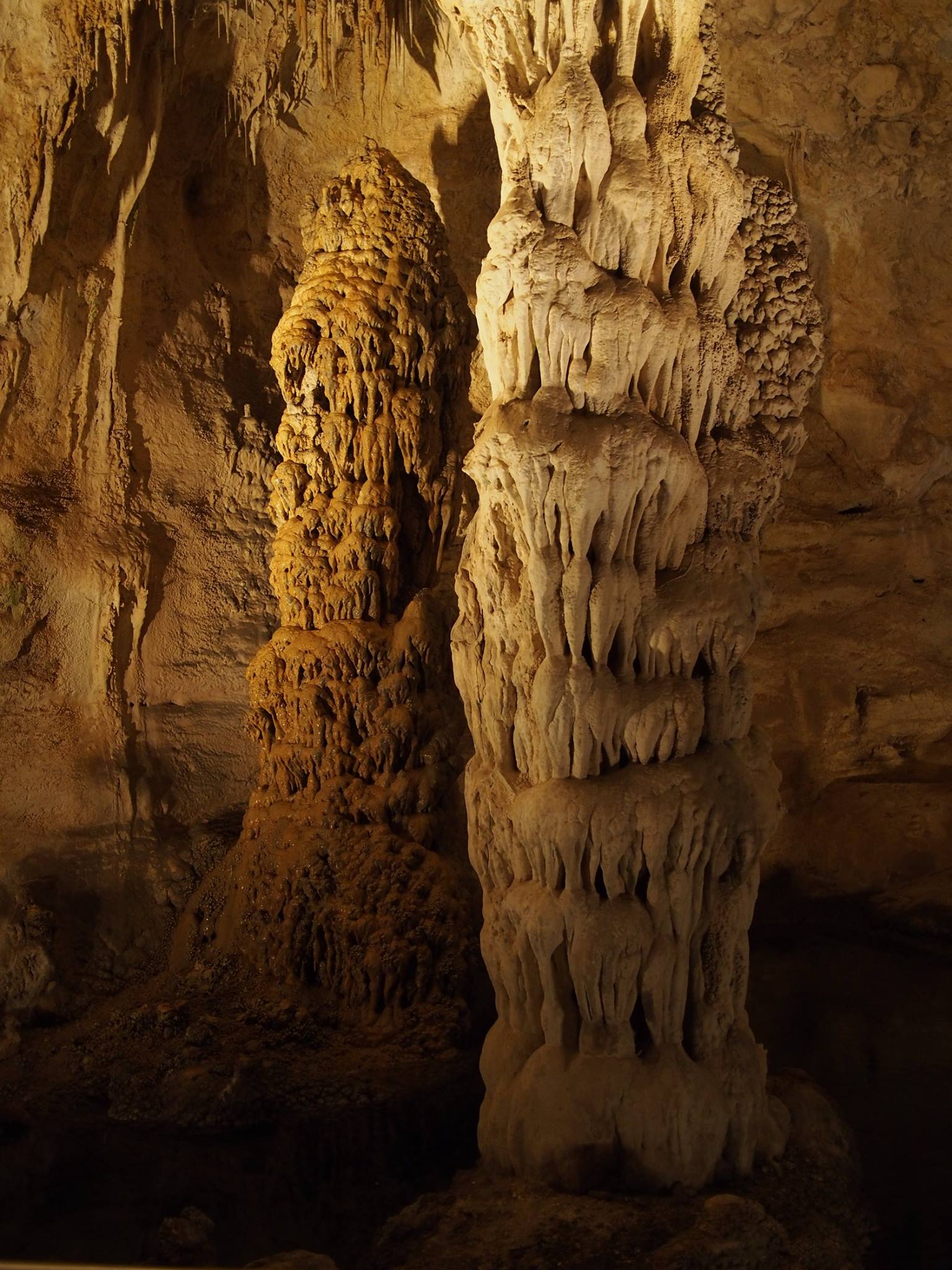 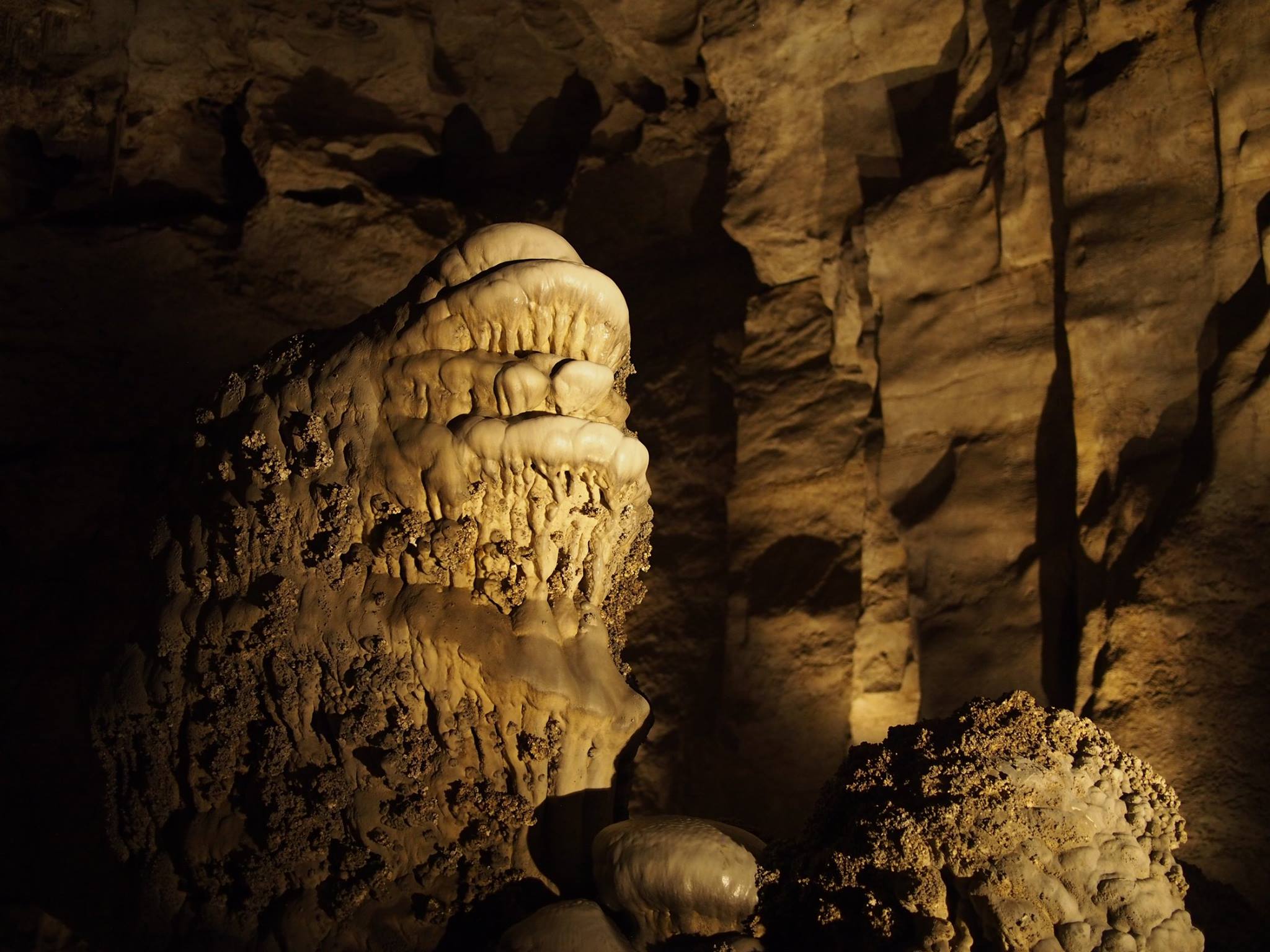 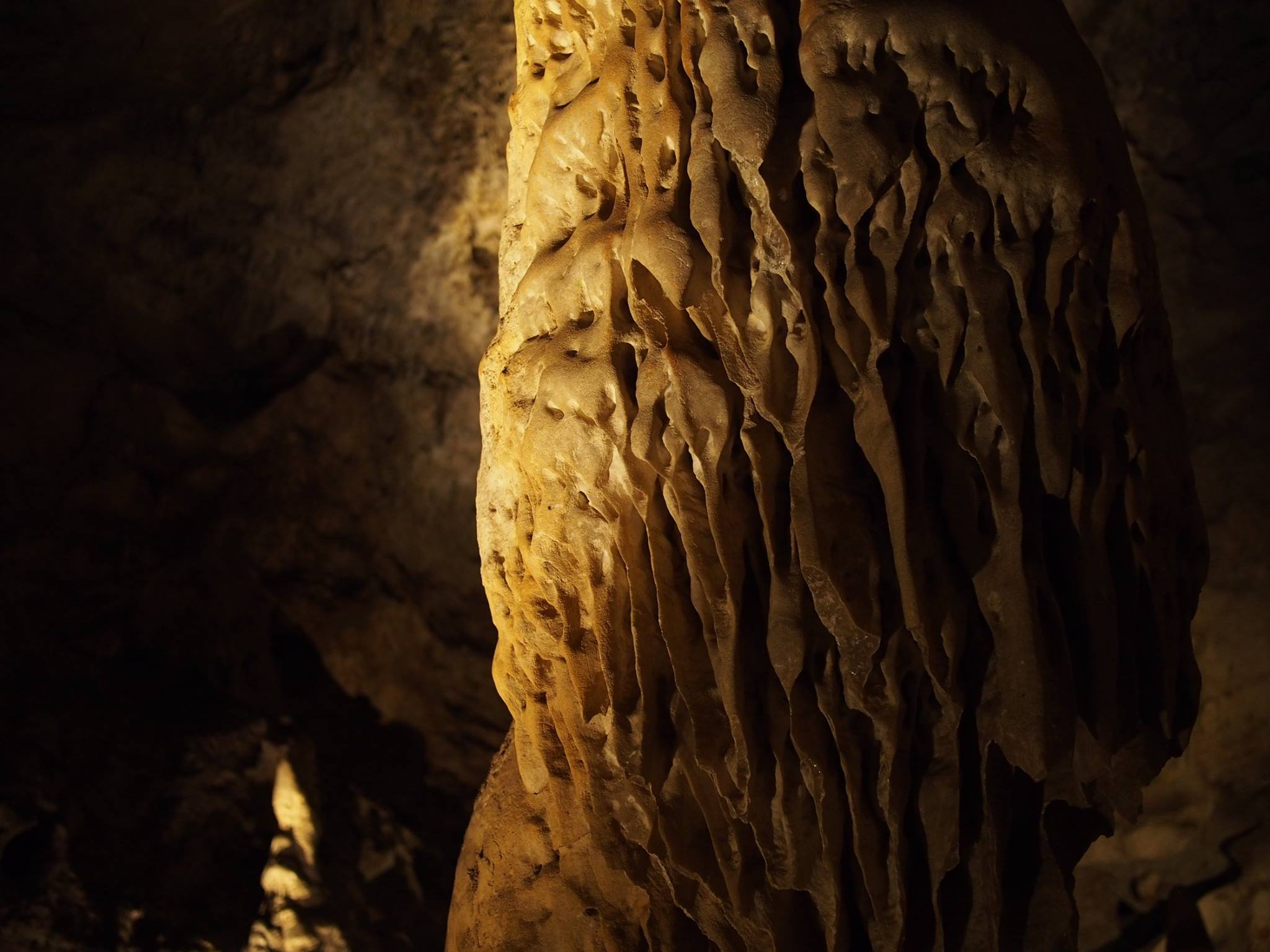 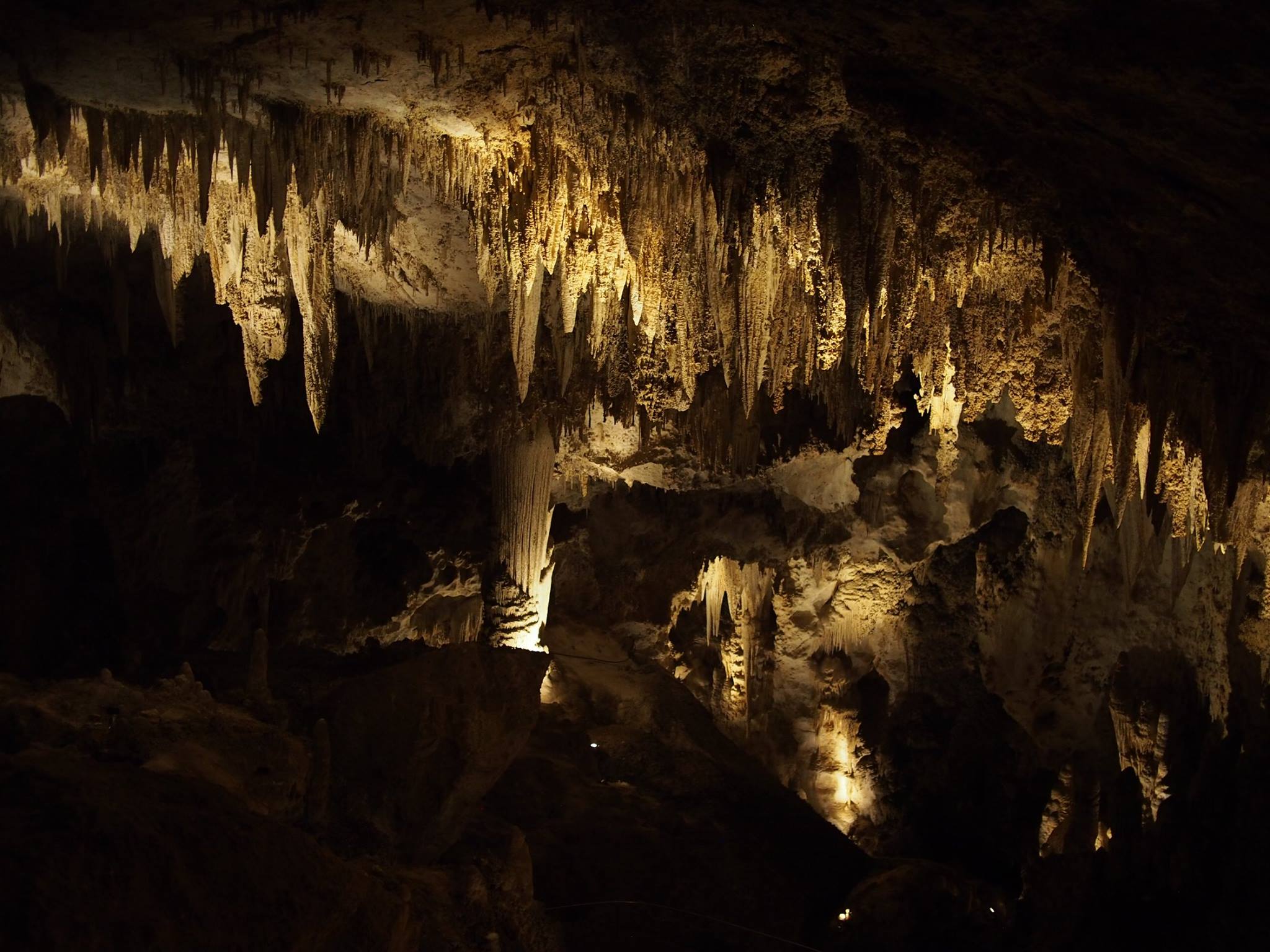 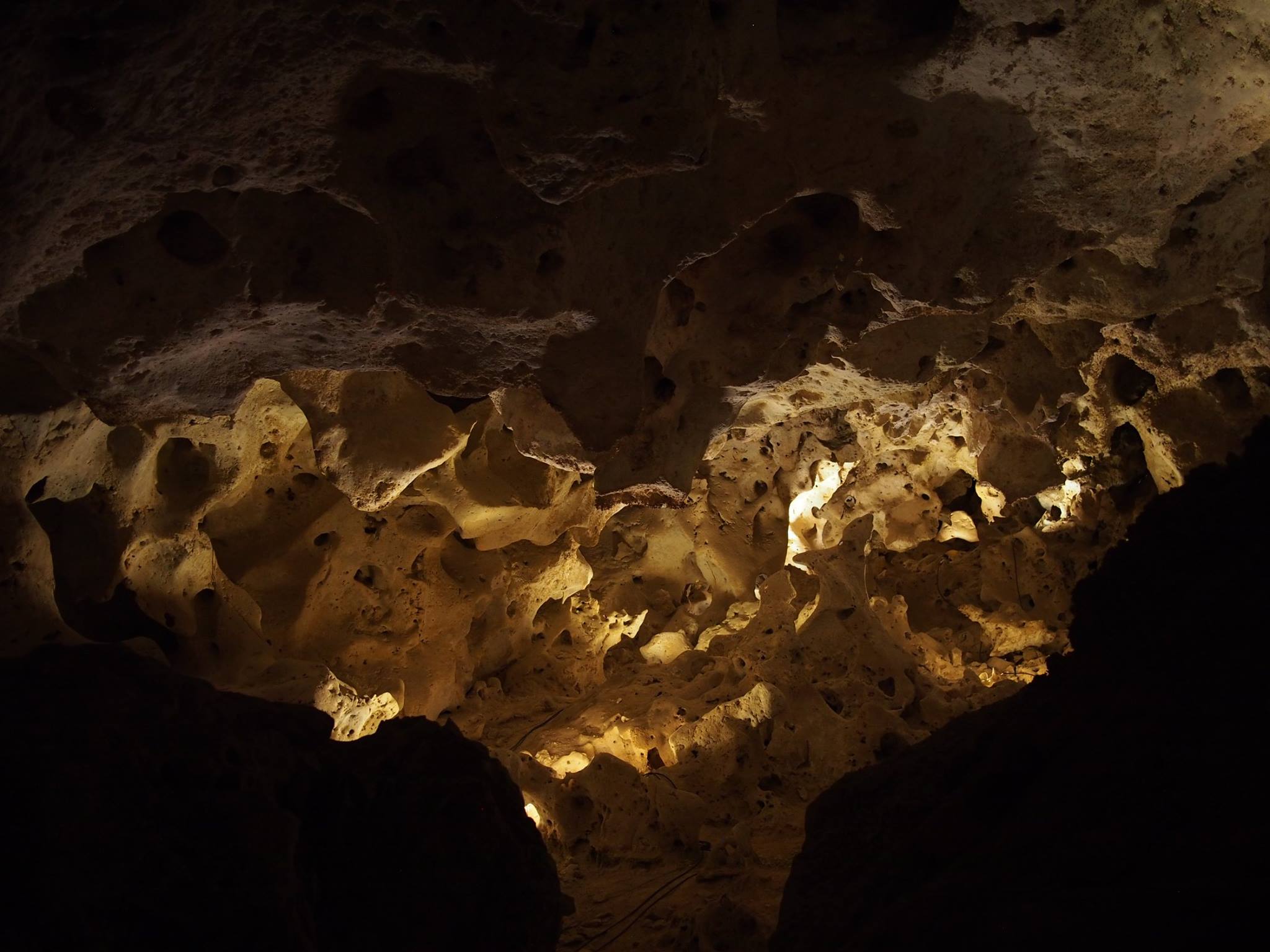 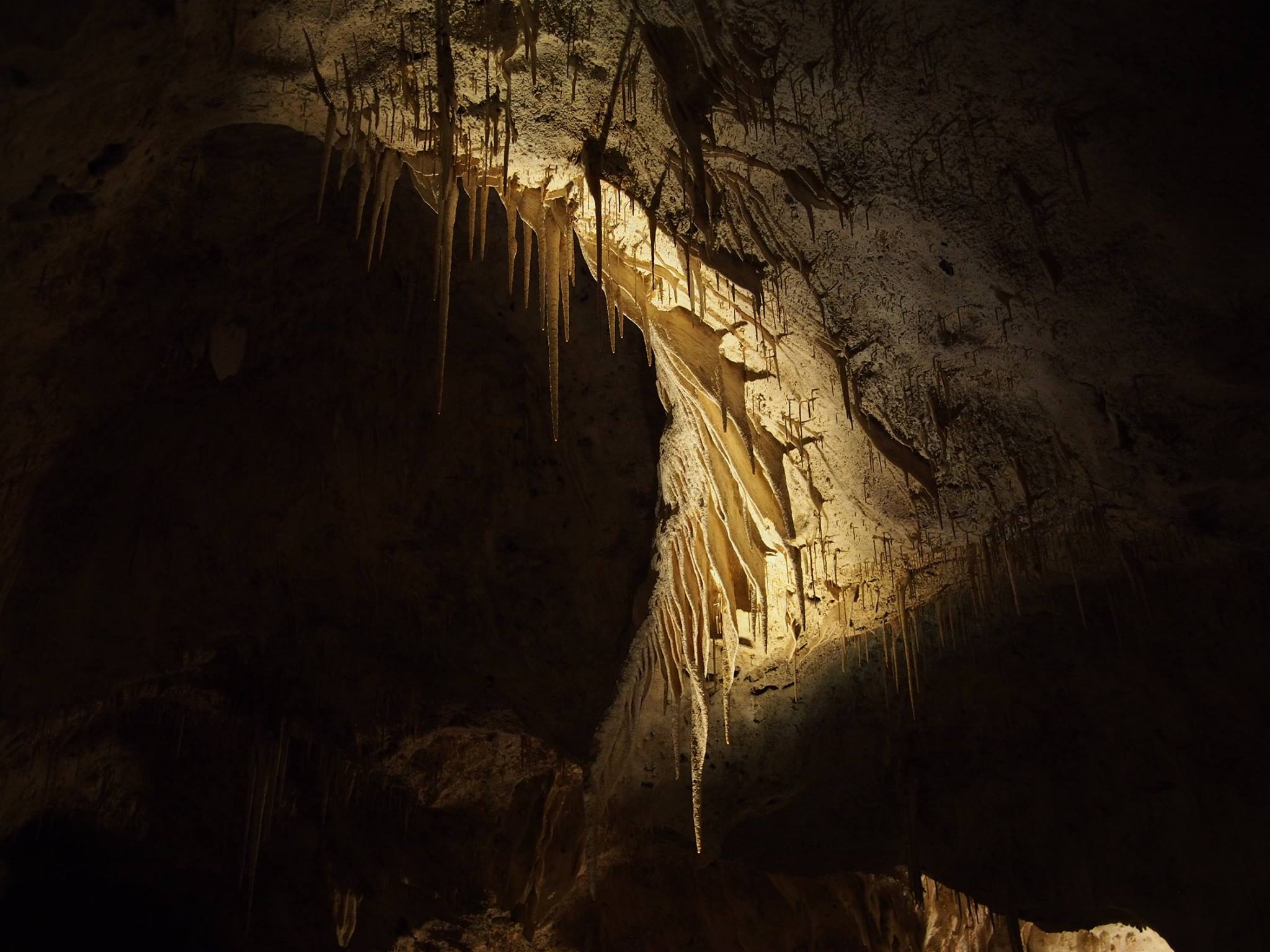 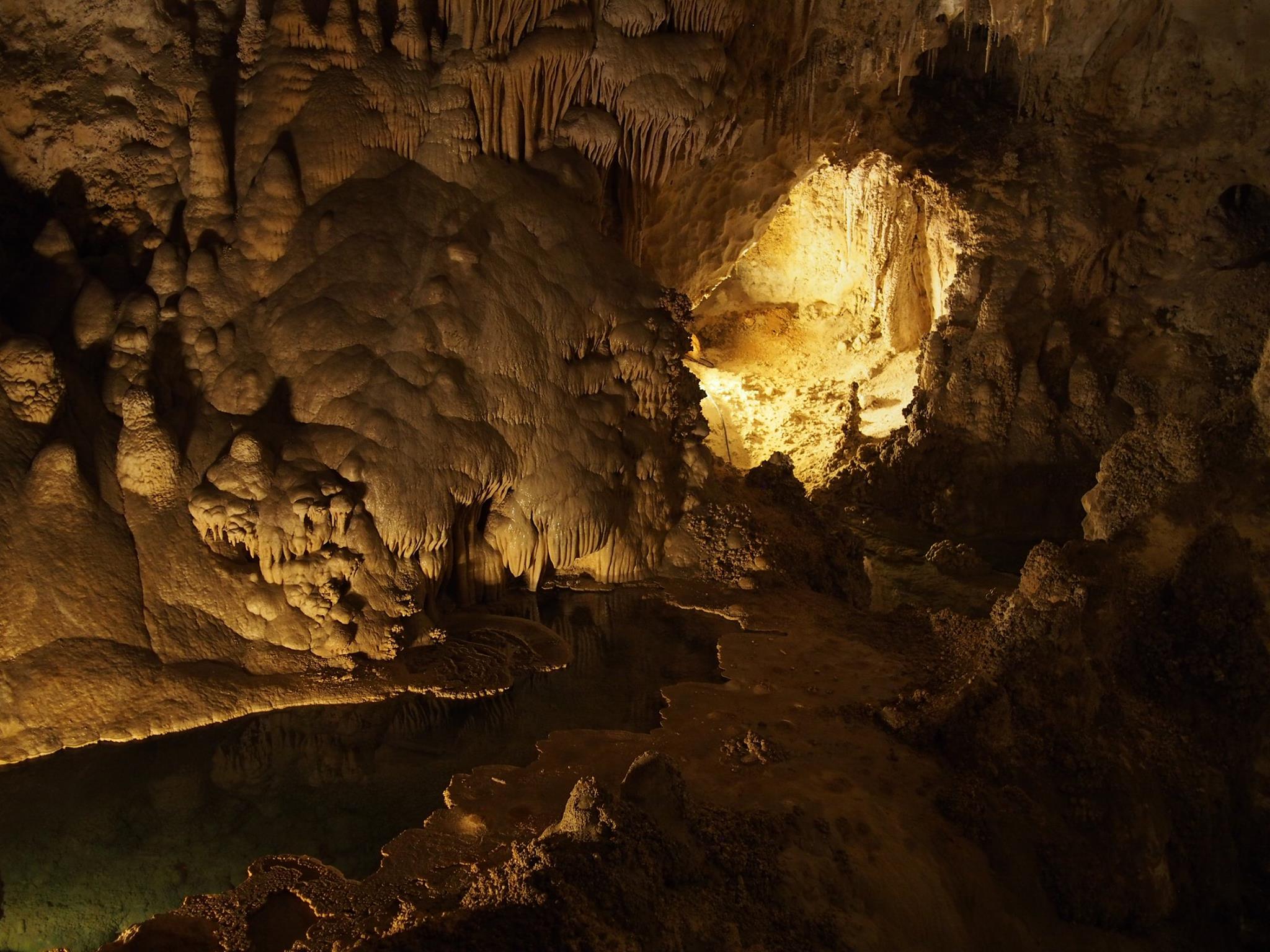 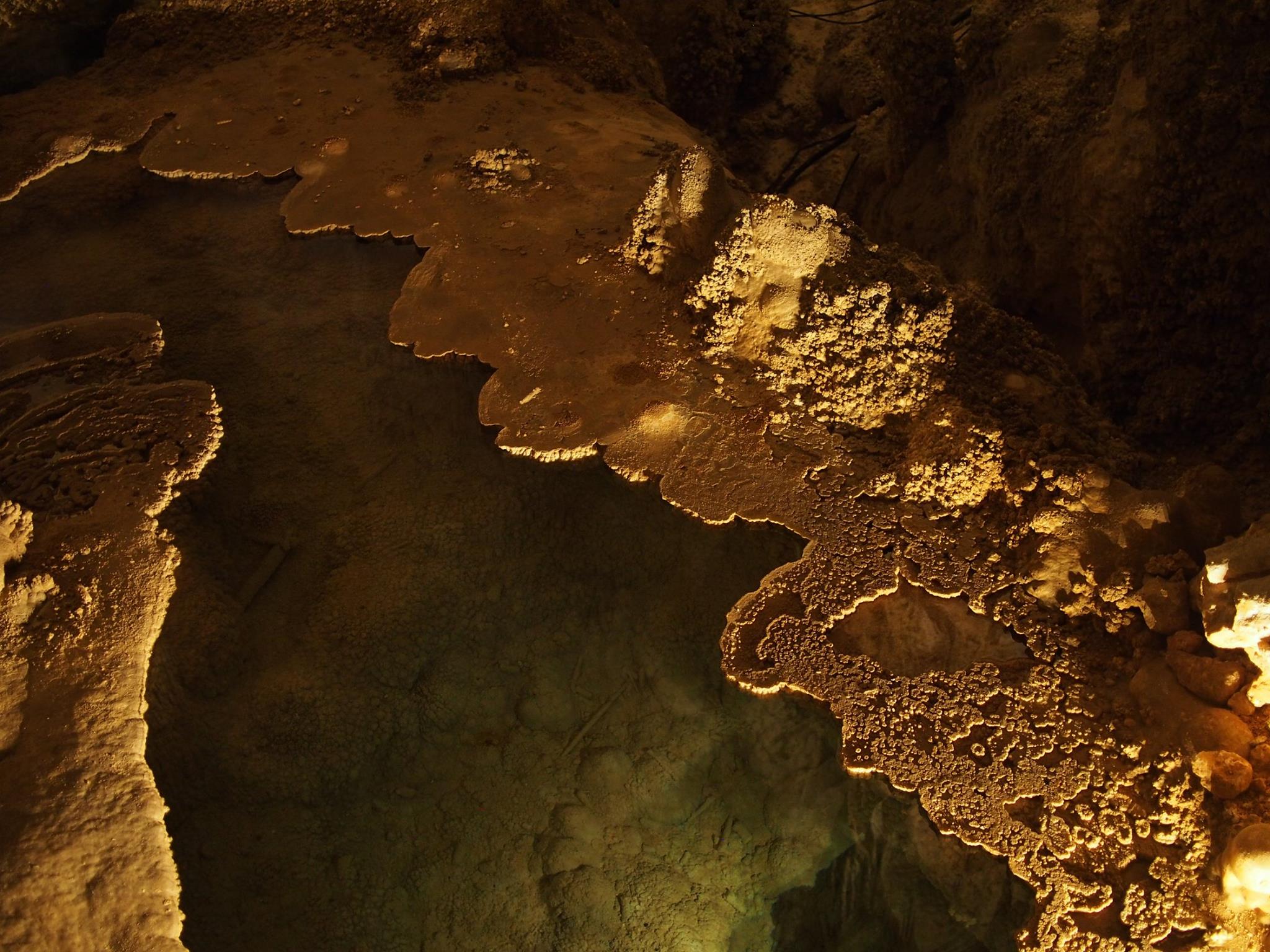 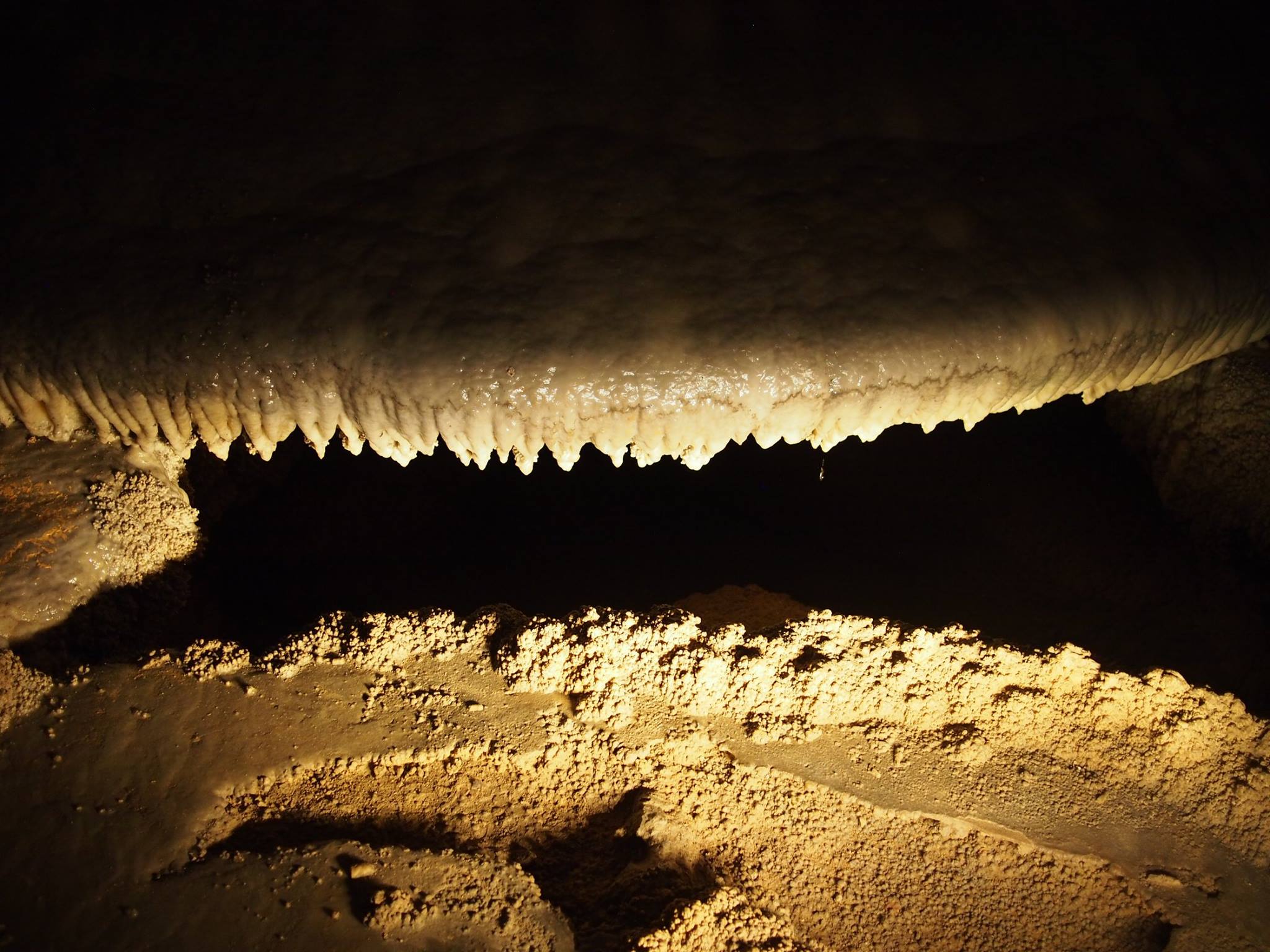 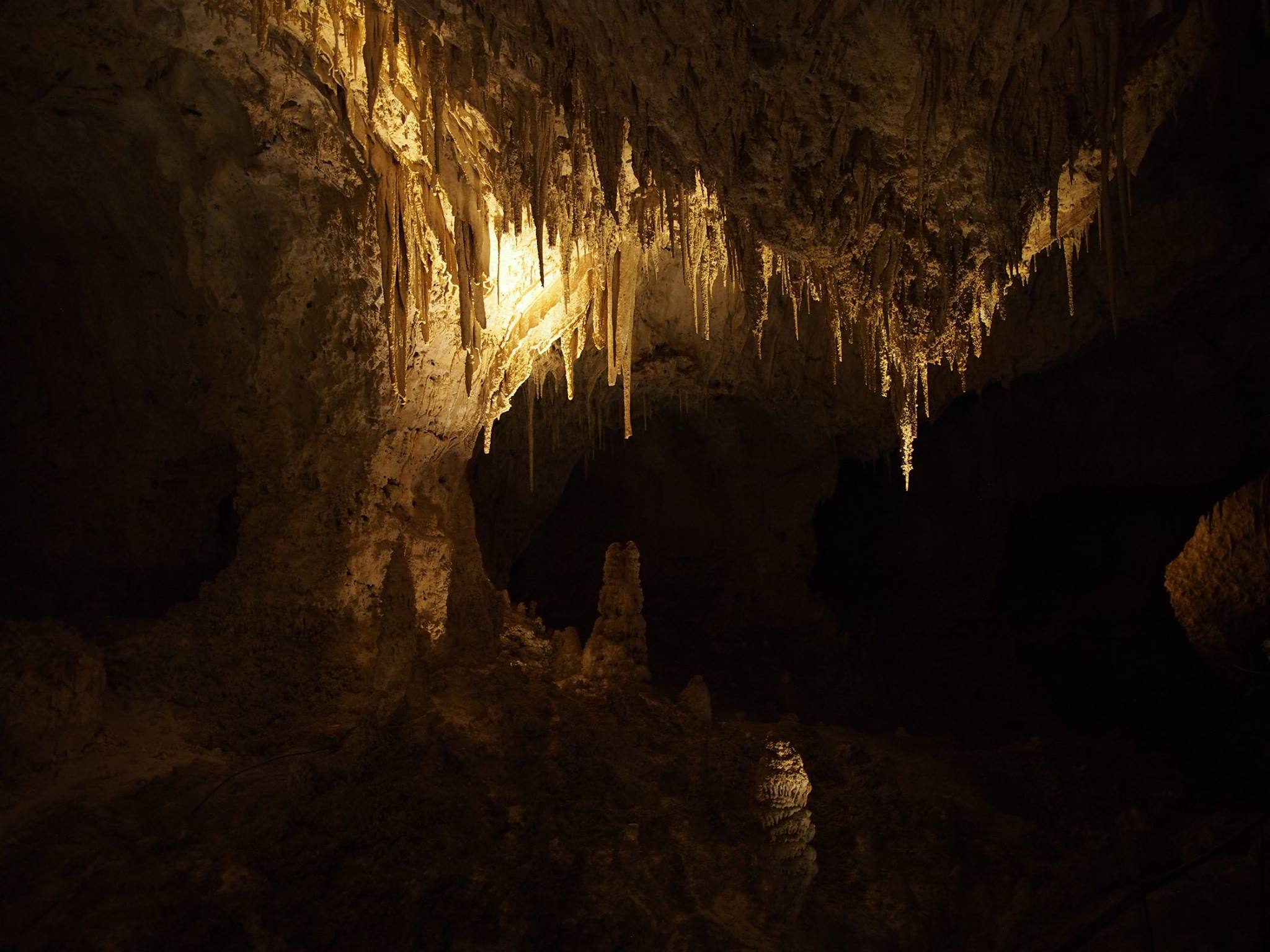 I forgot that I have it all too often... But every time I remember to use it, I'm blown away by the results.

Olympus will introduce a new PEN camera by the end of January: This is the world?s first image of the new PEN-F! The camera we first ?rumored? months ago. The image got leaked via Digicameinfo. The cameras has the 75mm Zuiko and a small grip. Lot of dials on the top and the integrated viewfinder in the corner can be seen too.

Those are the specs we got from our sources:

I do like my pancakes, so that's really helping its case; yeah, the AF is annoying, but I don't do enough low-light action photography to get another MSC lens (40-150mm 4-5.6 is enough for now). Dat big glass though.


marcos_eirik said:
Olympus will introduce a new PEN camera by the end of January:

Ooh. This might be enough to get me back into the PEN game.

It's going to be named Pen-F: It will be announced Januar 27th. Moar pictures here.

I had an E-M10 and 25mm Nokton 0.95.. Lovely combo. Sold them for a Sony A7 and 50mm Leica Summarit because "FULL FRAME FUCK YEAH". Instant regret. Awesome lens, uninspiring and flimsy camera. Sold them and got a Ricoh GXR with the leica mount module. still struggling..Still, the E-M10 and 25mm Nokton is my favourite combo, and I'm thinking of going back to that setup. There are no interesting 50mm lenses available for the A7, other than legacy and Leica lenses that either suffer from a fucking thick adapter or ridiculous price. FF SLR bodies again are expensive. m43 is pretty much the closest thing you can get to an old film SLR. The size of an E-M10 with the 25mm Nokton is comparable to the Spotmatic with a 50mm 1.8. A 5D with a 50mm 1.8 is fucking massive in comparison, but still an option I'm considering. Currently on a GXR with 28mm Voigtl?nder Ultron, 40mm equivalent, roughly.

So by random chance I got my hands on a M.7-14 2.8 pro just ahead of a trip to iceland at the end of august. Totally random chance, I tell you, I wasn't looking for a chance to pick that up at all! The few shots I've taken with it by now confirm it's very much an awesome lens, super happy with it!

So, today were the first presentations of the new flagships panasonic GH5 and olympus E-M1mk2. Anyone check those out? I am watching the olympus presentation right now, at the moment, I'm quite hjappy with what I'm hearing

- holy shit 60fps raw wtf
- nice 121 cross type AF points with whole new AF system
- same form factor and design was a given i guess...
- better battery was bound to happen
- what's with the crowd, nobody seems to give the tiniest of shits
- new sensor: 20mpix - same as in pen-f? all new? no idea what's going on here to be honest. meh.
- why the hell is my youtube stream breaking down?
- truepic 8 processor - meh, double quad core, but what for?
- ruined by youtube screwing up, thanks again youtube
- 4Kp30 video was already known, don't care... 237Mbps sounds quite nice though.
- FFS YOUTUBE everything is screwed up I hate this!!!
- better dynamic range sounds nice
- uhh, high res shot with the image processor removing the blur from moving subjects? how does that even work?
- new pro series lenses... I'm still happy with the three pro zooms I have. I'm out.
- new accessories: hld9 ofc, but comes with a keypad, nice i guess; new flash, new remote, waterproof case, blablablabla all rather boring.
Click to expand... Panasonic Develops the World?s First*1 4K 60p/50p Video RecordingDigital Single Lens Mirrorless Camera [DSLM] LUMIX GH5 Featuring ?6K PHOTO?*2
Cologne, Germany (September 19, 2016) ? Panasonic today announced that it is in development of a new Digital Single Lens Mirrorless (DSLM) Camera LUMIX GH5 that is capable of recording smooth, high-precision 4K 60p/50p and faithful 4:2:2 10-bit 4K video*3 for the first time in the world*1. It also features ?6K PHOTO?*2 which extracts approx.18-megapixel still images from ultra-high-quality video with approx. 9 times the pixel count of Full-HD. The new LUMIX GH5 is scheduled for commercialization and introduction to the global market in early 2017.
Panasonic has been committed to the development of innovative digital cameras under the theme ?Create a New Photo Culture in the Digital Era.? The world?s first Digital Single Lens Mirrorless camera LUMIX DMC-G1 was introduced in 2008*4 and the subsequent DMC-GH1 achieved the world?s first Full HD video recording in 2009*5.
In 2014, Panasonic introduced the DMC-GH4, which realized 4K 30p/25p video recording for the first time in the industry*6. At the same time, Panasonic proposed a new and unique method of photography called ?4K PHOTO? which allows users to capture fleeting photographic moments that even the eyes cannot catch, by using super-fast 4K resolution video frames at 30 fps that can be saved as high-quality photos. As a result, the DMC-GH4 is highly acclaimed for its exceptional hybrid performance in both photography and videography by a wide range of professional users worldwide ? not only photographers but also cinematographers in the film production field, as well as emerging photo/video-hybrid creators.
By advancing Panasonic technologies, such as digital signal processing and heat dissipation, and packing them into the compact, lightweight body of a Digital Single Lens Mirrorless camera, the LUMIX GH5 enables 4K 60p/50p and 4:2:2 10-bit 4K video recording*3, which has never before been achieved *1. With this unprecedented video recording performance, Panasonic aims to further capitalize on the strength that it has achieved in the film production industry.
In the LUMIX GH5, the conventional ?4K PHOTO? function is dramatically advanced to form ?6K PHOTO?*2which lets the user cut a still image out of ultra-high-quality approx.18-megapixel video with approx. 9 times the pixel count than Full-HD. Taking advantage of its high-speed, long-time burst shooting capability, spur-of-the-moment shots can be saved in beautiful photos with higher resolution that complies with larger-sized printing by substantially increasing the resolution from approx.8-megapixel(4K PHOTO) to approx.18-megapixel (6K PHOTO*2). Furthermore, approx.8-megapixel 4K Photo images can be captured at a super-fast 60 fps.
*1 For a Digital Single Lens Mirrorless camera, as of 19 September, 2016 (Panasonic survey).
*2 ?6K PHOTO? is a high speed burst shooting function that cuts a still image out of a 4:3 or 3:2 video footage with approx.18-megapixel (Approx.6000 x 3000 effective pixel count) that 6K image manages. The name ?6K PHOTO? is tentative.
*3 In 4K/30p, 25p, 24p, 23.98p video recording.
*4 For a Digital Interchangeable Lens System Camera, as of 12 September, 2008 (Panasonic survey).
*5 For a Digital Single Lens Mirrorless camera, as of 3 March, 2009 (Panasonic survey).
*6 For a Digital Single Lens Mirrorless camera, as of 7 February, 2014 (Panasonic survey).
Click to expand...

That E-M1 II seems like quite the upgrade! Then again, it is only work in progress... Let's see how much of that they can deliver on time and working properly!

Both lenses are now sold, thanks to everyone who messaged me making offers, they are now in the hands of a new owner

Sent from my ONEPLUS A3000 using Tapatalk

Uuuughhh, after reading a few (way too many of course) reviews and the camera now being more and more available, the GAS is strong with the E-M1 mk2. Somebody talk me out of it please!

eizbaer said:
Uuuughhh, after reading a few (way too many of course) reviews and the camera now being more and more available, the GAS is strong with the E-M1 mk2. Somebody talk me out of it please!

Does that ever work against GAS?

eizbaer said:
Uuuughhh, after reading a few (way too many of course) reviews and the camera now being more and more available, the GAS is strong with the E-M1 mk2. Somebody talk me out of it please!

I won't, i encourage you to spend that money so we can benefit for free (reverse psychology).

Disclaimer: huge post, I shamelessly copied the entire press release, because why the hell not (I sort of dislike Tony Northrup, but what the hell, this is probably the most complete video out there)