To much oil and money, must be the reason for this ugly betty.

The thing that confuses me about that is that it has the front end of a W140 coupe despite it having four doors.

Now that looks like fun, even though it's a replica

If someone built that in America it would be listed under Carbage.

crookie said:
Now that looks like fun, even though it's a replica

Blind_Io said:
If someone built that in America it would be listed under Carbage.
Click to expand...

Rallying Rolls Royces are cool, even if built on the moon. That thing is actually a tubular chassis car with a Checy 5.7 and Toyota 4WD. It was disqualified in 1981 but it went on to finish the rally.

Here's what the same guy (Thierry de Montcorge) took to Paris-Dakar in 1984. Looks pretty useful in case of a sudden zombie apocalypse. 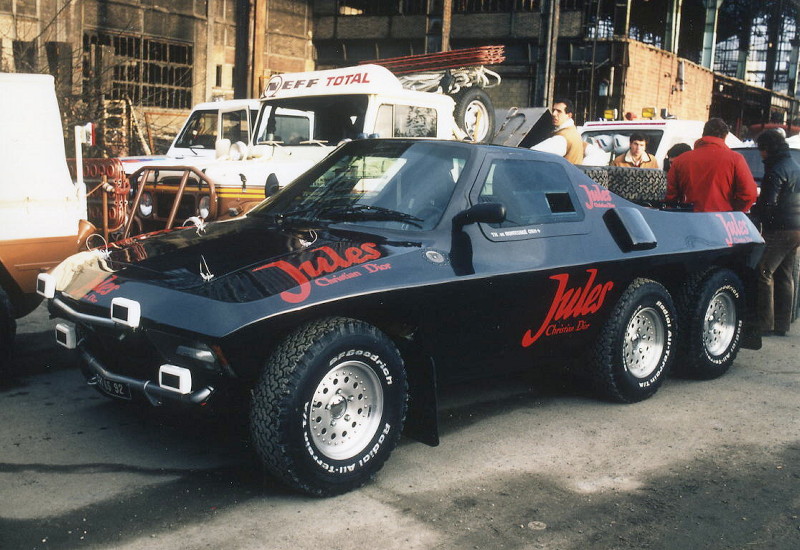 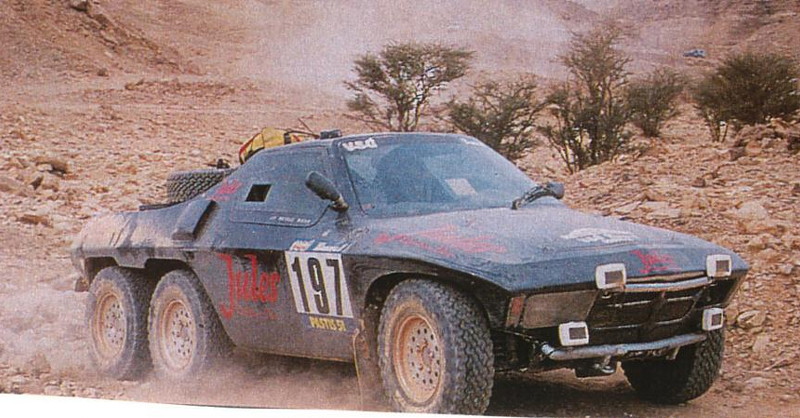 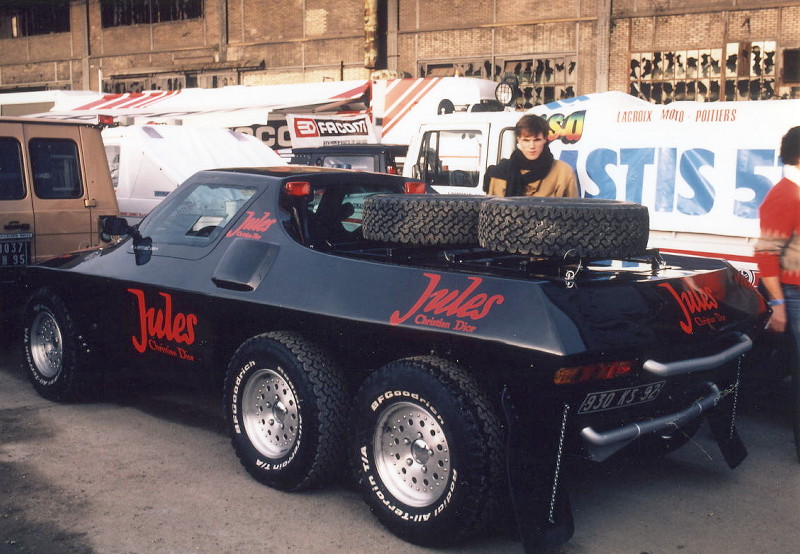 Why was the not-a-Rolls disqualified, and how did that six-wheeled beast do?

Blind_Io said:
Why was the not-a-Rolls disqualified, and how did that six-wheeled beast do?
Click to expand...

As far as I know the Rolls was doing pretty well until it broke a steering axle and got in to an accident. It took so long to repair the car that they were disqualified, but they went on to finish the race anyway, being one of the 40 cars finishing (out of 170).

Hard to find any info on the 6x4 but apparently it retired due to chassis damage. Interesting fact, the car even had a power unit for a welding torch.

As for this 6x4, it's four wheel drive, despite having six wheels. Personally, it reminds me of the protagonist's vehicle in the arcade classic, Moon Patrol. The mid-mounted engine is a Chevy 350, mated to a transmission from a 935 Porsche. The tubular monocoque innard is clad with Kevlar. A cool feature is a power unit for a welder's torch. According to a Google translation of a French site, the chassis "broke" and the car was unable to complete the rally.
Click to expand...

Well there's only 4 forward gears in that 'box anyway.
B

Guy in 917 can't drive or is drunk, riding the line the whole time.

^you think he can see any of them? the view out tends to be not that great on those...

As well, what do you think happens when sth like a 917 hits bumps or worn-out patches of the Highway? It follows them like a dog a bitch in heat.......

I want this truck!