http://erebus.nmt.edu/imagepages/icetowers/index.html
"I wish for an America that matches the marketing materials.” - @HardcoreHistory

got nothing on TV and nothing to read in the forums? you could always watch The Godfather on YouTube.

How is that not infridgement?
"It's not right, this." : Anonymous studio tech on the killing of TopGear.

It was released on the Sony Entertainment UK YouTube Channel.

Someone rep jedd for me, please.

Fridge you say? Here's an awesome one

Pedrocas said:
Someone rep jedd for me, please.
Click to expand...

Pedrocas said:
Someone rep jedd for me, please.
Click to expand...

Going fast out of rage, pride or boredom is like buying a ticket to crash.

SirEdward said:
So, was it a fake Sony account?

my apologies to all, was hoping this piece of film making classic would remain up for a while. i originally found it over at reddit and i've been back there and i found a couple of bits of information about the release.

SonyPicsUK is the name of the real channel, not SonyPicturesUK. This was a poor attempt at faking the company's identity, probably thinking that the takedown procedure involves an actual person who is stupid enough to get fooled by a banner image, and a one of poor quality at that.
If you paid attention for the first few seconds of the movie you'd seen it was Paramount and not Sony that produced the movie. Sony Pictures didn't even exist back then, they started in -19 as Columbia Pictures and got it's new name in -91 after Sony bought it in -89.
Click to expand...

So it looks like someone made a attempt to create a Sony Youtube channel in their name but without their say so. which i was stupid enough to have fallen into. it is a bit of a shame since i thought it was a really good idea and a interesting concept over video piracy.
in exchange i would like to offer this piece of entertainment and hope its awesomeness will balance out the offset made in this plage.
[video=youtube;TAJ-J5fCIoI]http://www.youtube.com/watch?v=TAJ-J5fCIoI&feature=related[/video]
Last edited: Aug 25, 2011

I understand you Jedd, I was fooled too. It's true, the logo was Paramount but... this didn't ring any bells in me. So I made your same mistake.

When something is too good to be true, it probably isn't.
Going fast out of rage, pride or boredom is like buying a ticket to crash.

:lol: that's a double-fail by jedd. 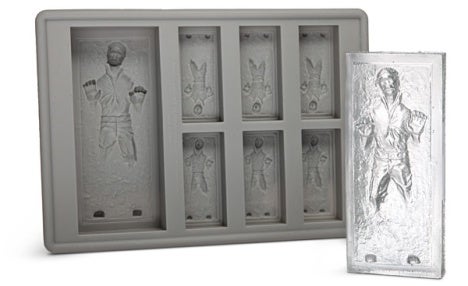 Between its awesome MinceCraft gear and 8-Bit ties, ThinkGeek might as well have direct access to our bank accounts. The company is once again tapping into our balance with its new officially licensed Star Wars Han Solo in Carbonite Ice Trays.


Each tray features six small Han Solo carbonite blocks and one large one. As expected, the ice trays are freezer safe, down to -40F. Should your sweet tooth take the best of you, the trays can be used with other liquids like chocolate. 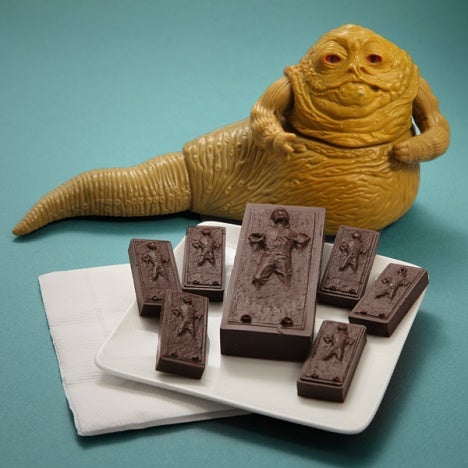 The Star Wars Han Solo in Carbonite Ice Trays can be picked up from ThinkGeek.com for $9.99.
Click to expand...

Probably the toughest triathlon in the world, goes in Norway

nah, if i'm going to fail, do it in style. might as well go for the fireball of failure exploding into a giant building of failure.

i saw this a few weeks ago, and started looking at printers