Eye-Q said:
Well, that was successful...

On starting the year off right, I wanted to do Alpe du Zwift (1:1 correct replica of alpe d‘huez) in under 60 minutes (because achievement?). In the end i managed to be quite a lot quicker at 53:05min at an average 322W

ofc I was wearing the traditional New Years top hat

Jeez 500 kms in one week is ridiculous... especially since most of those days are spent eating and digesting

My goal for last year was 2500 (which is about 5 times as much as last year) and I ended up going over 3k. That’s not bad, considering I spent 2 months unable to ride, so think 5k is doable. A stretch, but doable.

I need to get back on the bike, TBH. The basket where I throw stuff (...as in purse) broke and I've been too busy to fix it even though the parts came in. I keep considering a lil' trainer stand thing to pop up the bike and hamster-wheel-out some boredom when it's too dark to ride around, but they're pretty pricey and that hasn't happened, either.

Also, I keep wanting to sticker-bomb the frame since I have so many random stickers around the house? Seems like it'd get shredded to hell, though.

ninjacoco said:
I keep considering a lil' trainer stand thing to pop up the bike and hamster-wheel-out some boredom when it's too dark to ride around, but they're pretty pricey and that hasn't happened, either.
Click to expand...

I actually started out my indoor phase with a 50€ dumb trainer from Aldi. Without the additional features of Zwift + smarts the boredom was still an issue though. You’d have to very consciously make an effort to mix up the resistance and cadence and such... so I Never spent more than 30 minutes on the thing (better than nothing, fair enough).

Supposedly the Aldi one was pretty good! There's a video Bicycling did of a pro rider beating the crap out of it, haha. I keep looking out for that one, but apparently it's a seasonal thing and folks inflated the price way high on eBay. The stationary bikes were one of my go-to things at the gym back when going to gyms was a thing (sigh), hence the interest.

I used to use those things when I broke my shoulder, and the only way to break the monotony was to install it in front of the tv or put a tablet on the steering wheel to watch a show.

Yeah, TV definitely helps. Even with Zwift i usually have YouTube or at least some podcast running at the same time.


ninjacoco said:
Supposedly the Aldi one was pretty good!
Click to expand...

Tbh for 50€ it is bloody brilliant! I’d happily give you mine, but I think shipping to the US may not be a financially sensible thing to do

Also, ninja, have you thought about where place your massive balls while cycling? Wouldn’t want you to hurt yourself and/or destroy your house in the process.

Dangling balls can be a real hazard you know

NooDle said:
Also, ninja, have you thought about where place your massive balls while cycling? Wouldn’t want you to hurt yourself and/or destroy your house in the process.

Dangling balls can be a real hazard you know
Click to expand...

They don't even fit in my house...or on my neighborhood......or on this teeny tiny planet, really. I'm fine.

I did some 1800 km or so on the bikes last year.... funny, I thought it would be more. But the only really bike-heavy months were June and July.

This was after yesterday's ride. Decided to take the old rails back to the office. That was more fun than taking the streets.
I've always had an irrational fear of anamorphic armadillos.​

This thread doesn't have enough action, so here's more photos of the Surly on a ride from yesterday. 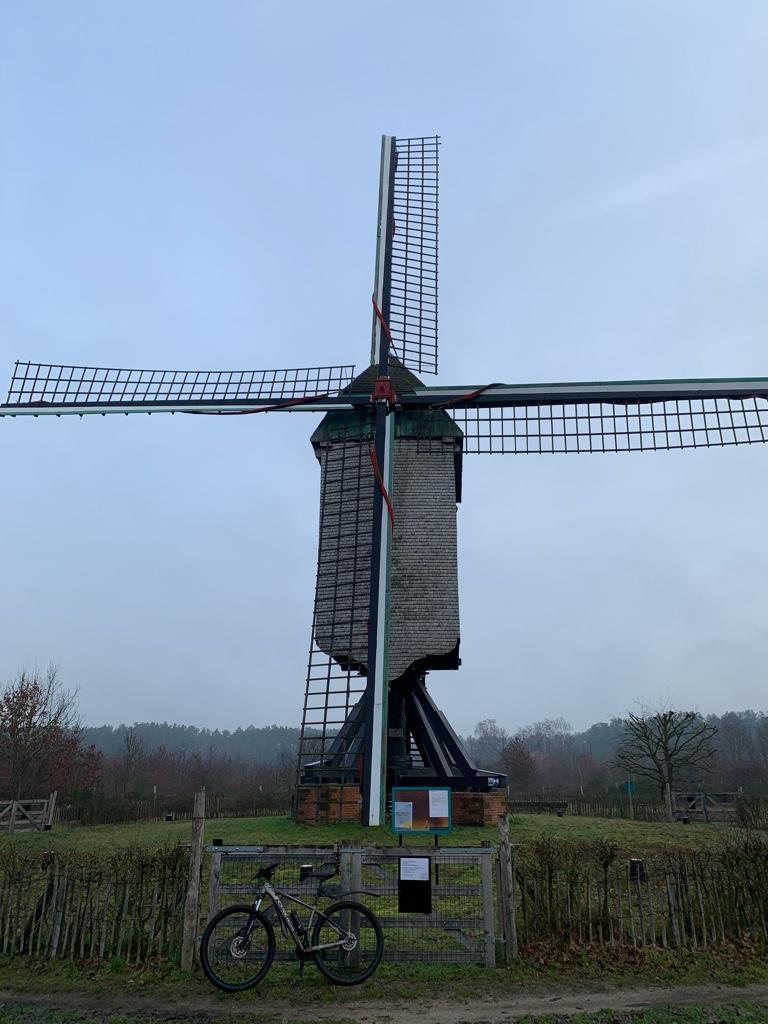 Here’s me at a windmill I just discovered. It’s something

CraigB said:
This thread doesn't have enough action, so here's more photos of the Surly on a ride from yesterday.

I quite like that green.
Moths are just goth butterflies.​

I really wanted the other frame color, wet clay, but this is much more interesting (green astro turf).

I do have a set of white stickers to replace the black. I think that'll be a bit better visually.
I've always had an irrational fear of anamorphic armadillos.​

#Spikingbiking - today there was actual snow coming down, I'd guess about 10 cm, and I'm in the suburbs of Hamburg so no snow ploughing to speak of after about 6pm. I have a set of spiked tires for the cargo bike so why not use them for once? As for light, I can mount three front lights on the cargo bike. One is permanently attached and connected to the hub dynamo, that pumps out up to 100 lux, additionally I have two rechargeable lights at 70 and 50 lux. As you can see they don't blind other people since they don't have a round light pattern, instead they have light patterns similar to car headlights.

The last two pictures are from the actioncam I mounted below the cargo deck, that actually makes quite decent picture quality even in the dark just with the front lights illuminating the surroundings. That makes a pretty interesting perspective to see the wheel turning and the cargo deck bouncing since it's comprised of old bicycle tubes.

So my bar tape started disintegrating... and in the Spirit of HOW HARD CAN IT BE (stop saying that), I watched a 3 minute YouTube tutorial and off I went. Result is surprisingly alright!

I've already made some noises about it on Telegram but I finally gave in and bought a bike, the first one I've gotten after school. I figured that since I got a bit of a company bonus after a globally demanding year, I should spend money on actually getting something that makes a difference instead of spending it all on a car as I'd say the car part of my life is pretty well catered for. We now live in the countryside where there's a lot of different routes for biking, so it's less of a hassle than handling a bike in an apartment block and it's also less likely to get stolen.

Originally, I wanted just to go right out and buy another Kona, as I've liked the brand ever since I got one 25 years ago (and I still have it, it's just too small!) However, the pandemic has made all bike trade and exercise equipment trade a bit challenging as everyone now wants some gear they can use with their newly found spare time / working from home time, and the Kona dealers nearby couldn't really get me anything gravel or cyclocross related, as they only had mountain bikes that wouldn't really feel ideal on the roads here. I couldn't even try anything for size, and it was the same story at a Trek dealer. I asked about stuff online and was directed towards Cube, which is a German brand about which I feel about as strongly as the hi-fi brand Dual or Opel, so not much at all! But it seems they are quite affordable even with decent parts, and as my cycling enthusiast boss recommended I get something with Shimano 105 instead of Claris or other low-end gearsets, Cube seemed to fit the bill just fine. I also ended up considering hydraulic brakes instead of mechanical ones, just because the bump in price wasn't that big. 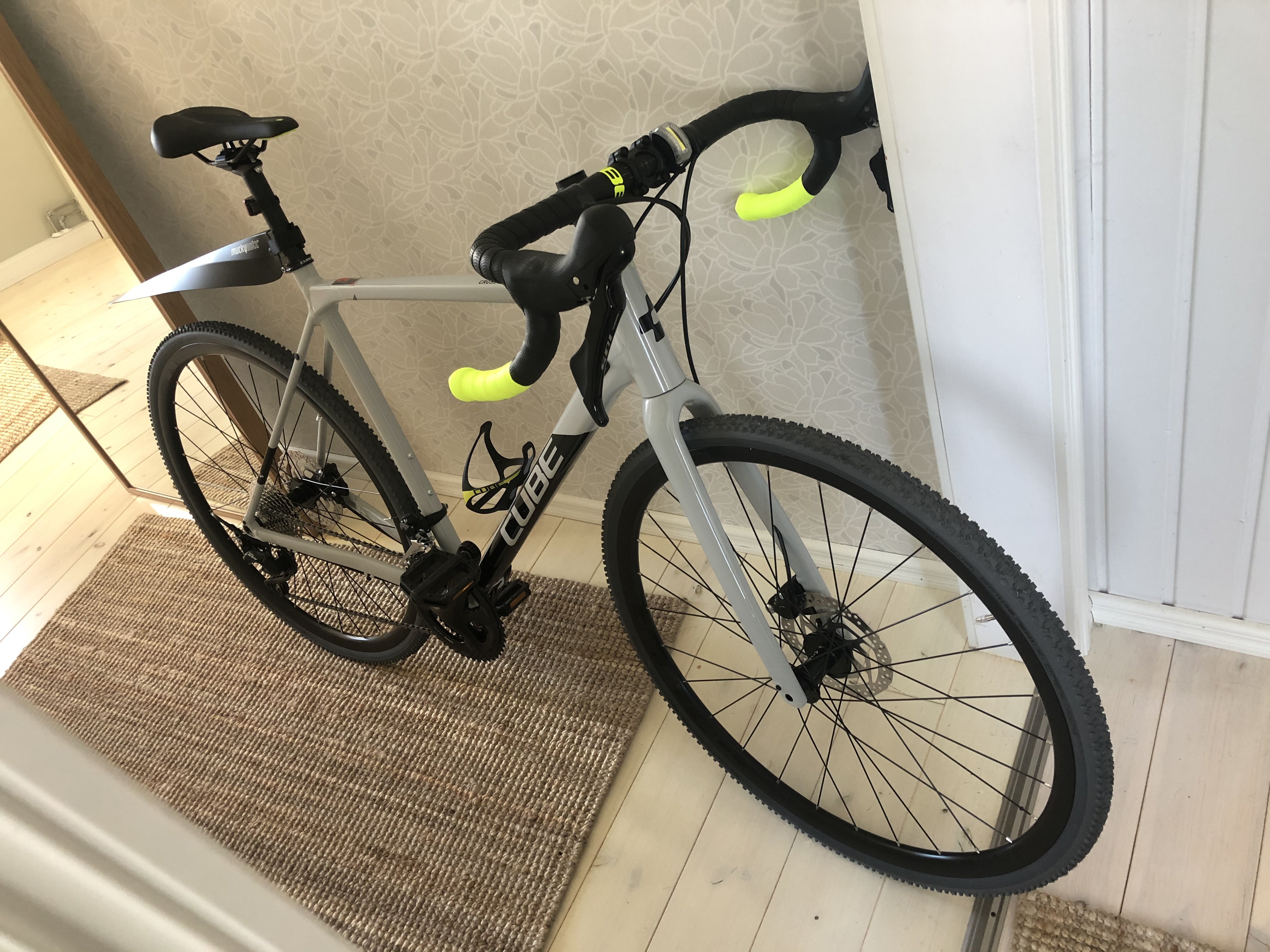 We did a little roundtrip to Tampere, to the Cube importer which seemed like the nearest place to actually try out the bikes and to confirm measurement, and after we came up with a decent deal, the bike followed me home today by bus. It's a MY2021 Cross Race Pro in size 56. It's very light, it's very direct and I'm looking forward to riding it a lot. It came with very little equipment, just the stock pedals, a cheap generic mudguard, some USB LED lights and a bottle holder, but I'll upgrade it as I see fit in the long run. 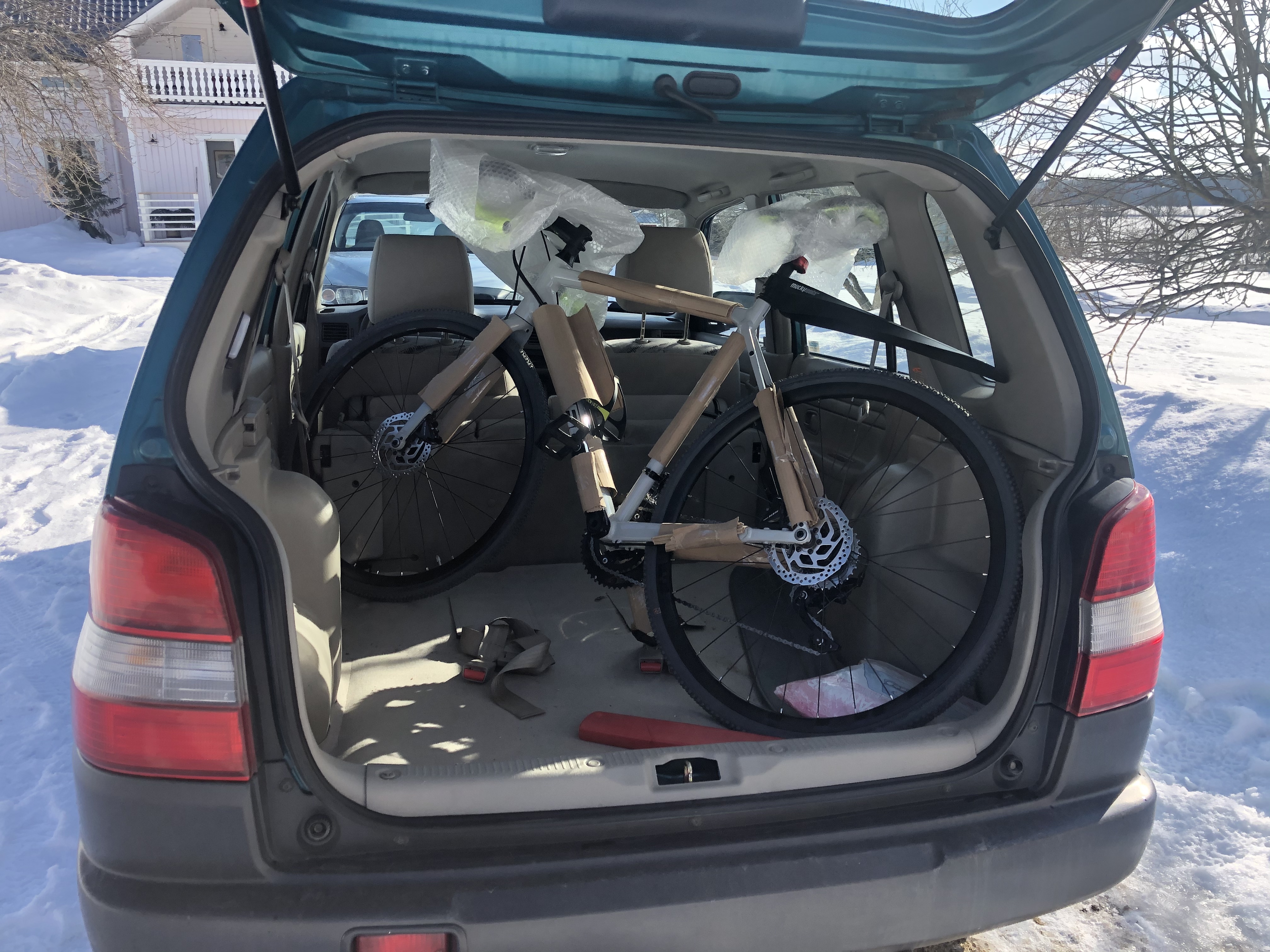 It also fit in the Demio quite easily, which is a huge plus! Now the car certainly can be justified. (There isn't much space for the driver with the seats packed behind the front seats, though)
You must log in or register to reply here.
Share:
Facebook Twitter Reddit WhatsApp Email Share Link
Top