eizbaer said:
That.... does not look safe

But i guess for 4km you should be fine. Also, you seem like the type who's done this before
Click to expand...

It is pretty much rock solid even though the bike is strapped down with just two old inner tubes, and I mostly rode on roads so no bumpy cyclepaths. When I pick up the bike I'll fix my actioncam to the handlebar and show it.


eizbaer said:
Crazy coincidence with the cables snapping in such short succession. Weird - I've never had one snap on me, and I'm still running around on a 15yo bike as well that has never seen any cable changes. Honestly I'm just waiting for something to crap out so I can re-do the whole thing...
Click to expand...

I think my cycling profile is a bit different from yours. With the gravel bike I'm doing some gnarly off road stuff which strains everything more plus I've ridden the bike just over 6000 km since I received it in late May last year, with the cargo bike I'm carrying shit around which calls for more gear changes. Additionally, I don't know when the cables have been replaced on the cargo bike before I bought it used two years ago.

Eye-Q said:
Once again #carryshitolypmics, this time one with of my other bicycles to the bike shop so I don't have to walk back the 4.3 km after I brought the cargo bike in for repairs.
One of the shifting cables snapped - not even three months after one of the shifting cables on my gravel bike snapped now it's the cargo bike's turn. The thing is that replacing a shifting cable on a Rohloff gearbox is a bit more fiddly than on derailleur gears so I brought the bike to the shop so they'll replace both cables at the same time. When one of the cables snaps the other is bound to snap soon as well since it has the same amount of actuations so it makes sense to replace both cables. Additionally, when I took of the external gear mechanism it was full of oil, two or three weeks ago when I took the mechanism off there wasn't that much oil which means the gasket is leaking. That'll be done at the shop as well as an oil change of course.

The upside is that when that's done then the complicated tasks are done for the next two years or so, I don't think I'll have to do much aside from changing brake pads and chains/sprockets in those two years.

Reminds me of the time the chain on my daughter's bike got off, and I didn't have tools to fix it on site, so I used the Chariot as a trailer.

Still trying to find a mountain bike to pick up riding - thanks to supply chain issues, nothing is available and everything is expensive. A friend sent me this and I'm strongly considering a pre-order if I can make it work.

OVERVIEW | FEATURES | SPECS | GEOMETRY Whether you want to go on a quick loop of your local trails or an epic all day adventure, the 951 XC is up for it. It’s everything you could want in a modern day cross-country bike. QUICK STANDOUTS TRAVEL (FRONT/REAR) 120mm/120mm WHEEL SIZE 29" TOTAL...
intense951.com
No trees were killed in the transmission of this message;
but a stupendous number of photons and electrons were terribly inconvenienced.
​

Looks like a very capable bike. Good components and spec.
I've always had an irrational fear of anamorphic armadillos.​

Blind_Io said:
Still trying to find a mountain bike to pick up riding
Click to expand...

While what Craig says is true, somehow this quoted part for me doesn't fit a 3,699$ bike

The market here for mountain bikes is a little out there for ones that have modern geometry and good components. I've been talking with a friend who is an avid mountain biker and he's been helping me understand the economics of getting a better bike up front for both the money and the enjoyment.
No trees were killed in the transmission of this message;
but a stupendous number of photons and electrons were terribly inconvenienced.
​

Yeah, fair enough! If you're happy spending that kind of money, I'll admit it'll make sure you're not unhappy with a compromise half a year down the road. Would be a shame if you don't quite get into MTBing enough and that machine ends up not being used, though. That's always something that makes me hesitant in dropping those huge amounts of cash early on - which ofc also requires something cheaper but reasonable to be available (lol nope welcome to 2021).
In that case: have fun! Also: best of luck with the waiting, it'll be agonizing

I used to MTB when I was younger, so it would be a return to the hobby. If I don't end up liking it, I can probably sell the bike for what I paid, or more - the market here for used bikes is insane.
No trees were killed in the transmission of this message;
but a stupendous number of photons and electrons were terribly inconvenienced.
​

Let me ship you about a dozen bikes to sell then.
I've always had an irrational fear of anamorphic armadillos.​

Like I say regarding guns, buy once cry once.
- Alright you Primitive Screwheads, listen up! You see this? This... is my BOOMSTICK!

Have I mentioned yet how nice it is to ride a bicycle that makes only the noises it's supposed to make? 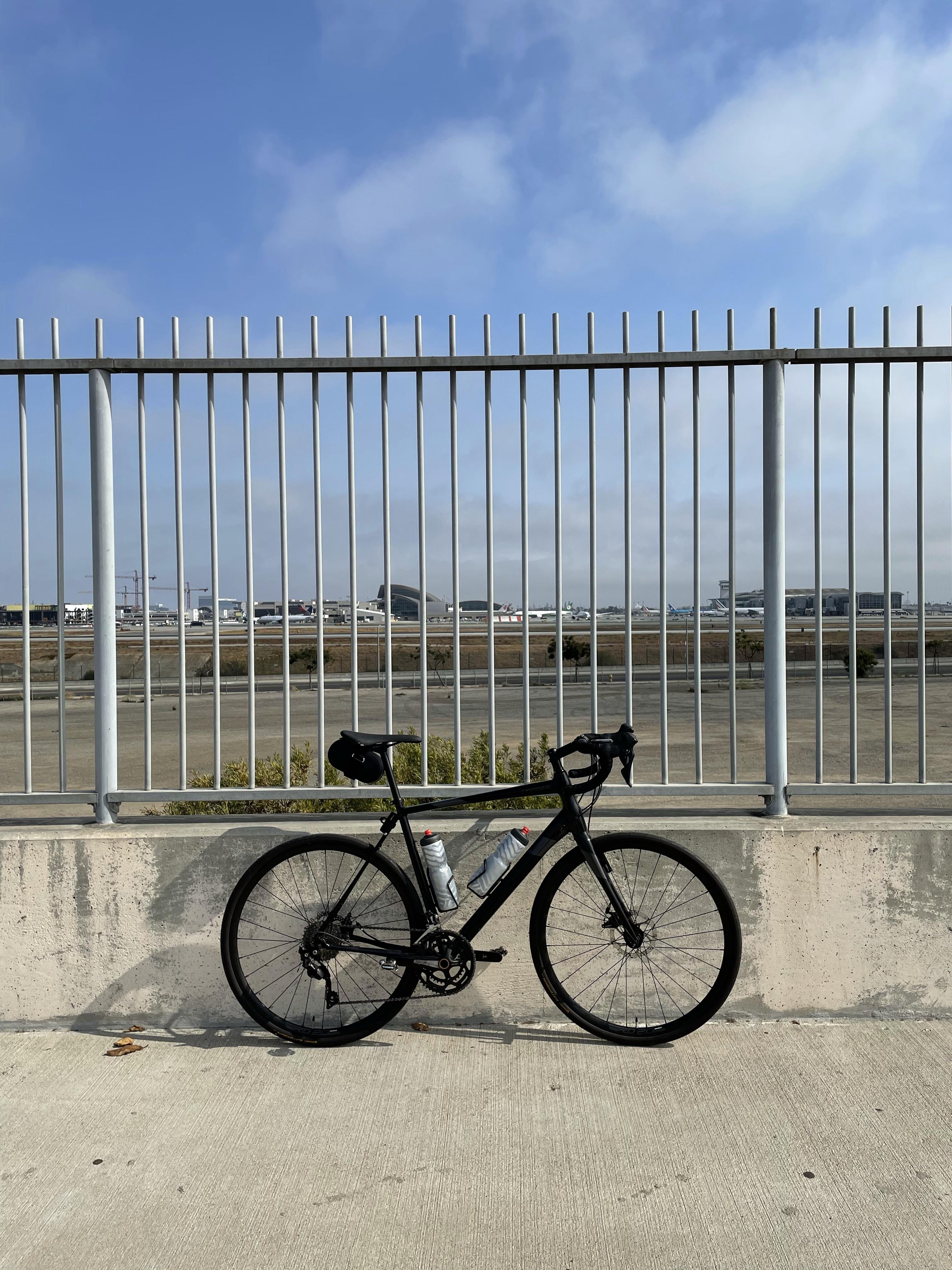 What I wanted to do this afternoon: do a 2-hour bike ride.

What I did instead: discovered that the rear tyre is fucked, bought and installed a new one, and because some bird crapped on my car, washed that, too.

Cycling will happen after dinner, though.

After three and a half weeks and a couple rides, never really liked the saddle that came with my bike. The edges of the saddle kept annoying me after 20ish minutes of riding, so I swapped on the one from my old Hyde. So much nicer, not going back.

Yeah saddles are very personal… honestly I don’t get why road bikes come without pedals but with a saddle. Could just as well also ditch the factory saddle.

Been doing quite a bit of riding while on vacation in the Upper Peninsula of Michigan. Lots of interesting places to ride up here.

What kind fo gearing do you have on that green mtb?

DanRoM said:
What kind fo gearing do you have on that green mtb?
Click to expand...

eizbaer said:
Yeah saddles are very personal… honestly I don’t get why road bikes come without pedals but with a saddle. Could just as well also ditch the factory saddle.
Click to expand...

I hear this a lot about guys faffing around with saddles etc and I can’t say I agree.

I’ve always used the original saddle on every bike I’ve ever had, even on long rides without much hassle. Has nothing to do with weight either, I’ve gone from 100 kgs to 72 kgs and back up to 90 and never had that issue.

Maybe I have a universal arse?

Or you just got lucky with the original saddles on your bikes.

Had I not had the Selle Freccia laying around from my old bike, I would probably have continued using the saddle that came with my bike (Cube NF Venec Lite) for much longer. It's not a bad or uncomfortable saddle, but the edges of the saddle would start to feel mildly annoying on my legs after riding for ~20 minutes. I remembered not having that issue with the Selle one, so I swapped to test, and it was much better.
2018 Renault Clio Tce 90 Intens More than five days ahead of schedule, after 5,510 km, Lachlan Morton's long journey is over.