I went halves with my dad on this '88 Mercedes-Benz 420 SEL. It was more or less a random endeavor, I happened across it the other day and took some photos, my dad wound up seeing the pictures and he wanted to check it out in person. After taking it for a drive, we decided to go halves on it. It has 138,000 miles - not very much for a Mercedes.

This is the mid-range model, between the 300 and the 560. It's got the 4.2 liter V8 which produces 200hp +/-. For a large car, it really moves. It's an automatic, ironic considering my disdain of automatic cars. But, this isn't the kind of car I would not want with a manual gearbox - it's not meant to be urgent. It drives incredibly well, especially considering that it's roughly 21 years old. It's got a few spots of surface rust that we have covered up for the time being, my dad eventually wants to have it repainted. But, the underbody is quite solid - as I found out when I had it on the lift the other day changing my oil - 8.5 quarts of good old 10w-40.

It has service records and was maintained by a professional Mercedes tech for at least the past five years. Also came with set of decent snow tires that I will mount and balance at some point. It's honestly a dream to drive, I love it.

Back when Mercedes could produce a great car and turn a profit, something that went amiss ten years ago.
LET | FOREVER | BE

Ah, The four-twenty... Surely the finest car a pot dealer could ever aspire to own. And look at how massively long the SEL is! It's awesome.

I'd say you've done pretty well, there; It's not in great condition but it looks perfectly usable which, in my opinion, is what an old Mercedes-Benz is all about. If it were in mint condition you would be afraid to really use it and if it were hammered you wouldn't want to use it at all and it wouldn't "feel" like a Mercedes-Benz.

If you believe that it's reliable, I would recommend taking it on a very long road journey to get well acquainted with it and to let it show you what it does best. But first you'd have to fix the hood ornament.

How's the condition of the interior? The seats look to be in good nick.

Aside from the weird headlamps and missing Merc hood ornament, that is suh-weet!

Things you need to get for it: 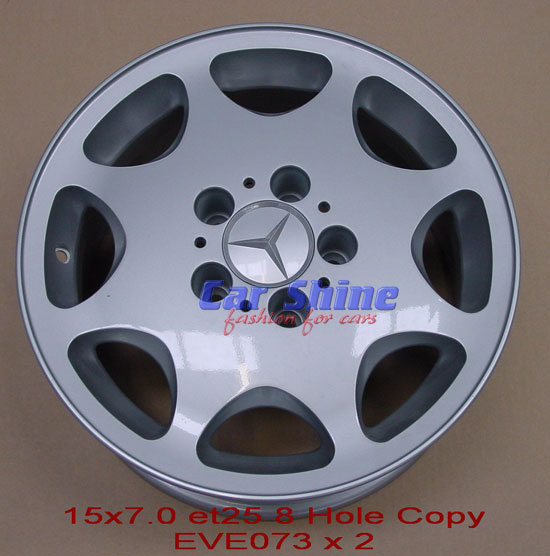 After that, I'd be almost ideal
N

Austere said:
Surely the finest car a coke dealer could ever aspire to own.
Click to expand...

Great looking car! The w126 is one of the best looking cars mercedes has ever built, and the reliability is still excellent. Could we have some engine-bay shots? It would be nice to see how the 4.2 slots in compared to the 5L.

I would agree on the EU-spec headlights looking better, but I know some people like the US ones too...
J

matyas said:
Great looking car! The w126 is one of the best looking cars mercedes has ever built, and the reliability is still excellent. Could we have some engine-bay shots? It would be nice to see how the 4.2 slots in compared to the 5L.

I would agree on the EU-spec headlights looking better, but I know some people like the US ones too...
Click to expand...

Here's a picture I took with my camera phone when I was checking it out. I'd take one right now but it's already pitch black outside and pouring rain. Took the thing to work this morning, it's so nice to drive!

It was sublime at the time, without rivalry. The difference between an S-Class and a "normal" car was beyond description back then.
Last edited: Nov 14, 2009
"If Liberty means anything at all, it means the right to tell people what they do not want to hear" (George Orwell)

Nice, well driven lump there. Does the hood need an insulation pad though? I know that the diesels were equipped with one, but the V8 is probably quiet enough. How smoothly does it drive/shift?

Der Stig said:
Nice, well driven lump there. Does the hood need an insulation pad though? I know that the diesels were equipped with one, but the V8 is probably quiet enough. How smoothly does it drive/shift?
Click to expand...

It has an insulation pad, but it's partially missing. Doesn't seem to affect anything though.

Power is delivered smoothly and without any hesitation, and the shifts are nice and direct. When it's idles, you can hardly tell it's running. Surprisingly, I've found that it has consistently delivered -19+mpg on the past few fillups. It cruises nicely on the highway, and even the cruise control works perfectly.

There's only two issues that don't really matter much to me at this point. Sometimes the tachometer stops working for an instant, something I've been used to with the various '80s cars I have driven. If you hit a really hard bump, the exhaust rattles a bit toward the rear. Probably a worn hanger - I had the car on the lift the other day but forgot to check. So, in other words, no real issues to speak of at this point.

Time will tell whether or not this will be a sound investment or a nightmare. I figured it has the potential to be the latter, but I decided that life is short.