ninjacoco said:
One dude who's a member out at the track...by only a tenth of a second. Meep! Oh well.

We need to get someone who's never run it backwards or never driven a stick before to run it, dagnabbit!

I'd probably still be pretty slow.

I have to admit that I was beaten by just under a second by a fourteen?-year-old. Then again, it's the fourteen-year-old whose dad is always there and lets him drive a little bit of everything, so 'k. The dad beat me, too.

THIS SHALL NOT STAND! Arrgh. I see how this thing makes money now. Set time, time gets beaten, person goes back to beat it. Repeat ad nauseum until the contest ends and/or the car's engine asplodes.
Last edited: May 2, 2011

Thanks to the power of the Internet, you can now view the dear old Bunnywagen...FROM SPACE! 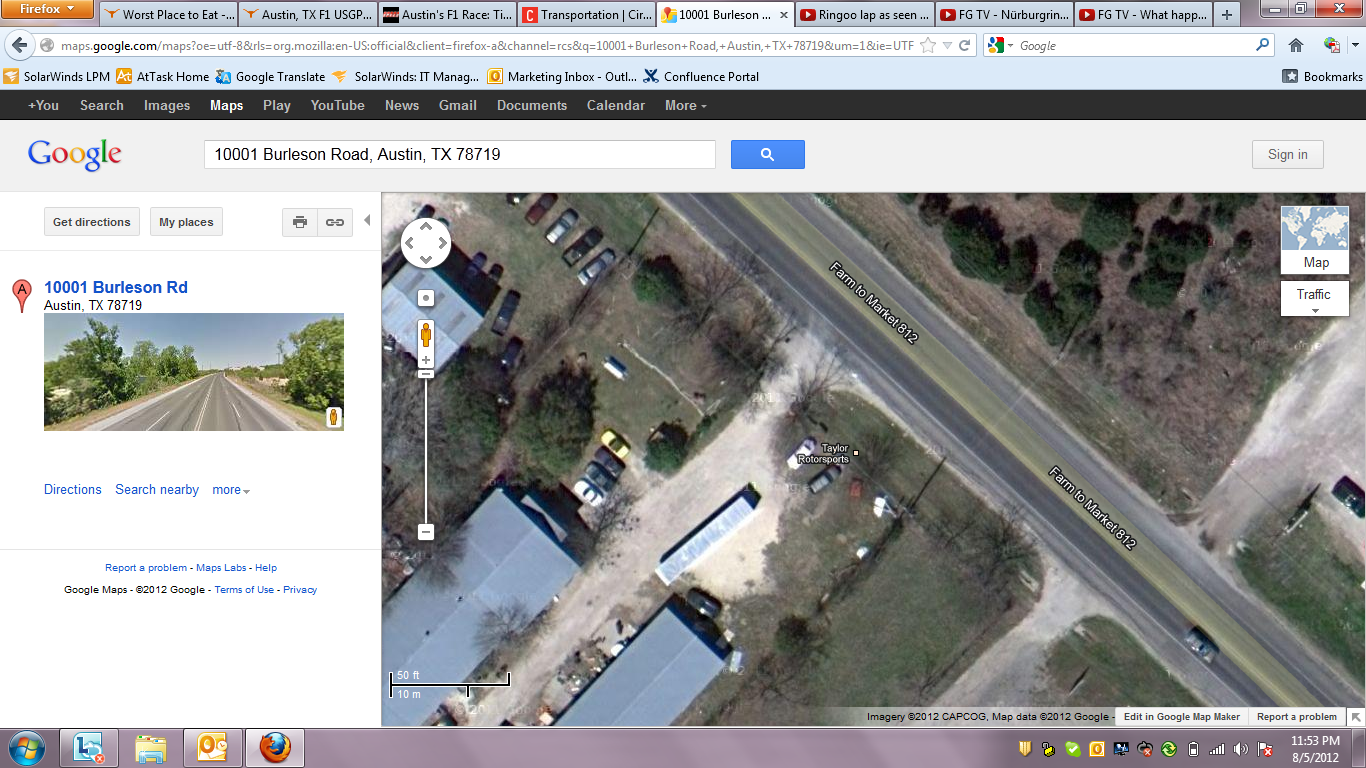 I'm driving a 1976 Ford Fairmont at Thunderhill for Lemons in September. Maybe I should put bunny ears on my helmet, too.

BlaRo said:
I'm driving a 1976 Ford Fairmont at Thunderhill for Lemons in September. Maybe I should put bunny ears on my helmet, too.
Click to expand...

Bunnywagen II: Electric Notactuallyawagen Boogaloo (complete with the engine in the WRONG PLACE)

P.S.: But seriously, go as a bunny. Judges love bunnies.

What? I thought the bunnywagen got crushed and went to Type 3 heaven.
Last edited: Aug 9, 2012

It's obviously an old pic from space, but it works.

I was expecting to hear that it had met its demise following an encounter with a Holy Handgrenade, not at the hands of a crusher.
Last edited: Aug 9, 2012

I see that the bunnywagen is now the cover pic for H2R, although it's a photo from the "dillo" livery days.

To preserve it, for when the cover is changed next: Why did the bunnywagon get crushed anyway?

The owner was tired of it and the chassis was very floppy-hoppy, so it went to be recycled.

You need to update your avatar in black/white now with a black bar in the corner..

Cowboy said:
Why did the bunnywagon get crushed anyway?

*has obviously missed parts of the story*
Click to expand...

To give a few more details...

Despite the cute appearance, it was a devil-car. It extracted copious amounts of blood from anyone who tried to work on it, and did so with rusty, sharp bits. It refused to run properly, no matter what was done with it. The engine couldn't maintain compression or oil pressure, the transmission was bent and off-set, the brakes were mostly-useless, the steering was vague, the chassis was so rusty and floppy, you could watch piles of flaked-off rust accumulate under it.

Every time it was driven, it tried to strip itself apart. Every time someone worked on it, it tried to strip them apart. It was suicidal and wanted to take as many people down with it as it could, so we put it down before it could hurt anyone else. There was no hope of rehabilitation.

That's why it was Fluffy Bunny (Eater of Souls)!

I see, sad story that.....well it's always the cute ones you need to look out for.