Got some heat to this starting winter...

What are those in the right? "Napalminalle!"?

As a general rule, I steer clear of food stuffs with "napalm" in the name.

They may be delicious going down, but 12 hours later when the dreaded "Ring of Fire" hits...

Every year, my fraternity makes hot wings using this stuff.. 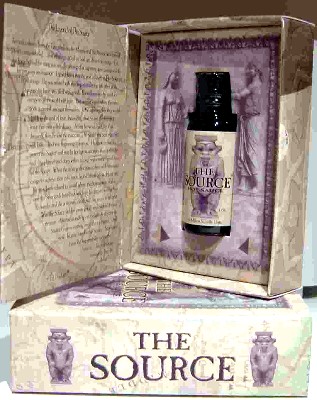 Lets just say those are the most intense things I've ever tried, and are the only food that have made me cry. 7.1million Scoville units will do that.
Last edited: Nov 30, 2011

I started to grow a new variety, Aji Fantasy. Not so hot than Aji Cristal, thicker, juicier shells and a bit fruitier.. me likey!

Old trusty "spanish red" variety (dont know what the real species is). After winter hibernation it has started to flower and grow some chiles again.
Aji Cristal survived also and started to flower but no chiles yet..
I have also yellow pointed habanero and unknown habanero lookalike. No flowers or chiles yet.

My Bhut Jolokia seeds never germinated and the others died.
I?ll try again later in the year, when weather starts warming up again.

When I cook and am adding heat, I like to use sriracha (cock sauce), it's great for more than just asian food.

When I want to add flavor, I use Frank's Redhot. Probably the best TASTING hot sauce, though it's not really hot.

When I'm eating raw oysters and the horseradish either sucks or is not available, I go for Tabasco.

Two weeks ago I checked the local Curry Wurst vendor out.
My brother mentioned to me their chili grades.
With a bit of experience under my belt I went for the second hottest on the menu (called Black Mamba) and was quite satisfied. The sausage wasn't completly done though.
The owner explained to me the scoville grades but I didn't listen, so I don't have the numbers in my head. He told me though, that he has 3 more on tap, but doesn't like to ruin the kitchen all the time.
Today I went for the 4th grade (Dias de los muertos) and was really impressed with the first taste, after that my mouth got numb, so I might have to try again tomorrow.

There was a flyer lying around about an eating contest in September, where all seven sauces get served. I enlisted.

On our porch I have a (bought) Chili plant wich blossoms nicely, but right after it sheds its leafs and the fruit gets visible, the stems fall off. Either our snails have a taste for chili or the stems aren't strong enough. Since my thumbs are more yellow than green, I'd care for some input. I wanna taste those chilis.
Thanks

1st: the falling off seems to be part of the survival structure, so I mistreated the plant someways.

2nd: I had the "Dias de los muertos" yesterday again, this time without the fries and salad, and it was much hotter; the burning sensation didn't wear off that fast so I enjoyed it up to this morning in various places. Some schoolchild, which took me on my offer to share, regretted this the moment the Wurst was gone. He got the attention from his schoolmates though.
Last edited: Jul 4, 2012

I have Naga Morich and Lemon Drop bushes.

Discovered a local guy has his own farm and cooks his own sauces which should be on the level of Blair's Death collection. Just ordered a "party-pack" of 5 sauces, 3 of which carry the mark of 1st prize at the 2011 Hot Pepper Awards in the Sweet, Super Hot and Extreme categories.

90% of times someone tells me about something like that, it is mildy hot and vinegary.

And by "just ordered" I mean "just took delivery of".

It's from Cili Pipp and you can find a few vids on youtube.

Oh, wow, I just opened the Sweet Habanero one to put in some soup. It's SOOOO nice. Creamy smooth, sweet taste and a medium-sharpness to it. Good flavour.

I barely wet my finger and it felt like I swallowed and ember.


Can't wait to use it on something.

btw tasted some chili beers from local brewers. Hiisi Leimaus (mango-habanero) and Lemon drop APA by radbrew. Both were good and especially lemon drop one!

And tasted Trinidad Moruga Scorpion, holy moly that was properly hot one for my taste