Christmas food for a subtropical weather

That's not a bad idea, MacGuffin.
Thanks.

Duck or preferably goose... or nothing. Turkey is awfuls.

The strange thing is that I have no idea how that typo happened... the "n" is far away from "c", "u" and "t"... I guess I must have felt angry about a certain person at the time

Haven't forgotten you, just need some time to get the translations right hopefully this weekend

I want to see some of these recipes, as well.

Trying to get something written down
The tradition is that you start with cold fish, then warm fish, then cold meat, then warm meat. Usually there isn't any cold meat at christmas lunches (one exception at the bottom).

Usually you would start with marinated herring with a curry 'salad' and boiled eggs. Really an acquired taste. Some think the herring should 'swim' in snaps, but I really hate that stuff. Almost nobody makes the herring themselves, the curry 'salad' is, I think, better when you make it yourself instead of the store bought. It's made with creme fraiche and mayo, chopped gherkins, eggs, capers, apple, shallots and obviously curry, and salt and pepper to taste. All served on rye bread.

Then breaded flounder or plaice (served warm) with remoulade, also on rye bread.

Leverpostej (untranslatable) it's basically pigs liver and lard minced with spices and then baked (it tastes better that it sounds ) served on rye bread with bacon and fried mushrooms.

Tartlets with chicken and asparagus.

Medisterp?lse (special sausage with spices) and ham with boiled, chopped and then fried kale (some make it with milk but that depends on where you live, to me it's wrong) and sugar browned potatoes.

Pork tenderloin with mushrooms in gravy (this is also regional, I didn't get this at my grandparents so to me it's wrong )

Also around christmas you'd get blood sausage in slices, fried and with sirup (it's all right but I can't stop thinking about what it is so I don't eat it)

Then there is also sylte (google translate tells me it's called shelve but I don't know if it's the right) it's basically the head of a pig boiled and then all the meat and gelatine is put in a mould to set (it's disgusting) it's served on rye bread and with mustard.

I'm sure I forgot something, might add something, let me know if you need recipes for some of it

Leverpostej can be called liver pate. Sylte is a bit like a brawn/head cheese/fromage de tete.
Last edited: Dec 18, 2016

Lots of different fats spread on rye bread.
Sounds like my kind of Christmas. :lol:

Thanks for taking the time to write it down.
I'll definitely think about the fish...

Danish Christmas food sounds fascinating, I'd probably like everything. Some bits stand out though. Fried kale sounds nice, not something I've ever had. Blood sausage sounds like black pudding and the pork meat and gelatine sounds like the ingredients of a pork pie. Eyelids and all.

We usually have a selection of cold meats for lunch (earlier prepared baked chickens, ham, turkey occasionally - all out of the fridge, pieced out on plates for people to pick from), and salads.
Standard garden salad with some dressings available, coleslaw, pasta salad, potato salad, sliced pineapple for anyone that wants it, cooked beetroot, and then the adultier adults here have a heap of cooked prawns in a bowl, and pick them apart to eat - which I find absolutely revolting.

By the time dinner rolls around it's usually gotten cooler, and we have the warm meal then, which again is usually baked chicken, baked potato, sweet potato.

I also make a giant boiled pudding (which I have to do tomorrow afternoon, so I may document it for anyone interested, though the fact it has to be boiled for 5 hours usually puts people off), and we have that warm, with brandy custard and vanilla ice cream.
There is also the good old pavlova, with chocolate flakes, strawberries, blueberries and whipped cream, but that's usually for breakfast the next day.
What? Boxing Day is the one day a year that pavlova is a legitimate breakfast food...

Yes for boiled pudding.
I am curious. 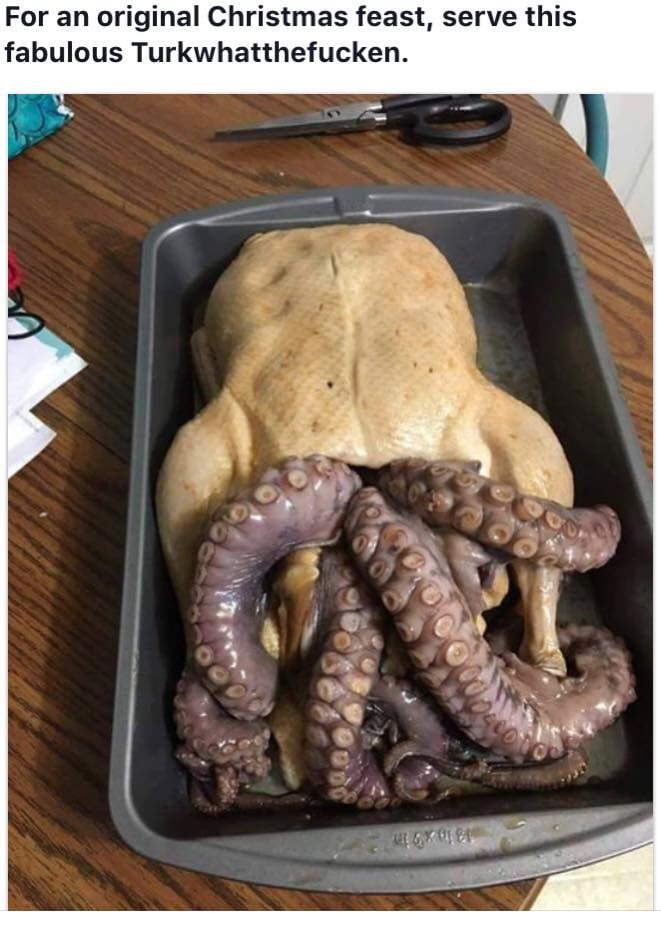