Alright then, don't think we have a thread on these but I'm sure some people have experience with one. Pretty much anything CNC goes, apart from 3D printers which have their own thread. If nothing else I'll post my progress with my small machine here.

More than a year ago I bought a 3018 CNC from China, played around with it a bit until the 3D printed spindle holder it was supplied with stopped holding the motor properly and it crashed into the workpiece. After that it sat and sat, I would occasionally look at getting replacement parts but nothing ever happened. This is the crappy spindle holder, the nut is supposed to be captive but you would really have to print this diagonally to get any strength. 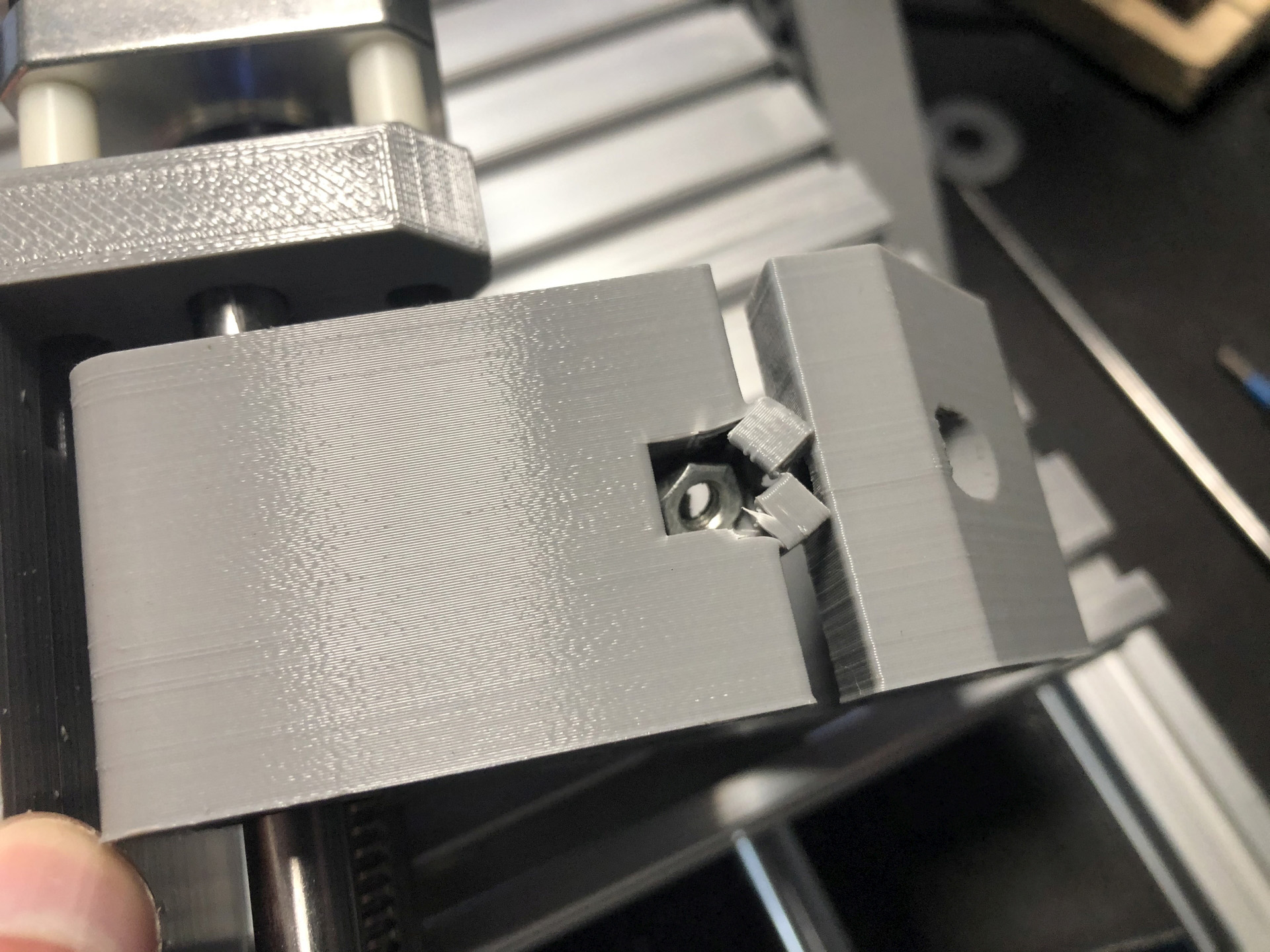 I've been subbed to a chap called Roger Webb on Youtube for years now, his channel is about CNC routing, laser cutting and wood turning. He recently bought one of these himself and went through the setup of the machine before putting it through its paces. This inspired me to get mine working. I looked at replacement parts again before realising that one of Instructables pages I had open (I have tabs from well over a year ago on my PC and phone) had a 3D model to print. I had to print an adapter as the thing is made for a larger spindle but that was easy, then I finally had the spindle fixed in place properly. 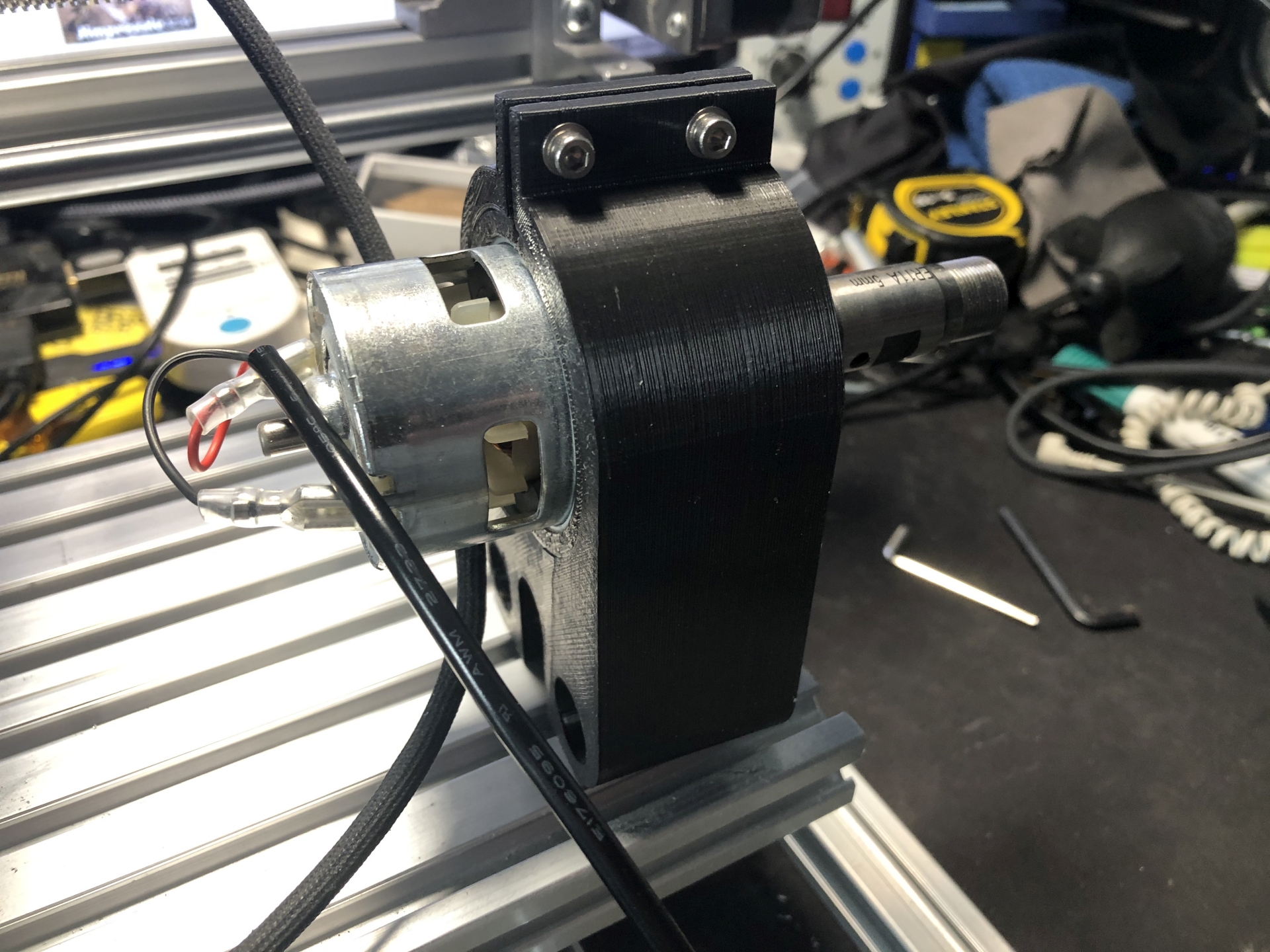 Next was controlling the thing. The machine runs on Grbl and the control software is called Candle. The newer version of the software that Roger was using allowed continuous jog control, something the older versions I had been using didn't allow, so that was a good start. I always had the idea of having a pendant controller, I didn't find any that are specifically compatible with Grbl but Candle does have keyboard controls and I did still have a Lenovo USB numpad that I originally bought for binding the keys to Photoshop shortcuts.

The normal Candle shortcuts are as follows:

Pretty straight forward, but being awkward I wanted to change those. Having 9 and 3 as the Z axis control doesn't work, with my fat fingers it was far too easy to mis-press either key. So I re-arraged the keypad:

At this point I wasn't actually aware of the controls for feed and spindle so didn't include them, they were added before the labels. To remap the keys I'm currently using a bit of software called Interception, it hooks into the keyboard driver to identify a specific keyboard and then you can add remap filters in the command line interface. Works great, it does mess with the continuous Z feed by making it run for a short burst before a pause and then continuous but I'd consider that better. Not sure if I'll stick with it, LuaMacros is another solution and frankly AutoHotKey could probably do it just fine, the former can identify keyboards too but I could probably just run AHK whenever I'm running the CNC and then close it afterwards.

Anyway, I ended up adding the following remaps: 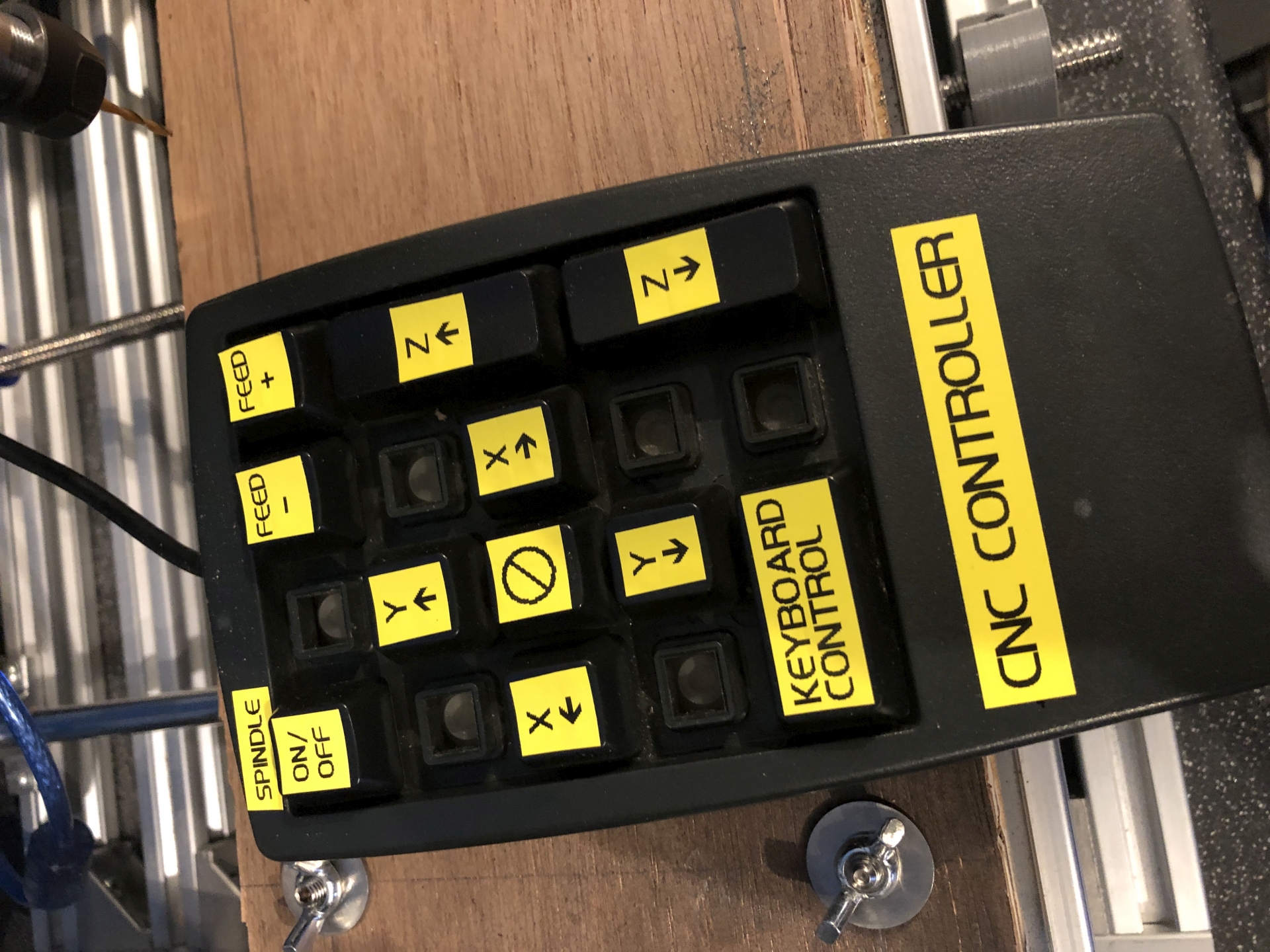 It's a nice little control. The CNC is on the other side of the room so there is now a 10m active USB cable going over to it with a built in hub, the machine and this keypad are connected to it.

I actually cut something with the machine today too, thin steel on manual jog. I know it isn't designed for steel but I needed a rectangular hole and this was the best way, it took lots of small passes but it worked. Need to try some proper CNC from Fusion, will update when I've tried that.

wait...you control the CNC manually???
how does that work? you either have wheels you turn to operate a machine like that manually, or it's digital, controlled by a program
how can you have enough accuracy to make something nice, if it's controlled by hardwarebuttons?

or is this just to guide the drillbit to it's starting position, after which the program takes over?

Those are just jog controls for setting it up, they're also good enough to just do manual slotting, drilling or milling edges. Anything with straight lines or going up or down in a fixed position. The software takes gcode, I just haven't got around to trying that yet.