Competition for a new Stig, who would you suggest

Like James Bond has been we need to run a competition with suggestions for a new Stig.

We all know there have been several Stig's before just like there have been many actors who have portrayed James Bond. So now it is our turn to suggest some replacements for Stig.

I will start with

How cares about Ben Collins coming of the closet!

I heard that Vicki Butler-Henderson even played the Stig once.

(only drawback with McNish is he'd maybe only be available if the car to test was an Audi :lol
Last edited: Sep 3, 2010

This will end well.

Rolf Harris, although I doubt his beard would fit in the helmet. Moreen from the old learner drivers TV show would also be good.

for the first time they started broadcasting motoGP here.
one of the commentators was explaining that all the bikes have a different ECU-setup for each corner, and that a GPS unit is connected to it, and this tells the engine what mapping to use.

i've put out the tv, and never watched it again.

bone said:
for the first time they started broadcasting motoGP here.
one of the commentators was explaining that all the bikes have a different ECU-setup for each corner, and that a GPS unit is connected to it, and this tells the engine what mapping to use.

i've put out the tv, and never watched it again.
Click to expand...

Superbikes is where it's at

And you'd enjoy Moto2, control engine (600cc Honda), no traction control and only the chassis and such are allowed to be modified. Add in 40-something absolute nutters on the bikes and it's pure win

My Vote would be for .... Jimmy Carr
Consistent lap times is so last decade .. I'd like to see what he can do in something that isn't reasonably priced.
Maybe the lap board could change from times to number of rolls.

^don't think he would be able to keep his mouth shut when wearing the helmet :lol:

Maybe Tiff Needell? Although I would like to have him as a presenter more than just an "anonymous" character

Almost any of the BTCC's leading drivers would make brilliant Stigs - they are completely bonkers!

Watch any BTCC race (I prefer Brands Hatch for the fun around the stands and up the hill myself) and you will soon see what I mean. Just a stig. a real stig. 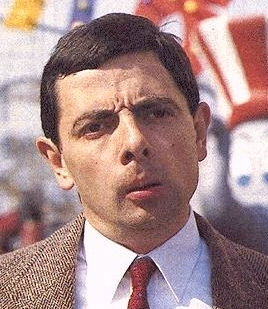 I don't think Pagani or others would take kindly to the TG technology centre cutting a hole in the roof of their cars and bolting a wingback to the roof. might affect the speed and handling a bit too. I like the idea though.

Who cares? Really, I mean, as long as the new one is as fast (if not faster) then "that guy who wear a suit", who gives a damn?

, and if anyone ever attemped to pretent to be him, atless half of the 3 billion Top Gear fan around the world will hunt him down and drag him behind the reasonably priced car on the Top Gear test track.