Apparently Anita Sarkeesian or however she spells her name has gone apes**t on her Twitter account about this - she says the Beeb didn't go far enough and as best I can make out insinuates that the Beeb should have cast a black transwoman in the role. Not going to link it because I can't be bothered, but I'm certain y'all know where to find it.

Amusingly there's quite a few people on Twitter posting up pics from previous mainstream SF shows and movies that had strong female leads to point out the fatuousness of the people celebrating the new female Doctor as some sort of world changing first (as I referenced with the Janeway tweet post above). I was looking through some of it and got a reminder that this isn't even the first time on a Brit SF show where a major recurring character has had a sex change. Not by a long shot. Yeah, about that whole 'first' and 'breaking new ground' thing... Bit late to the party, hm?

She makes her money not so much speking to a feminist clientele, but mostly pissing people like you off, Spectre. She's not to be taken seriously.

Dr_Grip said:
She makes her money not so much speking to a feminist clientele, but mostly pissing people like you off, Spectre. She's not to be taken seriously.
Click to expand...

Yes, I took her soooo seriously that I didn't bother to check the spelling of her name, didn't bother copying the link, and am pretty much just laughing my ass off at her. She's so very predictable.
Last edited: Jul 18, 2017 I think the rebooted Battlestar Galactica deserves a mention.

Could go back further than that, too. But for that I'd have to have better internet. I don't like streaming. Well, I guess my internet could handle it at 1080p, but I'd still have to pay for it..

Right.. old stuff.. even less of a reason to pay for netflix to get it

Could go back further than that, too.

I brought up Battlestar Galactica because it broke new ground, casting the first toaster that identified as an Asian woman. Very progressive. But they did recast a lot of the original male characters as female, and the show was still great.
Last edited: Jul 18, 2017

Powered through Smith, onto Capaldi. I have some thoughts on the last few seasons that I will need to summarize at a later time.

Watching Capaldi episodes, I can't help but think that he looks like Christopher Walken in some scenes. Then I laugh imagining these episodes with Walken's diction style.
Last edited: Aug 9, 2017

Well, that's one way to make the Clara episodes enjoyable...

Well this is interesting...

Just came back from grocery shopping and saw that The Return of Doctor Mysterio was available on Amazon. 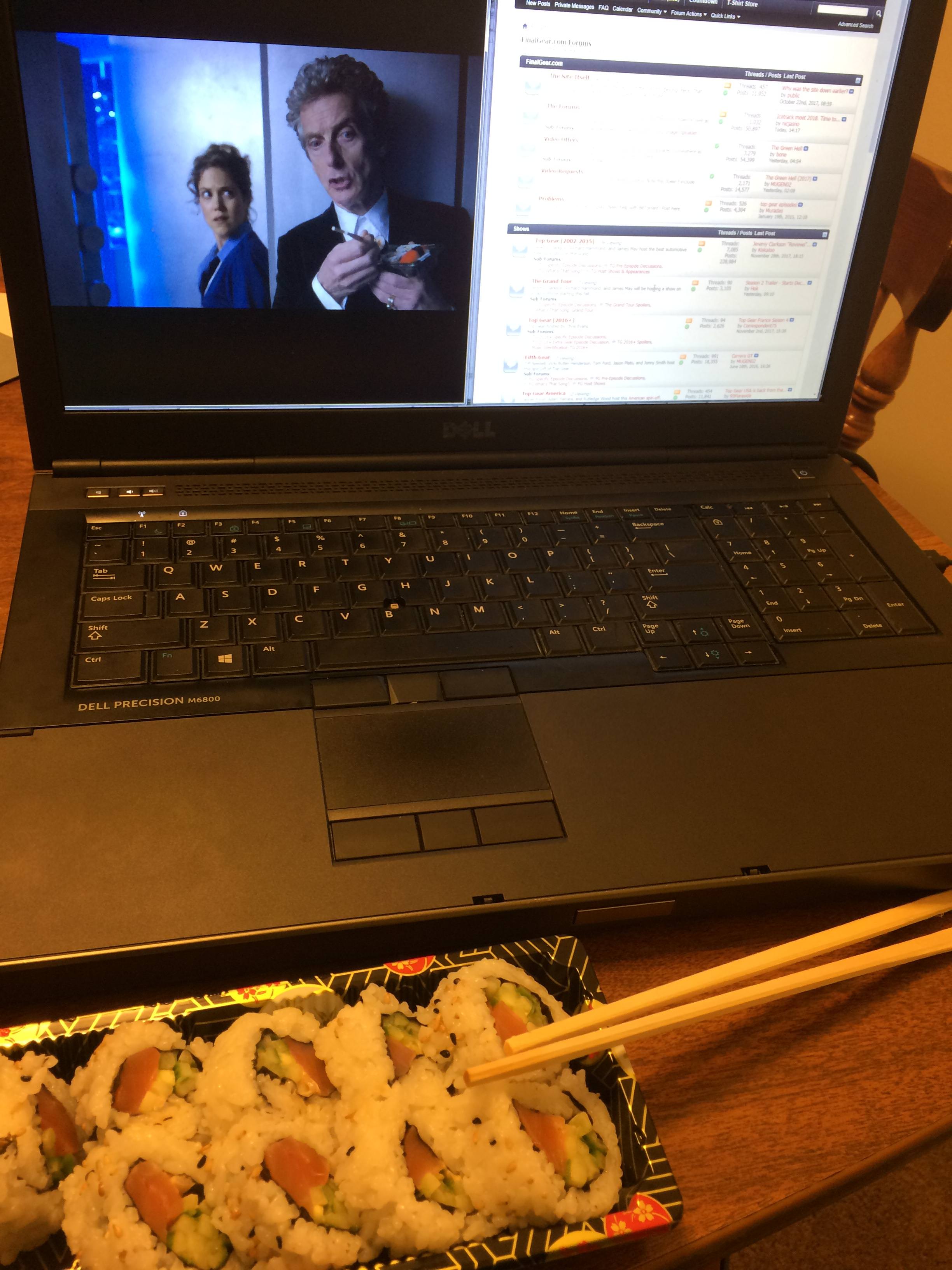 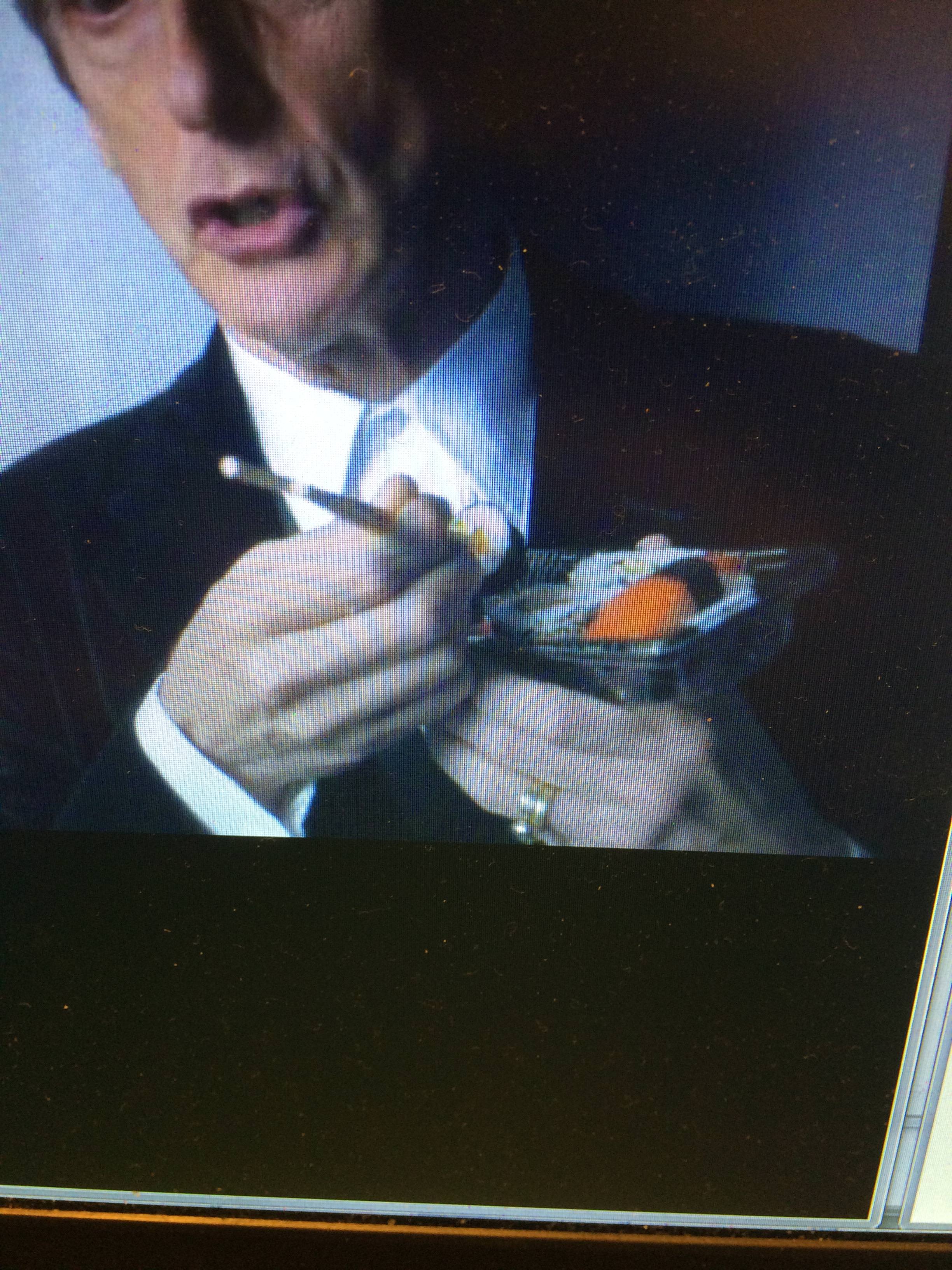 How am I the first one to post here today?

Well, all in all, not bad, but not really all that great either. Let's leave it at that for now.

I really think the show has lost its way over the last couple of seasons. They certainly haven't made the most of Capaldi's talents, the plots have been weak and very wishy-washy liberal (BBC PC Agenda in full force), not a single threat to give kids nightmares or have them hide behind cushions and every single story seems to end with a whimper. Even the two-part stories don't leave you with any sense of tension as the first part ends.

I'm going to give the new run and the new Doctor a fair crack of the whip but I'm really not holding out any hope.

Well I thought it was better than last year. That's something, right? I actually had to look that one up. They did a good job of bringing back an old Doctor and several other old characters but I wasn't impressed with the story, it left me wondering how hadn't come across this before and as MWF said there was nothing scary in it.

I'm not impressed with the new Doctor but Capaldi was the only Doctor in the reboot that I've liked before seeing the main season (hah!) so I'll give her a chance. Now If you don't mind I think I'll go back and watch the Matt Smith seasons again.

It's amazing they held out this long before using the 1914 Christmas Truce for a Doctor Who Christmas special. Perhaps it was too obvious, and they only now had run out of other ideas.

On the episode itself, it was not bad. Bringing back the first Doctor and the Brigadier (or one of his ancestors?) was a nice touch, but as with everything else, it felt like they wasted a lot of potential with it (though the lampshading of political correctness a.k.a. progress in society was funny). That's the issue with all of the Capaldi seasons, really. I'm sad to see him go because his Doctor character was great, but I agree that for several seasons now, the stories have gotten weaker.

I'll give Jodie Whitaker a chance, but she isn't the one doing the writing.... and judging from the ending of this ep I don't have much hope it'll improve.

DanRoM;n3542994 said:
I'll give Jodie Whitaker a chance, but she isn't the one doing the writing.... and judging from the ending of this ep I don't have much hope it'll improve.
Click to expand...

This one was still written by Moffat. And Broadchurch was pretty awesomely written.