I would like to begin with a back story about this one, since this is very dear to me and perhaps a little explenation is required in order to understand the sentimental note behind it and why someone would take on such project.

I was ending middle school when I was on abirthday party from a realtive and listeningto grownups talking about cars. Now, my dad has had a good share of Opels doring my childhood and no need to guess what brand the family car it is now. Not being a fanboy but somehow an Opel always found a way into our familyeven when not looking for one - a good deal emerged. In the family there has been an Olympia, Rekord D, Astra (grandpas cars) and Kadett B, Kadett C, Rekord E2, Omega A, Vectra B, Signum and now Zafira (dads cars). So I have been influenced by it even since being a kid with dad doing snow drifts, etc with cars. So the debate continues and I say how I like the KAdett C and stuff and someone metioned a Manta A model. Now I haven't heard of that car before but it must have been one hell of the car for everyone to go "ahhhh yes, Manta A". Now being from Slovenia means we lived in Yugoslavia - not a whole lot of German sports coupes were riding around these days so it was a rare sight and young mens dreams to own a Manta, Capri, BMW 02 or something. Not going into the whole history here - let's continue.

During my growing up I have always wished for manta A, I looked at ads and writing down numbers to make an archive for when I get my driving licence and save enough money I will buy one. Well that time came pretty soon and there was no money for manta, no workshop, no skills for wrenching but a trusty Vectra B caravan as my tool for freedom.

Time passed and I had enough - I need to get and old car and work on it. So me and 2 friends drive to the coast and take a look at an BMW e21 (build thread here as well) and buy it. I restored it with help from my dad and friends, swaped it to m42, new suspension, recaro seats and the whole package. The car was good but it just hasn't been what I have always wanted.

So, Vectra broke down and living in the city it wasn't rational to fix it so I call a guy to come and pick it up for scrap. Getting a bit emotional with all the memories the man invites us to get a beer before he takes of. Talking about cars my dad says I have an e21 but I have always wanted a Manta and the man says (in the bytheway manner) he has one sitting in his barn and I can come around to take a look. Two days later I was in the barn looking at it and not long after I asked my dad to come and check it out with me again. It was in rough condition from what we could tell, using out cellphone flashlight in a dark barn with no lights. I sold my BMW e21, saying I will get my dream car one way or another and if I stick to that BMW I will have no finances and no true will to get one since I will be in the comfort zone. Now I did that and then the dude says he didn't mean to sell it. Damn.

A little bit of presuasion and well.. nagging worked and I bought the car. As we have pulled it out the true condition of the car showed in the sun. She was in bad condition and sitting in a barn for all these years hasn't done her good. The last time this car was on the road was in 1999.

We pulled her out after having some troubles with exhaust breaking off and wedged itself on the barn edge but we managed. Here are some photos from picking up taken by girlfriend: 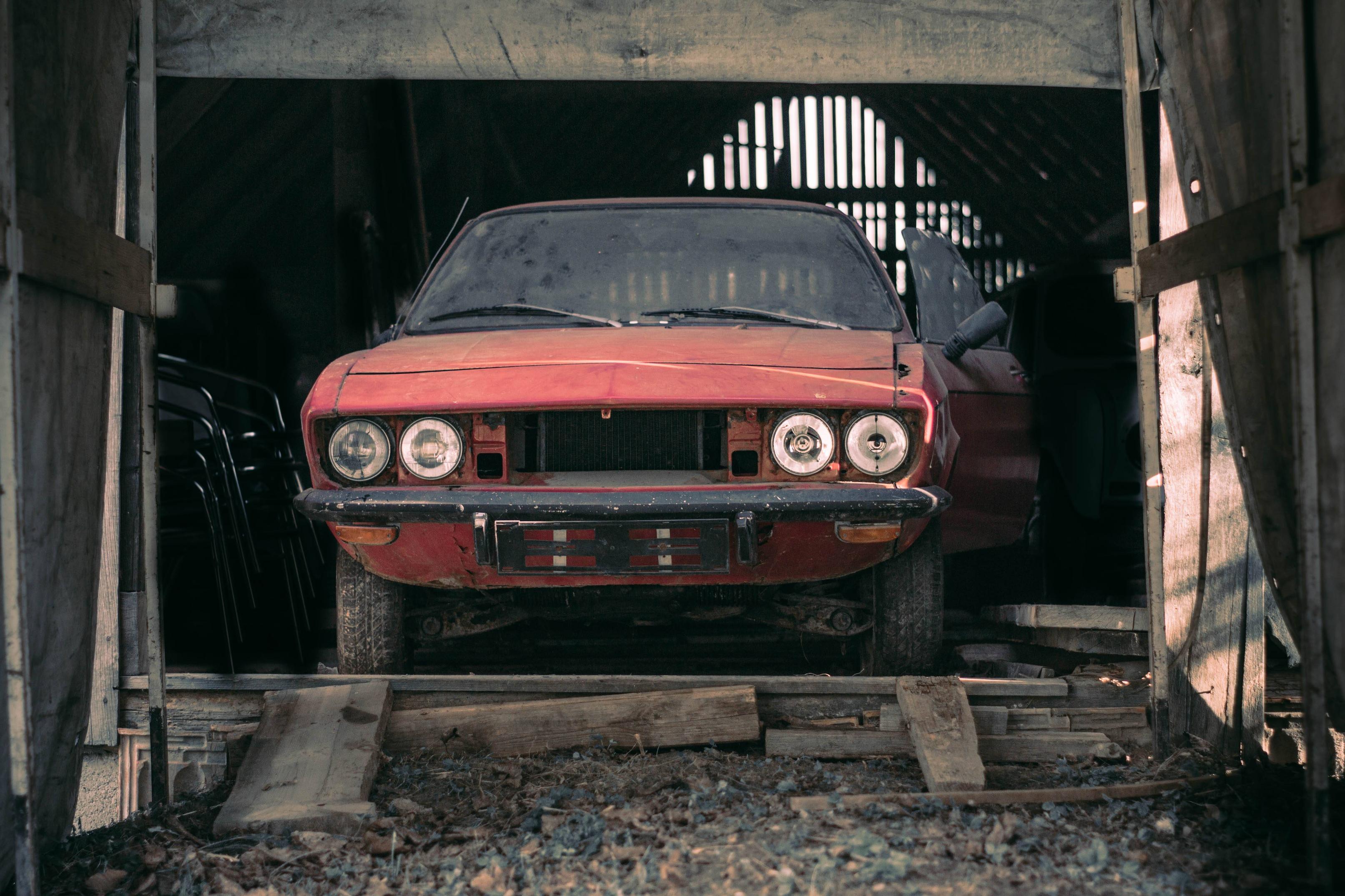 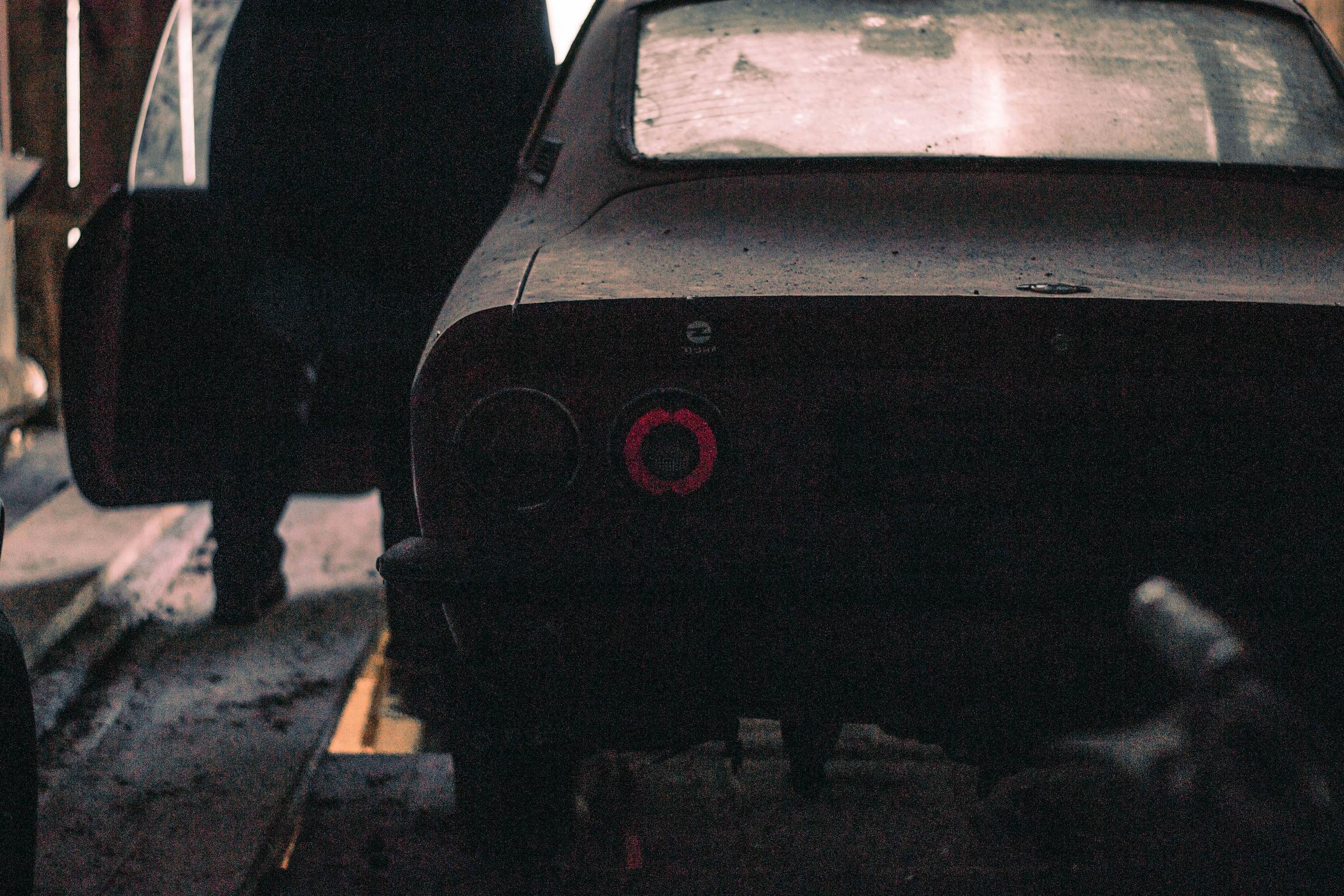 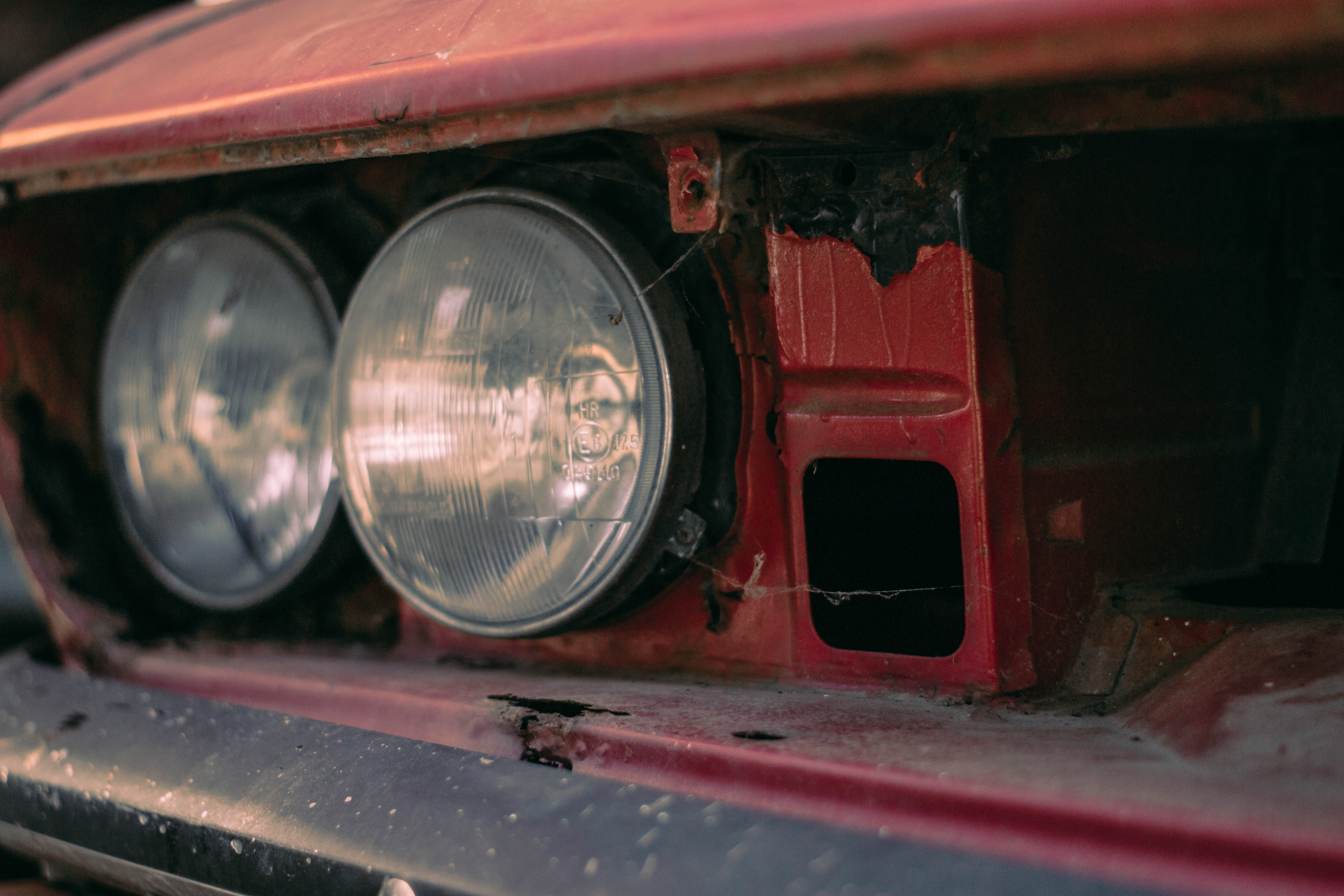 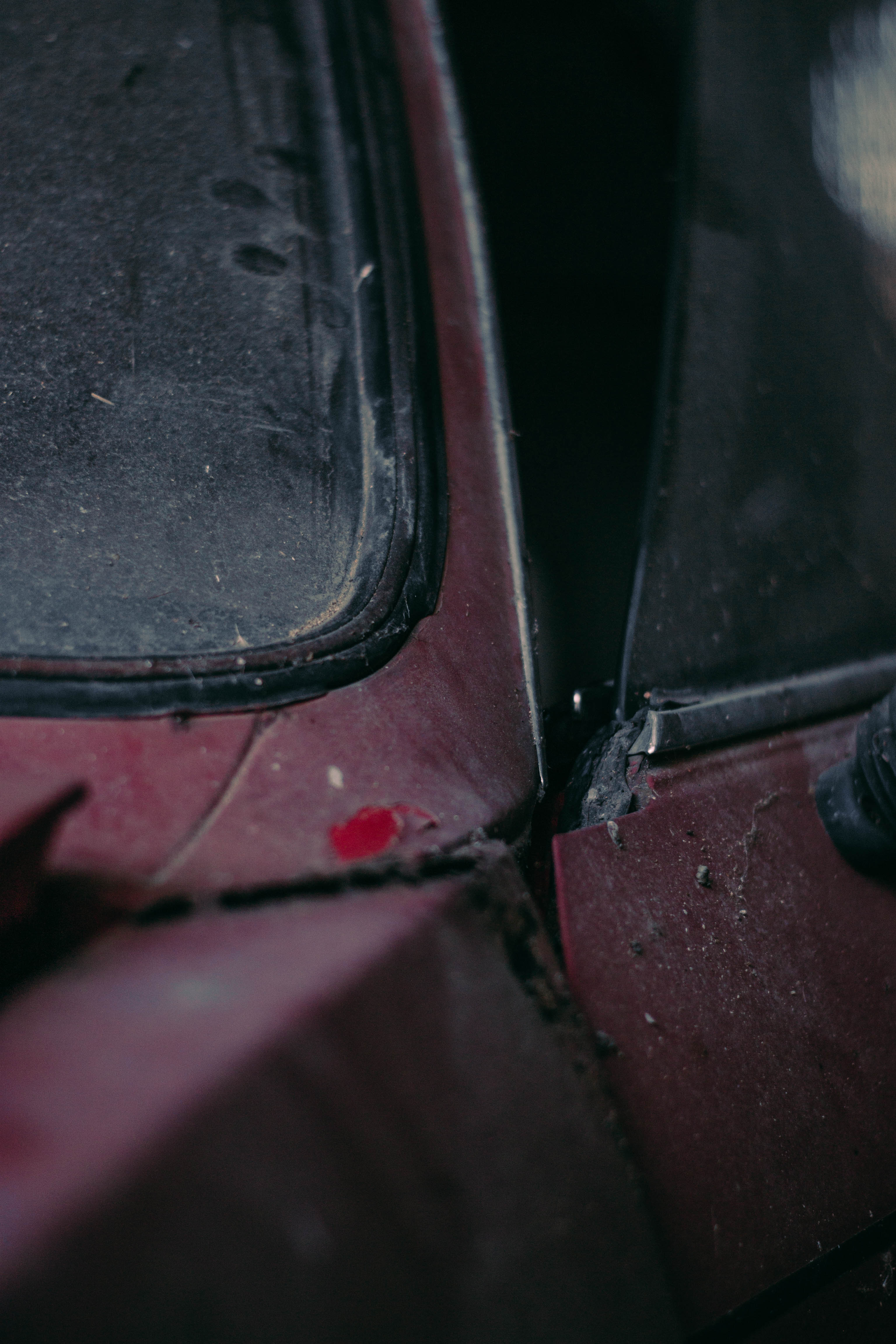 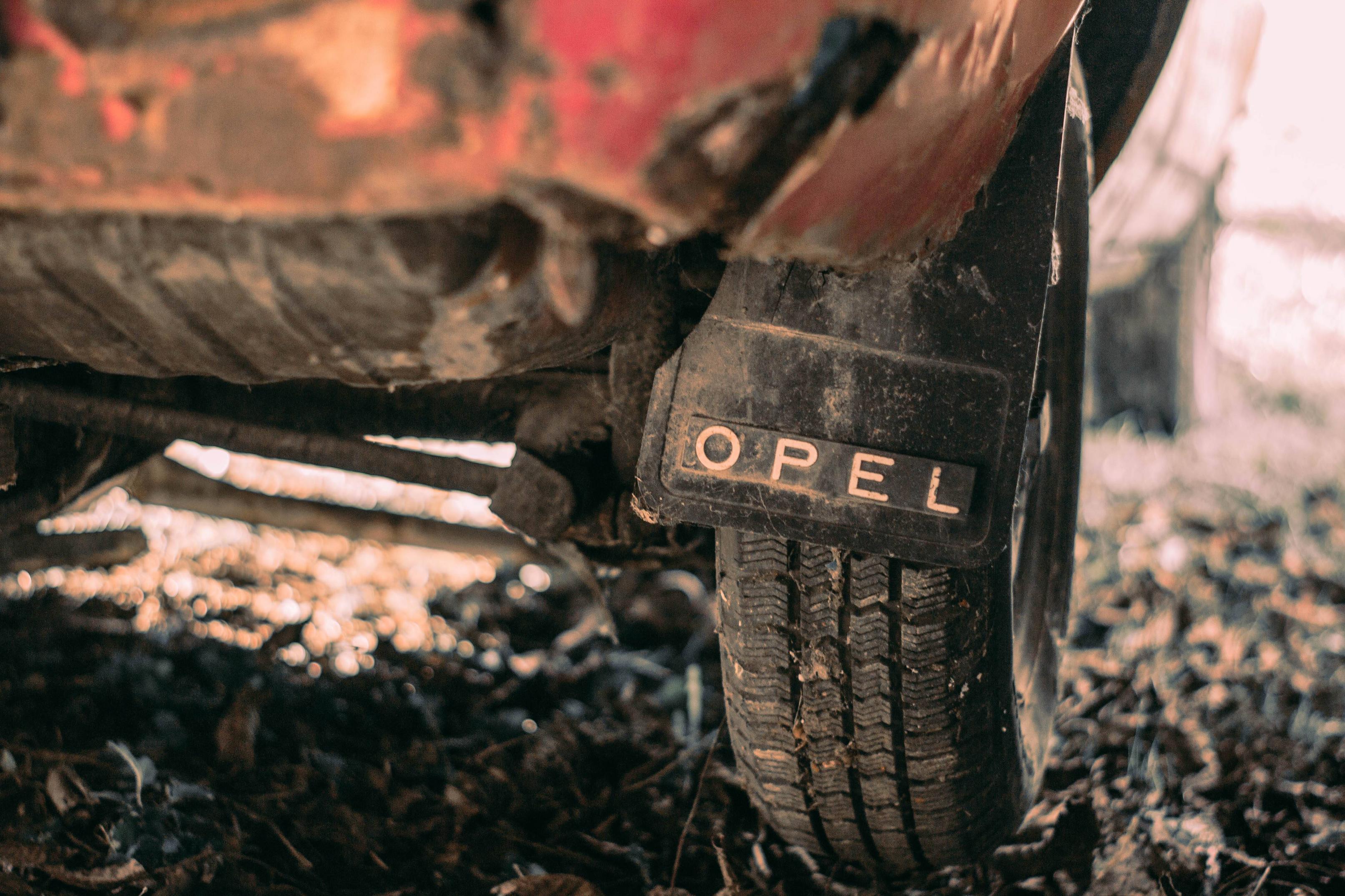 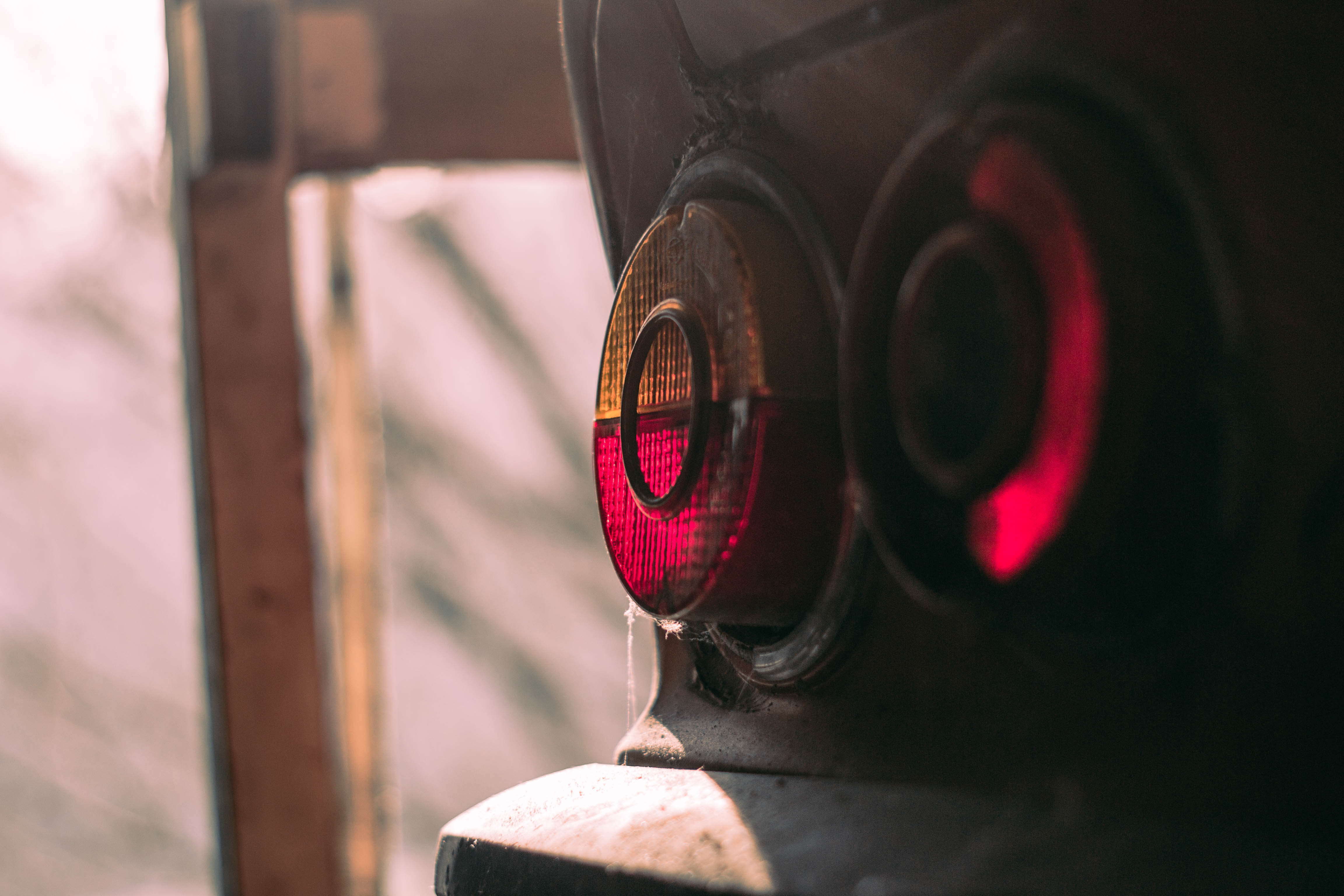 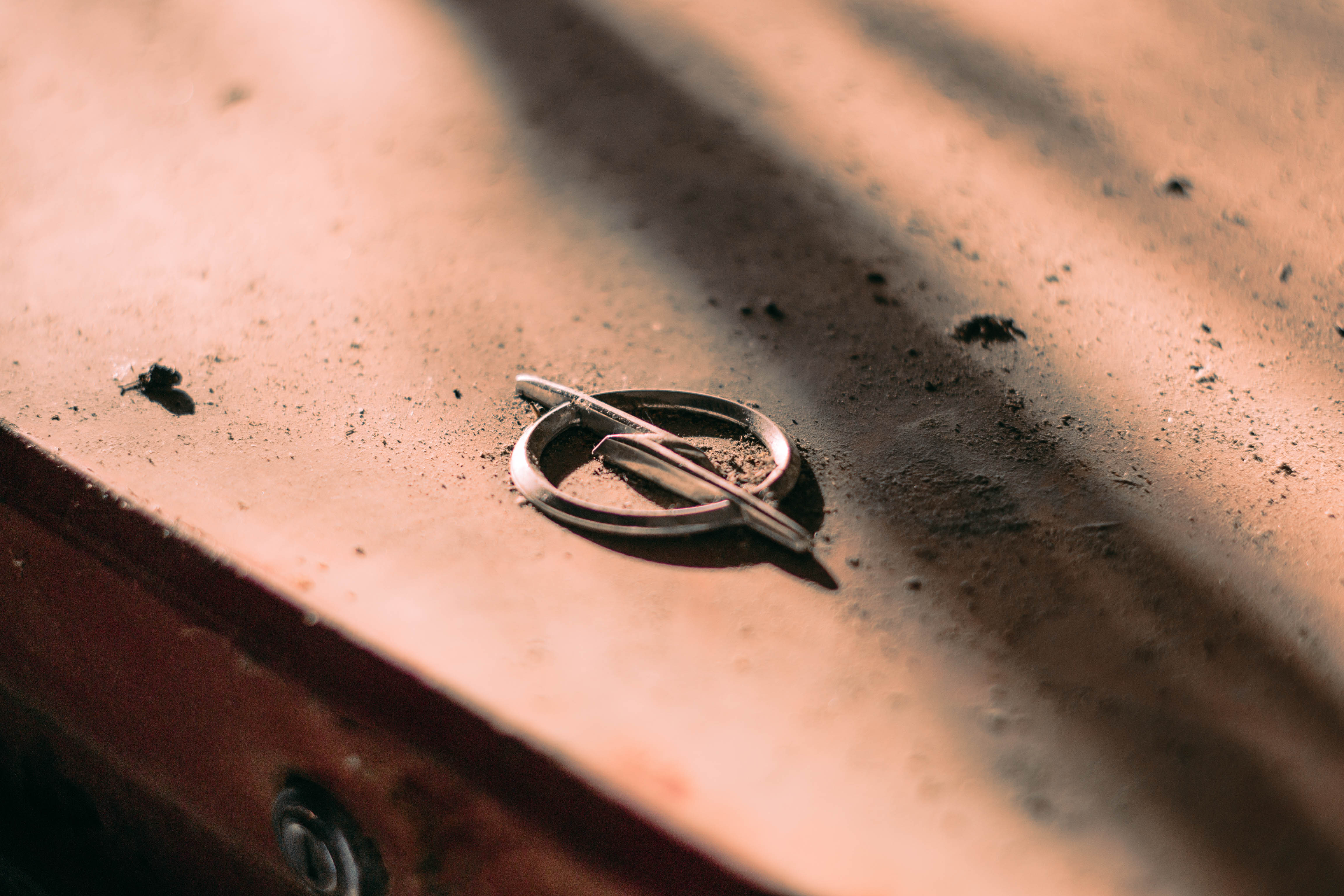 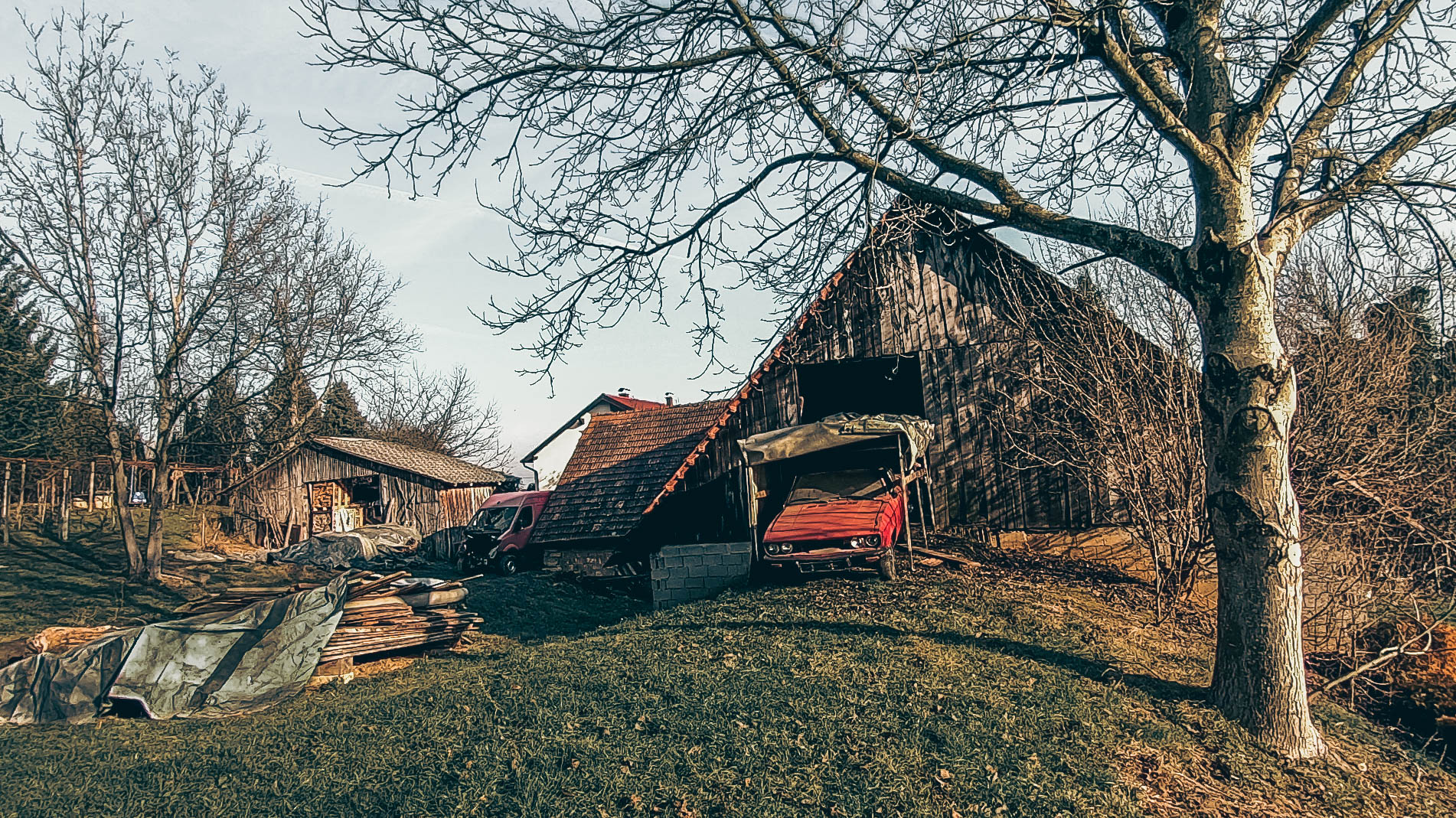 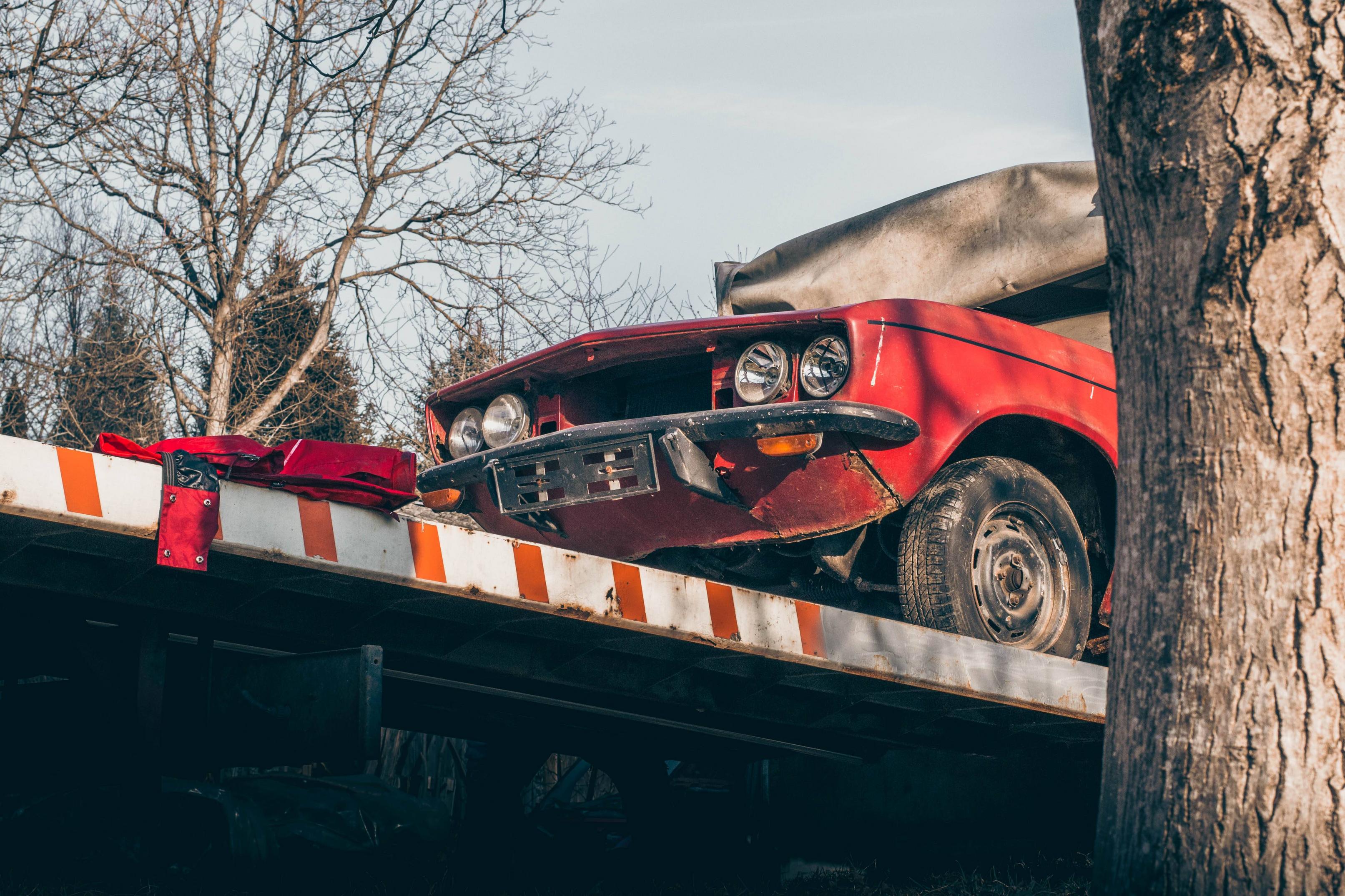 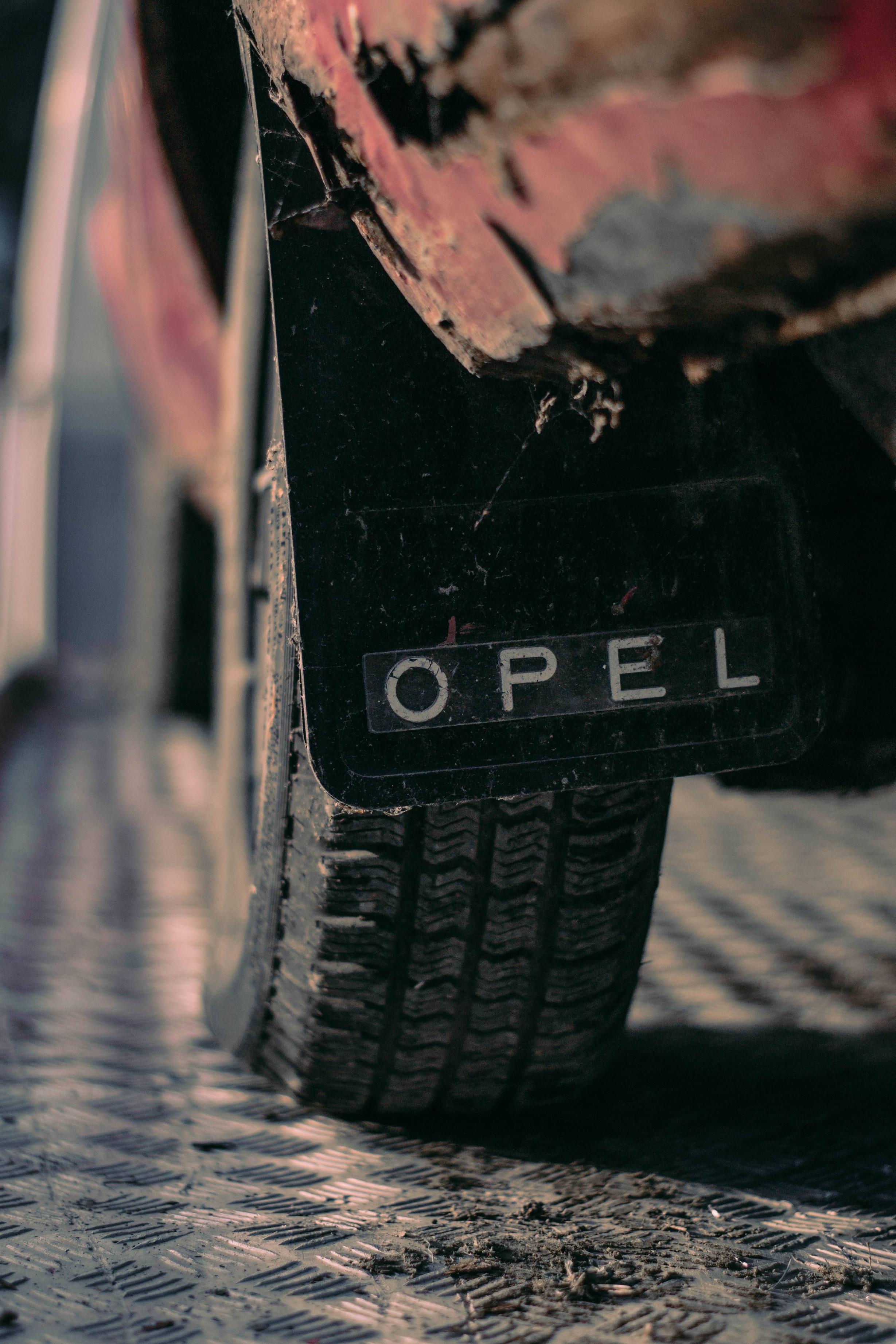 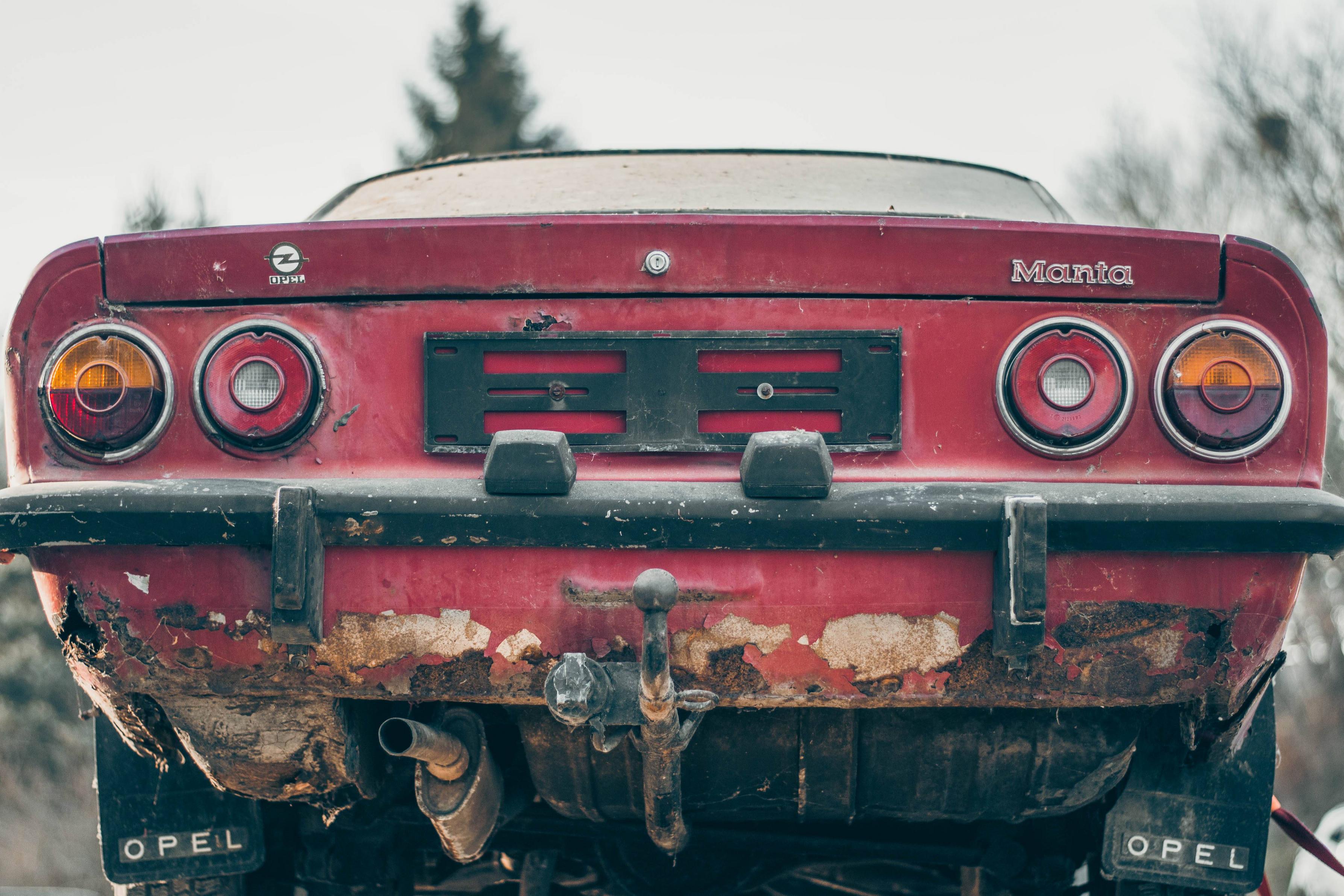 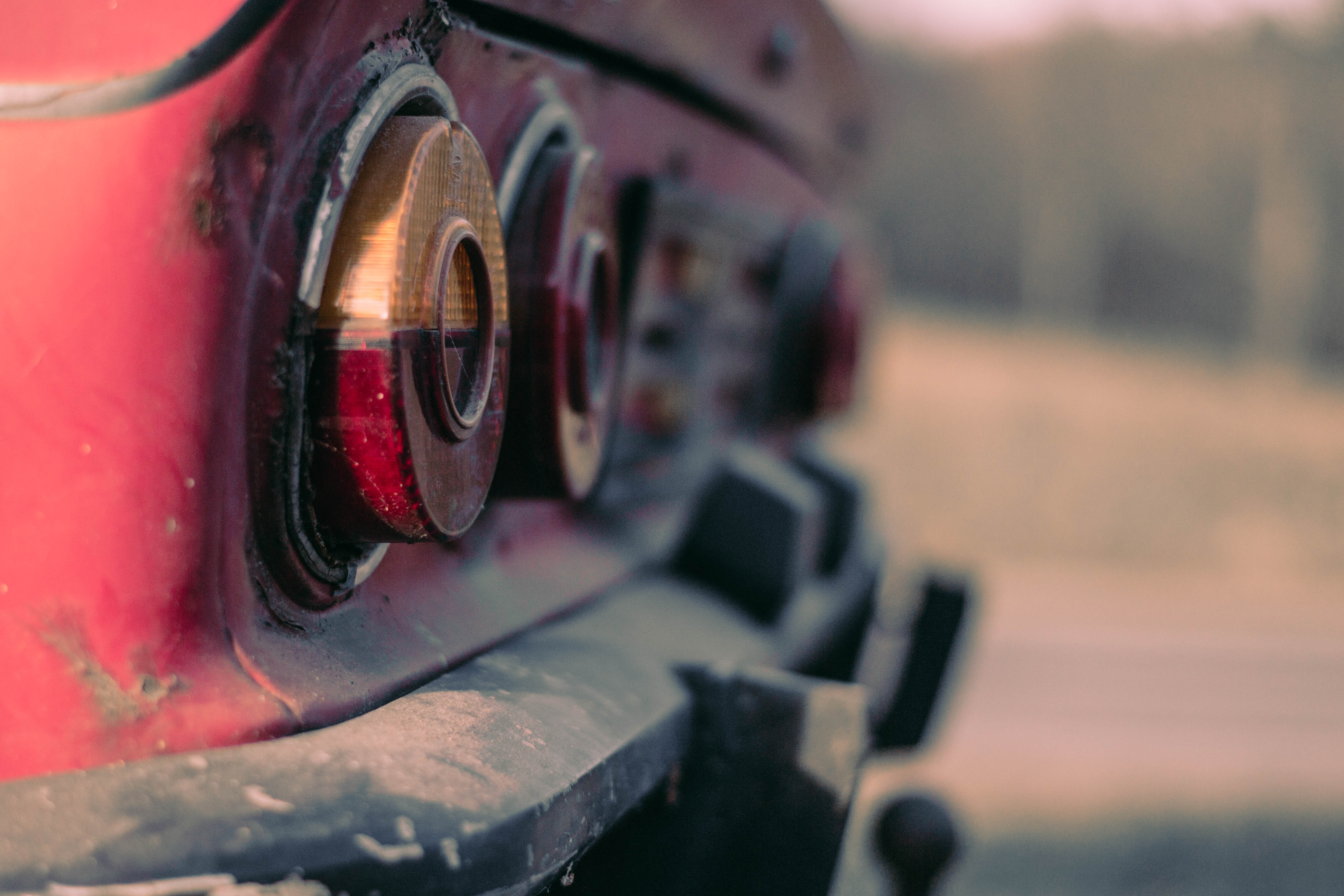 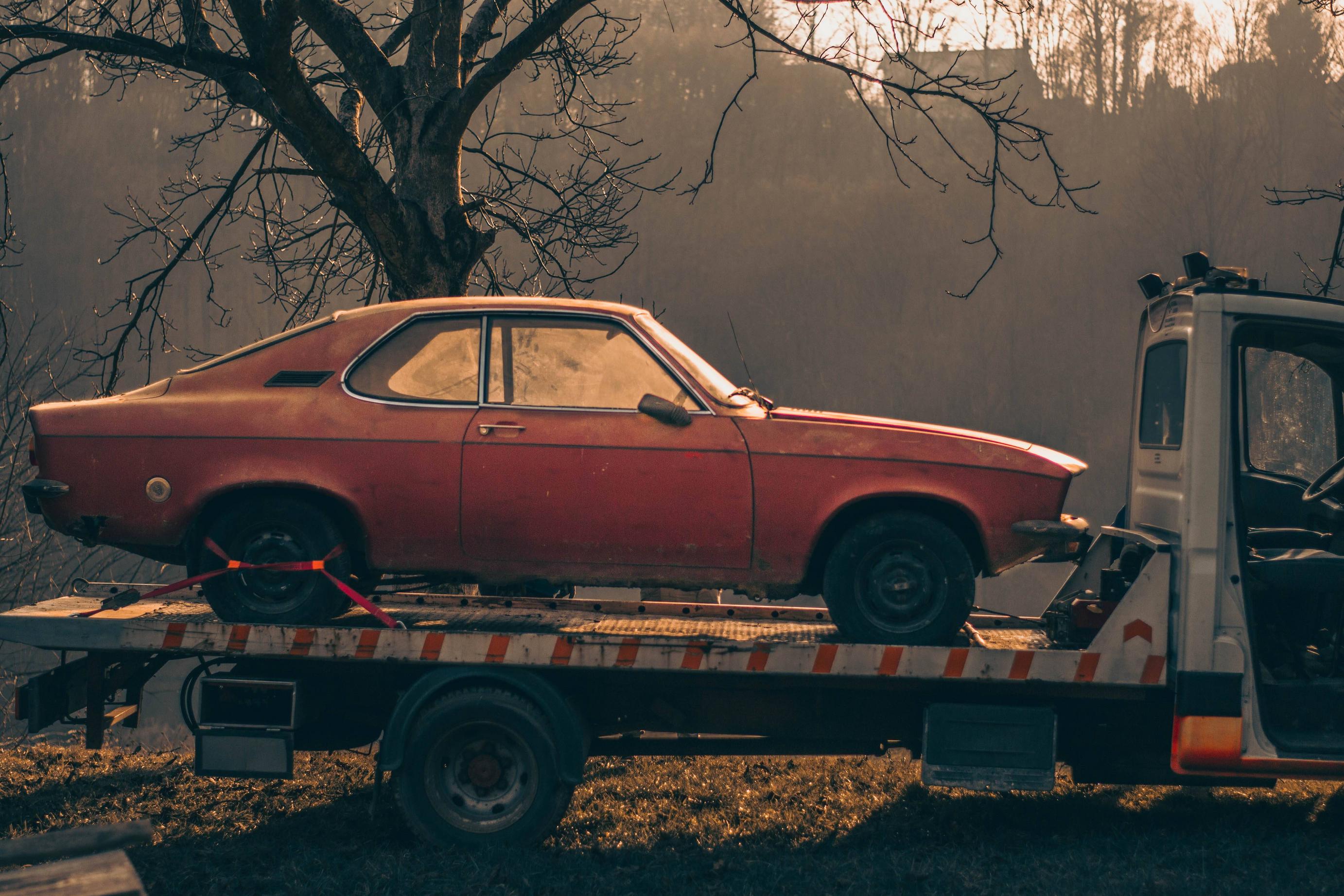 So, the idea came to film the restoraton project and so here is also the clip from picking it up:


Now the work continued and the temperatures fell into negative °C but I had to disassemble the car outside since there were signs of animals living in the car and if I were to get these residents in the workshop that I am furtunate enough to use I would not be a hapy camper. The disassembling went pretty okay, one door hinge didn't want to come apart but we were victorious anyways. A few pictures: 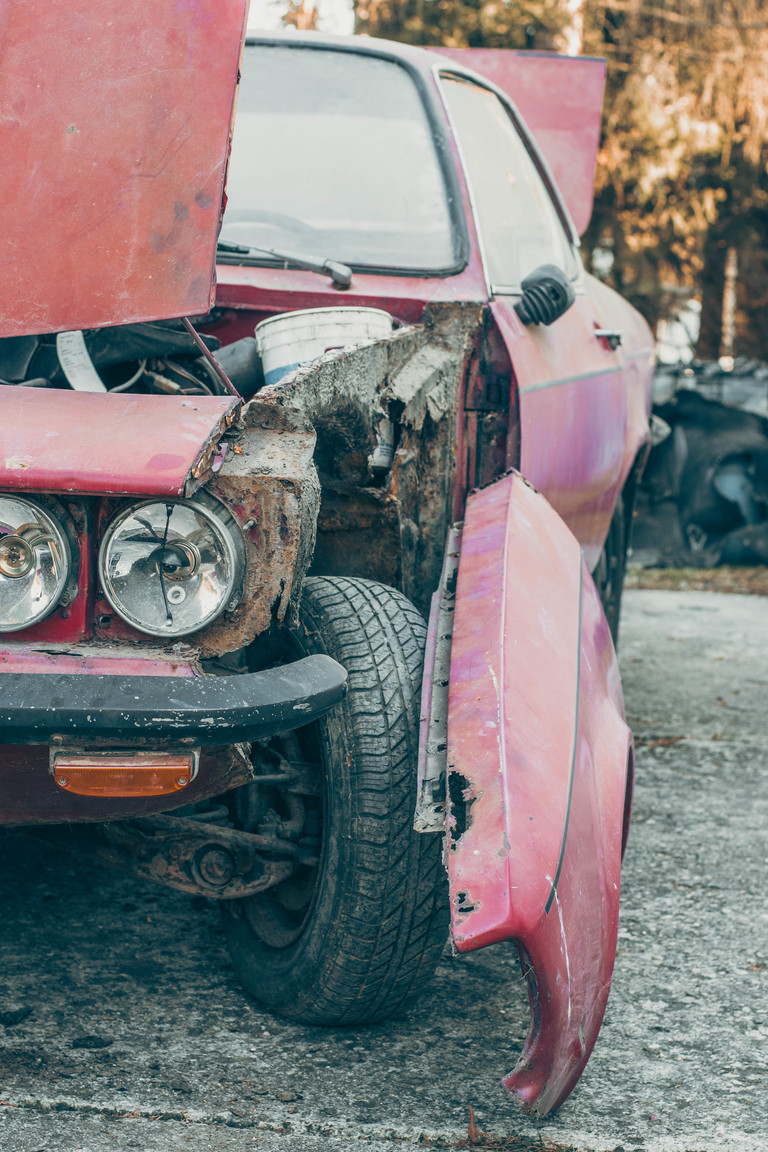 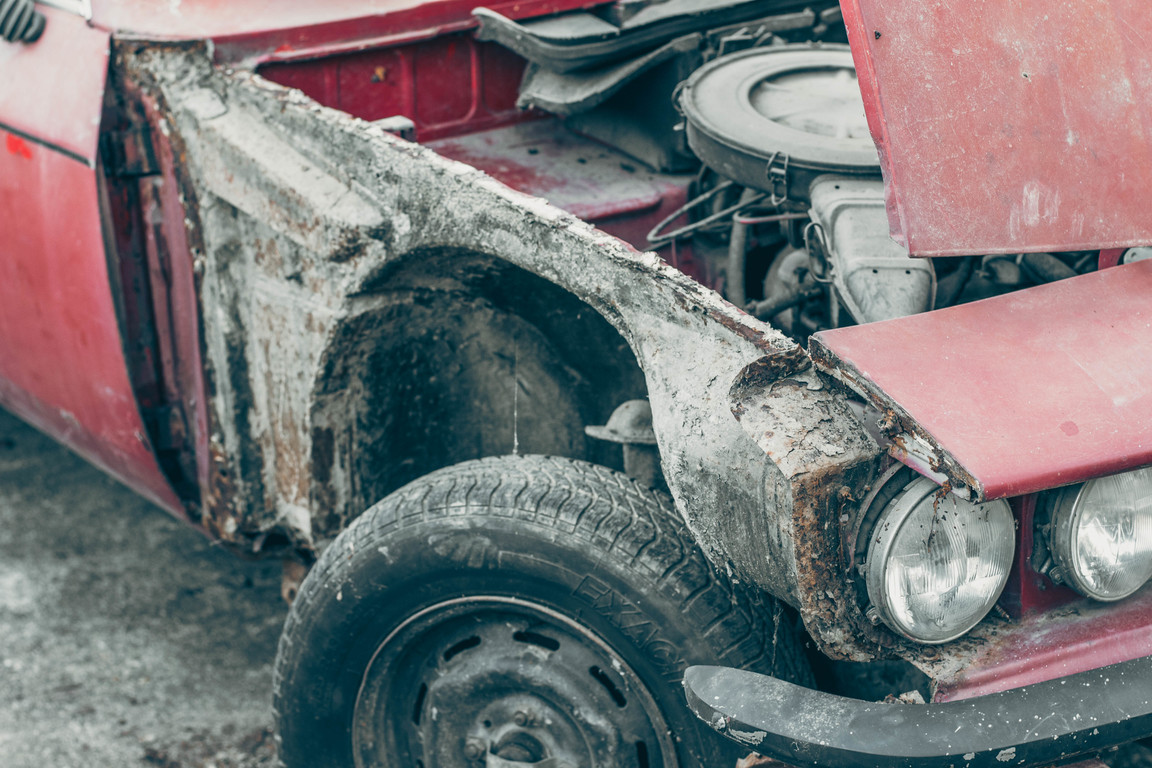 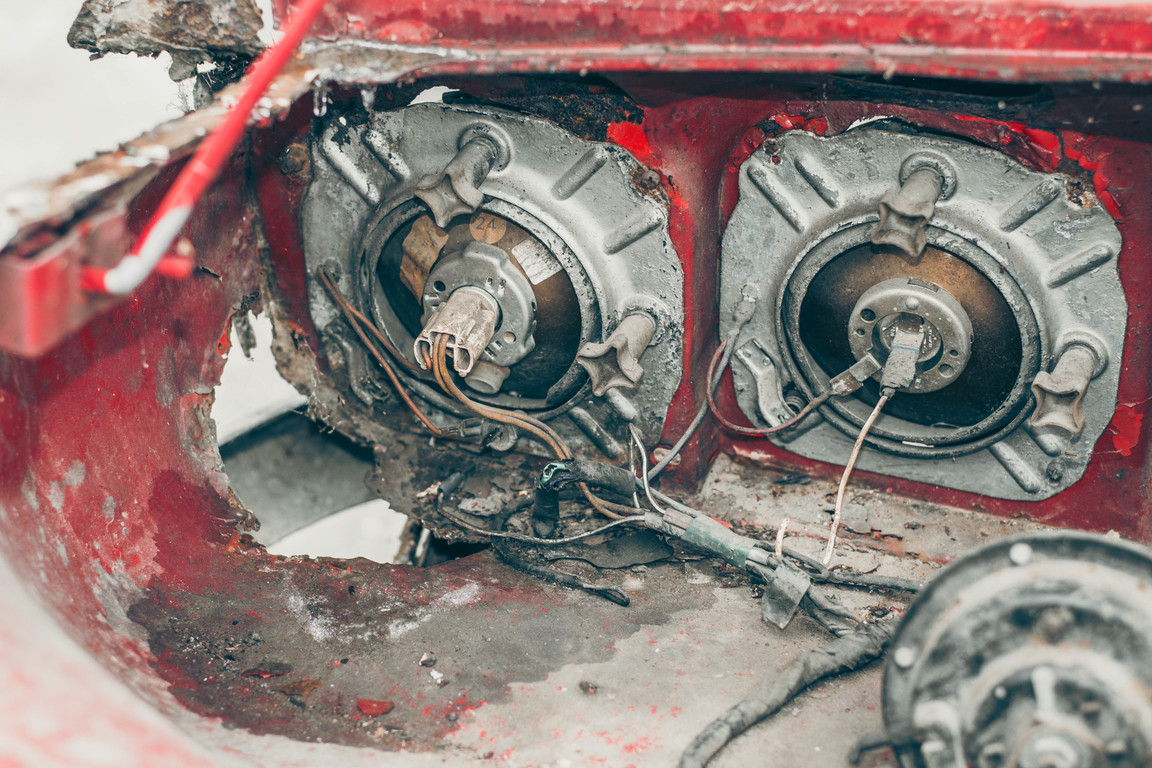 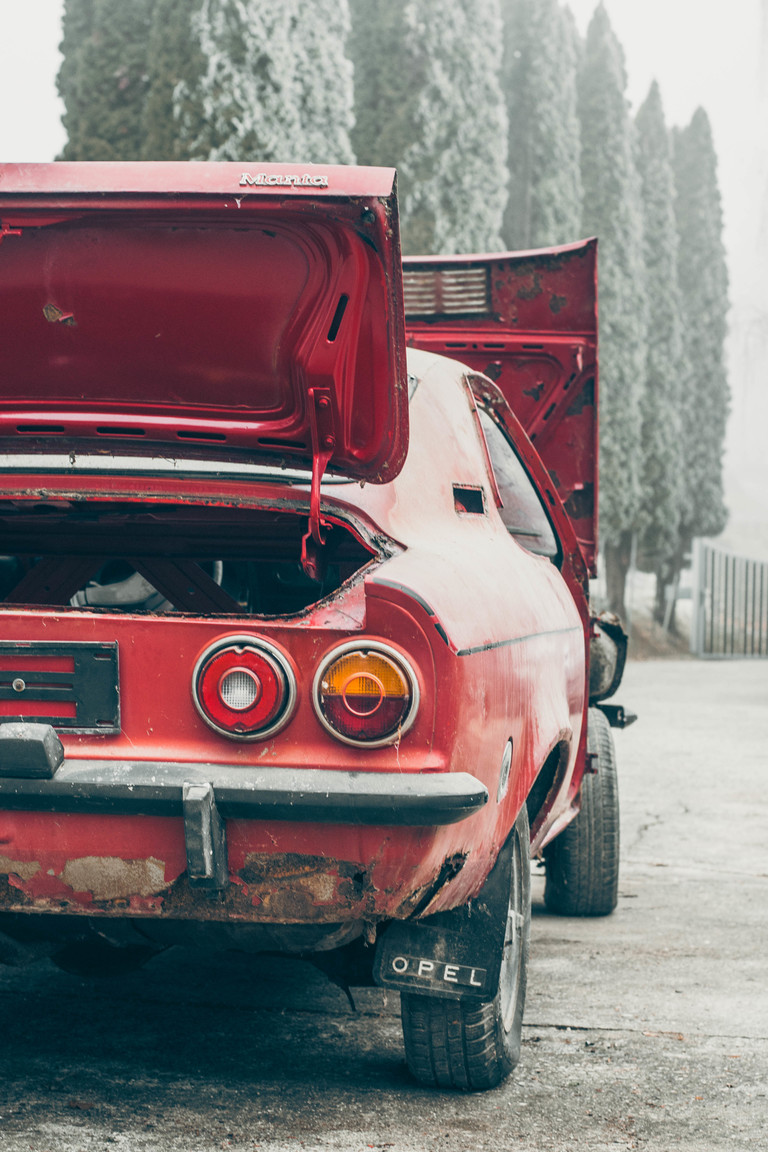 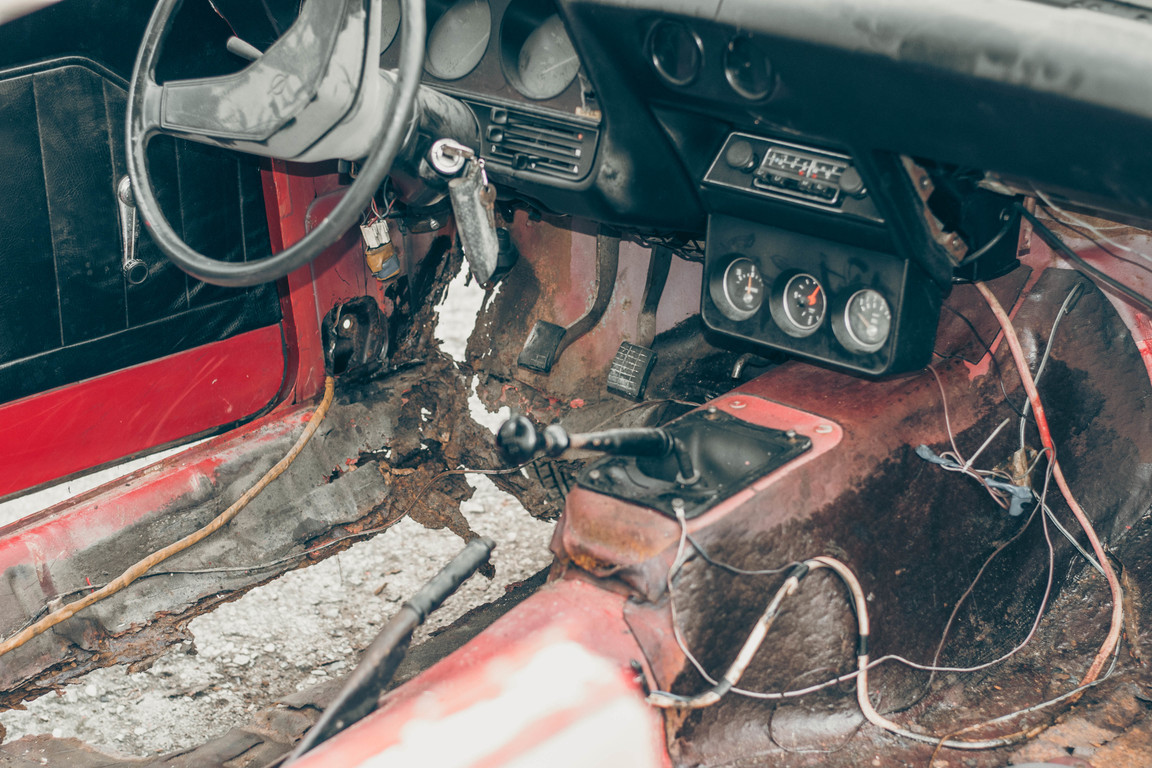 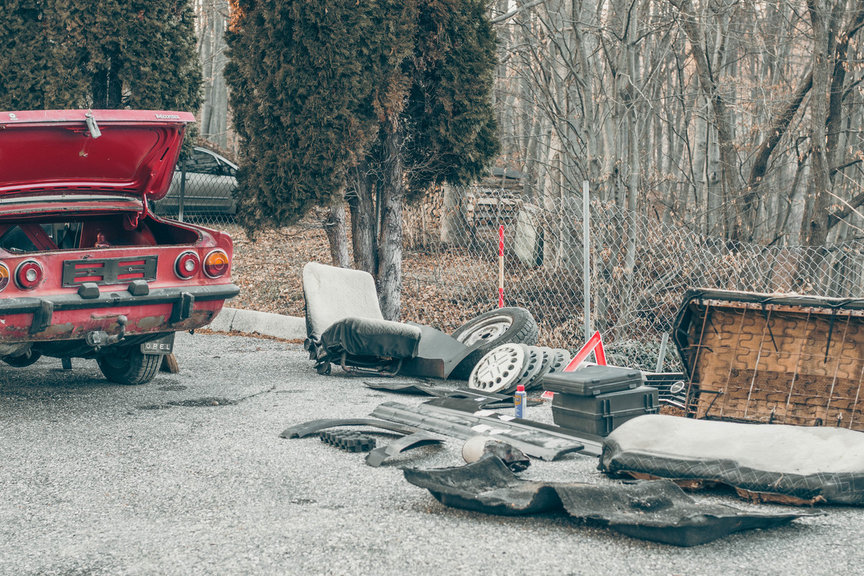 And the video of disassembling:


Now, this is the first time I am doing videos so it's not going to be a HBO production standardbut hopefully you will enjoy it and perhaps learn something. I am still learning to film, I use only a borrowed GoPro from a friend and cellphone (for the second part of second video since GoPro battery died) so nothing fancy for now.


As I have stated before, this project has more of a sentimental value and the fact that my dad agreed to help me out and friends like @nicjasno I feel trully blessed. The car is in rough condition, yes but the goal is not just the finished product but also the path towards it. I hope you have enjoyed and this post wasn't too long, I kind of just fell into it. There is a long way ahead, there will be a lot of work but I am looking forward to it.

Oh and the ownership proof: 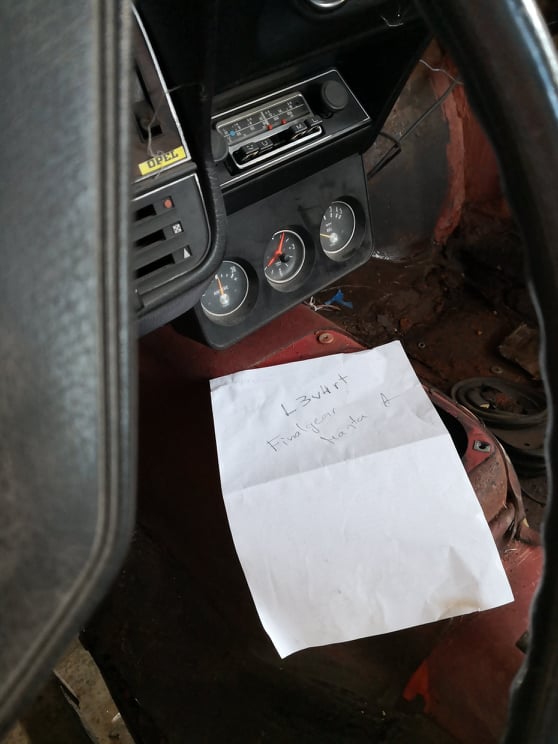 (sorry, the gearbox lever is already out)

I sincerely hope you can save this one. Best of luck.

Really great photos and the video series is worth watching. The car itself looks like a shed even for a barn find, but I'm sure you can pull it through to a finish - and the Manta A is a very pretty car!

Also, I love the way you presented this car. I didn't watch the videos (yet), but I love the story behind the car and the pictures are really awesome. And I do wish you best of luck with the project.

That is a lot of crust, good luck to you! I'll need to add this to my youtube video list now.

Will this sport a fox tail when complete?

Thanks to each and one of you! About the fox tail - isn't that kind of a B manta thing? I know the racing series B manta that runs 24h of Nürburgring rocks it so perhaps it will loog good on an A model as well

That's incredible. Good luck with the restauration, it looks like a lot of work.

Also yes, the stereotypes, including the fox tail, are a Manta B thing.

Another monday, another episode of the Manta project!

Well turns out when you have such a rusty car that putting it on a lift is a whole different problem. A few times the lift went up but the car didn't This is the episode of struggles with this, but in the end we have managed to get it up in the air so we can inspect the condition of the vehicle from underneath.