Better update this thread now that the forums are online!

after 2 weeks of returning from germany, on my way to eastern Finland, i noticed a noice coming from the car when going speeds between 50 and 100km/h.

i stopped at closest tire shop for a quick check, and they said that the _all_ rims are bent, but would not effect my drive back home.

at home i went to tire shop that specialises straightening of rims as high as 20", and they looked at them, results were not plesent as all of the rims were oval and bend on 3 directions (2 were perpendicular to each other) and were chinese knockoffs.

Quote would have been 350eur, without any promises on them keeping straigh.....

He also said that since my previous rims were went, the harder rubber has to realign itself to the new rim in couple of days. 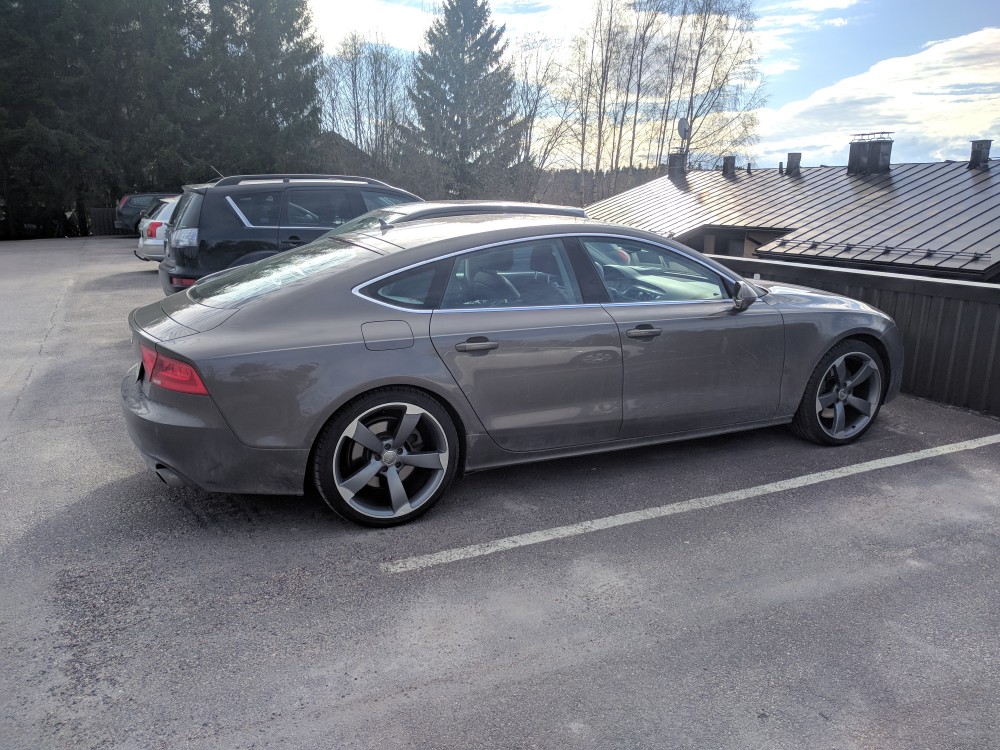 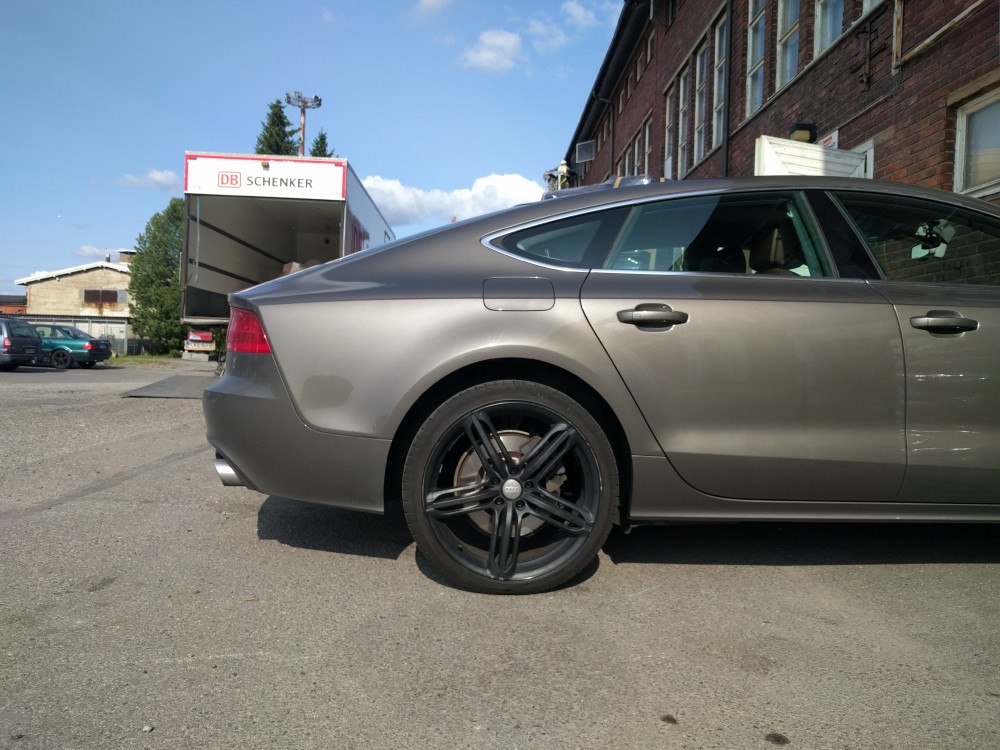 At first i didn't really like the rims being black, but that feeling has passed and everyone else also likes them.

They did their inspections of things, called me that sound is coming from the bearing area and requested a permission to change it, which i granted and they said they would call me back.
Later that day i got call that they need 1 more inspection to diagnose the issue further and would like to keep the car for one more day, which i granted.

next day i got a call that i can come to pick my car, and afternoon went there.

the issue was repaired, and my wallet was superleggerad. 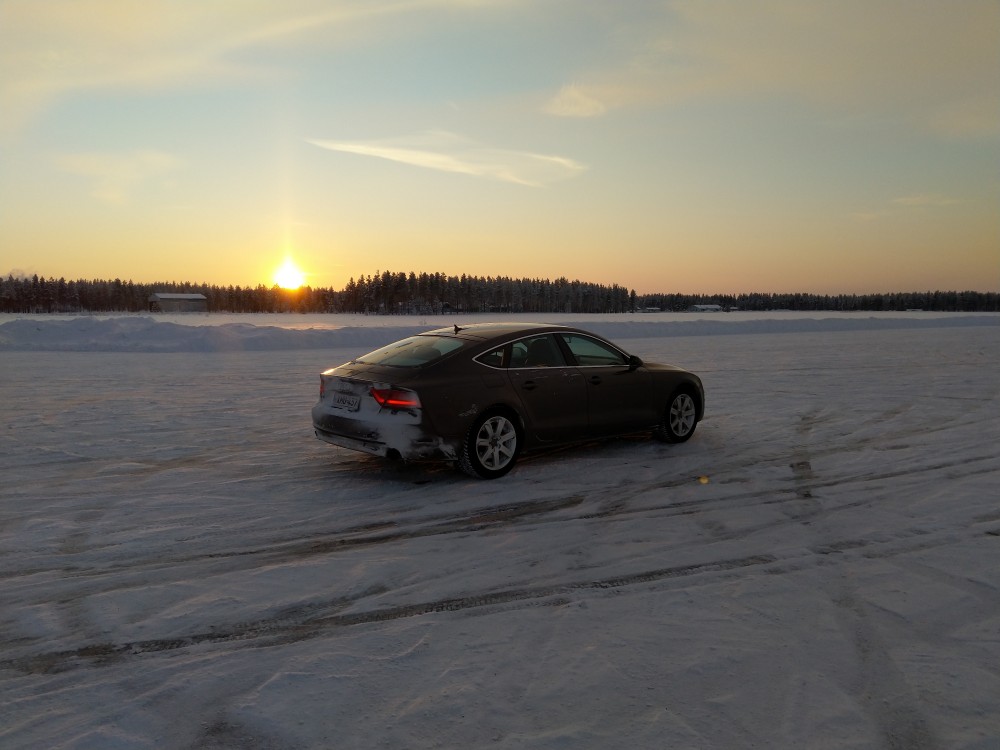 after the bonus deduction, its about 1000eur/year (because financing required all the insurances).
<MXM> ZeDestructor, there is no trying to Galantti. You either Galantti or not Galantti.
Motives Of transport:
VW id3

Galantti said:
after the bonus deduction, its about 1000eur/year (because financing required all the insurances).
Click to expand...

Galantti said:
after the bonus deduction, its about 1000eur/year (because financing required all the insurances).
Click to expand...

Thanks to Anesthesia, i got 2 new licence plate lights (for cheap) to replace my strobe effect ones: 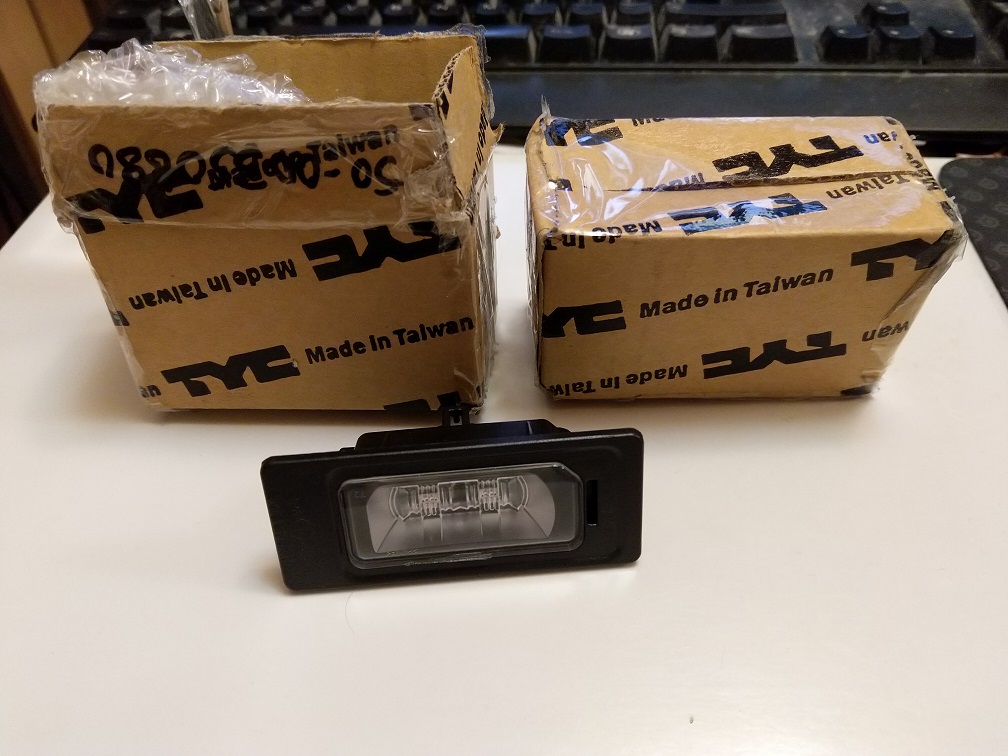 1,000 per year includes everything? Car payment, inspection, and insurance?

just to clarify:
Roadtax is 719 eur/year.
Full insurance is 1000eur/year, which does not include car payment or inspection.
inspection is about 50eur/year (or 2 years depends on how old the car is).
Last edited: Feb 4, 2019
<MXM> ZeDestructor, there is no trying to Galantti. You either Galantti or not Galantti.
Motives Of transport:
VW id3

I have the dumb, still haven't found a cure... Carry on!

As posted on my other thread:

i will miss this car

So long, best ring off-roader of the forum.