LOL. I dubbed him that ages ago. Had a former colleague of the same name who worked on the upper floor of the office while most of the team worked downstairs and that's what I used to call him. 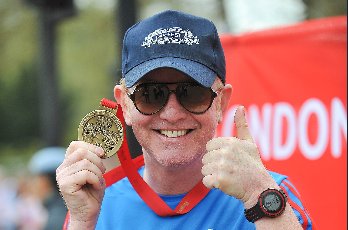 what happened to the 7 white ferrari's he had?

bone said:
what happened to the 7 white ferrari's he had?
Click to expand...

The automatic piano drove them all crazy until they switched on their engines and committed suicide.

bone said:
what happened to the 7 white ferrari's he had?
Click to expand...

Not sure what he has at the moment, but he is very smart making millions, buying and selling.

One Ferrari at least is gone according to Wikipedia

"On 18 May 2008, Evans attended RM Auctions/Sotheby's Ferrari auction in Maranello, Italy, and bought a 1961 250 GT Spyder California SWB formerly owned by US actor James Coburn for the then world record price of 6.4 Million Euros. In May 2010 he bought a 1963 Ferrari 250 GTO, one of only thirty-six built, for ?12 million. Reportedly he sold three Ferraris from his collection to pay for it. He sold it three years later for $42 million, more than double what he paid for it.[66]"
You must log in or register to reply here.
Share:
Facebook Twitter Reddit WhatsApp Email Link
Top